The curve is reminiscent of an outbreak of the coronavirus: It heads ever higher, almost exponentially, as if a new viral mutant is driving infection numbers to incalculable heights.

But the curve in question is actually BioNTech’s value on the stock market. The share price of the Mainz, Germany-based vaccine manufacturer has more than doubled in the past four weeks. By Wednesday evening, the company had a market capitalization of more than $100 billion on the Nasdaq, the American technology stock exchange. BioNTech is even outperforming blue chip German companies like Daimler, insurance giant Allianz and chemicals giant BASF.

The hype is fueled by Delta, the highly infectious virus variant that is spreading with increasing speed across Germany, the United States and Asia. And by the fact that Comirnaty, the vaccine produced by BioNTech and Pfizer, and Moderna’s Spikevax, no longer work quite as well as they did against the original virus – at least not after two doses.

For months now, BioNTech founder Uğur Şahin and Pfizer CEO Albert Bourla have been promoting a third dose. Countries including Israel and Hungary have already started with booster vaccinations for high-risk patients, and Germany, France and the United Kingdom plan to follow suit soon. The "booster” shots are to be given to millions of people in industrialized nations.

But what’s the point of a booster, especially one that has only been designed for the original version of the virus? Especially given that BioNTech has already been working on a new version of its vaccine that has been in the testing process for months that specifically addresses the Delta problem.

It is still unclear how often booster shots will have to be administered for the coronavirus vaccines. Initial findings suggest that the number of neutralizing antibodies already begin decreasing only weeks after vaccination, particularly in older people or those with previous illnesses. They often have fewer antibodies from the start than young, healthy people. And given that they were at the top of the priority lists, most were vaccinated six months ago.

With the Delta variant, what is called an antibody escape also appears in rare cases. To some extent, the virus evades the protective antibodies, with the effect that in individual cases, even fully vaccinated people can get infected and infect others. Overall, however, the data from Israel, Britain and Canada show that all the vaccines approved for use in Germany offer good protection against Delta, particularly against severe courses of the disease.

Booster vaccination with the "classical" vaccine also proved successful, according to interim results of a study by the manufacturer. It found, for example, that antibody levels in 18- to 55-year-olds increase more than fivefold on average with the third dose of Comirnaty. In 65- to 85-year-olds, they increase almost twelvefold. In both groups, the levels against Delta were reported to be barely lower than for the original virus. Final results are expected in two weeks at the latest.

Protection Believed To Be Higher

The protection provided against Delta could thus be higher after the third dose, even with the current vaccine. In addition, there has been no sign of a build up of any side-effects so far. "You can virtually rule out the possibility that a third dose of vaccine is harmful or dangerous," says vaccine expert Leif Erik Sander of Berlin’s Charité University Hospital.

Given the high antibody levels from booster shots, BioNTech CEO Şahin saw no need to "quickly generate a new variant vaccine." Nevertheless, BioNTech and Pfizer have developed a variant of Comirnaty that specifically targets the Delta variant. A clinical test of the new vaccine is slated to start in the next few days, with results expected in late autumn. To be approved by regulators, the vaccine would have to prove to be more effective against Delta than its predecessor.

In people vaccinated with Moderna, a third shot also provides greater protection against the virus mutants, according to its manufacturer. In one study, vaccination with different mRNA booster candidates from the company produced "robust antibody responses” against Delta and other variants, U.S.-based Moderna reports. After the third dose of Spikevax, antibody levels against Delta were higher than following two doses against the original virus. This is likely the reason Moderna has not moved forward yet to develop a booster specifically tailored to Delta.

"You can virtually rule out the possibility that a third dose of vaccine is harmful or dangerous."

Germany has enough doses in stock from both manufacturers to provide a third shot to people who are especially at risk. In other parts of the world, though, vaccine supplies are still scarce. Vietnam, for example, has only vaccinated 0.81 percent of its people. In Sudan, that figure is a mere 0.43 percent. In total, only 15 percent of humanity is fully immunized.

This has prompted the World Health Organization to admonish countries not to move forward with booster shots before the end of September. The body has said that the focus should instead be on ensuring that the people at highest risk around the world get their first and second vaccinations.

Critics say that large-scale third shots are not only unfair right now, but also hinder the battle against the pandemic. As long as significant parts of the world’s population are not protected against the virus, it will continue to spread and mutate. In the worst-case scenario, variants could develop that are resistant to all vaccines.

BioNTech and Pfizer have announced that they will supply 500 million doses at cost to poorer nations, with the U.S. government picking up the tab. At the same time, both manufacturers are continuing to sell enormous quantities to the industrialized nations at significantly higher prices. The EU alone has already ordered an additional 1.8 billion doses, because even a third shot of the vaccine might not be enough. Pfizer CEO Bourla believes annual booster shots might be conceivable for high-risk patients. They would also be an ongoing source of revenue for the manufacturer, hence the continuing rise in share prices for BioNTech and Pfizer.

BioNTech plans to use the money from COVID-19 vaccine sales to develop other drugs based on mRNA technology: against cancer, malaria and tuberculosis. 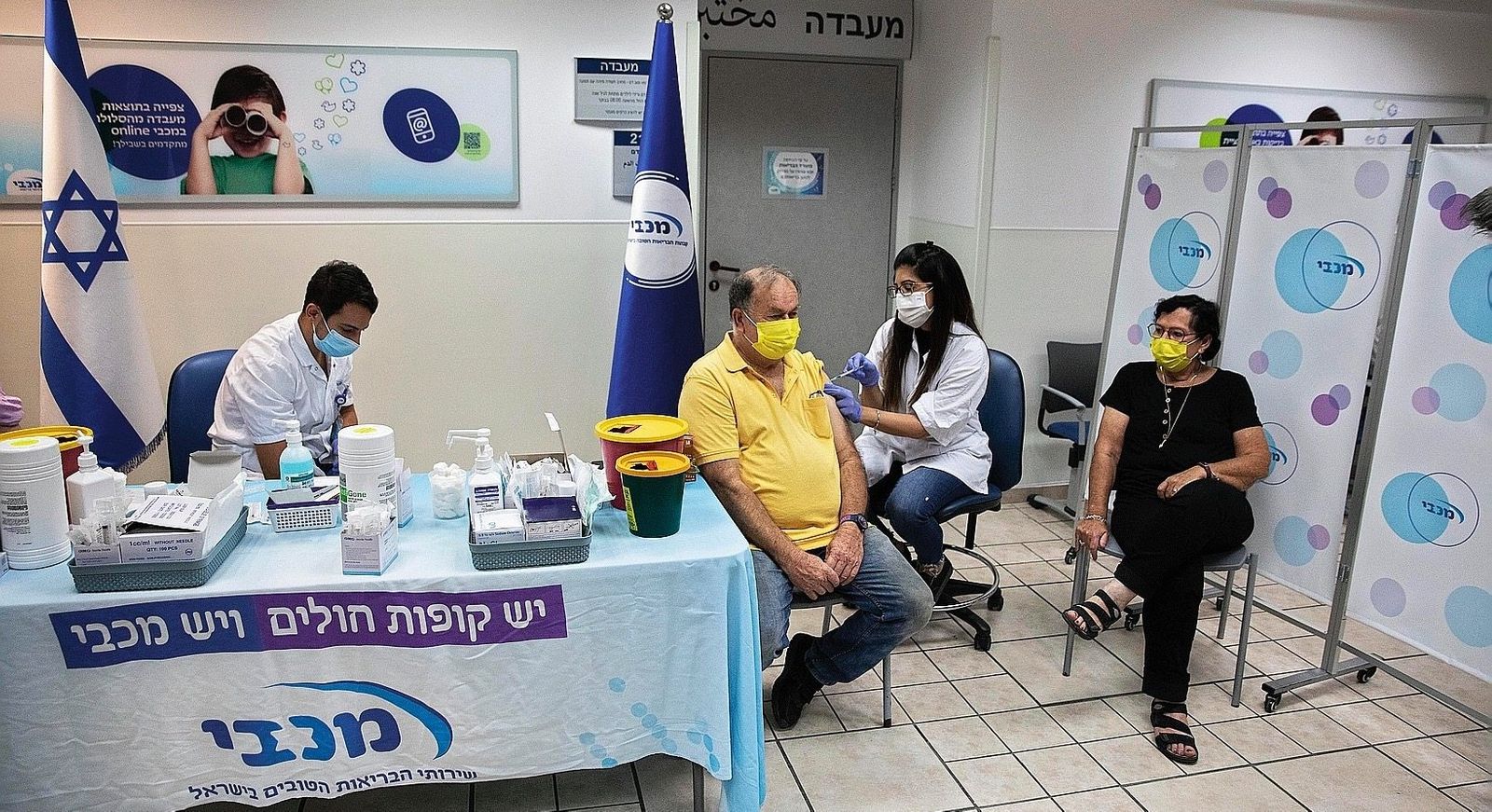 A patient receives a booster shot in Israel. 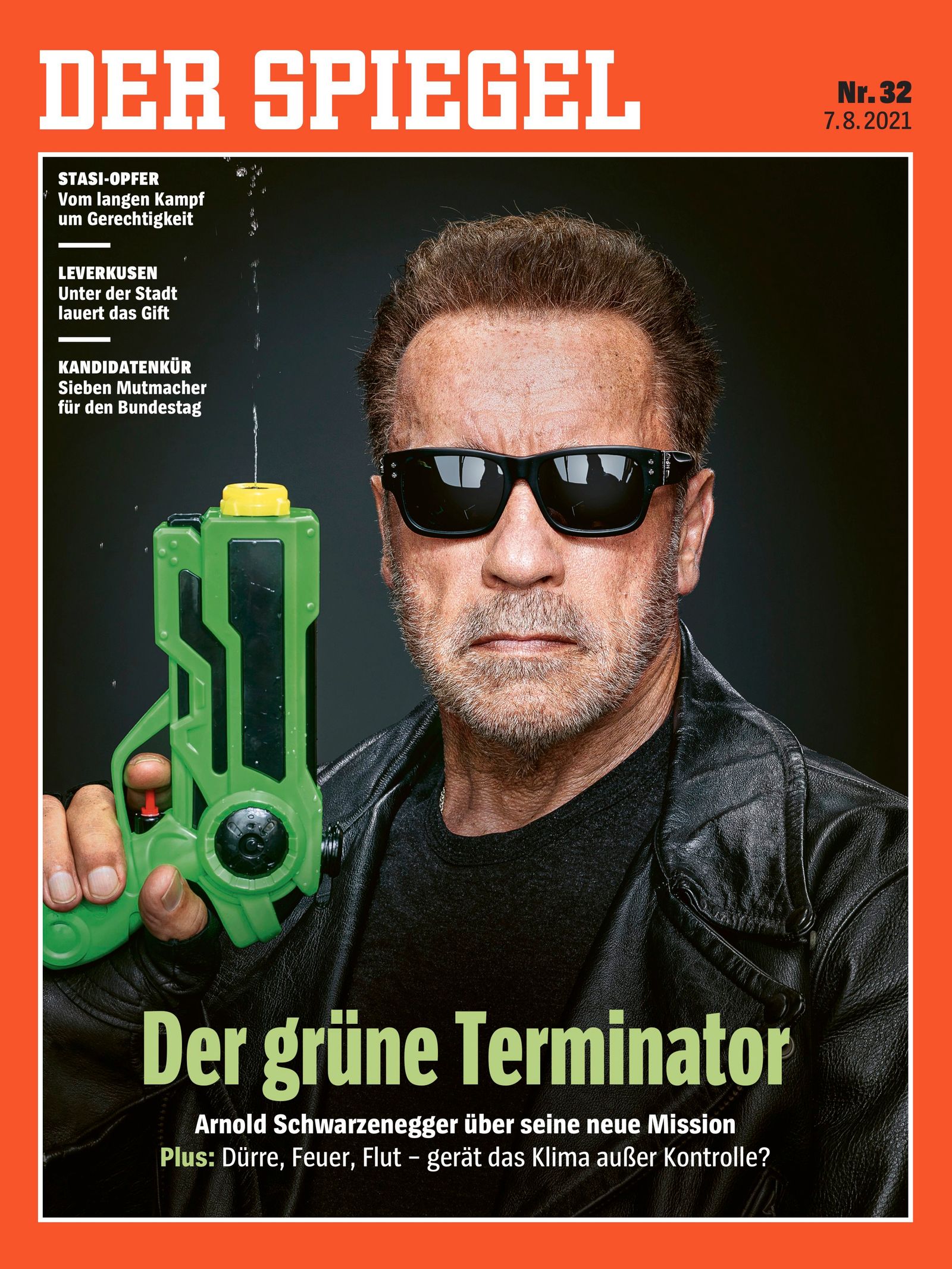