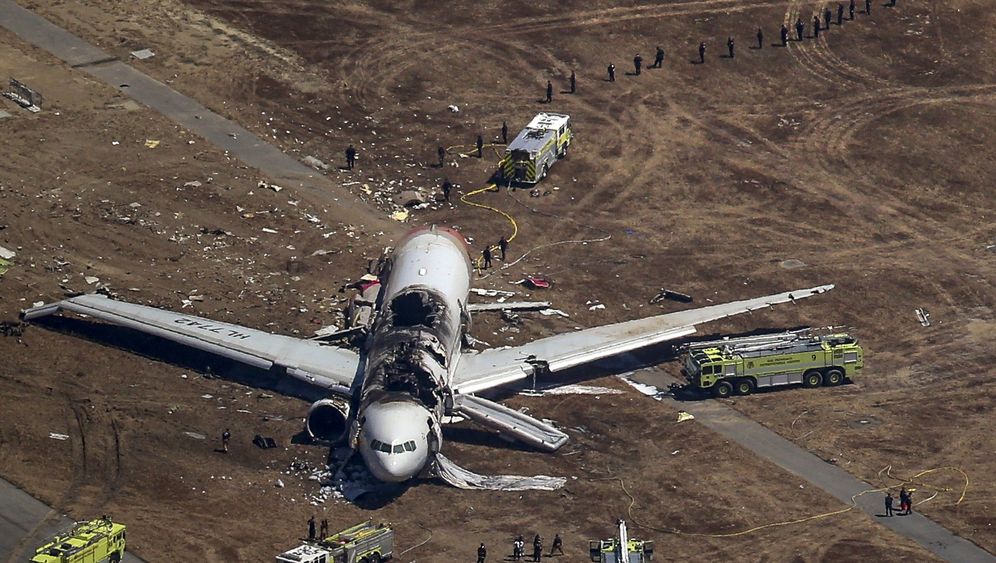 A lot of newsprint has already been devoted to speculating about the cause of the dramatic crash landing of an Asiana Airlines Boeing 777 at San Francisco International Airport on Saturday. But pilots that have flown into the California airport in recent weeks also have major questions about the accident that left two people dead and 182 injured.

A landing safety system has been out of service for weeks because of renovation work, including a component of the facility's instrument landing system that tracks an incoming airplane's glide path. Deborah Hersman, head of the United States National Transportation Safety Board, said that investigators would examine what role the absence of a glide slope system played in the accident. A statement from the Federal Aviation Administration (FAA) on Sunday said that the glide slope system, which pilots were informed would be turned off, is "not necessary for safe landing" on visual flight routes at this particular airport.

A German airline pilot who regularly lands at the airport and has asked to remain anonymous says he was not surprised by the accident, though. "A stabilized arrival in San Francisco has become practically impossible," the pilot said in an interview with SPIEGEL ONLINE. "It was only a matter of time before something like this happened."

No one can say with certainty what the cause of the accident was. But what is known so far about the circumstances of the crash do fit the profile of an "unstabilized arrival," the German pilot, a captain, told SPIEGEL ONLINE. The Boeing initially approached the runway at too high of an altitude and then began to decrease rapidly. The automatic landing system that is currently out of service would have warned the pilot earlier.

Before it hit the runway, the aircraft apparently crashed into a seawall that protects the beginning of the runway from the water of the San Francisco Bay. The airplane was catapulted back into the air and came down again hard, with the undercarriage slamming against the asphalt. The impact was so powerful that it ripped the tail of the plane clean off.

Without the tail fin, it is nearly impossible for a pilot to steer a plane in a straight line. Plus, several parts of the undercarriage had snapped off. The scattered debris and luggage are evidence of just how great the impact was. "Under the circumstances, one could say that it turned out much better than it could have," the captain told SPIEGEL ONLINE.

Among his colleagues, the San Francisco International Airport has a particularly bad reputation. In addition to the electronic landing system being off, the pilots were often instructed by the air traffic controllers to approach the runway at an extremely steep rate of descent, he said. Presumably due to noise concerns, the aircraft were supposed to make their path of descent as short as possible, so that they would only be flying at low altitude for a brief period. "This rate of descent is often the maximum of what is allowed, and sometimes even higher," the captain said.

Adding to these stressors, the pilots must also land in quick succession. These chaotic circumstances are not without consequences. SPIEGEL ONLINE has learned that some three weeks ago, a Lufthansa Airbus had to abort a landing at the airport. Furthermore, Lufthansa statistics rank the San Francisco International Airport at the top of the list for aborted landings, which is why even before the Asiana crash landing, the German national carrier had implemented special safety instructions for ending flights there.

On Sunday evening, Hersman said the Asiana pilot had attempted to abort the landing about one and a half seconds before impact. The flight recorder shows that just seconds before that, there were no complications. Hersman has so far remained silent on what may have caused the accident, but commenters on several pilot forums suggest that it was indeed because the landing system was unavailable.

Even without technical deficiencies, pilots consider the airport to be a challenge because of the onsite conditions. Legendary pilot Chesley Sullenberger, who successfully crash-landed an Airbus in New York's Hudson River in 2009, has confirmed this in television interviews. The now-retired Sullenberger also said that descending over water makes optical assessment of altitude extremely difficult for pilots.

According to Asiana, the pilot of the Boeing 777 had little experience with that particular plane model, and it was his first time landing it in San Franciso. Though he'd completed some 10,000 flying hours over the course of his career, just 43 were in the cockpit of a Boeing 777, an airline spokeswoman said. 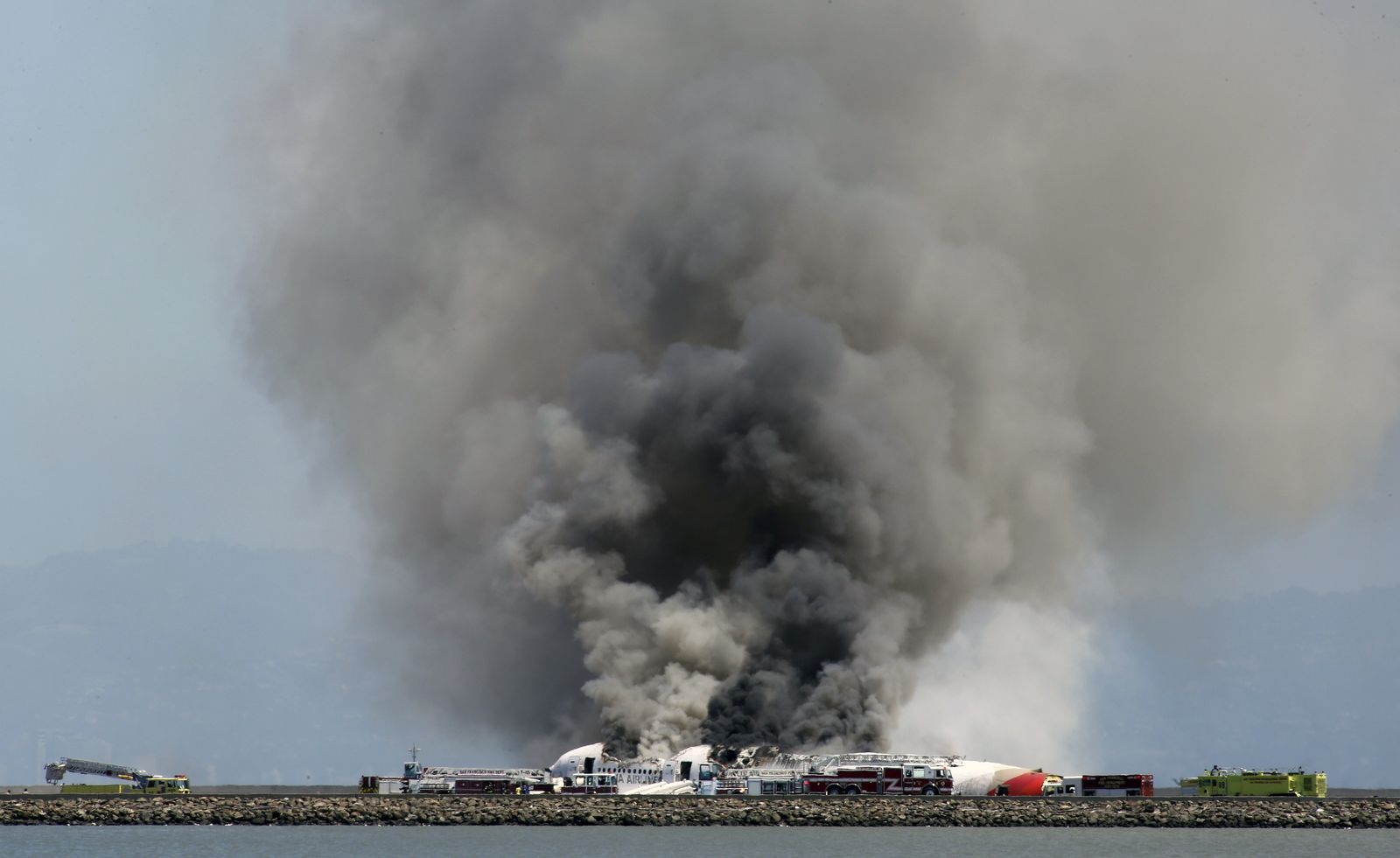 An enormous cloud of smoke rises off of the burned-out plane following the crash.