A freighter named the Arctic Sea, which disappeared two weeks ago near Portugal, has apparently been spotted near the western tip of Africa. According to the Financial Times Deutschland , two separate sources indicated that a similar ship located near the Cape Verde island of Sao Antao in the early hours of Friday morning is highly likely to be the Arctic Sea. 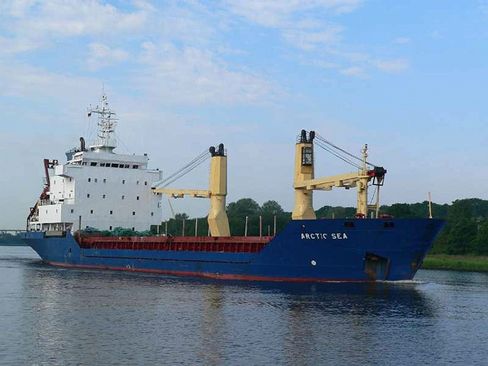 The Arctic Sea disappeared in European waters two weeks ago and has since been spotted off the coast of Africa.

The German business daily reports that the ship was apparently hijacked, and that a ransom of around $1.5 million has been asked for. However, these reports remain unconfirmed. Meanwhile a spokesperson for Antonio Tajani, the European commissioner for transport, told news agencies that the ship had actually been the victim of two attacks -- one off the coast of Sweden, and another off the coast of Portugal. But, he said, it seemed as though the attacks had nothing to do with "traditional piracy" or "armed attacks on the high seas."

In fact, reports earlier this week that the missing freighter had docked in the port of San Sebastian in Spain proved to be unfounded. And various theories -- some interesting, some more colorful, others even hinting at Russian political intrigue -- around the disappearance of the freighter have yet to be put to rest.

There's nothing like a mystery on the high seas. And that is exactly what the 4,000 ton freighter -- operated by a Finnish shipping line, crewed by 15 Russians and flying a Maltese flag -- has become.

The story so far: After undergoing repairs in Kaliningrad, Russia, the Arctic Sea set sail from Finland on July 23. The ship was carrying a load of timber worth about €1.3 million ($1.85 million) and bound for Algeria. It was supposed to arrive there on August 4.

Only a day after leaving Finland, on July 24, the ship was apparently overtaken by a small black rubber boat, emblazoned with the word "Police." It was then boarded by eight to 12 people. At this stage, the ship was off the coast of Sweden. A statement from the Malta Maritime Authority said that the people were "allegedly masked and wearing uniforms bearing the word "Police" and armed with guns and pistols." The men who boarded the ship tied up the crew members and interrogated them, beating some of them quite seriously in the process.

The Swedish daily newspaper Metro said it spoke by telephone with someone who claimed to be the Arctic Sea's captain on July 31."They were dressed in black uniforms," the newspaper quoted the captain as saying. "They resembled American elite soldiers and seemed very professional. They said they were looking for cocaine, which should have been loaded in Kaliningrad. They spoke English, with some kind of accent."

The crew were then locked in their cabins while the men searched the ship. After around 12 hours, the men left the ship in the same rubber boat they had arrived in, having -- apparently -- found nothing.

Russian journalist Natalya Gracheva apparently also interviewed the crew after the attack. "Incidentally, the attackers were very well-armed, proficient in hand-to-hand combat and quite familiar with all of the ship's technology," she told Russian news agencies.

However, the Swedish authorities said their police force had not been near the Arctic Sea. So the identity of those who boarded the Arctic Sea remained unknown. The captain then told the authorities that he would continue on to his destination in Algeria.

The Arctic Sea then passed through the Dover Strait off the coast of the United Kingdom -- one of the world's busiest shipping lanes -- unnoticed. Britain's Maritime and Coastguard Agency said the ship gave a routine report as is required in that area (identifying itself and its cargo, and saying where it had come from and where it was going). This was the Arctic Sea's last confirmed contact.

Later the ship's beacon was picked up off the coast of France and then off the coast of Portugal. A Portuguese coastal patrol aircraft reported seeing the ship again on August 2. The Russian TV channel Vesti said that radio contact was made on July 31 with investigators in Stockholm and also on August 1 with Archangelsk in Russia where the relatives of the crew live and where the ship's operator is located.

But all of that was almost two weeks ago. Since then, the Arctic Sea has been neither seen nor heard from. Maritime authorities say the ship has not gone through the Straits of Gibraltar, which may mean it has headed out into the Atlantic.

This week, acting on an open letter from the ship's owners and members of the missing crew's family, Russian President Dmitri Medvedev tasked the Russian navy with finding the missing cargo ship.

Russian media reported that in the letter, relatives of the crew had asked Russian Prime Minister Vladimir Putin to start a criminal investigation into the missing ship -- although they have since stopped speaking to the media about the case.

"We, the wives and relatives of the sailors of the missing vessel Arctic Sea, ask for a full-scale search and rescue operation to begin with the use of all the necessary Russian special forces," the letter said.

Vessels from Russia's Black Sea Fleet have been dispatched. Led by the guided-missile frigate, Ladny, several ships and two nuclear-powered submarines are looking for the Arctic Sea; satellite and other search-and-rescue technology are also being used.

Meanwhile, theories as to the whereabouts of the ship and the reasons for its disappearance have become more interesting and colorful as the days pass. At first there was ongoing speculation about that strange, first boarding of the ship. Had those mystery men, disguised as policemen, actually stayed aboard the ship? Were they pirates -- or something more sinister? 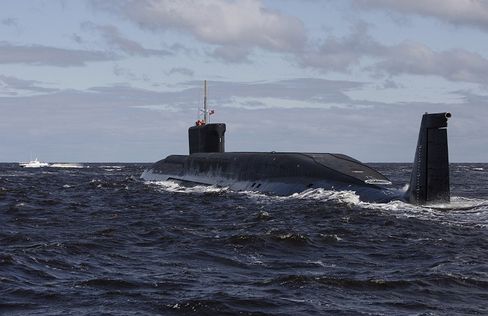 Russian submarines have been dispatched to search for the missing freighter.

The Washington Post reported comments by David Osler, industrial editor at the Lloyd's List maritime newspaper, who thought the piracy theory did not fit, considering the waters in which the incident occurred is well travelled and well policed. He thought it might be some "kind of dispute between Russian interests." Osler said that modern-day piracy tends to fall into one of three categories: where the ship and crew are held for ransom, as often happens around the coast of Somalia, where ships are re-sold and where there is a simple "hold up", where captains and crews are held up for whatever cash is on board.

And, Osler noted, "none of these applies here. There's no ransom, low-value cargo and it's not a straightforward heist. You can rule out the main types of piracy, so it must be some other form of crime."

Speaking to The Times newspaper of London, Graeme Gibbon-Brooks, of intelligence company Dryad Maritime, said that, "if this is a criminal act, it appears to be following a new business model. It seems likely that the vessel will head to the west coast of Africa."

Theories that the ship had exploded or sunk were ruled out, as no wreckage, nor any timber cargo, had been spotted. The ship's emergency beacon had not been activated.

It was also possible that the captain and crew had taken the ship for themselves to sell the cargo independently -- representatives of the shipping agency said that there was enough food and water on board to last until September -- but this also seemed unlikely.

And then someone noticed that the Arctic Sea had been repaired in Kaliningrad before setting out on this journey. Speaking to the Russia Today news channel, Mikhail Voitenko, editor of Russia's Sovfracht maritime bulletin, noted that Kaliningrad, a special economic zone in Russia, is notorious as a smuggling haven specializing in the illegal transport of cigarettes, vodka and cars. The city boasts what has been described as a thriving "frontier atmosphere."

"I am sure it was not drugs or some other illegal or just criminal cargo," Voitenko speculated. "I think that it was something much more expensive or dangerous. It looks like some third party did not want this trans-shipment to be fulfilled, so they conducted this highly sophisticated and complicated operation."

'The Authorities Already Know Where The Ship Is'

Finally, there were also allegations that the whole thing might have political undertones. Pavel Felgenhauer, a columnist with the critical Russian weekly Novaya Gazeta noted that the Russian president had submitted new laws to the Russian parliament regarding the deployment of Russian armed forces beyond the country's borders just days before the Russian fleet began its hunt for the ship.

The Russian administration's English language website said the laws would, among other things, allow Russian forces to "protect Russian citizens abroad  combat piracy and ensure safe passage of shipping." Felgenhauer described this as an "extraordinary coincidence," that came in "handy" for Medvedev.

"I assume that the authorities already know where the ship is," the deputy head of the Russian seamen's union, Sergei Portenko, told the Moscow newspaper Moskovski Komsomolez. Portenko also said he suspected the Arctic Sea was carrying weapons to Africa. And the newspaper's editorial writers said that they were worried about the safety of the crew. "If some genuinely 'important people' have a hand in this matter, than they would likely get the crew -- as witnesses -- out of the way."

So where is the missing freighter now? If shipping experts are to be believed it could very well be near West Africa or South America. The ship is not very fast and would probably only have gotten that far, they say. If it does turn out to be a case of piracy, as the Financial Times Deutschland is suggesting, then it would be the first case of piracy in European waters in modern times. However, as the EU's transport commission has said, the two mysterious attacks seem to indicate that it is probably something more. What that something is, has yet to emerge.