When it comes to face-to-face meetings, German Chancellor Angela Merkel and United States President Barack Obama have had a somewhat one-sided relationship so far. The chancellor has been to Washington several times, but Obama has never been to Berlin as president, despite several invitations.

It could finally happen in June. Obama's advisors are mulling whether the president should visit Berlin during his trip to Europe. There would be two reasons to do so. First, this year marks the 50th anniversary of former President John F. Kennedy's legendary Berlin speech, in which he proclaimed: "Ich bin ein Berliner." And negotiations are set to begin this summer over a trans-Atlantic free trade agreement between Europe and the United States, which the president announced two weeks ago.

Industry representatives are already waxing lyrical about the prospect of the free world, with its 800 million consumers, joining forces to form a gigantic trading bloc with common rules. The American Chamber of Commerce in Germany sees the agreement as a promise of more growth, while officials at the Federal Chancellery call it the cheapest way to stimulate the economy. The old industrialized countries intend to confront China's expanding economic might by creating a shared market of common standards, patents and laws.

But the planned trading union isn't going to be an overnight success. Europe and the United States face years of painful negotiations, and many critics see the whole thing as a flight of fancy. Consumer advocates, as well as environmental and Internet activists, are preparing to fight the treaty with all means at their disposal. They fear that bad compromises will be made at the expense of consumers in secret negotiations between the European Commission and the Obama administration.

"The treaty cannot fail because of chlorinated chickens this time," says German Foreign Minister Guido Westerwelle. He is referring to the Europeans' distaste for US meat products that are disinfected in chlorine baths, products that are currently banned from importation to Europe.

Contentious issues like this have brought down many a trans-Atlantic agreement. They may sound petty, but elementary questions of consumer and citizen's rights are at stake. What do we want to eat? How are our personal data treated in the Internet? In recent years, very different traditions have developed in the United States and Europe in this regard, creating considerable potential for conflict. For instance, there are much greater restrictions on the sale of genetically modified food products in Europe, while most Americans have no problem with such products, as long as they are cheap and look good.

The technology is now used by most US farmers, enabling them to grow plants that are resistant to insects and produce higher yields per hectare. Last year, 88 percent of corn, 93 percent of soybeans and 95 percent of beets grown in the United States were from genetically modified seed. "Transparency, freedom of choice and the principle of foresight cannot be sacrificed to the free movement of goods in Europe," says Christoph Then, managing director of Testbiotech, a non-profit association opposed to genetic engineering.

The American farm lobby has long fought against European trade barriers for genetically modified potatoes and hormone-treated beef. Now the free trade treaty will provide them with considerable leverage for cracking the European front.

In a letter to US Trade Representative Ron Kirk, Max Baucas, a Democrat senator from Montana, outlined what he hopes to achieve in the upcoming negotiations. His list includes EU restrictions on genetically modified grain, the use of hormones in cattle and "unscientific restrictions on the use of safe feed additives like ractopamine in beef and porks," all positions that are anathema to European consumer advocates.

For example, American farmers use the hormone rBST, developed by the agricultural corporation Monsanto. The drug is intended to increase milk production by up to 20 percent and meat yield by up to 30 percent. But it is also suspected of causing cancer in human beings. In addition, high-performance cows require additional antibiotic treatment, because their mammary glands are more likely to become infected.

"If American hormone meat reaches Europe, it will have a considerable impact on European producers," warns Lutz Ribbe, an agricultural expert with the environmental organization Euronatur. Because production is cheaper in the United States, says Ribbe, European farmers are at a clear competitive disadvantage.

Free trade agreements with other countries show how justified the concerns are. In ongoing talks with India, the EU wanted to include a section on "sustainable development" in the agreement, but the Indians refused. Negotiations with Canada also stalled, partly because of disputes over agricultural issues.

In addition to free trade for agricultural products, the Americans want to place intellectual property rights at the center of the upcoming trans-Atlantic poker game. The business interests of Hollywood and Silicon Valley are behind the effort. They produce movies and software that are coveted worldwide but can often be copied easily. To address the problem, the Americans already negotiated a trade agreement with international partners and the EU in recent years, but then the European Parliament thwarted the effort.

The failure of the Anti-Counterfeiting Trade Agreement (ACTA) was the first major victory for an international web public that had organized a major campaign on the Internet and major demonstrations in Warsaw, Berlin and Paris. The activists felt that ACTA would threaten freedom on the Internet.

Jérémie Zimmermann, one of the organizers of the anti-ACTA movement, believes the time will soon come for new protests. The spokesman for the Paris-based organization La Quadrature du Net can prove that old paragraphs from the failed ACTA were inserted into a preliminary version of the proposed Comprehensive Economic and Trade Agreement (CETA), which the European Commission is currently negotiating with the Canadians and whch could serve as a blueprint for the treaty with the Americans.

"It's a favorite game of the entertainment industry to hijack free trade agreements for their own purposes," says Zimmermann. He sees democracy at risk when negotiations concerning the future of all people are conducted behind closed doors. "Millions of citizens can be mobilized if their freedoms are threatened," he says.

Jan Philipp Albrecht, a Green Party member of the European Parliament, who opposed ACTA from the start, is also pessimistic about the trans-Atlantic free trade deal, unless national parliaments are brought in early on. "Otherwise the free trade agreement will collapse under opposition from ordinary Europeans."

Albrecht, the European Parliament's rapporteur for the proposed Data Protection Regulation, sees considerable potential for conflict. While US companies can use their customers' personal data with almost no restrictions, Europeans are protected by minimum standards. Finding a compromise on this issue is virtually impossible, says Albrecht.

US companies like Facebook and Google see European data privacy as a potential threat to their billions in profits. Indeed, European authorities have just threatened, once again, to penalize Internet giant Google for its treatment of the personal data of European customers.

Another option is to exclude contentious issues like agriculture and data protection from the free trade negotiations. But if that happened, there wouldn't be much of a trade deal left and the whole project would be redundant. Customs duties, for example, are already so low today, at about 3 percent on average, that they play a relatively minor role.

The free trade agreement is "by far our most important project for the future," says Chancellor Merkel. It appears that not everyone in Europe agrees. 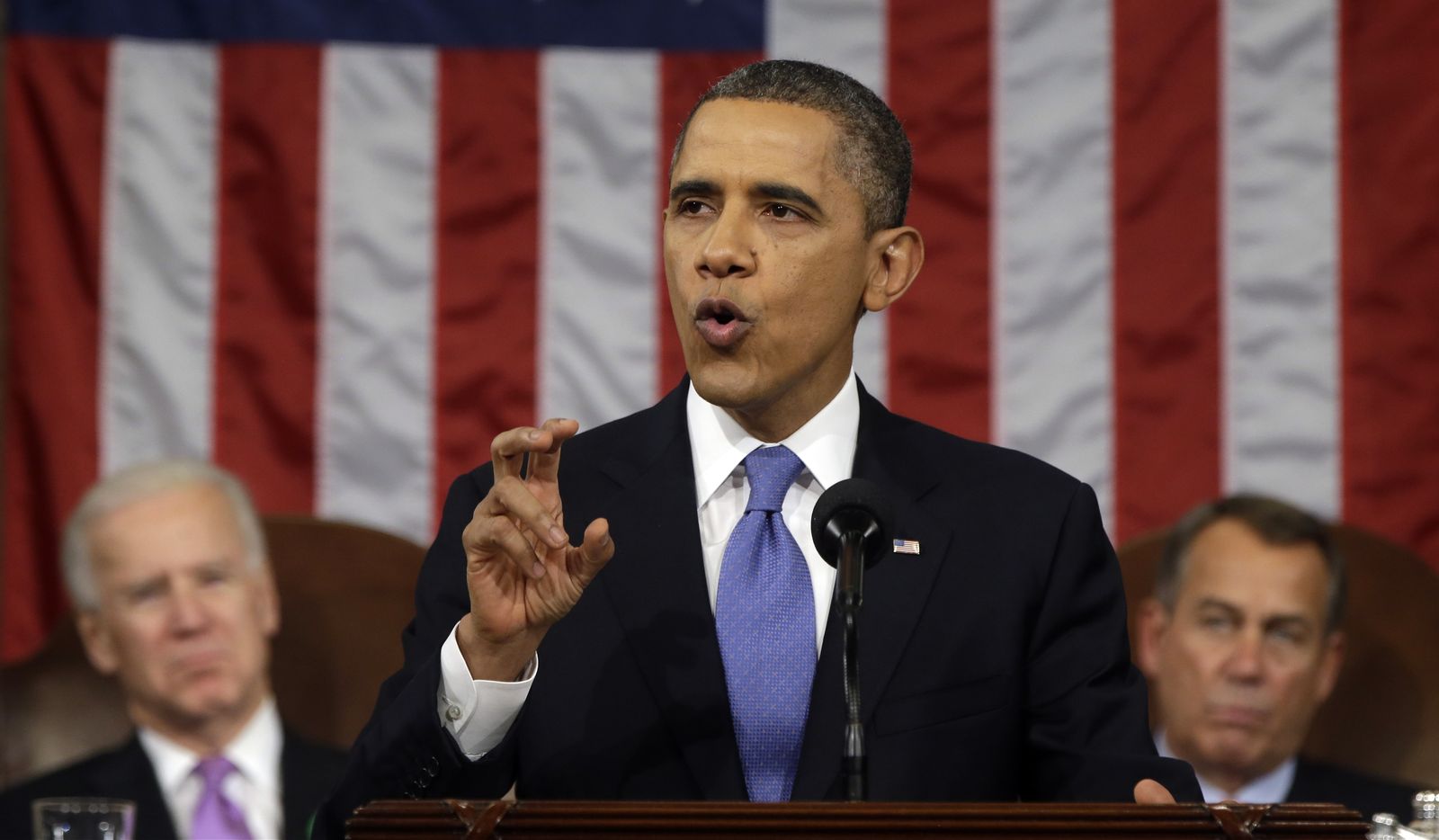 President Barack Obama announced plans for a trans-Atlantic trade agreement in his State of the Union speech on Feb 12. But European farmers, consumer protection groups and Internet activists may block an agreement.