The Syrian secret service appears to be monitoring the country's protest movement using technology from the German firm Utimaco, based in Oberursel, a suburb of Frankfurt.

Contacted by SPIEGEL reporters on Friday, the company said it had sold no products directly to Syrian Telecom, the regime-owned telecommunications provider. The company had instead delivered products to the Italian firm Area, with which is has conducted business for years. The company said it could not confirm whether Area had then resold goods to Syrian dictator Bashar Assad's regime.

Utimaco is currently seeking a clarification from the Italian company to determine where Area had delivered the products, and whether the firm had adhered to export regulations. Company officials said they have halted collaboration with Area, pending the clarification.

In recent weeks, hackers discovered that Syrian Telecom has been using American surveillance software as well as technology from other countries to monitor the protest movement. Citing company documents and inside sources, the business news agency Bloomberg reported on Friday that the Syrians had also used Utimaco products from Germany. The agency reported that the Italian firm Area is selling the Syrians software and hardware packages from American and European companies, including technology from Utimaco, that is giving the Assad regime the power to "intercept, scan and catalog virtually every e-mail that flows through the country."

Two weeks ago, Andrej Hunko, a member of the German parliament with the Left Party, made an official inquiry in Berlin about whether German IT firms are exporting goods to dictatorships or autocratic regimes. The Bundestag member cited Utimaco specifically. "This surveillance technology is a central part of the repression in many states, that's why we finally need efficient export controls," Hunko said.

More than 3,000 people are believed to have been killed in Syria since March as a result of the regime's crackdown on the protest movement. 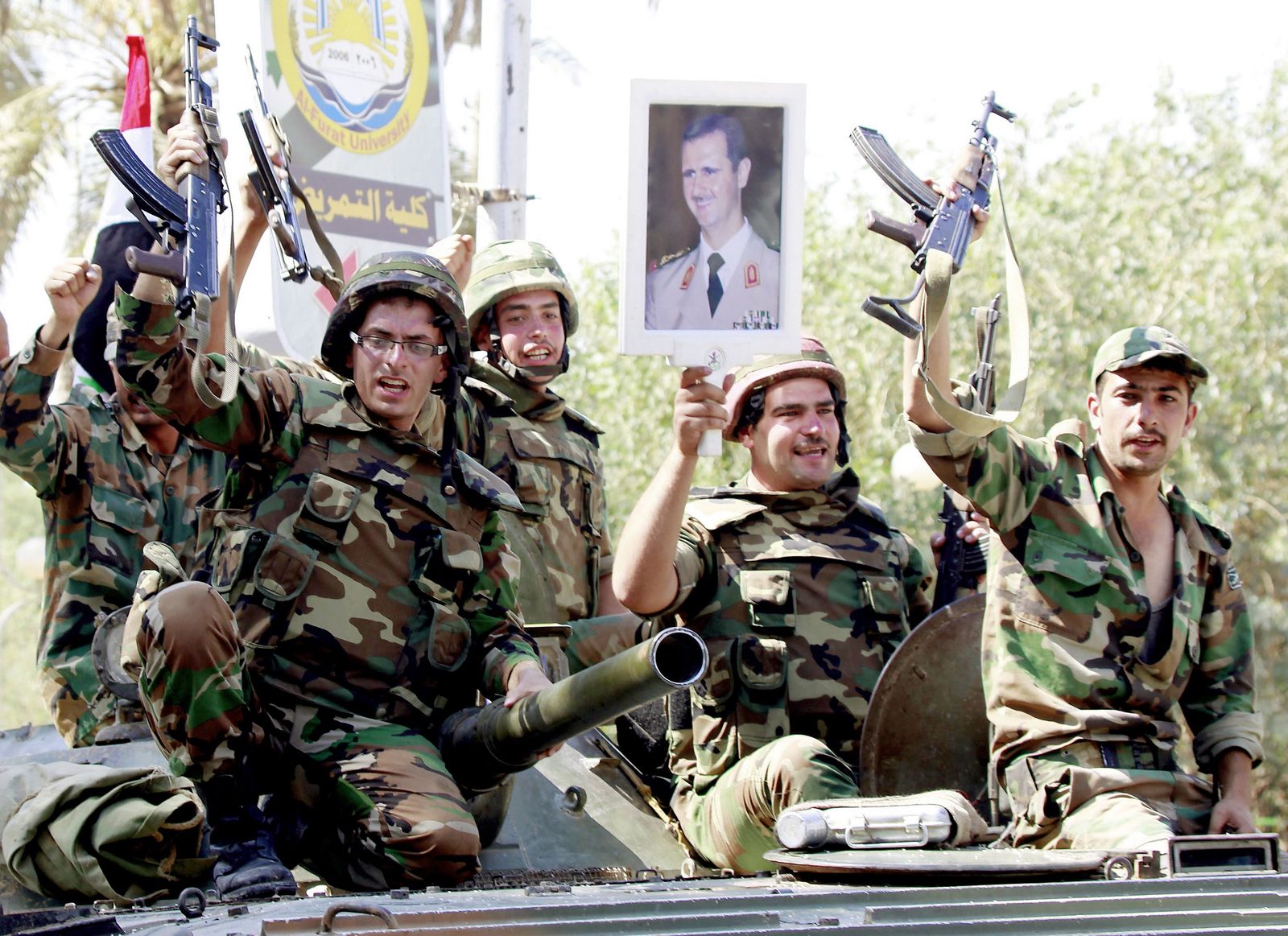 Syrian soldiers raise their weapons while holding a picture of Syrian President Bashar Assad in the city of Deir el-Zor in August.