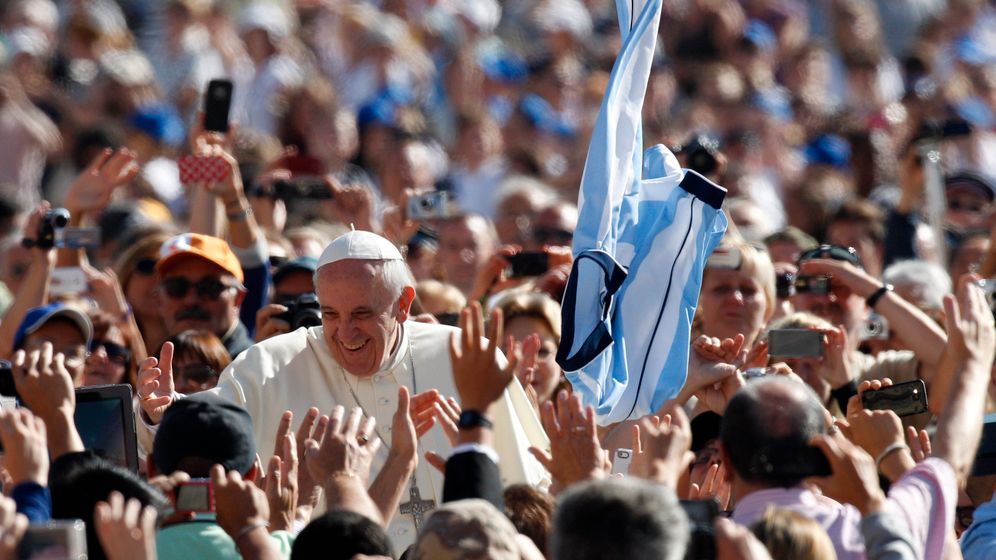 Last week Rudolf Voderholzer, 54, the bishop of the Bavarian city of Regensburg and one of Germany's younger church leaders, was taken to task at the Vatican by the pope himself. In an admonishment to the German bishop and others attending a seminar for new bishops in Rome, Francis said: "Be close to the people and live as you preach. Always be with your flock, do not succumb to careerism and ask yourselves whether you are truly living as you preach."

This is a new message for German princes of the church. Many of them have long cultivated a lifestyle oriented toward strict dogmas, prestige and a career within the church, much like former Pope Benedict XVI. But now that his successor arrives at meetings in an old car, there has been a fundamental shift. Loyalty to the pope is being completely redefined, and not just in Regensburg, where Voderholzer's predecessor Gerhard Ludwig Müller, a fervent devotee of former Pope Benedict, alienated many Roman Catholics.

This week, German bishops have a chance to discuss what the change at the Vatican means for them, as they meet for their annual Bishops' Conference in the central German city of Fulda. There hasn't been this much uncertainty within their ranks in a long time.

Conservative Benedict fans, led by Cologne Cardinal Joachim Meisner, see their influence waning, as much of what had been valuable and important to them is now frowned upon. On the other hand the reformist camp, weakened for years, has yet to gather its forces. Benedict and his predecessor, John Paul II, systematically suppressed open-minded voices within the German clergy. Now the remaining liberal priests are only gradually coming out of the woods.

An Old Fiat as a Popemobile

For now, the major theological issues are not open to debate. Under Francis, change begins in everyday life. "It hurts me when I see a priest or a nun with the latest model car. You can't do this," he told the young priests and nuns. "Cars are necessary. But take a more humble one. Think of how many children die of hunger and dedicate the savings to them."

While the new pope travelled in an old Fiat to visit African refugees on the Mediterranean island of Lampedusa, Meisner is chauffeured around his Cologne archdiocese, which has a worldwide reputation for being especially affluent, in a BMW 7 Series. Most German bishops, from Munich to Würzburg to Osnabrück in the north, drive luxury sedans, preferably made by Audi, BMW or Mercedes.

This has prompted the organization German Environmental Aid to criticize the country's Catholic Church leaders for being "over-motorized" and thus responsible for high pollutant emissions. Even the car magazine Auto Bild opined that by driving these vehicles, the bishops help to "bolster social acceptance of luxury cars."

And Francis is not stopping at expensive cars. Church dignitaries were also forced to acknowledge another message from Rome, namely that for a Christian, happiness does not hinge on owning the latest smartphone, or living in luxury. Instead of residing in the Apostolic Palace, the pope has permanently moved into an ordinary room at the Santa Marta guesthouse in Rome.

In Germany, on the other hand, many bishops apparently haven't come to terms with Francis's insistence that they set a credible example of poverty. The costly new residence of Franz-Peter Tebartz-van Elst, the bishop of Limburg in western Germany, is only one especially conspicuous example of the pomposity, or at least the pronounced attachment to prestige, of the country's Catholic Church leaders.

Munich Cardinal Reinhard Marx, for example, lives in three private rooms at Holnstein Palace, the rococo-style traditional residence of the Archbishop of Munich in the city center that has just undergone a renovation costing millions. The church spent about €2 million ($2.7 million) on the palace, and the owner, the State of Bavaria, donated another €6.5 million. One of the paintings hanging in rooms adorned with exquisite frescoes and chandeliers is of Marx himself. As if that weren't enough, the archdiocese also spent about €10 million on a villa in Rome that now serves as a "guesthouse." In other German cities, such as Regensburg, Bamberg and Fulda, the Episcopal residences still testify to the historical power of their residents.

Counterexamples are rare. Berlin Cardinal Rainer Maria Woelki came into office with the reputation of being an archconservative, but then he sought dialogue with gays and lesbians and met with asylum seekers. He lives in an attic apartment in Berlin's Wedding neighborhood, which has a large immigrant population. He celebrated Christmas at the Franciscans' soup kitchen, and he often chooses his bicycle over his official car, a BMW. His counterpart in the southwestern city of Freiburg, Archbishop Robert Zollitsch, lives in a modest row house.

This week Zollitsch, 75, is chairing the German Bishops' Conference in Fulda for the second to last time. A new chairman will be elected at the next conference, in February 2014, when the cities of Cologne, Freiburg, Erfurt and Passau will also likely receive new bishops. A change of generations is in the offing, but there are few choices.

The change of course in Rome could confound the rankings among top Catholics. For instance, Marx, as the Archbishop of Munich and Freising, a man with moderate views and a powerful organization, had been considered a frontrunner to succeed Zollitsch. But now the more modest Woelki, from the impoverished Berlin archdiocese, is seen as a more likely candidate for the important office.

Francis is constantly doling out advice to bishops old and new. "The first reform must be the attitudes," the pope said in an interview with the Jesuit journal, Civiltà Cattolica. The Holy Father wants bishops to shift their focus away from themselves and toward the Catholic faithful. He wants them to take risks by breaking the rules, get out of their "comfort zones," and go directly to the people and touch their hearts, be it in parishes, prisons or dormitories for asylum seekers. All of these things are difficult to do in splendid robes and BMW sedans, or from behind the walls of palatial residences.

In general, Pope Francis is warning priests against withdrawing to their ivory towers, a very real danger under Benedict XVI. "This church … is the home of all, not a small chapel that can hold only a small group of selected people," he said. "We must not reduce the bosom of the universal church to a nest protecting our mediocrity."

In recent years, the tendency in many parts of Germany has been in the opposite direction. Joseph Ratzinger's constant warnings against the "relativism" of modern life encouraged a withdrawal into devout niches and promoted a Catholic Church that was small, pure and refined, a delight for fundamentalists.

The controversial Society of St. Pius X was to be readmitted, and archconservative Benedict devotees celebrated the Latin mass, mumbled by the priest with his back turned to the congregation, as a beneficial "scandal of faith." Critics and reformers, on the other hand, were ignored, pushed aside or ejected.

Disappointed by the official church in Germany, many laymen are now pinning their hopes on the new man in Rome. Alois Glück, president of the Central Committee of German Catholics, would like to see Francis exert more influence on German bishops. He is calling for more courage and an end to silence, especially "on questions of sexual ethics." According to Glück, the overwhelming majority of Catholics strongly favor necessary changes. "No one can claim anymore that the pressing issues are merely of interest to fringe groups," says Glück. "They have arrived at the center of the church."

Changing the Nature of Discourse

The spirit of optimism among ordinary churchgoers has grown with virtually every gesture coming from the new pope. In his interview with Civiltà Cattolica, published last week, Francis made it clear that he is fundamentally changing the nature of discourse in the Catholic Church. According to Francis, the church should not constantly focus on controversies surrounding gays, women and celibacy. "We cannot insist only on issues related to abortion, gay marriage and the use of contraceptive methods. This is not possible," he said. "The dogmatic and moral teachings of the church are not all equivalent. The church's pastoral ministry cannot be obsessed with the transmission of a disjointed multitude of doctrines to be imposed insistently."

For Jesuit priest Klaus Mertes, who, as principal of Berlin's Canisius School, unleashed the abuse scandal in Germany, the position of his fellow Jesuit and now pope is still revolutionary, even if Francis hasn't abandoned any of the church's strict principles. "If there is a change in the church's practices, as well as in the way we interact with each other and with parishioners, the theory will also change in the end, and not the other way around." Many others share his hope.

In their sermons, German bishops have repeatedly called upon pastors and parishioners alike to accept the church's doctrine without question. "Obedience is love and not compulsion," Limburg Bishop Tebartz-van Elst said at an ordination ceremony for new priests.

Ironically Francis who, as a Jesuit, was taught to be obedient and who, as pope, is entitled to demand obedience from every Catholic, is now breaking with this doctrine. "People get tired of authoritarianism," he said in his historic interview last week. "I lived a time of great interior crisis," he noted, only to recognize that "my authoritarian and quick manner of making decisions led me to have serious problems and to be accused of being ultraconservative." 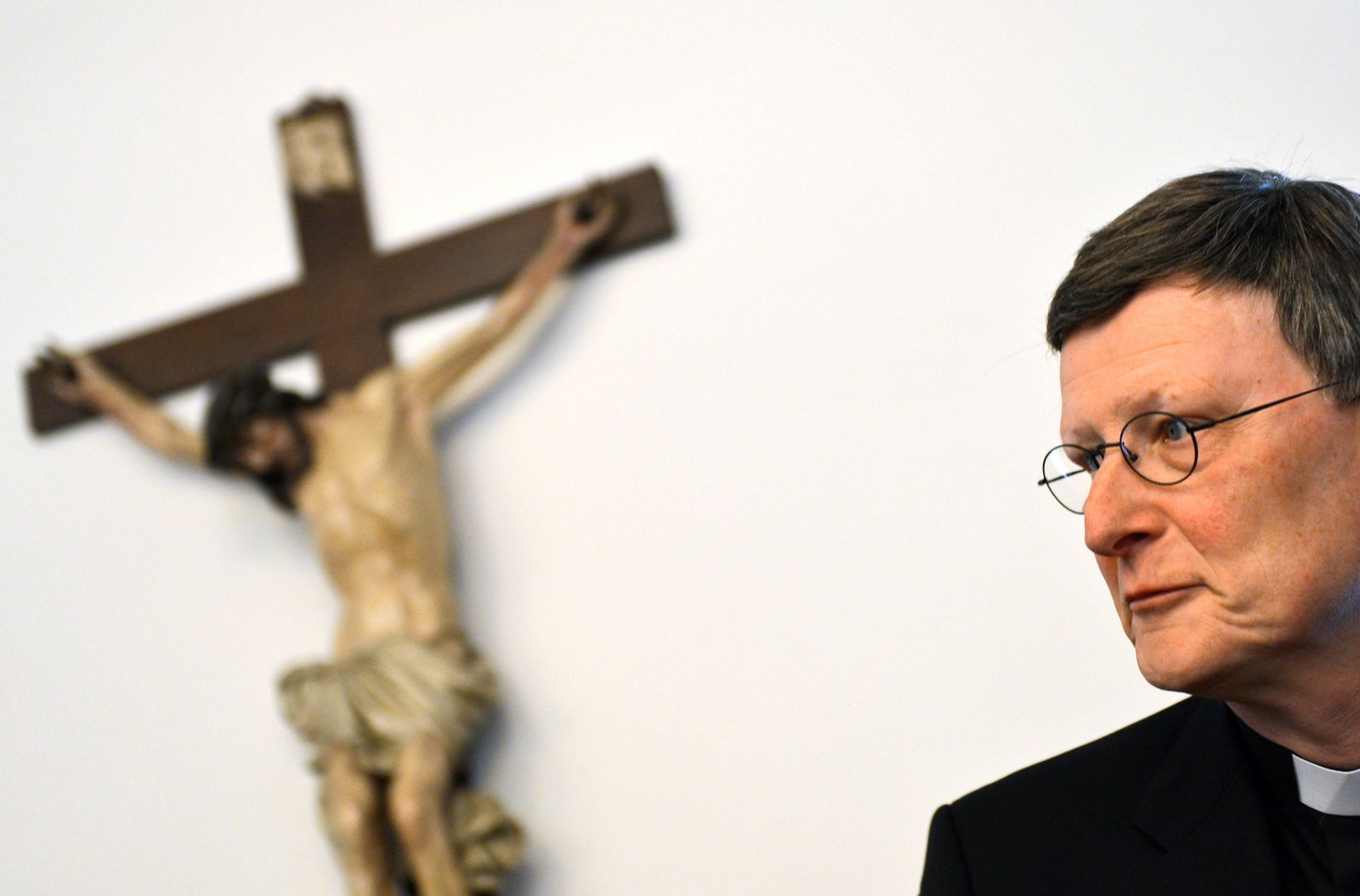 Not all German bishops embrace the finer things in life, however. Rainer Maria Woelki is the Cardinal of Berlin and lives in an attic apartment in the rundown Wedding district. He is tipped to take over the chairmanship of the conference in 2014.