Mohab Raid, 18, a fan of Cairo football club al-Ahly, wasn't surprised by the abuse and the bottles hurled at him and his friends outside the train station of Port Said last Wednesday. That was part of the standard ritual whenever his team played an away game. The fans of the opposing club, first-division Port Said, wanted to fight the visiting supporters. "A pure sporting matter," says Raid.

But something was different this time. He noticed it when he entered the stadium at 4 p.m. "There were far fewer police than usual. I seriously asked myself how they were supposed to protect us," he says.

Raid doesn't scare easily, he's a member of a tight-knit community of football fans known as "ultras." Every big Egyptian football club has ultras, they like to fight and know how to throw a punch. But the al-Ahly ultras are much more than that -- they're heroes. When the camel riders and thugs of the old Mubarak regime tried to chase demonstrators out of Tahrir Square a year ago, they fought back. Since then they have been seen as the protectors of the revolution.

Raid says the al-Masry ultras are largely apolitical. That is why he didn't expect to see people trampled to death, or stabbed and beaten in front of his eyes. At around 7 p.m., shortly after the final whistle, thousands of people suddenly ran onto the pitch. Raid says the stewards had opened the gates and withdrawn.

"The people who ran towards us weren't fans with football shirts on, they were people from outside wearing dirty everyday clothes. They climbed up the stands and chased us with knives, swords, clubs and iron bars. While the al-Ahly players and some of their fans managed to flee into the changing rooms, others were pushed against the wall and thrown to the ground. The gates at the back were kept shut and the stadium became a death trap.

Raid ran for his life, over dead bodies and past one corpse with the throat slashed wide open that "was like a picture from a horror film," he says.

With 74 killed and over 1,000 injured, the Port Said riot is one of the bloodiest acts of violence in football history. And now Egypt, which just held its first free parliamentary election in decades, and is taking the first difficult steps towards democracy, is once again afraid of the future.

Within hours of the disaster, youths in Cairo were fighting street battles with security forces who many suspect of having orchestrated the Port Said violence.

Over the weekend the unrest spread to other cities. Seven people died in Cairo and five in Suez. The security situation is so tense that the interior minister called for the state of emergency that was lifted only recently to be re-implemented. That supports the theory that the violence was planned and that the military council wants to consolidate its own position in the current chaos.

No one stands to gain as much from the escalation as the military junta. Many Egyptians yearn for calm and have been alarmed by the recent surge in kidnappings, bank robberies and acts of sabotage. They want the army to restore order and security.

Statements given by many eyewitnesses support the accusation that the attack was premeditated. People confirm that the security forces in the stadium didn't intervene to stop the violence. They say coachloads of rough-looking men were driven in from outside the city. It was also odd that the governor and the police chief didn't attend the match.

'No Security in Egypt'

So did the elderly generals surrounding Field Marshal Mohamed Hussein Tantawi order the attack? Media loyal to the government immediately countered the rumors. Neither the interior ministry nor the army leadership were responsible for the trouble, they said, adding that local officers had acted independently.

There is no doubt, however, that the generals hate the revolutionary movement, for which the ultras of the Cairo football clubs al-Ahly and al-Zamalek fought in the front ranks. They are constantly trying to discredit the youths of Tahrir Square. "The military council wants to be seen as the savior of the revolution. That's why it secretly despises everything that changes the status quo," says one person with knowledge of the military's inner workings.

Field Marshal Tantawi didn't sway his doubters by sending military aircraft to Port Said, or by expressing his sorrow to the injured and pledging to punish the perpetrators.

"This man wants to make a mockery of us," says Mohab Raid, the al-Ahly supporter. "His response showed us only one thing -- there is no security in Egypt anymore." 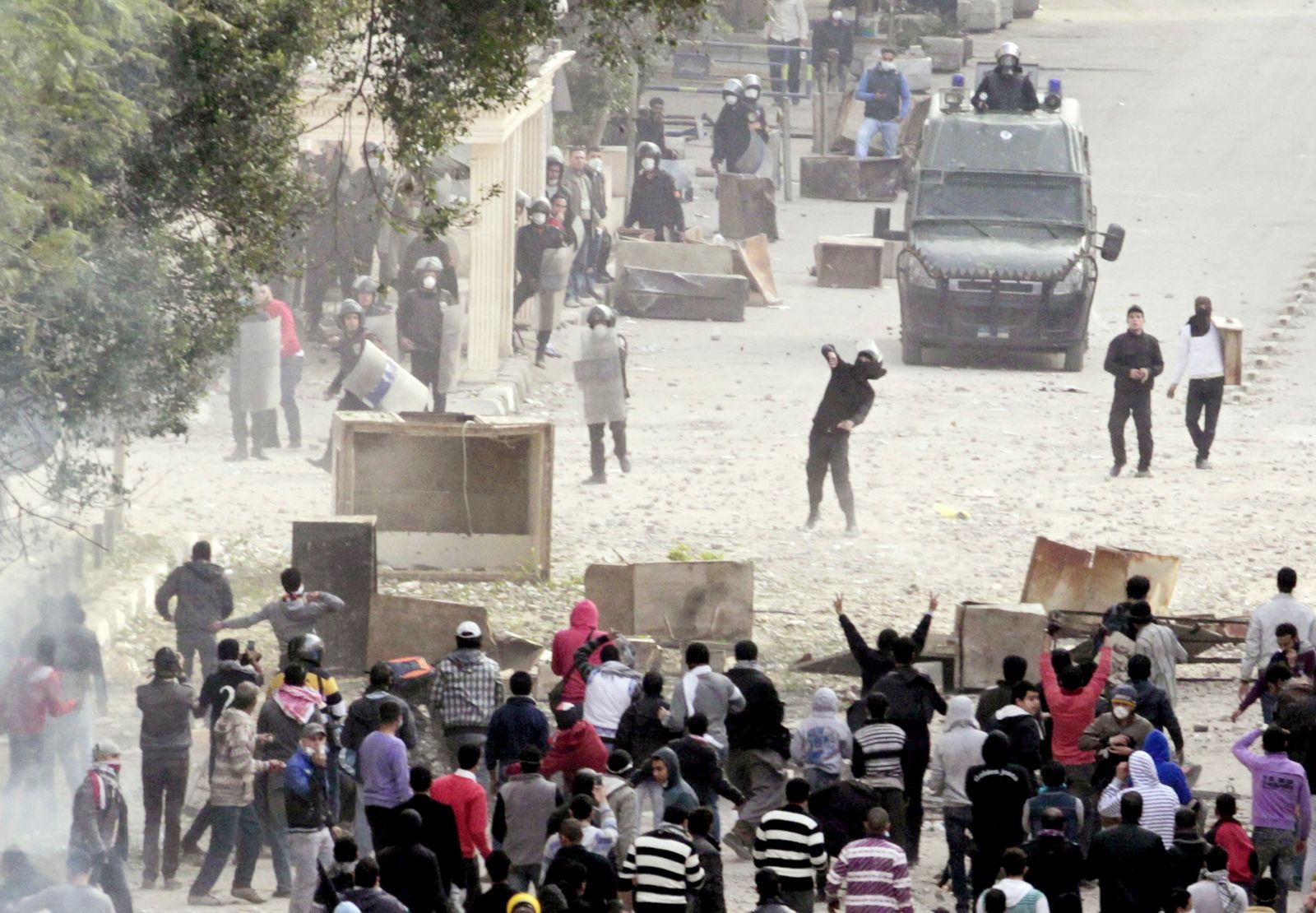 Protesters and police clash in Cairo on Friday.