The latest stage of the fight against corruption is illustrated by Russian state television with footage from the Côte d'Azur, images of wild parties with black caviar and diamond-encrusted Kalashnikovs. Then the correspondent approaches Hollywood star George Clooney's villa in a helicopter before more villas come into view. Here is where "Moscow's government officials go to be pampered," the show intones.

The station devoted 70 minutes to portraying the country's chronically corrupt and notorious civil servants. They are a "force in gray jackets who can sabotage reforms and are boycotting laws," moderator Arkady Mamontov says.

Usually Mamontov devotes himself to adversaries of the Russian state. He's made a film about Russian human rights activists who supposedly worked with British spies, and has already done three shows about the punk band Pussy Riot, in which he suggested the activists were the paid handmaids of the United States.

But instead of taking on the opposition, this time Mamontov has a member of the power elite in his sights: President Vladimir Putin's former agriculture minister, Elena Skrynnik, who was in his cabinet from 2009 to 2012. She has been accused of nepotism and it is said that those close to her have seen their personal wealth skyrocket. For years, the 51-year-old was the head of the state-run company Rosagroleasing, which was set up to purchase agricultural machinery. But under her aegis, a significant sum of money is said to have slipped away. Mamontov's reporters interview one of the company's workers who named the sum of 39 billion roubles, or around €1 billion ($1.3 billion).

Skrynnik's case is the second corruption affair in just one month to involve a former minister. In early November, Putin made the surprise move of firing Defense Minister Anatoly Serdyukov. Since Serdyukov's departure, hardly a day has gone by without some new revelation about irregularities in defense industry privatization efforts. Broadcasters run stories about the scandal during prime-time and newspapers sympathetic to the Kremlin run them on their front pages. The aim of the campaign? Portraying Putin -- who, in his 13th year of power has the worst approval ratings in over a decade -- as a dedicated opponent of corruption. In September, just 41 percent of Russians said they trusted the president.

Alexei Mukhin, a political scientist at the Putin-friendly Center for Political Information has spoken of a "cleansing of the elite," and of fine-tuning the image of a "new Putin." Next up, according to Mukhin, could be the head of the Russian Space Agency or the ill-reputed former Health Minister Tatyana Golikova.

Elena Skrynnik, the former agriculture minister, has spoken to the press about her situation, albeit from abroad, a trip she said was approved by Putin. Yes, she was questioned, she said. And yes, she owns a home in France, but she earned it honestly during her time as a businesswoman between 1993 and 2000. Furthermore, under her leadership at Rosagroleasing it "was impossible to steal money."

That is difficult to believe, however. Oleg Donskich, previously Skrynnik's right-hand man, has a warrant out for his arrest and has left the country. Other suspects include Leonid Novitskiy, Skrynnik's brother. Sponsored by his sister, the cross-country rally driver rose to become the deputy head of Rosagroleasing.

State-run television highlighted the accusations with photographs of a dilapidated industrial farming operation. Some 280 million roubles (€7 million) had been set aside for modernization, but the facilities are rotting away nonetheless. A local farmer complains to the camera that in Russia there are "no officials who think of the country."

Still, the results of Mamontov's alleged investigative report is hardly new; it is but a collection of facts that have long been known. Moscow dailies and magazines have been reporting for years on Skrynnik's circle.

What is new, however, is the fervor with which the station has been addressing the issue. Inside the offices of Russian authorities, there is a "colossal battle underway between the thieves and honest people who think of the country," thunders Sergey Markov, a former parliamentarian in the Duma, into the camera. Now the corrupt "traitors" must be removed, he says.

Then a white-haired political scientist speaks up. Vitali Tretyakov is a hard-liner who, during the German-Russian Petersburg Dialogue in mid-November, predicted the downfall of Europe due to widespread homosexuality. "Today there is more being stolen than by the Bolsheviks and czars together," he complains, adding that officials "no longer fear anyone at all. Not Stalin, not Lenin, God, the devil, angels and not democracy either." Indeed, the term "enemy of the people" ought to be reintroduced and used in reference to corrupt officials, he says.

His comments were met with applause by the studio audience. Indeed, such tough posturing could be just the thing to turn Putin's poll numbers around. It remains to be seen whether it will result in a reduction of corruption. 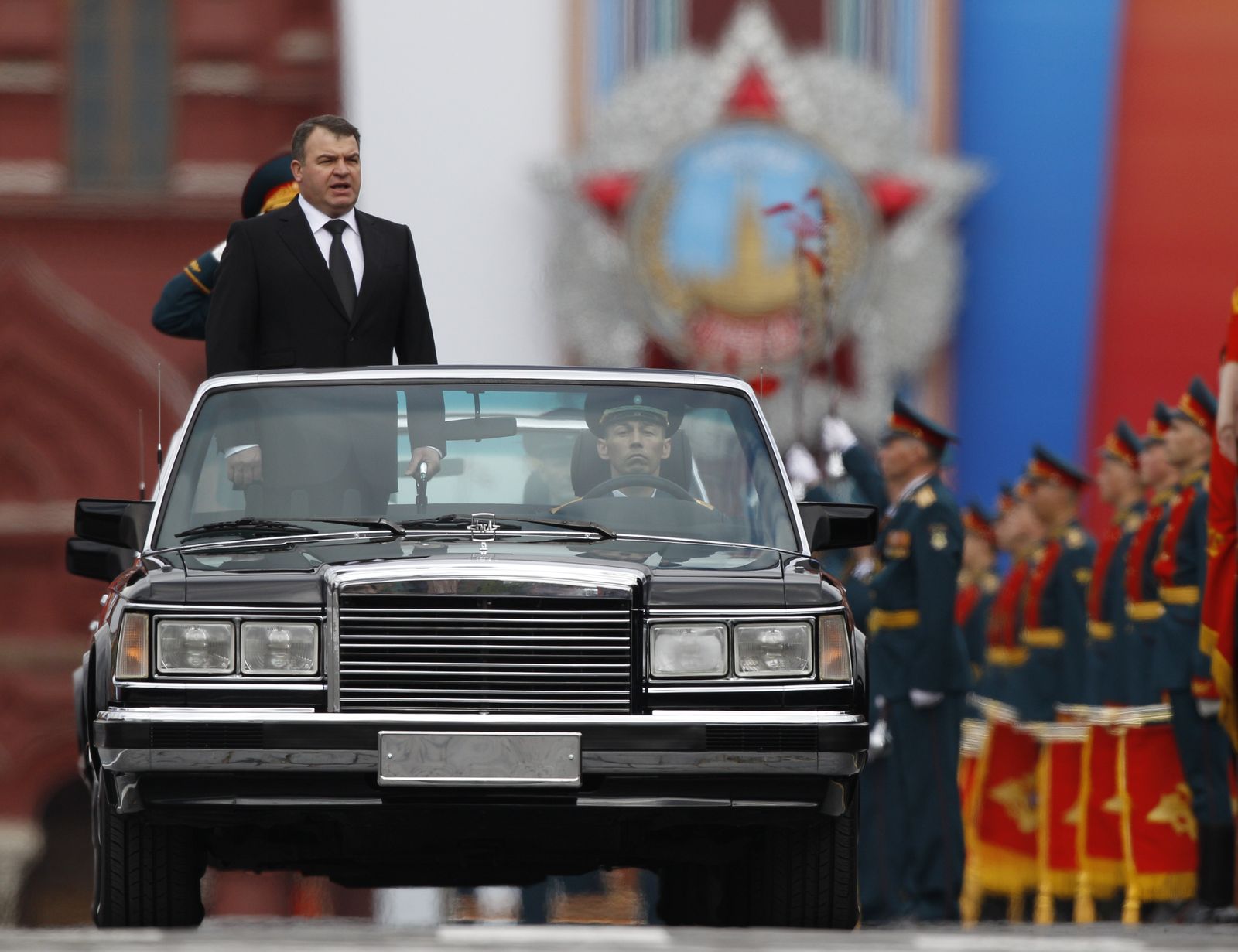 Former Russian Defense Minister Anatoly Serdyukov in May, before he was fired by President Vladimir Putin for corruption.