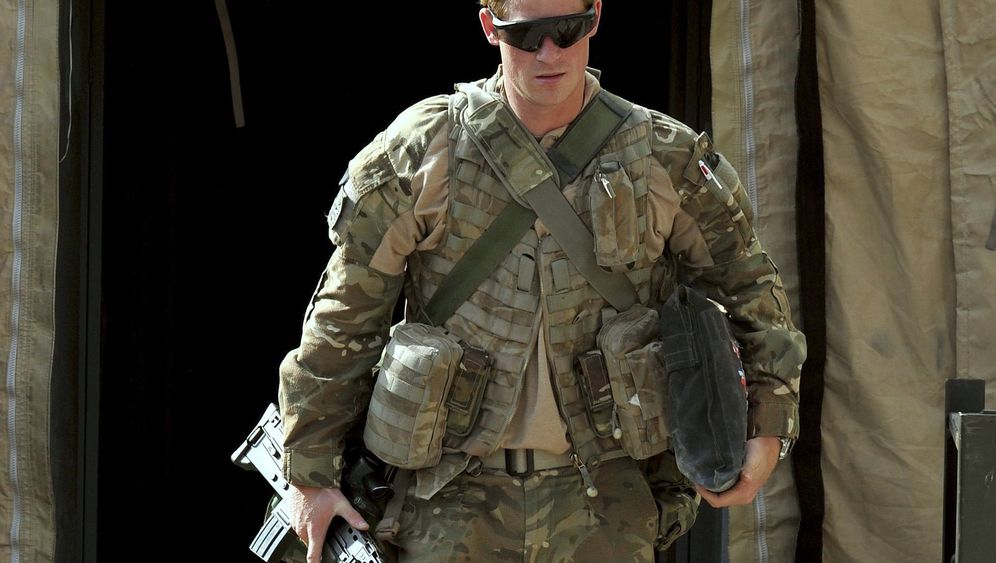 Prince Harry, 28, had barely returned from his second tour of duty in Afghanistan before he found himself back in the spotlight. Comments he made during interviews conducted while he was still in the country immediately made headlines: "I've Killed Taliban Fighters." His comments were publicized after the prince returned from a five-month tour, during which he was stationed in Helmand Province in southern Afghanistan as the co-pilot gunner of an Apache helicopter.

In the interview, in which he spoke about his mission in the restive province, Prince Harry told the BBC: "If there's people trying to do bad stuff to our guys, then we'll take them out of the game." He added: "We fire when we have to, take a life to save a life." When asked by a journalist if he, as helicopter gunman, had taken lives as well, Harry responded, "yeah, so, lots of people have."

Reactions from the Taliban to Prince Harry's comments have been full of derision on Tuesday. "Prince Harry is a pathetic coward. No respectable fighter with a shred of honor would brag like that," said a spokesman for the Taliban in Afghanistan in a telephone interview with SPIEGEL ONLINE. "Why does he only have the courage to go public once he is back in his palace?"

For security reasons, Harry's comments were only to be broadcast once he had returned to Britain. In his comments, the prince said, "I'm one of the guys. I don't get treated any differently."

Another Taliban commander told SPIEGEL ONLINE that he was speechless "in the face of so much naiveté." He added: "The fact that NATO has to send such people to Afghanistan shows just how bad a shape they are in. Don't they have anyone better?" He added that Harry's comments were a major topic of conversation among Taliban fighters and that they are received "with hearty laughter." They are even being shared around via text message. Harry's remarks, he said, have merely confirmed his feeling that NATO "doesn't have the slightest idea about the sensitivities of people in Afghanistan."

Even within NATO, Prince Harry's comments were not universally well received. Particularly his remarks in which he said that his passion for video games makes him a particularly good gunner. He said his job was "a joy … because I'm one of those people who loves playing PlayStation and Xbox, so with my thumbs I like to think I'm probably quite useful."

"He may have said that in jest, but the impression he leaves is disastrous," said a German army officer in Kabul. "The mission in Afghanistan is not a game." A British officer in NATO headquarters in Kabul said it was "problematic" to compare the war in Afghanistan in any way with video games. "It not only demeans the achievements of soldiers in battle. It also shows no respect for the Afghans we are trying to help."