It's not even 6 a.m. but Mohamedou Ould Slahi has been on set for hours. He's standing on a sand dune 30 kilometers south of Nouakchott, the capital of Mauritania.

The film team has set up cameras and spotlights around a campfire. They're shooting a scene from Slahi's childhood. There's a boy asleep by the fire. He's playing a 10-year-old Slahi. "Mohamedou," the director says, "what did your father tell you in the desert?"

Slahi smiles. He says his father sang him a song about God, life and death. He tugs on the bottom of his shirt, flattening out the wrinkles, and starts to bellow a deep song. "I thank you, Allah, for my coming and my going, for my children and the years, and before I die I hope that you will accept me in my endeavor."

The Bedouin verse is about trusting fate and how things can sometimes seem like a sandstorm, threatening and prone to sudden changes of direction. They're about the laws of the desert, which his father taught him on their nightly walks with the camels. As a Bedouin, Slahi learned to keep his cool even under the most trying circumstances -- and to accept his fate, whatever that may be. This might explain how he managed to survive Guantanamo.

Prison robbed Mohamedou Ould Slahi of 5,445 days of his life. He was kidnapped in Mauritania by the CIA a few weeks after the Sept. 11 attacks, which the Americans suspected him of helping to plan -- an totally erroneous suspicion that the U.S. never admitted or apologized for. What followed was an ordeal, to say the least. Slahi was first interrogated in Jordan, then in Afghanistan. Finally, he was flown to the U.S. military base at Guantanamo Bay in Cuba, where he became prisoner No. 760.

Now, his story is being made into a movie starring Jodie Foster and Benedict Cumberbatch. "Prisoner 760" is scheduled to be released in early 2021. In it, Cumberbatch plays the arch-conservative U.S. Attorney General Stuart Couch, who was supposed to prosecute Slahi but eventually dropped the case due to a lack of evidence. "The film is a political thriller. It shows how our societies are changing," says director Kevin Macdonald.

On a morning in mid-March, Slahi is sitting in his one-and-a-half room apartment off a quiet courtyard in the center of Nouakchott. He has a few hours before he has to appear on set again. Slahi pours tea into water glasses.

He talks about how his American torturers drove him out into the Caribbean Sea in a speedboat. Tied up, blindfolded and with his body wrapped in ice, presumably to hide the traces of violence, they told him that no one would care if he were to simply disappear in the ocean. He would "sink like a rock," they said. Then they beat him until his ribs broke.

At first, Slahi says he was full of rage. "I could have tossed a bomb into the White House."

The 49-year-old takes off his flowing robes and turban, revealing a slender man with a shaved head and a delicate face wearing trousers and a shirt. Beneath his damask boubou, his black T-shirt is emblazoned with the words: "Choose Love."

'My Door Is Open'

Unlike many others, Slahi didn't go crazy in Guantanamo. Prisoner No. 535, for instance, an Egyptian, believed he had actually gone to hell. In 2003 alone, 120 prisoners tried to commit suicide. Very few of those who have been released have found their way back to normal life. Slahi says the sounds of his childhood carried him through the darkest hours.

It wasn't until Oct. 17, 2016, that the CIA brought him back to the spot where they had kidnapped him a good decade and a half earlier, at the airport in Nouakchott. By then, his old life no longer existed. His mother had passed away. His brother, who imported car tires from Germany, had lost the business. Slahi met nieces and nephews in their teens whom he never even knew existed.

After his release, he wrote a Facebook post to all those who had guarded and mistreated him: "We learned a lot from each other. I hope we will meet again and drink a cup of tea together. My door is open."

He says: "I have forgiven my tormentors." There's no other way to survive this kind of fate without going mad, he adds.

A U.S. Navy interrogator replied to Slahi's post with a vacation photo of her in front of the Berlin Wall. "Hi Pillow! Hope all is well. Glad that you're home." Pillow was the nickname the soldiers gave Slahi. They called him that because a pillow was the first item Slahi was allowed to have in his cell after the harshest round of torture, which lasted 70 days. Another soldier, who called himself "Jedi," wrote: "I just want to say that I am sorry if I ever caused you any harm. I wish you the best in life."

"Jedi" was stationed at the Guantanamo Bay detention camp from 2003 to 2004, during Slahi's darkest hour. The soldier would shake him awake again and again, depriving him of sleep and food, though when it came time to fast, he was forced to eat. Slahi wrote back: "Heh brother! You were very nice to me always, remember the Mountain Dew and the blueberry muffins. Thank you for reaching out." Slahi had also made friends with one of the guards. They played chess and watched movies. Two years ago, the former soldier Steve Wood visited Slahi in Mauritania.

And yet, to this day, Slahi still suffers from the consequences of being tortured. His bedroom may not be larger than his former cell. He can only sleep alone. At night, he often dreams of being back in Guantanamo, lying naked on the floor under neon lights. With the U.S. national anthem thundering through the room. And interrogators screaming at him. He's thousands of miles away from Cuba now. But a part of Guantanamo is still with him.

Slahi remarried two years ago. He met his new wife over the internet. She's an American and works in Berlin. The couple now has a 1-year-old son. The relationship is a new beginning, Slahi says, but also a "challenge." The sexual humiliation he experienced in Guantanamo has "become part of me." Physical touch still triggers pain and old memories, Slahi says. Writing helps. So does being alone.

Today, when Slahi walks down the street in the Tevragh-Zeina neighborhood, past the Safari Café and the Semiramis Hotel, drivers honk their horns at him. Girls call out his name as if he was a rock star. Some ask if they can take a selfie with him. In Mauritania, Slahi is a hero. There is no stigma here of having been incarcerated in Guantanamo. The girls say he resisted the injustice of America and defeated the greatest superpower through inner strength.

In Guantanamo, Slahi wrote a book. "Guantánamo Diary" became a bestseller and was translated into 27 languages. The book is the only authentic account from a former inmate of life written inside the prison. Slahi's lawyer, Nancy Hollander, waged a years-long legal battle against U.S. authorities to get the manuscript published.

The book is also the basis of the movie, "Prisoner 760." It tells the story of a Bedouin boy from the Idab Lahsan tribe in southwest Mauritania, who was awarded a scholarship from the Carl Duisberg Society in Germany for outstanding school performance. The young man goes on to study electrical engineering. He lived in Germany for 12 years.

Then Slahi got a call from a cousin. The cousin had followed the founder of al-Qaida, Osama bin Laden, to Sudan and had called Slahi from the terrorist's phone, asking him to send money to his sick father. Slahi complied with the request. The phone call was intercepted by U.S. spies. Based on the call, the CIA concluded that Slahi was bin Laden's chief recruiter in Germany -- a mistake the agency never admitted.

A few days after our first meeting, Slahi stands on the beach in Nouakchott. They're filming a wedding scene in which hundreds of guests crowd into a Bedouin tent. The extras are festively dressed. There is music and dancing. Slahi is played by a French actor. The British and American ambassadors are among the spectators. The mood is relaxed.

Jodie Foster plays Nancy Hollander, Slahi's lawyer. "I was drawn in by the emotional story first, Mohamedou’s awful journey," she says in an interview with DER SPIEGEL. "It’s hard to imagine how a human being could endure that."

When Hollander and the prisoner met for the first time, the lawyer initially had no idea who he was, whether he was guilty or not. Now, the lawyer tells DER SPIEGEL: "Mohamedou is an innocent man who was confronted with the aggregate power of the state and lost his fundamental rights."

The U.S. government claims Slahi is a dangerous manipulator. In the eyes of those who continue to surveil Slahi to this day, the fact that star lawyers like Hollander are standing up for Slahi pro bono is merely further confirmation of this suspicion. For them, Slahi is a cold-blooded, calculating person. A "bad guy." At least that's what U.S. diplomats write to their allied counterparts when Slahi applies for visas in Western countries, including Germany.

Meanwhile, Slahi has completed a distance learning course at an international academy to become a life coach. He believes his experiences uniquely qualify him to help people who are under stress. He now advises clients in the U.S., Switzerland and Britain via Skype. "It has helped me to understand that so many people suffer from similar problems as me," he says. Most of his clients have trouble in relationships and suffer from a lack of self-love.

His next book is already finished. It's about a Bedouin whose camel gets lost after following the wrong caravan, and about the adventures its owner experiences while trying to recover the animal he loves like a family member. Slahi wishes to make a living as a writer and fight for human rights.

He would love to travel to Berlin, where his wife and child live. But so far, he hasn't been allowed. Ever since he was released from Guantanamo, Germany has refused to grant him a visa." 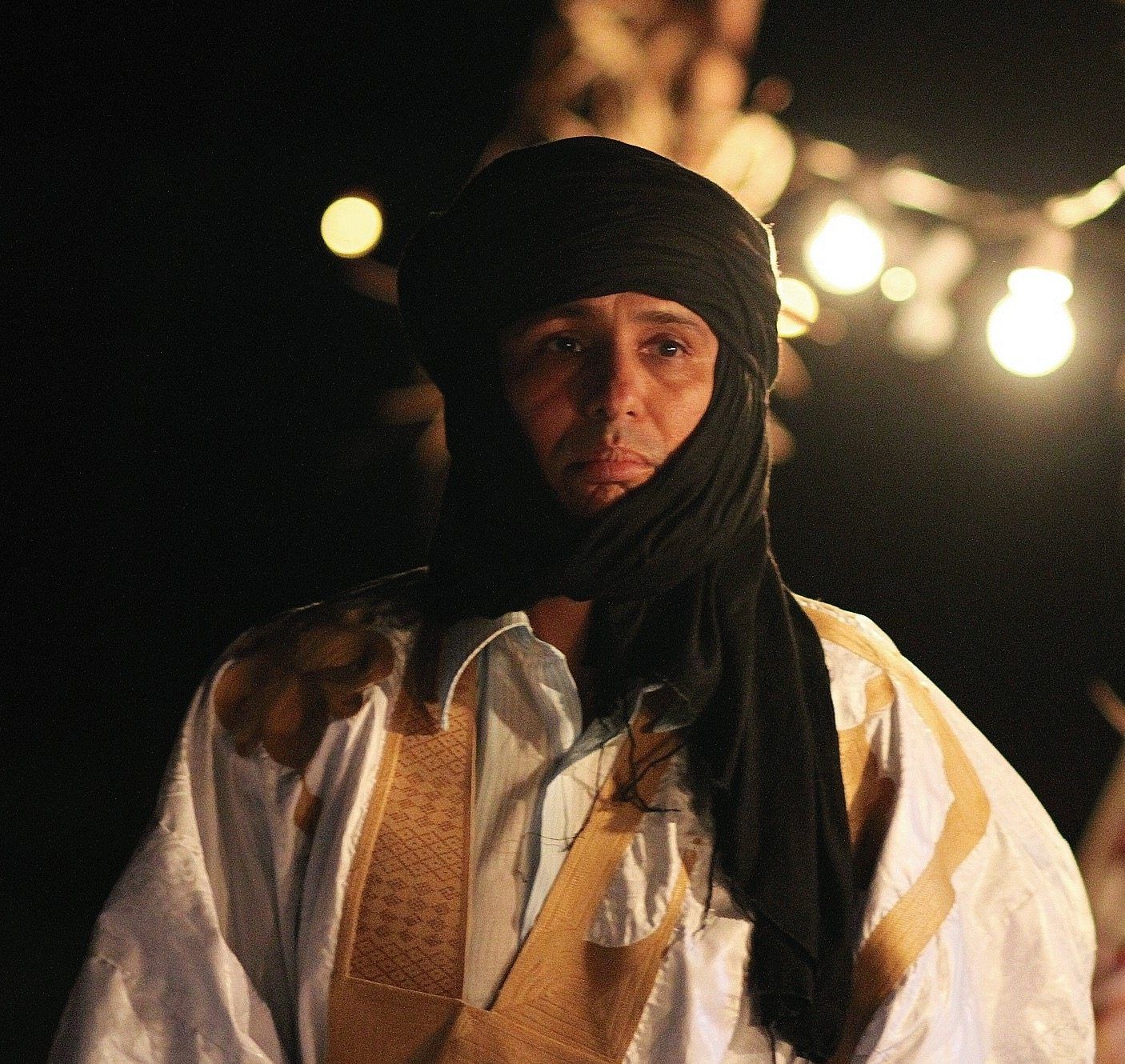 Mohamedou Ould Slahi was imprisoned in Guantanamo after the CIA concluded erroneously he was al-Qaida's main recruiter in Germany. 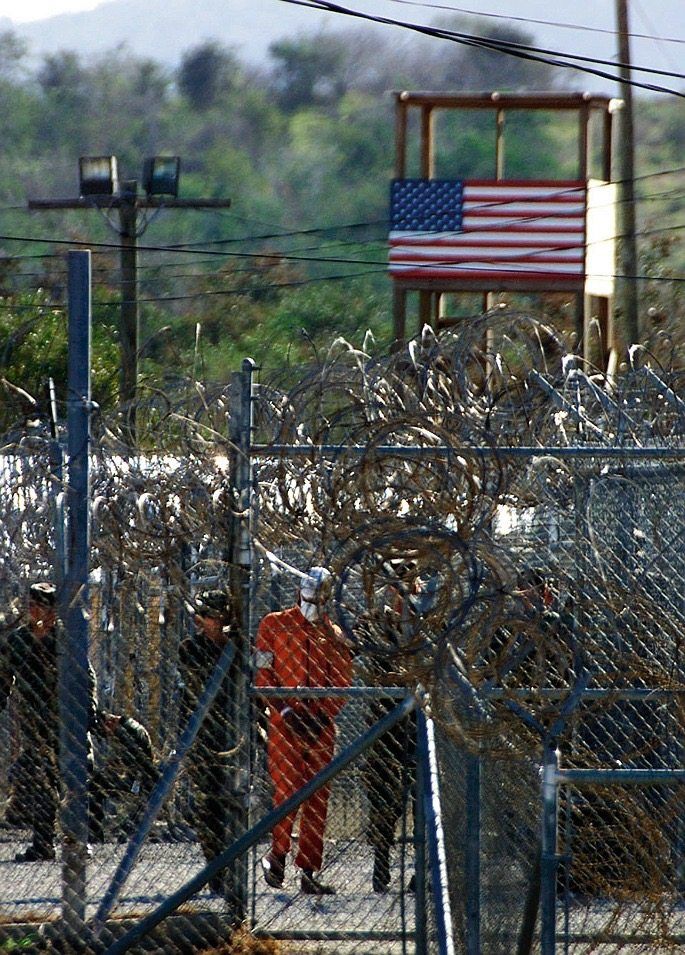 The Guantanamo Bay prison in 2002 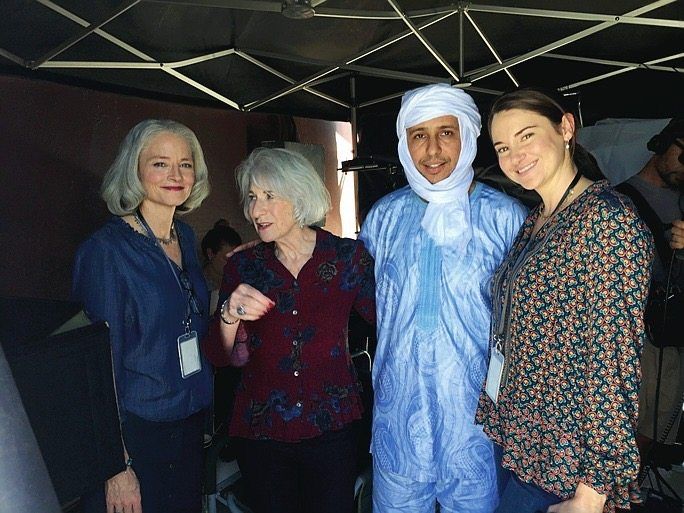