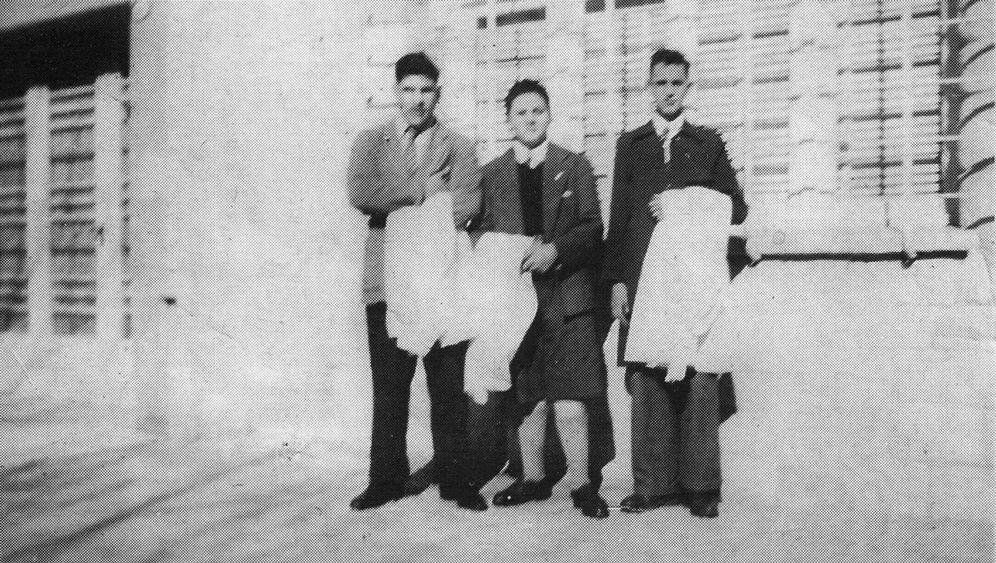 Already the first moment was telling. Jorge Mario Bergoglio, the 76-year-old archbishop of Buenos Aires, stepped out on to the Benediction Loggia overlooking St. Peter's Square at 8:22 p.m. local time in Rome. And the first thing the world noticed about the new pope was what he was missing: the fir-trimmed papal mantle.

Pope Francis, the newly appointed religious leader of some 1.2 billion faithful, stood there humbly. He thanked the cardinals for choosing him, adding that they had gone "almost to the ends of the earth to get him."

Indeed, hardly anyone would have guessed that this Jesuit would be chosen. Other names had been floated in rain-soaked Rome. Some put their money on Scola, the Italian, while others thought it would be Schönborn, an Austrian. Still others figured it might be Scherer, the Brazilian.

And some concluded that if the cardinals were really courageous, it would be an African. But even if it wasn't, they still showed some audacity in choosing Bergoglio as the first person from Latin America to head of the global Catholic Church. On top of that, he is also the first person from the Jesuit Order. 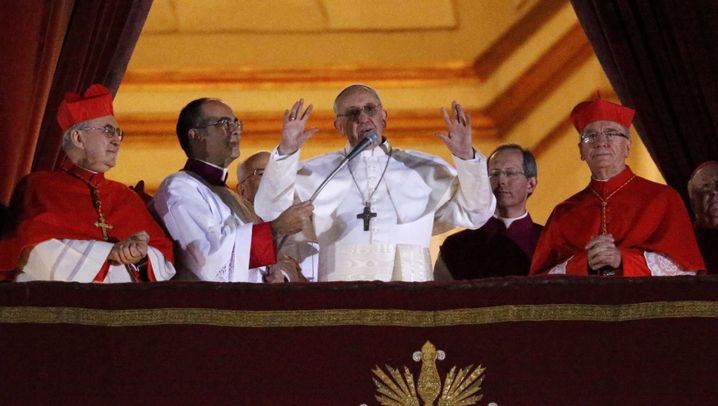 With Bergoglio, they have elected an unpretentious, down-to-earth man who is close to the people. Instead of using the luxury sedan supplied to bishops, he uses public transportation. Rather than living in the bishop's residence, he has a simple apartment. He even does his own grocery shopping and cooking. And, at meetings of the cardinals, he prefers to sit in the second row rather than the first.

In 2005, Bergoglio waived his candidacy to become pope, which benefited Joseph Ratzinger, who went on to become Pope Benedict XVI. In the third round of voting, up to 40 cardinals reportedly chose Bergoglio. With roughly one-third of cardinals supporting him, Bergoglio could have theoretically blocked any other candidate. But by withdrawing from the running he ultimately allowed Ratzinger's election.

Bergoglio is thought to be quiet and media-shy, but his rare public pronouncements carry enormous weight in his home country. He avoids politics and takes on injustices such as corruption, poverty and inequality with clear statements.

But Bergoglio had hardly been identified as a favorite in recent weeks, having already failed to be selected back in 2005. His health has also been an issue. Since childhood he has struggled with lung problems, and after a fierce bout of the flu in 2005, he made a slow recovery. During the last conclave, critics said he lacked adequate passion to take on the position.

Still, Bergoglio must have been seen as a viable candidate back then, because his opponents brought forward all manner of allegations against him. Just three days after the conclave began, a lawyer pressed charges against the Buenos Aires archbishop for allegedly acting as an accomplice in the kidnapping of two Jesuit priests in 1976. Bergoglio was repeatedly accused of failing to take an appropriate position during Argentina's military dictatorship from 1976 to 1983. He denies all such charges to this day.

One of five children, Bergoglio was born on Dec. 17, 1936 in Buenos Aires, the son of Italian immigrants from Turin. He holds citizenship in both Argentina and Italy -- a fact that qualified him as a papal candidate. While his home is Latin America, Bergoglio is also at home in Europe. A man of the world church, his humility and modesty are said to be admired by other cardinals.

Bergoglio studied chemical engineering before he went to seminary and joined the Jesuit order. He taught philosophy, psychology and literature courses, and became a priest in 1969, going on to lead Argentina's Jesuit province. In 1985, his doctoral studies brought him to a seminary in Frankfurt, which is why he now speaks German. In 1998, Pope John Paul II named him archbishop of Buenos Aires, and in 2005 he became the head of Argentina's bishops' conference. He enjoys cooking, opera, Greek classics, Shakespeare, Dostoyevsky and swimming.

He is known as a moderate and open theologian. Conservatives prize his role as a Jesuit, in addition to his church work with the poor and in developing countries. Bergoglio is an intellectual, but also a charismatic ascetic. He is well-read but grounded, well-travelled but deeply rooted to his home.

Far from being a theorist, he ventures out into the favelas to visit the people. He seldom seeks a large audience, but when he does, it's because he has something to say. His main concerns are globalization and the divide between rich and poor. "The unjust distribution of goods persists, creating a situation of social sin that cries out to heaven and limits the possibilities of a fuller life for so many of our brothers," he reportedly told a gathering of Latin American bishops in 2007.

Francis is conservative on questions related to sexual morals. He opposes abortion, gay marriage and contraception. In 2010 he got into a dispute with Argentina's President Cristina Fernández de Kirchner. The then-archbishop said that the adoption of children by gay couples would be child discrimination. The president said Bergoglio's statements were reminiscent of the "medieval times and the Inquisition."

On Catholic holy days, Bergoglio visited hospitals and prisons and washed the feet of patients and inmates. He stood up for those infected with HIV and for the baptism of children born out-of-wedlock, two stances that carried a lot of weight in a staunchly Catholic country like Argentina. In 2012 he criticized priests who refused to perform such baptisms as exhibiting a "hypocritical neo-clericalism." Bergoglio is considered to be close to the conservative and socially engaged movement Communion and Liberation.

Correction: An earlier version of this story incorrectly stated that Bergoglio had spent some time working on his dissertation in Freiburg. In reality, it was the Sankt Georgen Graduate School of Philosophy and Theology, which is located in Frankfurt. 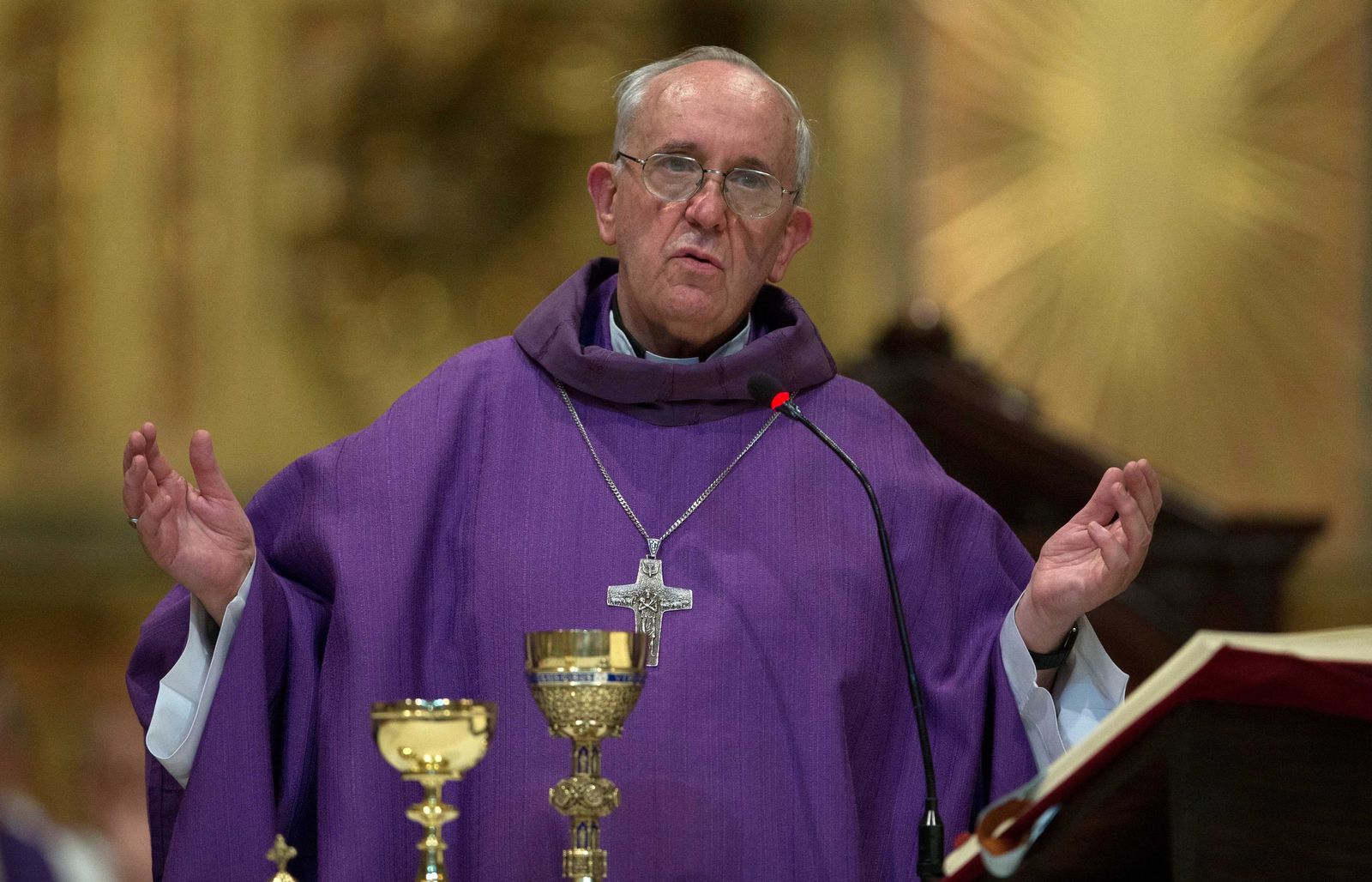 Cardinal Bergoglio is the 266th pope. He is the first pope not from Europe since Christopher Columbus discovered the New World. He was the head of the Catholic Church's powerful Jesuit order. He was raised in Buenos Aires and was born to Italian parents who immigrated to Argentina.