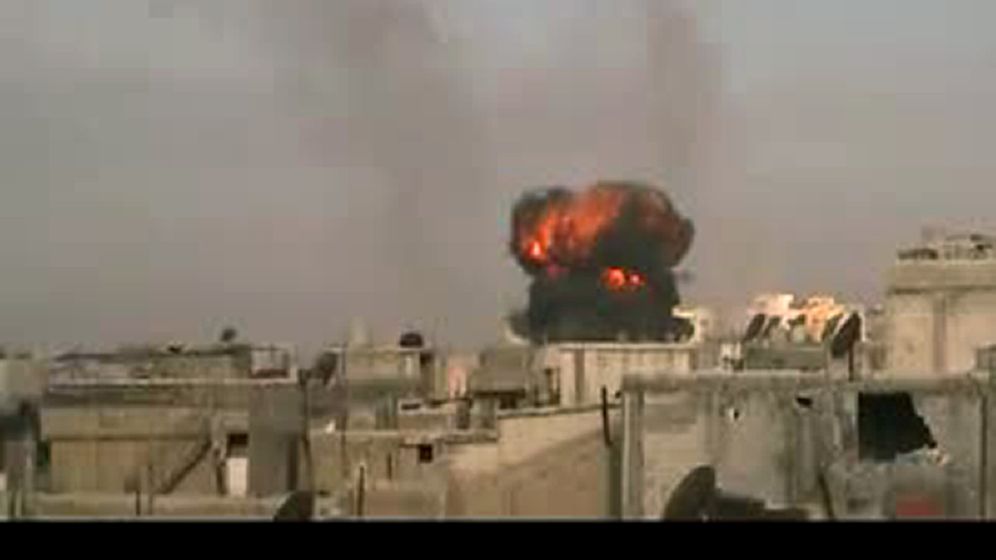 Hussein can barely remember the first time he executed someone. It was probably in a cemetery in the evening, or at night; he can't recall exactly. It was definitely mid-October of last year, and the man was Shiite, for sure. He had confessed to killing women -- decent women, whose husbands and sons had protested against Syrian President Bashar Assad's regime. So the rebels had decided that the man, a soldier in the Syrian army, deserved to die, too.

Hussein didn't care if the man had been beaten into a confession, or that he was terrified of death and had begun to stammer prayers. It was his tough luck that the rebels had caught him. Hussein took out his army knife and sliced the kneeling man's neck. His comrades from the so-called "burial brigade" quickly interred the blood-stained corpse in the sand of the graveyard west of the Baba Amr area of the rebel stronghold of Homs. At the time, the neighborhood was in the hands of the insurgents.

That first execution was a rite of passage for Hussein. He now became a member of the Homs burial brigade. The men, of which there are only a handful, kill in the name of the Syrian revolution. They leave torture to others; that's what the so-called interrogation brigade is for. "They do the ugly work," says Hussein, who is currently being treated in a hospital in the Lebanese city of Tripoli. He was injured when a piece of shrapnel became lodged in his back during the army's ground invasion of Baba Amr in early March.

He is recovering in relatively safe Lebanon until he can return to Syria and "get back to work." It's a job he considers relatively clean. "Most men can torture, but they're not able to kill from close range," he explains. "I don't know why, but it doesn't bother me. That's why they gave me the job of executioner. It's something for a madman like me."

Before he joined the Farouk Brigade, as the Baba Amr militia is known, last August, the 24-year-old had worked as a salesman. "I can sell everything, from porcelain to yogurt," he says.

How the Rebels Lost Their Innocence

The bloody uprising against the Assad regime has now lasted for a year. And Hussein's story illustrates that, in this time, the rebels have also lost their innocence.

There are probably many reasons for that development. Hussein can rattle off several of them. "There are no longer any laws in Syria," he says. "Soldiers or thugs hired by the regime kill men, maim children and rape our women. If we don't do it, nobody will hold these perpetrators to account."

Another reason, he explains, is the desire for vengeance. "I have been arrested twice. I was tortured for 72 hours. They hung me by the hands, until the joints in my shoulders cracked. They burnt me with hot irons. Of course I want revenge."

His family, too, has suffered. He explains that he lost three uncles, all murdered by the regime. "One of them died with his five children," he says. "Their murderers deserve no mercy."

Most chillingly, Hussein believes that violence is simply in the nature of his society. "Children in France grow up with French, and learn to speak it perfectly," he says. "We Syrians were brought up with the language of violence. We don't speak anything else."

But in spite of all the rebels' justification for their brand of self-administered justice, Hussein's actions fall under what the non-governmental organization Human Rights Watch on Tuesday condemned as "serious human rights abuses" on the part of the Syrian rebels. In the corridors of the hospital in Tripoli, Hussein and his fellow injured comrades speak openly about the fact that they, just like the regime's troops, torture and kill. They find the criticism from the human rights activists unfair: "We rebels are trying to defend the people. We're fighting against slaughterers. When we catch them, we must strike hard," says one fighter, who goes by the nom de guerre Abu Rami.

Over the course of the last year, Homs had developed into the unofficial capital of the revolution. Until a few weeks ago, the rebels controlled whole neighborhoods of the city, especially the district of Baba Amr. But that area was overrun by government troops in early March. The fight between rebels and government forces has now shifted to the neighboring district of Khalidiya.

According to Abu Rami and Hussein, the alternative justice system that the rebels set up in Homs last fall remains intact. "When we catch regime supporters, they are brought before a court martial," they say. The commander of the rebels in Homs, Abu Mohammed, presides over the court. He is assisted by Abu Hussein, the head of the coordinating committee. "Sometimes even more men act as a jury," says Hussein. The interrogation brigade reports on the confessions of the accused. Often the suspects even had videos on their cell phones that showed atrocities being perpetrated against insurgents, the men say. "In that situation, their guilt is established quickly." In the event of a conviction, the prisoners are then handed over to Hussein's burial brigade, which takes them to gardens or to the cemetery. And then Hussein comes along with his knife.

So far, Hussein has cut the throats of four men. Among the group of executioners in Homs, he is the least experienced -- something that he almost seems apologetic about. "I was wounded four times in the last seven months," he says. "I was out of action for a long time." On top of that, he also has other commitments. "I operate our heavy machine gun, a Russian BKC. Naturally I have killed a lot more men with that. But only four with the blade." That will change soon, he says. "I hope I will be released from the hospital next week and can return to Homs. Then those dogs will be in for it."

The rebels in Homs began carrying out regular executions in August of last year, shortly after the conflict in the country began to escalate, says Hussein's comrade Abu Rami. In his Adidas tracksuit, he looks like any other convalescent in the hospital. But Abu Rami is a senior member of the Homs militia. The other Syrians in the ward greet him respectfully and pay close attention to his words.

"Since last summer, we have executed slightly fewer than 150 men, which represents about 20 percent of our prisoners," says Abu Rami. Those prisoners who are not convicted and sentenced to death are exchanged for rebel prisoners or detained protesters, he says. But the executioners of Homs have been busier with traitors within their own ranks than with prisoners of war. "If we catch a Sunni spying, or if a citizen betrays the revolution, we make it quick," says the fighter. According to Abu Rami, Hussein's burial brigade has put between 200 and 250 traitors to death since the beginning of the uprising.

He dismisses any doubts about whether these people were really all guilty and whether they received a fair trial. "We make great efforts to investigate thoroughly," Abu Rami says. "Sometimes we acquit people, too."

Apart from anything else, it is simply the nature of every revolution to be bloody, Abu Rami explains. "Syria is not a country for the sensitive."