Jonsdorf was a relatively peaceful place until not too long ago. The clear air, at altitudes of about 550 meters (1,800 feet) above sea level, helped make the town a popular mountain spa resort. Other attractions include the Zittau narrow-gauge railroad, spas and a butterfly house.

But there are also some new dashes of color around town that don't quite fit into the idyllic landscape of the Upper Lusatia region. They are bright yellow and can be had for about €70 ($91) at the local hardware store: wheel clamps, also known as "Denver boots." More and more Jonsdorf residents are using the devices to protect their cars against car thieves in this town near Germany's eastern border.

The thieves have already made their mark in Jonsdorf, near the border with both Poland and the Czech Republic. Two cars have already disappeared from a parking lot at a spa that caters to mothers with their children, while other vehicles were stolen near the local ice-skating rink. Even the parking lot in front of the butterfly house is no longer a safe bet, after a VW Golf and a minibus were stolen there. "It's quite a shock for people here," says Frithjof Helle, the director of the butterfly collection.

Many other towns in eastern Germany's border regions are experiencing the same problem. Car thefts are sharply on the rise for the first time in years. The eastern states of Brandenburg, Berlin and Saxony have reported an increase of more than 30 percent for 2009, and car theft was up by about 50 percent in the Upper Lusatia and Lower Silesia regions and by more than 60 percent in the city of Dresden. The precarious situation is proving to be toxic for tourism. Investigators believe that this unsettling development is an obvious consequence of Germany's open borders with Poland and the Czech Republic.

The turnpikes at the border crossings were permanently raised on Dec. 21, 2007, when officials stopped checking the papers of those crossing the border with these countries that had now joined the so-called Schengen zone. It was part of an effort to establish greater unity within Europe, with uniforms and obligatory identification seen as inconsistent with the new freedom of movement. But this didn't eliminate the sharp differences in income levels between Germany and its eastern neighbors -- or the trafficking of German cars to the East.

Arne-Christian Feuring, the chief of police in the eastern German border city of Frankfurt (Oder), says that the opening of the borders has created "new markets" for German and foreign professional gangs. According to Feuring, the gangs are particularly interested in expensive luxury SUVs that can handle Eastern Europe's bumpy roads.

Things became significantly easier for the car thieves when several hundred federal police officers were withdrawn from the border in 2007. And the "hidden inspections" within a 30-kilometer (18-mile) wide zone along the border that were introduced as an alternative to formal border controls are apparently not working as well as expected.

Daily raids keep the German police busy in the corner of Saxony that borders both Poland and the Czech Republic. Almost 4,000 vehicles were stolen in Saxony in 2009. Two models that are particularly popular among car thieves are the Porsche Cayenne and the BMW X5, but thieves are also quick to take advantage of other opportunities to make off with valuable Western products, including, recently, a Harley Davidson and 35 complete wheel sets stolen from a car dealership in the town of Eckartsberg.

The trail often leads to the Czech Republic, but the police have only managed to clear up a quarter of all cases. The thieves are usually too fast. In Jonsdorf, for example, they can disappear across the so-called green border within minutes. Many of the old paths through fields and forests that were blocked by heavy stones for decades are now passable again.

The police rarely catch the thieves red-handed. But when they do, the situation can quickly become dangerous. For example, when plainclothes officers in the town of Cotta tried to stop a suspicious-looking VW Passat with a license plate from the state of Thuringia, the driver stepped on the gas. An accomplice in a car with Czech plates braked in front of the police car, temporarily forcing it to slow down, but then the police took up the chase, speeding toward the Bahratal border crossing at 170 kph (about 105 mph). The frustrated officers eventually gave up the chase, but the thieves, two Czech men, were later apprehended by Czech police.

Authorities plan to introduce new procedures to reduce the likelihood of such incidents in the future. Markus Ulbig, the interior minister for the state of Saxony, has deployed plainclothes and uniformed patrols to the border region; the Poles have promised to participate in joint investigation and pursuit teams; and German riot police will now use helicopters to search for suspicious cars. "Together, we are declaring war on the international car trafficking gangs," says Ulbig.

While politicians with the far-right National Democratic Party (NPD) are calling for the reintroduction of border controls, car owners and dealerships have taken matters into their own hands. For instance, GPS tracking systems installed in cars are becoming increasingly popular. They enable car owners to track down their stolen vehicles abroad -- on their own, if necessary. Another popular device is a hidden switch that allows the driver to cut off the gasoline supply to the engine after parking the car.

Some car dealerships have already installed numerous security measures, including tall fences, floodlights and video surveillance cameras. The vehicles in their showrooms are parked closely together and blocked with heavy stones, making it more difficult to remove them from the lots.

Prepared for Any Obstacle

Experience has shown, however, that the car thieves are now prepared for almost any obstacle, and are hardly deterred by even the most sophisticated security measures. For example, some professional car thieves have gained access to key blanks or copies of the manufacturers' security software, allowing them to easily overcome electronic anti-theft mechanisms.

Another way thieves are circumventing the new alarm systems is to steal the owners' keys before making off with their vehicles. To do so, they stake out an owner for days to gain information about a car's surroundings. They find out how the vehicle is secured, familiarize themselves with the features of the owner's living environment, identify police access routes and map out routes to the nearest highway heading east. When they are ready to steal the car, accomplices in other cars escort them, serving as security.

Thieves are even stealing cars on public streets in broad daylight. Last month, two men in Berlin forced the driver of an Audi A5 to stop. "Drug inspection, show us your papers, please!" said one of the thieves, masquerading as a plainclothes police officer. When the driver, a businessman, got out of the car, the thieves jumped in and sped away.

A Berlin police detective describes methods reminiscent of gentleman gangsters of Hollywood fame. Some of the thieves, who are often Eastern European, show up to work wearing a suit and tie, so as not to look conspicuous driving the stolen luxury vehicles.

The thieves, knowing that the victims are likely to buy another car in the same price class, sometimes return to the scene of the crime. Car thieves targeted a man in Berlin's Zehlendorf neighborhood three times in the last six months. As the father of six children, the man needs a large vehicle, like his VW bus. But after submitting his most recent claim, his insurance company is now refusing to insure another vehicle for him. 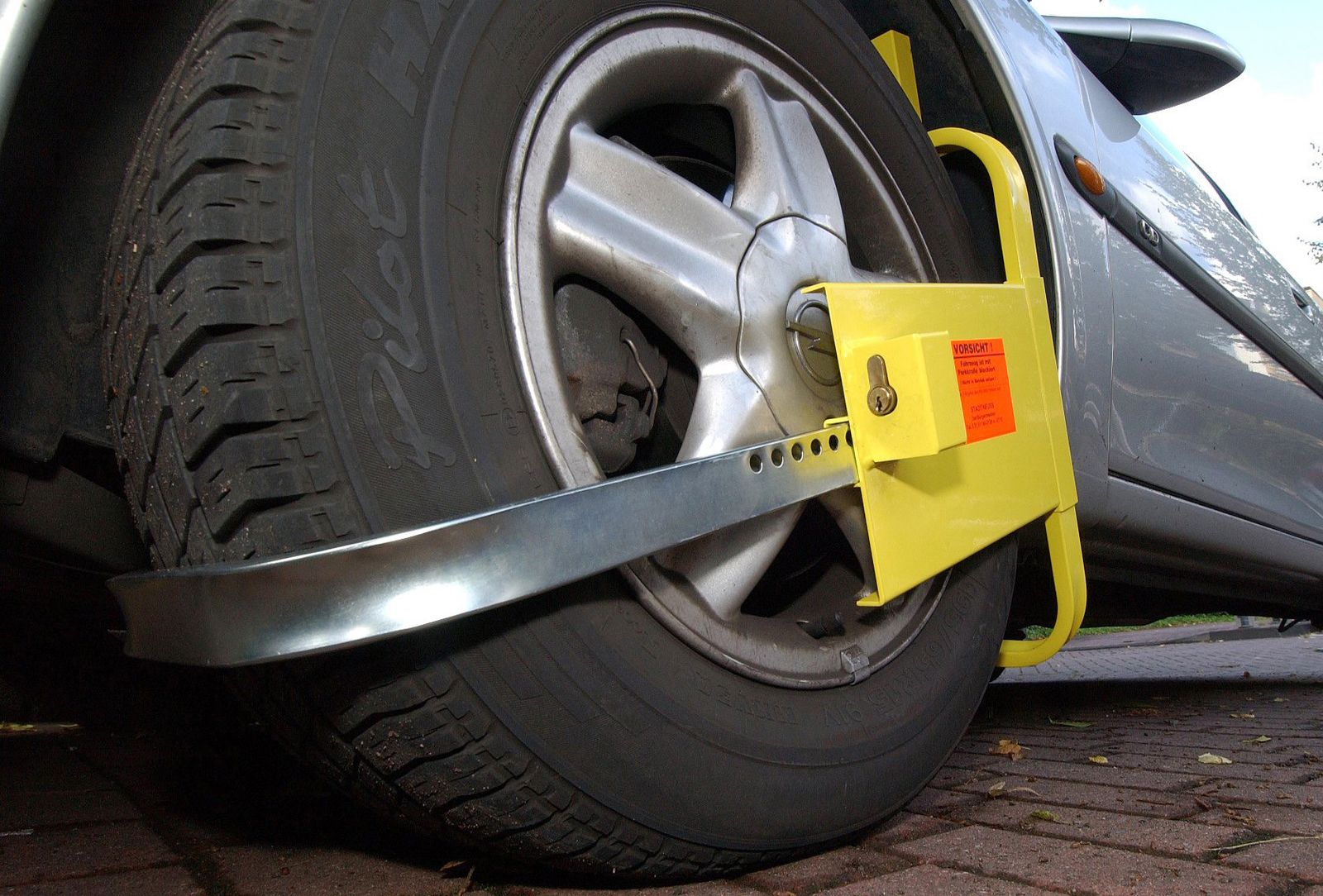 Nervous car owners are resorting to boots on their own cars in an effort to fend off cross-border auto thieves whose job is easier now that Germany's eastern border is gone.