The business daily Vedomosti, one of Russia's most reputable newspapers, named the most important people of 2012 in its New Year's edition. They included the new Georgian prime minister, Bidzina Ivanishvili, who was named the most impressive politician of the year, while the political activists with the punk bank Pussy Riot were dubbed "cultural heroes."

Next to them on the cover page is a photo of a smiling, blond-haired boy with blue eyes: Dima Yakovlev, the "victim of the year."

In fact, Dima had already died in July 2008, when the then two-year-old boy suffocated after being locked in a car on a swelteringly hot day. His American adoptive father had simply forgotten about the boy. Russians were outraged when an American court later acquitted the man of involuntary manslaughter.

But now little Dima, the journalists at Vedomosti wrote, was being killed a second time, in a manner of speaking, "as a child victim and against every Christian moral" -- this time by the members of the Russian parliament and President Vladimir Putin.

On Friday, President Putin signed a bill named after Dima Yakovlev into law. The new legislation, which bars American citizens from adopting children from Russia, is an act of revenge straight out of the pages of the Cold War.

US President Barack Obama hesitated for a long time before signing the bill. His diplomats knew that Moscow would not accept the intervention into its internal affairs without striking back. But few in Washington had expected this response from the Kremlin.

Putin could have made it more difficult for the Americans to withdraw their troops from Afghanistan, because much of the operation passes through Russian territory. He could have ordered fewer Boeing wide-bodied aircraft or called for a boycott of iPhones or Coca-Cola.

Instead, the man who likes to portray himself as a macho leader decided to use the weakest of the weak as pawns: the 130,000 children living in more than 2,000 Russian orphanages. Americans have adopted more than 60,000 Russian children since 1991, and hundreds also find new homes in other Western countries every year.

But Putin, who signed the bill against the advice of his foreign minister and his minister of social affairs, is also harming himself with the ban on US adoptions. Even die-hard America haters like top TV pundit Mikhail Leontyev are critical of the law. Putin also faces criticism from the Orthodox Church, which is normally submissive to the Kremlin. "We cannot accept the fact that decisions that affect children are being made on the basis of broader political considerations," said the Bishop of Smolensk.

More than 100,000 Russians had signed a petition against the law within a few days. Putin critics on the Internet even likened the Kremlin leader to King Herod in the New Testament, a child murderer.

The conditions in some Russian orphanages are still bad, although they have improved since the 1990s. This summer, 27 children died of malnutrition in an orphanage near the Siberian city of Kemerovo.

"The worst thing of all is the complete isolation of orphanage children from the outside world," concludes the Here and Now Foundation, a Moscow-based child aid organization. Besides, foreigners often adopt the children no one in Russia wants, in other words, those who will never stand a chance of being adopted now. Putin's signature last week also stopped 46 pending adoptions; the children in some of the cases are reportedly disabled.

Another aid organization has studied what happens to the 15,000 children who are discharged from orphanages each year. It concluded that 40 percent become criminals, and that one in five become homeless.

These numbers hold a mirror up to a society in which the gap between rich and poor uproots people, and in which growing affluence leads to growing egoism. The United Nations International Children's Emergency Fund (UNICEF) estimates that nine out of 10 children in Russian orphanages become so-called social orphans, which means that they still have at least one biological parent, but are cast out because of poverty or convenience.'

Instead of addressing these ills, the Russian parliament, the Duma, under pressure from the Kremlin, voted almost unanimously for the Dima Yakovlev Law. A member with the social democratic-oriented A Just Russia party even suggested that one in six Russian children adopted by Americans is sexually abused or used for organ transplants.

"Even if one-tenth of (60,000) orphans will be tortured, used for organs transplanting or for sexual exploitation, given that there are 9 million same-sex marriages in the United States, the remaining 50,000 may be used in the future to be recruited for war, maybe even with Russia," said Svetland Goryacheva, a member of the State Duma.

It's the kind of tirade, Kremlin critic Viktor Davidov wrote, that "Stalin would have enjoyed." 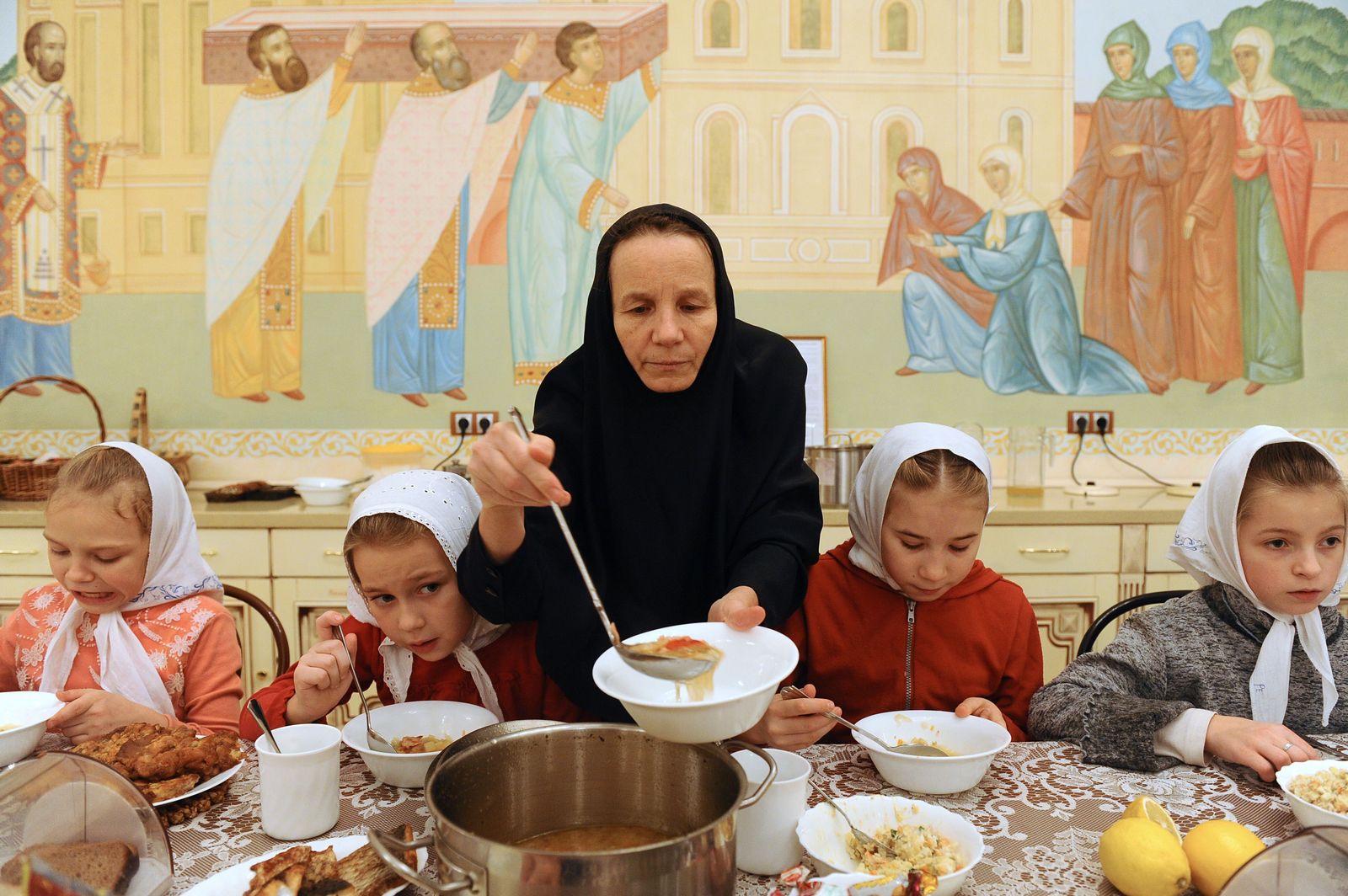 Children and their caregiver at a Moscow orphanage: "The worst thing of all is the complete isolation of orphanage children from the outside world."