Sometimes a sigh says more than words. On Thursday, Russian President Vladimir Putin held his annual state of the nation address in front of members of his government and both chambers of parliament, the State Duma and the Federal Council. And when, during his speech, he lamented that "very corrupt" officials were preventing local authorities from giving vacant community property to large families, he let out a quiet sigh.

Russia's head of state spoke about his country's apparatus of state like a teacher speaks about students whose poor grades threaten their graduation. It was also a throwback to May 2012, when he announced directives aimed at improving the country's administration -- none of which have been implemented.

Putin complained about "administrative barriers" for exporters, mentioned "grueling conversations" with the finance minister and asked civil servants to fulfill their duties "without excuses" and without "watering down" assignments.

Putin hinted at the dramatic effects of corruption by mentioning "rising ethnic tensions." He also warned about "corruptible employees of the law enforcement agencies building a shelter for the ethnic mafia."

Putin touched on another sensitive subject when he called for the "de-offshorization" of the economy. He was referring to the habit of government-owned and -affiliated companies to avoid paying Russian taxes by registering themselves in sunny island havens. Some listeners in the hall smiled mischievously during this part of the speech because they knew full well which practices he meant. So far, Putin said, "de-offshorization" had yielded "barely noticeable" results.

On the brink of his 15th year in power, this was a de facto acknowledgment that, despite his czar-like powers, the head of state is still helpless in the face of kleptocratic administrators. Russian society is currently in a phase of stagnation. Even the loyal state workers who once again voted for Putin a year and a half ago are noticing more and more similarities to the crisis in Soviet society at the end of General Secretary Leonid Brezhnev's era of leadership.

Putin called for a "broad social discussion" and for greater control of the administration through "civil society," and, in a change, he vowed to "support the civil rights movements." Nevertheless, he did not make any self-critical remarks about his repressive approach to the non-parliamentarian opposition in the past year -- including the disastrous verdict against the young women of Pussy Riot.

Putin's speech confirms what Moscow analyst Mikhail Delyagin warned about a decade ago, when he said the president could become a "hostage of bureaucracy." Putin's call, before the applauding bureaucrats of the Kremlin's Georgievski Hall, to "finally" achieve a "technological breakthrough" will likely be as ineffective as his previous appeals.

In his last address to the nation, in Dec. 2012, Putin had clearly spelled out the dangers caused by bureaucrats who slow things down: Those who miss out on progress, Putin said, will become "outsiders" in a world of increased competition and will "inevitably lose their independence." It's a warning he did not repeat this year, though circumstances remain the same.

Putin spoke about foreign policy with pragmatism and moderation, as if trying to restrain the hotheads. "We do not aspire to super-power status," said the president. Together with its allies, Russia wants to conduct itself like a "mature, responsible great power," like it did in the case of Syria's chemical disarmament and the most recent agreement on the Iranian nuclear program.

When it came to Ukraine, Putin called for cooperation with the European Union. This shows that the head of state, who is regularly briefed on Ukraine's domestic and foreign political happenings by his intelligence agencies, is moving toward a realistic assessment of the country. He knows that Ukraine will not join the Eurasian Economic Community (EAEC) with Russia, Belarus and Kazakhstan, let alone sign on to the Moscow-run Collective Security Treaty Organization.

Moscow can't accomplish more than a selective cooperation between Ukraine and the EAEC customs union, something Putin admitted when he said: "We are not imposing anything on anyone." Russia is apparently not interested in a confrontation with the EU about Ukraine.

Alarms are going off in Moscow, however, about American plans for a missile defense system. Putin sees this project as "defensive only in name" and as one that has offers "offensive potential" that could upset the "strategic balance of power."

Thus, if the Americans build the missile defense system, Moscow will embrace countermeasures. But Putin still plans to keep the door open to negotiations with the United States. International conflicts, he stressed, should be resolved "only with peaceful means."

Putin is acting a bit like Otto von Bismarck, the chancellor of the German Reich between 1871 and 1890. Outwardly professional and in many ways successful, the Iron Chancellor ultimately failed because of his refusal to reform domestic politics and as a result of his repressive treatment of the opposition. 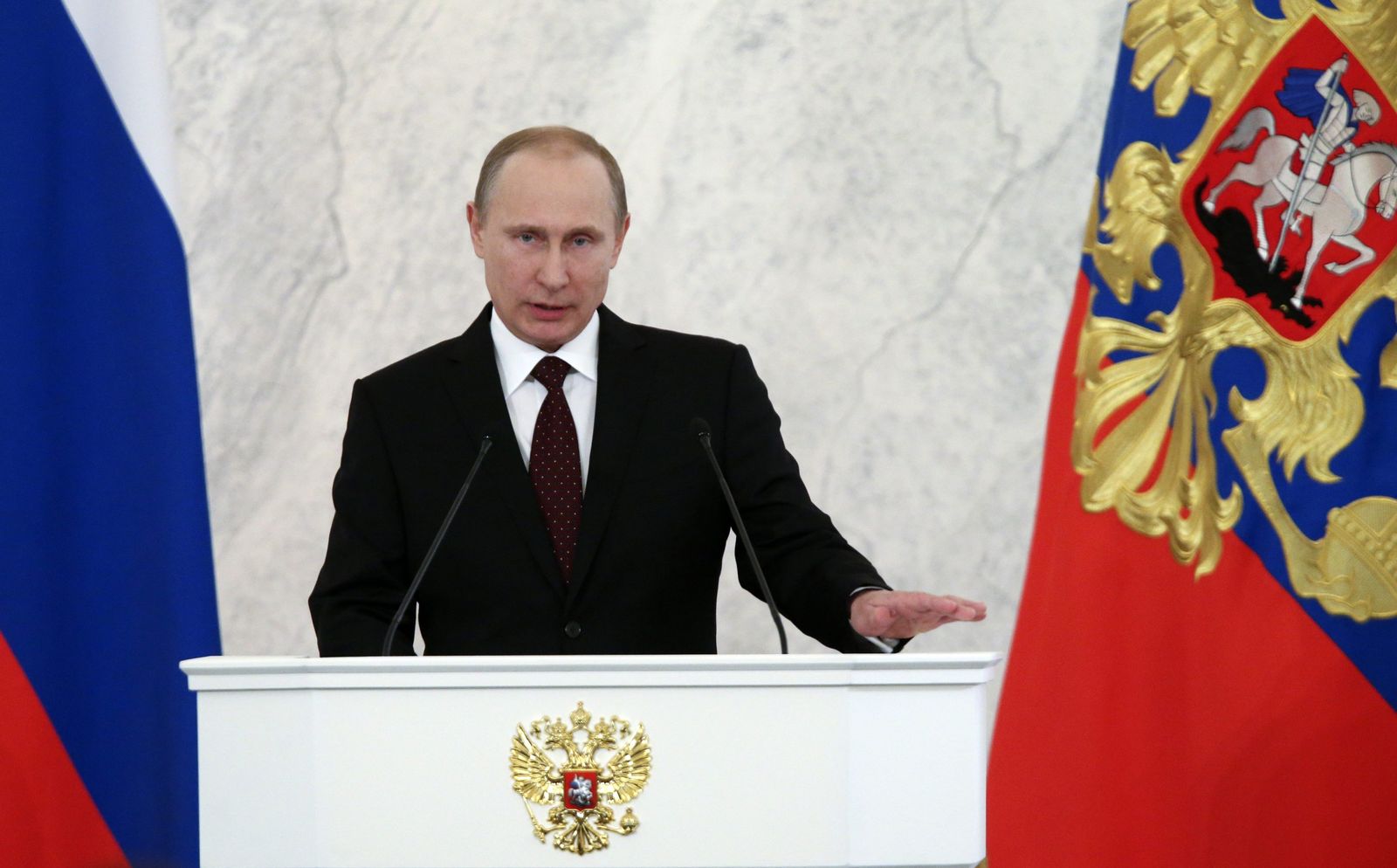