Surprises are rare at the Summit Station. The research camp on the highest point of the Greenland ice sheet is located in complete solitude; the nearest settlement, Ittoqqortoormiit in East Greenland, is about 460 kilometers (286 miles) away. Every few years, a polar bear comes by, but otherwise the researchers at the station, which is operated year-round by the U.S. National Science Foundation, can concentrate on their work. Occasionally, a special Lockheed LC-130 Hercules aircraft equipped with skis brings supplies or new staff.

Their duties also include monitoring the weather. The annual average temperature is -30 degrees Celsius (-22 degrees Fahrenheit). In winter, temperatures below -60 degrees Celsius have also been recorded. Even in summer, the daily average is -13 degrees and below. But a few days ago, there was a surprise at the Summit Station – an unpleasant one. On August 14, at around 6 a.m., technician Alicia Bradley photographed raindrops on the station's windows, which her colleague Zoe Courville had also noticed. As the data from the measuring instruments showed, the precipitation continued for several hours afterward. Temperatures were above freezing for nine hours.

DER SPIEGEL: A few days ago, it rained in Greenland. What's special about that?

Ahlstrøm: It's always something special when precipitation falls there not as snow, but as rain. But this has been happening more and more often recently, even at higher altitudes. And now we have even had rain at the Summit Station, the highest point of the ice sheet. It's 3,216 meters (10,551 feet) above sea level.

DER SPIEGEL: Actually, these days usually mark the beginning of autumn on Greenland. But now a special meteorological constellation has caused high temperatures for several days, in some cases 18 degrees above average. What happened?

Ahlstrøm: On one side of Greenland, there was particularly low air pressure, on the other side, particularly high. This initially brought warm air to the southwest of Greenland, which subsequently made its way up to the Summit Station. But one should not look at this event in isolation.

DER SPIEGEL: In fact, the Arctic is warming more dramatically than any other part of the world. What does that mean for Greenland?

Ahlstrøm: In recent decades, circulation patterns in the atmosphere have changed. We have evidence that warm air is reaching the ice sheet more and more frequently. This has to do with changes in the jet stream. They ensure that the air over Greenland in summer comes less frequently from the far north – and very often from the mid-latitudes, where it is warmer.

The Summit Station was established in 1989. The purpose was to support a research project. In the process, scientists drilled through Greenland's ice, which is more than 3-kilometers thick. There have been several subsequent drillings since then. The ice cores provide a precise climate archive because of the gas bubbles trapped in the ice, from which the composition of the air in the past can be determined. Among other things, the researchers are interested in finding out how much CO2 was in the atmosphere at a given point. But a lot of other information can also be gained from the ice cores, including ash from volcanic eruptions from all over the world that ended up in the Arctic via the air currents in the atmosphere.

DER SPIEGEL: Ice cores show that temperatures at the Summit Station occasionally have been above the freezing level before. What's different now?

Ahlstrøm: If you look back thousands of years, you see events like this maybe every 250 years. Now, we've had rain in 2012, 2019 and 2021, so three times within a decade. The frequency of such events is without precedent.

Summit Station, as seen from the air

DER SPIEGEL: Seven billion tons of rainwater have now landed on Greenland between August 14 and 16 alone. What are the long-term consequences for the ice?

Ahlstrøm: It depends on where the water gets on the ice. Closer to the coasts, the rain can melt exposed ice well because it is so warm. Also, the water is very efficient at washing down the protective snow. The ice that is then exposed is darker and absorbs more solar energy, so it melts even more easily. At higher elevations, the rain may refreeze, but it still makes the snow darker there, too. You can't see this with the human eye, but we can measure it. And that means that more energy is absorbed – and the snow warms up.

More on Climate Change and Greenland

DER SPIEGEL: Will we be able to see this historical raining event in the ice cores of the future?

Ahlstrøm: For sure, you will see these rain events in future ice cores. But they will look different than before anyway. Normally, we have tried to get ice cores from areas of Greenland where the snow does not melt, even in summer. But there will hardly be anything like that in the future.

It is normal for Greenland to lose ice in the summer in the form of melting snow and calving icebergs. In winter, the ice sheet regains mass through new snow. But recently, there has often been an imbalance. A large part of the meltwater ends up in the ocean, causing water levels to rise. If Greenland's ice were to melt completely, sea levels worldwide would rise by around seven meters. But this would take centuries or even millennia. On the other hand, researchers warn that parts of the ice sheet could soon pass a tipping point – and would then no longer become unsavable.

DER SPIEGEL: Already in July, Greenland lost 8.5 billion tons of ice in a single day. For the third time in a decade, there was such an extreme melting event. The water would have been enough to flood the surface of the Netherlands about 15 centimeters deep. How concerned should we be about that?

Ahlstrøm: If you only look at the data for one year, you may even still be under the illusion that you can somehow adapt. But the trend goes on and on. It won't stop even in 2100. Moreover, the increase is not evenly distributed worldwide. In some places, it is twice as high as in others: So, how much you have to worry about also depends on where you live.

A building at Summit Station

DER SPIEGEL: Humankind will have centuries to prepare until Greenland actually melts completely.

Ahlstrøm: As I said, it depends on where you live. Many people don't have the time. The fact that even well-organized and well-equipped countries like Germany run into problems during extreme events was just seen during the flood disaster. That's when even a “Wir schaffen das” ("We can do it") approach reaches its limits. And many other countries do not have the resources at all to adapt. This is a task for humanity as a whole.

DER SPIEGEL: So far, Greenland is responsible for about a quarter of the world's sea-level rise. How will that develop in the future?

Ahlstrøm: Much of the sea level rise we've seen so far is due to smaller glaciers and ice sheets. When those are gone, Greenland will play an increasingly important role for centuries to come.

DER SPIEGEL: The year 2019 was particularly dramatic. At that time, a total of 532 billion tons of ice were lost in Greenland. Will this year be even worse?

Ahlstrøm: At the beginning of the summer, there was above-average snowfall. Then, later, we saw massive melting. But fortunately, this year things are balancing out at least somewhat. But again, each individual year is not decisive. It's about the trend. And that's where Greenland has lost an average of 250 billion tons of ice. Every year.

According to the National Science Foundation, researchers at the Summit Station will have to adapt their work in the future. They will have to consider weather phenomena, such as rain, that have not played a role in the past. That also means new measuring equipment will be needed. After all, the researchers could not say how much precipitation had fallen recently. No one had previously thought that they would need a rain gauge in the middle of the ice, at an altitude of more than 3,000 meters. Ahlstrøm and his colleagues are also gradually equipping their weather stations in Greenland with rain gauges. This summer, among other places, they visited South Dome, at 2,850 meters. There, too, they were able to measure rain.

But the scientist says they never thought that Summit would need a rain gauge this year. 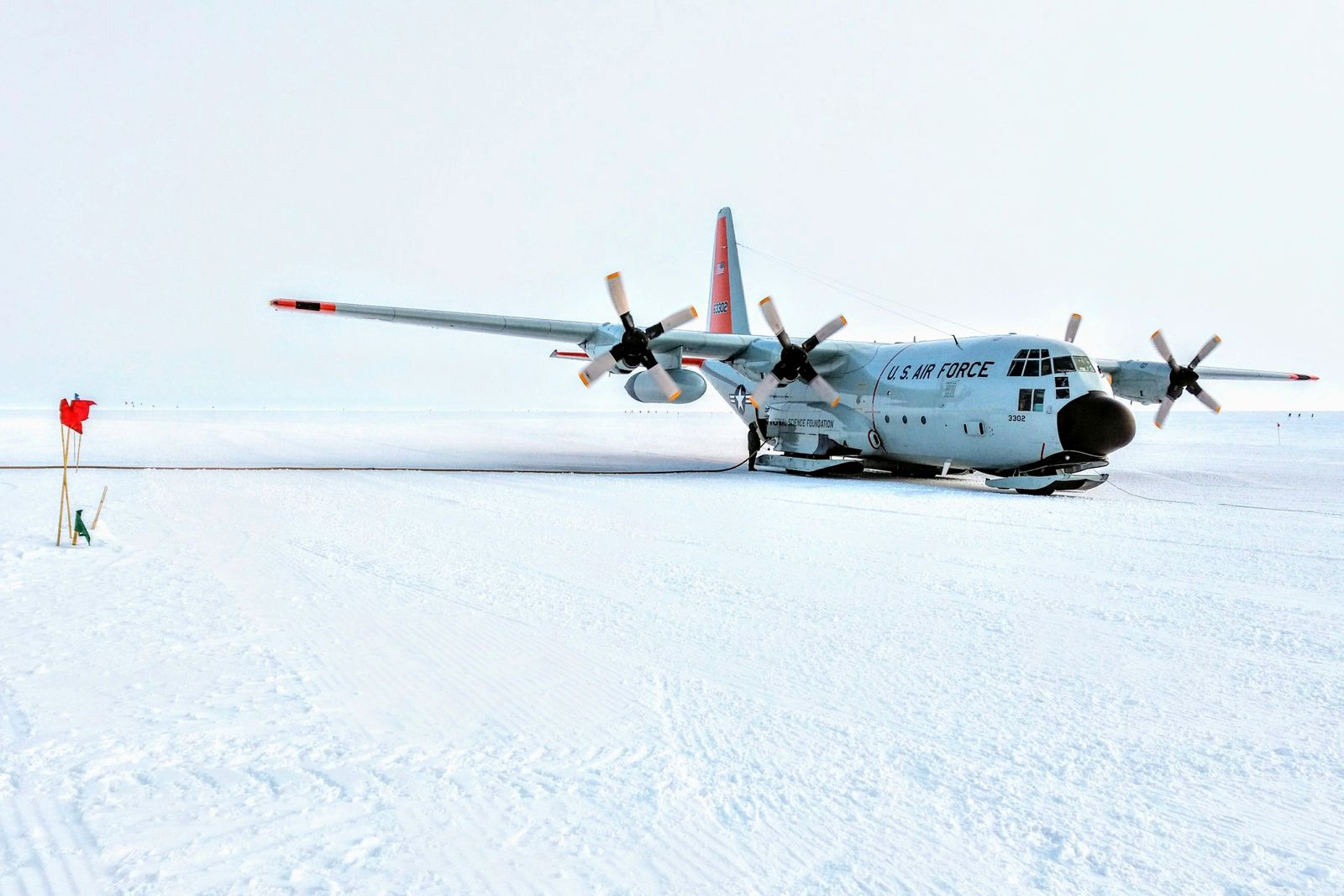 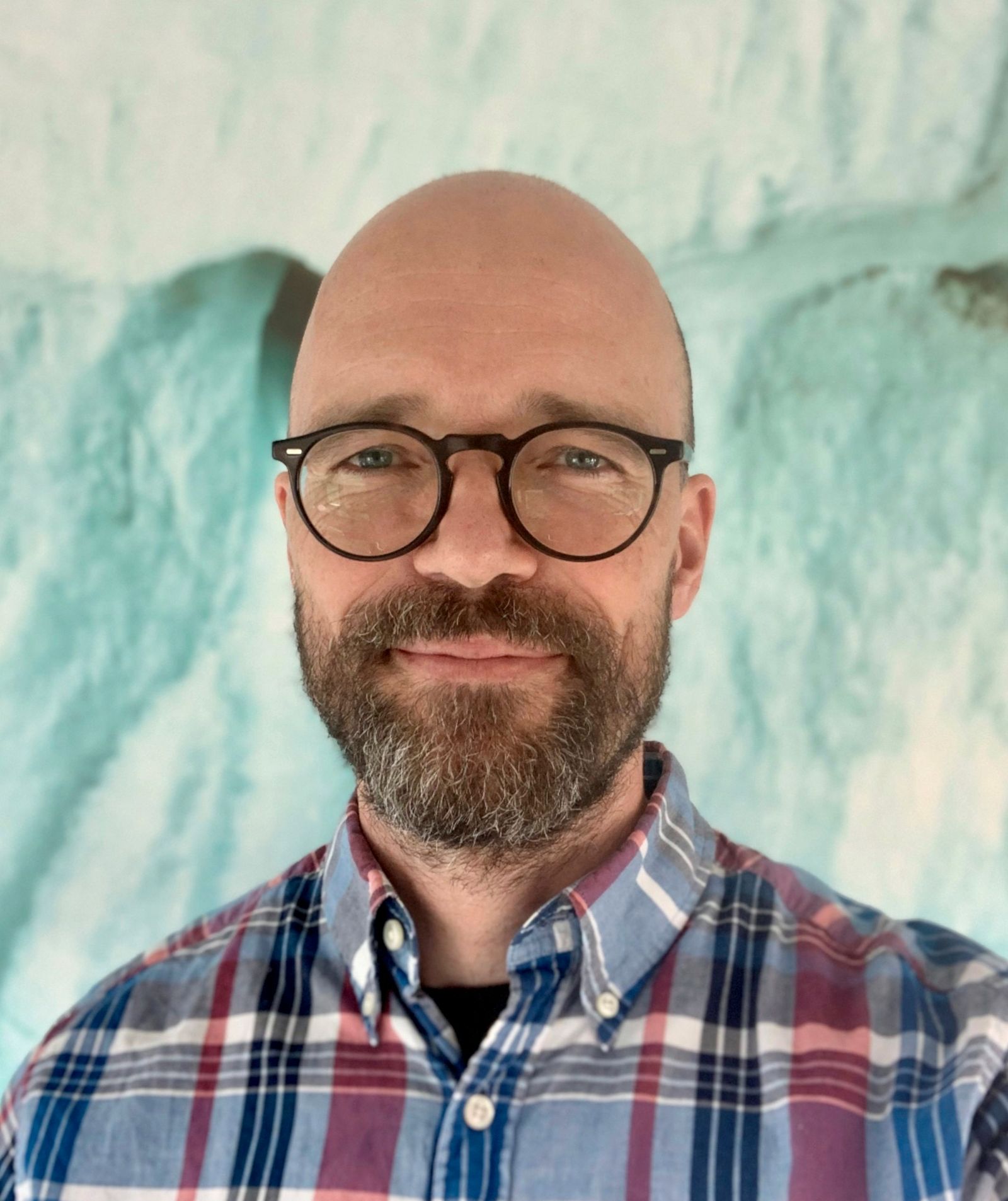 Summit Station, as seen from the air 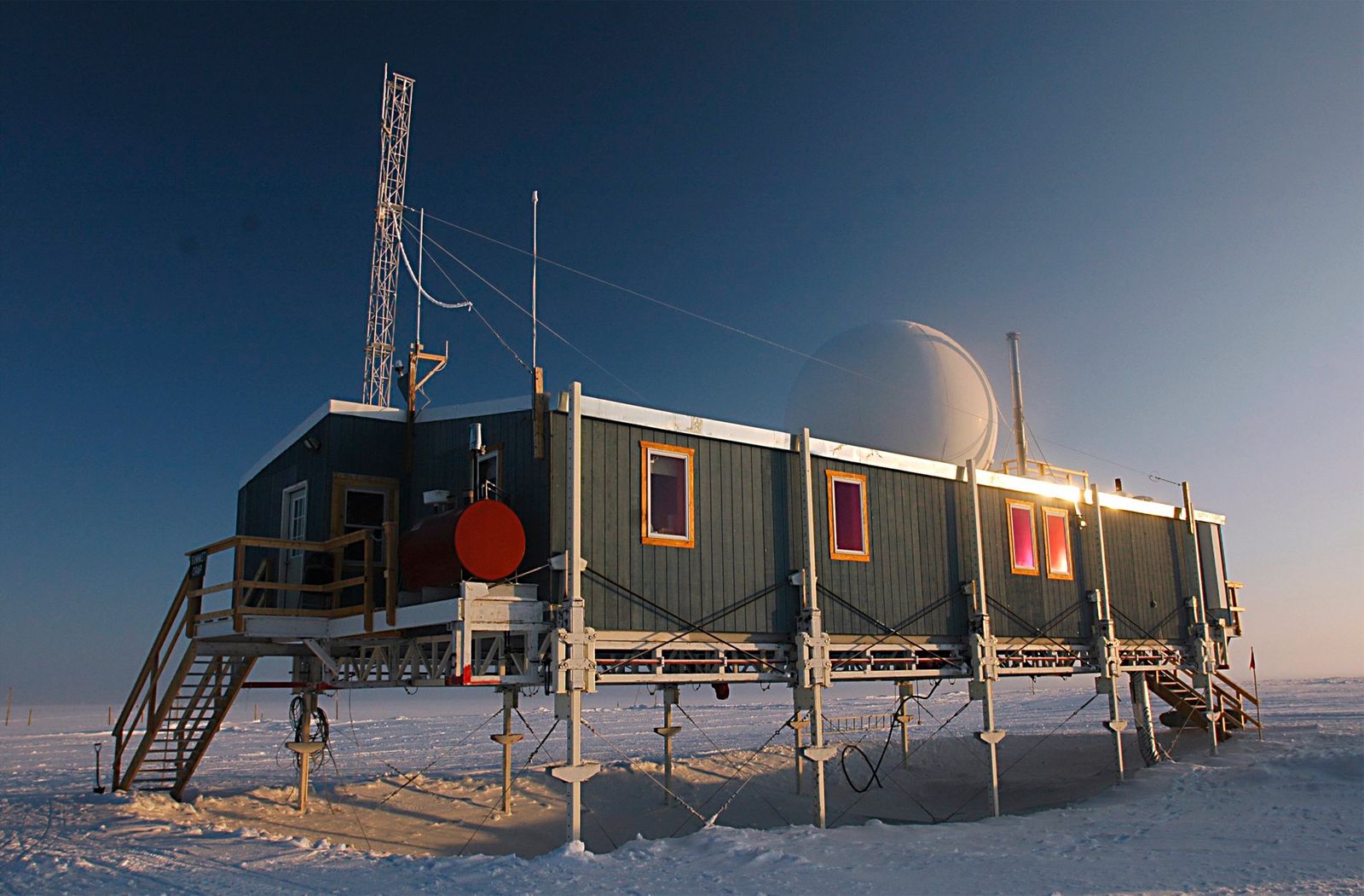 A building at Summit Station