SPIEGEL's cover story this week took a closer look at the shape in which the United States finds itself as voters go to the polls on Tuesday. Called "Notes on the Decline of a Great Nation," it documented the belief held by many both within the US and abroad that the US has lost its way, paralyzed by partisan bickering and finding it difficult to regain its momentum after almost a half decade of economic and social upheaval.

SPIEGEL ONLINE International also ran a commentary on Monday by columnist Jakob Augstein which highlighted the dramatic split in the country between the haves and the have nots and the confusion the country's political stasis has created in recent years on this side of the Atlantic. The piece, called "Destroyed by Total Capitalism: America Has Already Lost Tuesday's Election," linked the country's perceived decline with an overzealous dedication to capitalism.

Not surprisingly, the response to the two pieces was passionate. Many readers accepted that the US is indeed faced with challenging problems but stopped short of agreeing that they represented any kind of inexorable decline. Others found it hypcritical for a European publication to criticize America when the EU is on unstable ground itself.

SPIEGEL ONLINE has posted a selection of reader responses. Readers can also debate the cover story in our SPIEGEL forum.

Since the USA (even if it is declining) and Germany are so important, it is essential that the people of the two countries understand each other. It is also important that the writers from an important publication like SPIEGEL understand the full range of opinion in the United States.

In your article about America's decline, you interviewed or quoted the New York Times, Time Magazine, former leftist political officials, and one liberal from a conservative organization (Norman Ornstein). Those publications and thinkers represent far less than half of American public opinion. Please, if you truly want to understand the United States, I beg you to talk to people from the Cato Institute or the Heritage Foundation; writers from the Weekly Standard or First Things; and politicians from the Republican Party.

While we may be in decline, America isn't exactly Greece yet. After reading your article, one might not know that in 2012 we landed on Mars; won the Olympic medal count; have the world's largest economy; protect Europe, Japan, Korea and others with the world's most powerful military; and lead the world in technological inovation and popular culture.

I live in the United States and the article I just read is very good. We are a divided nation with do many different groups living here based on race, religion, ethnic background and politic.

After the election, regardless who wins the contest, the chance of things getting better are less than 50 percent. America has so many political, economic, and social problems, where do you start? The bitterness that will be obvious after the election, leads me to believe that very little will be accomplished between now and the next election in 2014.

I don't know where your reporters are hanging out, but the picture you paint of America is not what it feels like here. We Obama voters do not feel we are voting for "the lesser of two evils"; we're proud of him.

Some of what you wrote about crumbling infrastructure and a hate-filled political system is true. Solutions must be found. But Americans are, by nature, an optimistic bunch; we see these things as problems to be solved, not an inevitable slide as you seem to think. We have not fallen into some kind of despair. We don't do despair!

We are also not as arrogant as some seem to think. We believe in the greatness and potential of our nation, but there are millions of us who do not think we are always #1. We don't need to categorize the world in that simple-minded way.

Please keep in mind as well that hate-speech and actions come from the right and very rarely from the left. It is fear politics; something with which the German people should be familiar. We must all join together in keeping a close eye on those who operate that way.

I want to thank you for the article you published regarding the decay of my country. It's clarity and truth were far beyond the drivel that our media are capable of, or willing to print in today's America.

The days of being proud of my country are long behind me, and I'm virtually certain my son will never know that feeling unless dramatic changes are made. We are not special or superior, yet even acknowledging this has become "unpatriotic" here. We will not change unless there are events that force us to do so, that is almost certain.

I worry that our decline will end badly for all nations. America is slowly becoming a police state with more in common with the European fascist governments of the 20th century than our own governments of FDR, Kennedy or Reagan. An oligarchy is emerging from our democracy. Dissent is no longer tolerated. I urge you Europeans to scream the truth from the rooftops, because our own media certainly will not.

I read SPIEGEL every day. It amazes me at how wonderfully out of touch Germans are in their designer euro cocoon. I launched into your article knowing, once again, I would become agitated at the condescension. I thought "ah ha" when I got to the "power lines held up by wooden poles" part.

But, sadly your observations and conclusions are 100 percent correct.

I read your article with interest, primarily because your esteemed paper carries a lot of weight in world opinion and secondarily because it missed the facts so completely. From the point of view of one who lives in the United States but has traveled extensively, I can only come to the conclusion that you are either totally confused or harboring some evil intent.

One has to look no further than our current president. What other country could a black man born in poverty to a dysfunctional mother and irresponsible father become president. Certainly not in France, Italy or Germany. Our free market allows men of worth to rise above the conditions of their birth. In our city alone, there are many examples of men and women who came with little more than a dream and because of capitalism have now become "rich." If you want to see the real strength of the American capitalism, (which is by no means "total") come to Houston and look around. Here you will see people from all over the world who have voted for our brand of capitalism with their feet. Sometimes literally, walking thousands of miles from Central America through Mexico. Their analysis carries a lot more weight than a journalist sitting in a Northern European office believing in his own hubris.

When I read this article, I had to check back to see who could have produced such fiction. How can someone who has visited the USA make this statement: "That's America, where high-tech options are available only to the elite, and the rest live under conditions comparable to a those of a developing nation."

I live in the American South, and I have traveled across the USA and much of Europe. The writer's depiction of America is totally without any basis in fact. While there may, indeed, be some isolated spots across America that are under developed and/or under served, those are few (some inner-city communities in larger cities fit the description). The areas most affected by the hurricane, as are most American coastal areas, are well developed and well served. This article is complete nonsense.

Your article displays an unbelievable shallowness of understanding of America and democracy. Our problem is not total democracy, it's creeping socialism. The New York infrastructure could not cope with a 100 year storm because it wasn't designed or built to do so. And politicians won't approve the money to do so because it's too important for them to protect their voting base by continuing to support people on welfare instead of designing and establishing programs whereby they could provide meaningful services to society in exchange for the money and support the government is so willing to provide to them. We are almost at the stage where more people are on the dole than are paying the till. When that happens we will lose America. 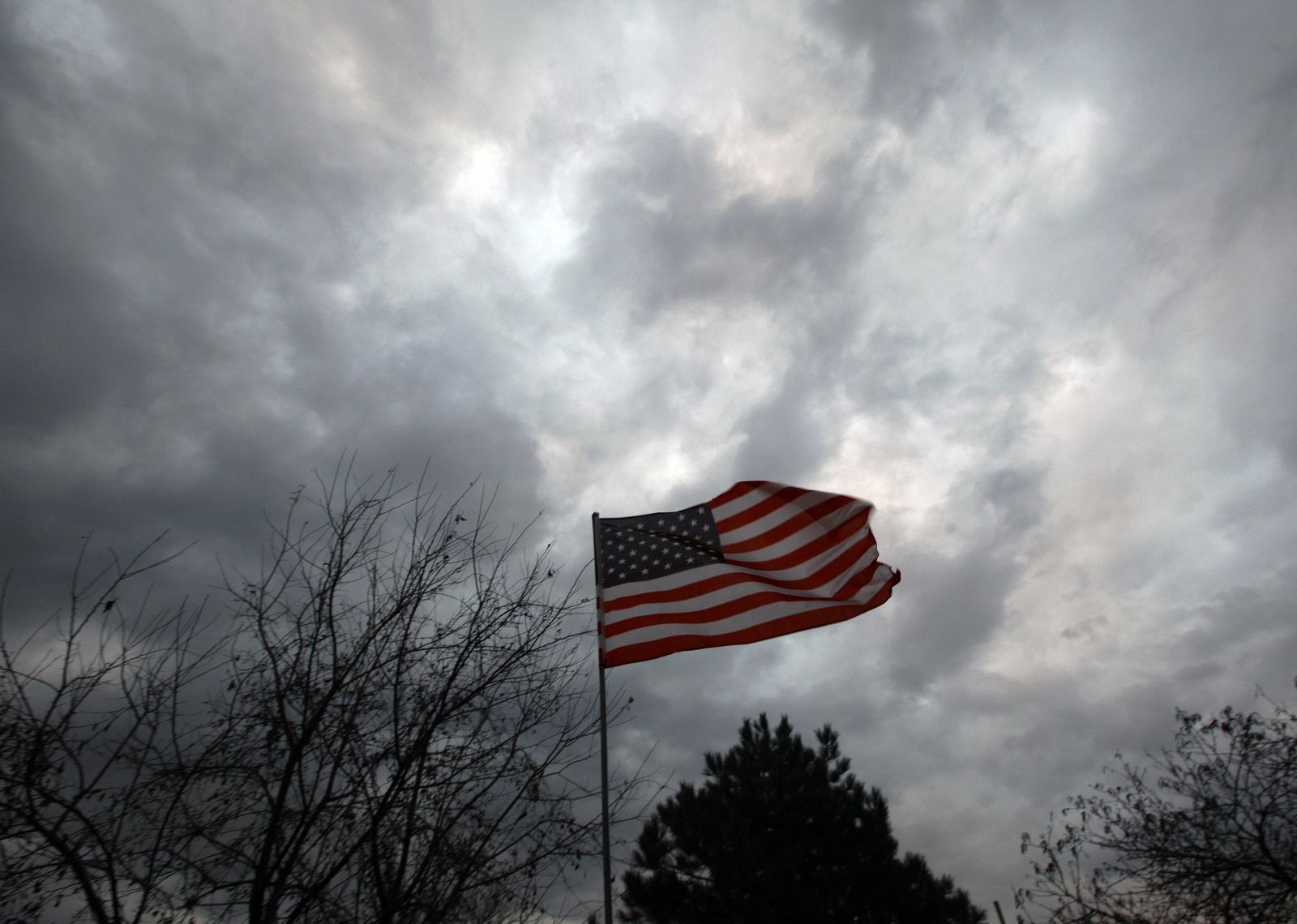 Is the US facing long-term problems or just temporary difficulties?