Editor's Note: On Sept. 27, 2018, Kathryn Mayorga filed a complaint at the Clark County District Court seeking damages from Cristiano Ronaldo for sexual assault. Due to the 180-day deadline for serving papers to the superstar, her lawyers filed her complaint at the United States District Court in Nevada on Jan. 27, 2019. The reasons behind that decision are explained in this article, which was originally published in German in DER SPIEGEL on April 20, 2019.

You can see him playing football with children. Or you can watch as he drives around in his Rolls Royce, singing along with the music as his girlfriend Georgina Rodríguez gazes lovingly at him from the passenger seat. In the back is Ronaldo's son, a talented player in his own right, it is said. A happy family for all the world to see.

But if Ronaldo doesn't want to be reached, he can't be reached. The villa where he lives in Turin is situated like a fortress on a hilltop not far from the Po River. From his rooftop terrace, Ronaldo can see the Alps in the distance. The road leading to his estate is, of course, gated.

The Las Vegas lawyer Leslie Mark Stovall has been trying for nearly seven months to try to penetrate the global star's bubble. Stovall, after all, has an important piece of mail for Ronaldo.

Stovall represents the American Kathryn Mayorga, 35, who claims that Ronaldo raped her in June 2009 in a Las Vegas hotel room. Ronaldo denies the accusation. The two reached an out-of-court settlement in 2010, but Mayorga and her lawyer are now challenging the validity of the agreement because she would like to see her case tried in court.

Stovall has filed a civil action against the settlement, which was accepted by the Clark Country District Court in Nevada last September. Since then, he has been trying to serve notice of the lawsuit to Ronaldo as required. Unsuccessfully. Which is why proceedings have been delayed.

The list of absurdities is long. Initially, Stovall wanted to serve notice via Ronaldo's lawyer in Las Vegas -- the standard procedure -- but the legal representatives said they weren't responsible or not authorized to accept service of process.

One of the lawyers informed Stovall that Ronaldo expects the notice to be served in accordance with international law. That means in accordance with the Hague Service Convention, by way of a special court in Italy. Stovall engaged the U.S.-based service provider Legal Process Service (LPS), which sought to find a process server in Italy that could confirm Ronaldo's precise address in Turin, necessary for the court to serve the document. The company was also to try to serve Ronaldo the summons and the complaint directly.

A first company contacted by LPS "refused to send a server to the residents because of the private guards and their reputation," court documents read. The second demanded 1,500 euros for the job, but had difficulties finding Ronaldo's address. "Juventus players are like royalty there," LPS wrote to Stovall. They know the community where Ronaldo lives, the company noted, but there was "a lot of difficulty" when it came to finding the exact address via the municipal authorities. Furthermore, some of the listings in the property registry for the area, LPS said, were redacted while others seem not to exist. The company also tried to reach Ronaldo via his employer, but Juventus Turin only offered to forward the papers on to him.

Months passed. And the 120-day deadline for serving notice to Ronaldo was getting ever closer.

Kathryn Mayorga claims Ronaldo raped her in Las Vegas in 2009.

In late January, Stovall therefore decided to file Mayorga's civil complaint with a federal court in Nevada. One month later, the lawyer filed a motion to be allowed to serve notice in the form of a public announcement in a newspaper or by post or email. In early April, the court denied the motion, but extended the delivery deadline by another 180 days.

Just before that ruling, Stovall's service provider was finally able to obtain Ronaldo's official address. That means that the official serving of notice by the Italian court in accordance with the Hague Service Convention was set in motion. But the process can take several months.

Why, though, did his lawyers refuse to accept the notice in the first place? Ronaldo insists that he is innocent. Is it not in his interest to clear up the accusations as quickly as possible? Are his lawyers playing for time?

There is no doubt that Mayorga's complaint will eventually reach Ronaldo. U.S. law, too, includes a deadline for serving notice of civil action. When those named in such lawsuits seek to avoid being given notice, they are often trying to render the lawsuit void by not being served within the legal deadline.

But the cat-and-mouse game can't be played forever. If the plaintiff can prove that they were unable to serve notice despite their best efforts, the court will broaden the spectrum for doing so. That can ultimately lead to notice being served via email.

Stovall says: "If I am unable to serve within the next six months, I will explain to the court the reason and renew my request for alternative service."

Last fall, the Mayorga case was still in the media and Ronaldo himself reported that he had had to speak about the accusations with his family and his teammates. Things have grown quiet since then. Fans of his new team in Turin are just happy to have such a football giant playing for them.

Meanwhile, the police investigation into Ronaldo continues. Several months ago, representatives of the Las Vegas Metropolitan Police Department (LVMPD) established contact with a compatriot of Ronaldo's who could play a central role in the case.

His name is Rui Pinto, the 30-year-old who is behind the whistleblower platform Football Leaks. In the last several years, he has provided DER SPIEGEL with more than 70 million documents from the inner workings of the football industry, including numerous papers pertaining to the rape accusations against Cristiano Ronaldo.

After Kathryn Mayorga first went public with her accusations via an article in DER SPIEGEL, LVMPD representatives contacted Pinto by email and indicated their interest in his data. Pinto, who at the time was still going under the pseudonym "John," cooperated with the police and provided them with numerous documents.

But in mid-January, Pinto was arrested in Budapest and he has since been extradited to his homeland of Portugal. He is currently in pre-trial detention in Lisbon and faces charges of attempted extortion and cybercrime in 2015. Pinto denies the accusations.

Due to a variety of potential transgressions, investigators from a number of different countries are interested in taking a closer look at the Football Leaks documents. Some of them have been able to question Pinto. U.S. authorities would also like to speak with him as quickly as possible and are allegedly even prepared to visit him in prison in Lisbon.

It could be that the whistleblower, whose documents initially triggered the Mayorga case, will end up being an important witness. Pinto is a big football fan and Ronaldo is his favorite player. That, though, he says, wouldn't prevent him from cooperating with the authorities should they so desire.

Kathryn Mayorga has decided to no longer speak about the case in public. When asked how she is doing, her lawyer Stovall merely responded with a curt: "Kathryn has asked that I not comment on her current condition." 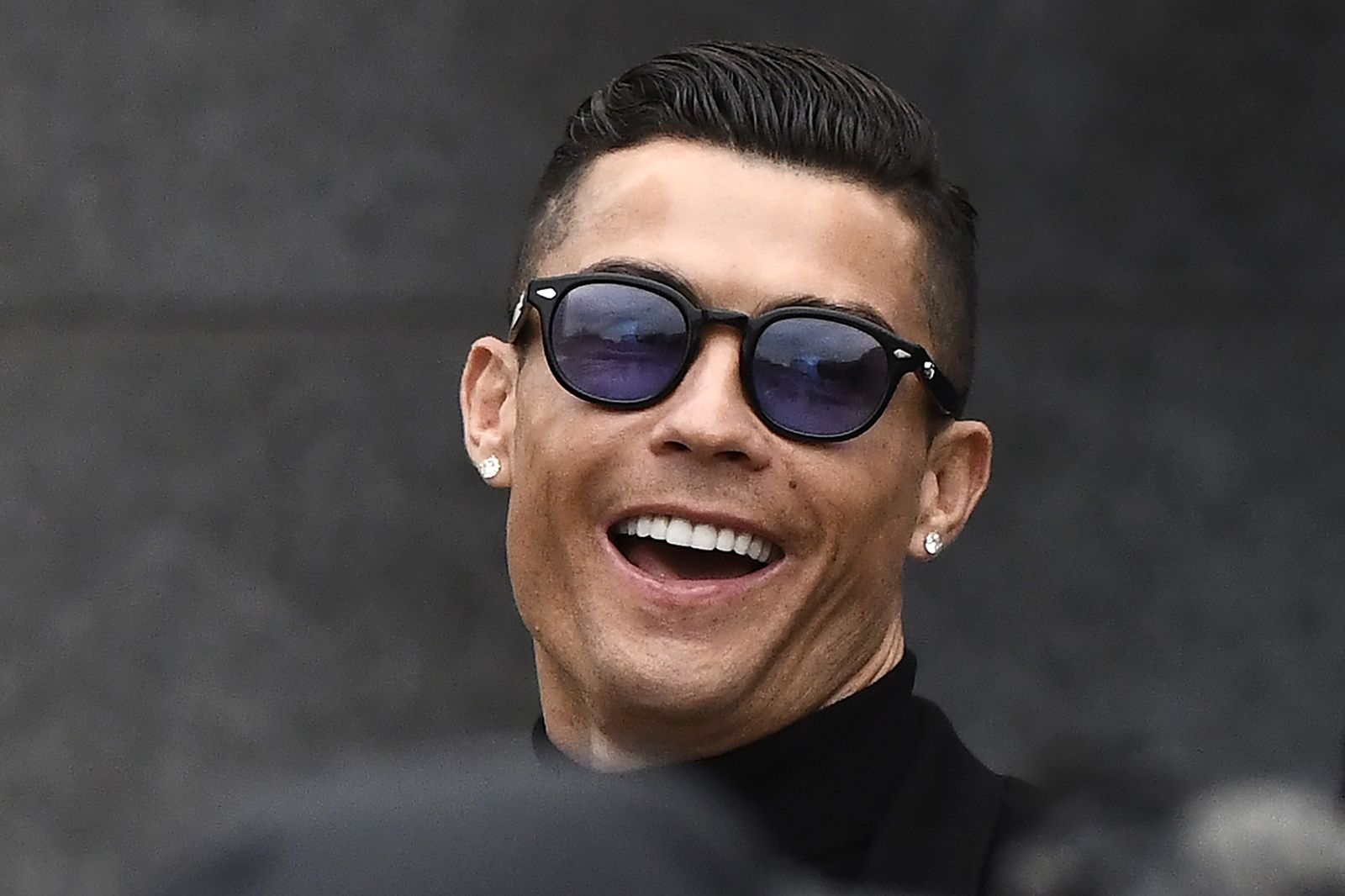 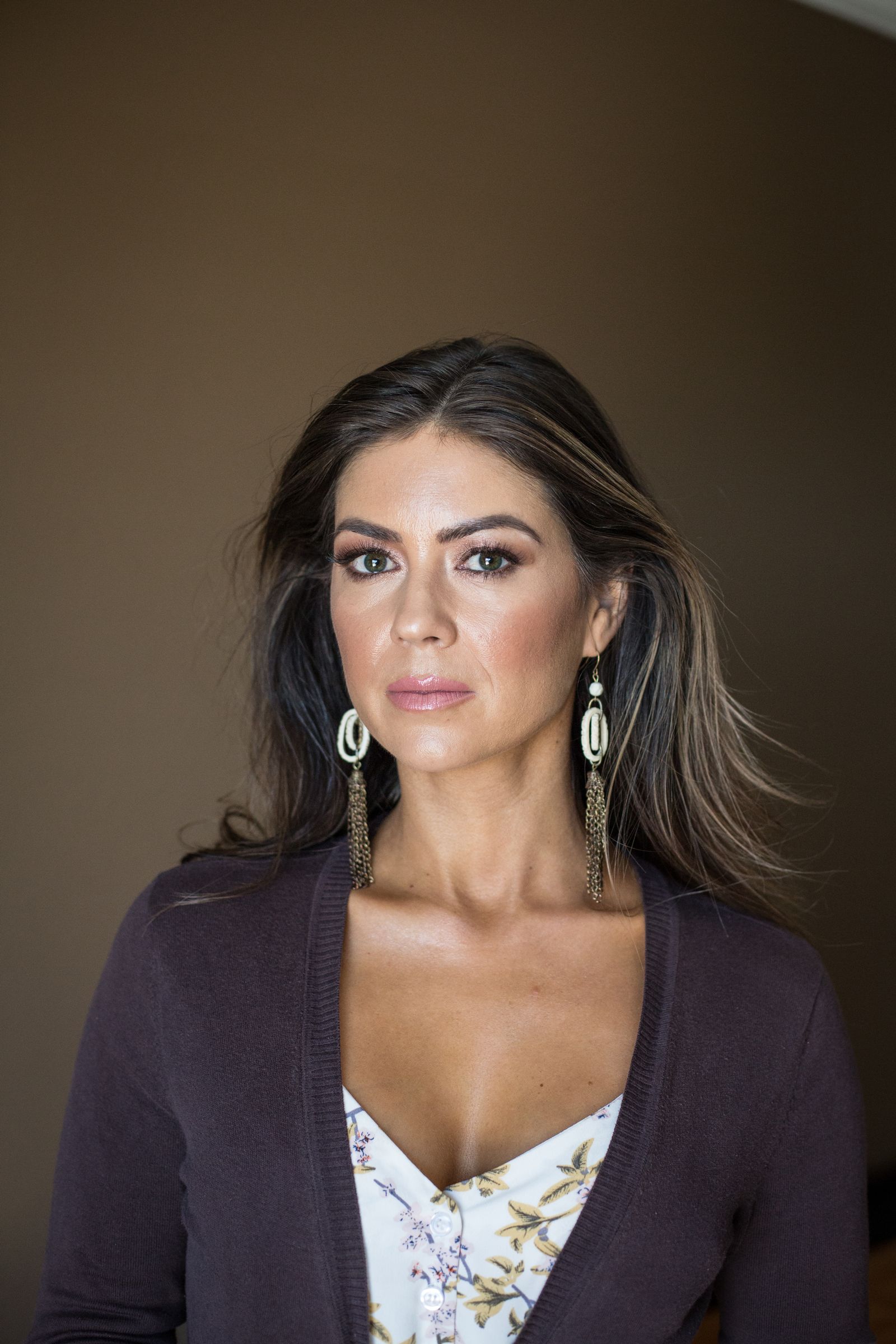 Kathryn Mayorga claims Ronaldo raped her in Las Vegas in 2009.