It's the 93rd minute of play, injury time, when the chaos erupts. Spanish fans in the stands of

Estadio Santiago Bernabeu, Real Madrid's home stadium, lie in each other's arms. Most cheer. Some cry. Down on the pitch, players with Juventus Turin run toward the referee, crowding him and screaming as they vent their exasperation.

Only one player seems completely unmoved. Cristiano Ronaldo, 33, stands impassively in the midst of the confusion for nearly five minutes. He brushes back his hair and wipes the sweat off his brow with an empty expression on his face. Turin is leading 3:0 and Real needs just a single goal to advance to the Champions League semifinals. Ronaldo kisses the ball, places it carefully on the penalty spot, takes a few steps and bangs it into the corner.

Ronaldo owned the quarterfinal matches. His three goals against Juve, including a stunning overhead volley in the first leg, were broadcast around the world, with millions posting, sharing and liking the videos on social media.

Ronaldo was finally back where he feels best, at the center of things. After a mixed first half of the season in the Spanish league, he returned to magnificent form several weeks ago. The striker has scored a total of 15 goals in the current Champions League season, bringing his career total in the annual club tournament to 120. Next week, the Portuguese player is to face off against Bayern Munich in the semifinal.

With each goal, Ronaldo is further establishing his legacy as a football legend. A legacy that he hopes will become so vast that it overshadows all else. Like his tax problems. Even as Ronaldo was firing in his quarterfinal goals against Juve, a court in Madrid was questioning numerous witnesses. The Provincial Prosecutor's Office is accusing him of having evaded 14.8 million euros in taxes with the help of a complex tangle of companies - "knowingly and deliberately," as the investigators formulated it. In the coming weeks, the judges will decide whether Ronaldo will have to stand trial on charges of tax evasion. Experts believe he could face a minimum sentence of seven years in prison if convicted.

DER SPIEGEL and its partners with the European Investigative Collaborations (EIC) reporting network exposed Ronaldo's offshore activities in December 2016. The reporting was based on documents from the whistleblower platform Football Leaks.

But that wasn't the end of the story. New documents from Football Leaks now bring to light additional tax havens that Ronaldo used. If the judges were to decide to open a trial against the striker, all of his additional business activities could also become a focus of the proceedings.

And there are plenty of them.

Ireland, the British Virgin Islands, a small private bank in Switzerland, a foundation in Panama - those are the offshore vehicles used by Ronaldo that Spanish investigators have been probing so far. At issue is around 150 million euros in advertising revenues on which Ronaldo paid just under 6 million euros in taxes between 2009 and 2014.

That calculates to a meager 4 percent.

The new Football Leaks documents indicate that from 2015 onward Ronaldo also operated an additional holding in Luxembourg and a trust on the island of Jersey, a British crown dependency. Both locations are tax havens - and once again his activities were anything but transparent. The Luxembourg firm holds Ronaldo's stakes in a number of hotels, with the parent trust having been located on the small Channel Island of Jersey. What had been missing in all of these, though, iwasthe name Cristiano Ronaldo. The superstar hadn't appeared in any public register. Instead, fiduciaries acted on his behalf, strawmen basically. Their firm even carried the fitting name Private Trustees. The Football Leaks documents show that Cristiano Ronaldo was the "sole beneficial owner" of the structure.

In principle, there is nothing illegal about the use of offshore companies - at least insofar as the revenues generated are properly taxed. It's not known whether Ronaldo did so or not. But there doesn't appear to be a single mention of Jersey in his tax declaration for 2015.

When contacted by DER SPIEGEL and EIC on April 16 about his tax haven structures and the taxation of the money that flowed there, Ronaldo and his management initially had no response. Instead of explaining the Luxembourg-Jersey structure, Ronaldo and his team moved quickly to change it. Within 24 hours of receiving the questions, as a new entry with the Luxembourg Business Registers shows, the trust strawmen with the firm Private Trustees withdrew from the structure and transferred their shares in Ronaldo's Luxembourg holding company, worth 16 million euros, to the Real Madrid star.

On Friday, Ronaldo's lawyers sent a terse statement to El Mundo in Spain and Expresso in Portugal, both of which are EIC members. It claimed that Ronaldo had included the company in his tax return and as such, the tax authority had been aware of the Luxembourg company and . There is no mention in the statement about the parent trust in Jersey, but the lawyers did submit an additional document indicating that the Jersey Trust had also been closed one day after receipt of the query from the journalists. The document contains Ronaldo's signature, but not those of the strawmen, who were the other partner in the contract. The closure of the structures also provides little clarity as to why Ronaldo would need a trust based in a tax haven in the first place.

'The Truth Always Comes Out'

"There are innocent people in jail and I feel like that. You know you did nothing wrong. The truth always comes out sooner or later," Ronaldo said shortly after the initial investigative reporting on his suspected tax avoidance. The Portuguese national nevertheless changed lawyers after that and expanded his legal defense team with additional reputable lawyers, including the law firm which used to belong to Cristóbal Montoro, who is now Spain's finance minister.

It's possible that he became alarmed by a recent press release from the Madrid Provincial Prosecutor's Office calling for a five-year prison sentence for Xabi Alonso, the former Bayern Munich and Real Madrid midfielder, on tax fraud allegations. Alonso stands accused of having evaded 2 million euros in taxes, an allegation which he denies. The May ruling against Lionel Messi might also have served as a warning. A court sentenced the Barca star to 21 months in prison for tax evasion. Messi was ultimately spared jail time. Sentences of under two years can often be served under probation in Spain.

The sum in question in the Messi case was 4.1 million euros. In Ronaldo's case, it's 14.8 million.

The Spanish daily El Mundo has reported that the Portuguese striker's legal team is now seeking to cut a deal with the Spanish authorities under which the five-time FIFA World Player of the Year would admit his guilt, pay a sum of around 30 million euros and receive a fine that would spare him a trial and any prison time.

Even in a country like Spain, where hefty fines can often save a person from time in prison, a deal of this nature would be pushing it, especially given that a basic prerequisite for such a deal is that the defendant admits guilt. In the past year and a half, though, Ronaldo has done more than just repeatedly insist that he "did nothing wrong." He and his agents have also apparently sought to mislead tax officials. Prior to the reporting by DER SPIEGEL and EIC, Ronaldo had never revealed to the authorities that he was the economic beneficiary behind his shell company on the British Virgin Islands. He also concealed entirely from tax authority officials the fact that he held a trust in Panama. It seems that his lawyers didn't even shy away from manipulating documents. Crucial contracts that later had to be submitted to the authorities had apparently been backdated.

When Ronaldo was questioned in court last summer about these occurrences, he either answered that he had no comment, couldn't remember or had not been responsible. He even snapped at the judge that she should "look him in the eyes!" because he, Cristiano Ronaldo, had truly "always paid his taxes in full." And that doing so had been important to him. The matter of the offshore company on the British Virgin Islands, Ronaldo said, was nothing special: An agent, he said, had set it up for him when he transferred to Manchester United in 2003. "Every football player there had this structure," Ronaldo said, adding that he simply kept it unchanged when he transferred to Real Madrid in 2009.

But that, too, is complete nonsense.

The Football Leaks documents indicate that Ronaldo's attorneys significantly altered the Caribbean structures after he transferred to Spain. And the fact that Ronaldo was able to keep from laughing hysterically when he told the judge that his intention had always been to pay his taxes is perhaps best explained by recalling Ronaldo's desired career path once he hangs up his cleats: The Portuguese star hopes to become an actor. In court, he demonstrated that he has the right stuff.

Because in reality, Ronaldo and his attorneys spent several years starting in 2010 fighting in Spanish courts to maintain his special tax status, which allowed the star to pay just 24 percent in taxes on his income. The normal top tax bracket in Spain was 46 percent.

Things became grotesque once again in late March, when three expert witnesses appeared in court. Ronaldo had chosen them himself to provide the court with an assessment of his offshore structures. According to Spanish press reports, they confirmed the accusations of tax evasion. One of them reportedly even called Ronaldo's explanation "the most absurd story we have ever heard."

Now, everything hinges on the court. In recent months, the judges have questioned experts in addition to gathering testimony from Ronaldo and several of his tax and financial advisors. If the court reaches the conclusion that the four-time Champions League winner should go on trial, public prosecutors would have the opportunity to present additional evidence.

It can be assumed that Ronaldo's agent and mentor Jorge Mendes would play an important role in the proceedings.

The Football Leaks documents show that a Europewide investigation into the influential agent is also underway. Last August, a tax investigator from Portugal called a meeting with tax officials from Spain, Britain, Ireland, Cyprus and the Netherlands. Mendes' companies, holdings, cash flows and all of his deals from the years 2015 and 2016 were examined and the tax investigators calculated that during that short period of time, Mendes generated a turnover of 1.3 billion euros in transfer fees.

Just how unequal the fight is between the tax investigators and their target can be seen by how the officials traveled to their meeting. Whereas Mendes prefers to travel in private jets, the officials in November were faced with the choice of buying a single ticket for 1.45 euros or a metro day pass for 6.15 euros to get from the airport to the hotel where their gathering took place.

The investigators spent two days discussing Mendes' tax structures and also looked into business deals the agent did in conjunction with his most valuable asset - with Cristiano Ronaldo.

The Football Leaks documents show that Mendes had prepared for investigations. He engaged a law firm at a cost of tens of thousands of euros. The invoices the law firm then sent the agent contained a subject line that was indicative: "Jorge Mendes' Tax Fraud." 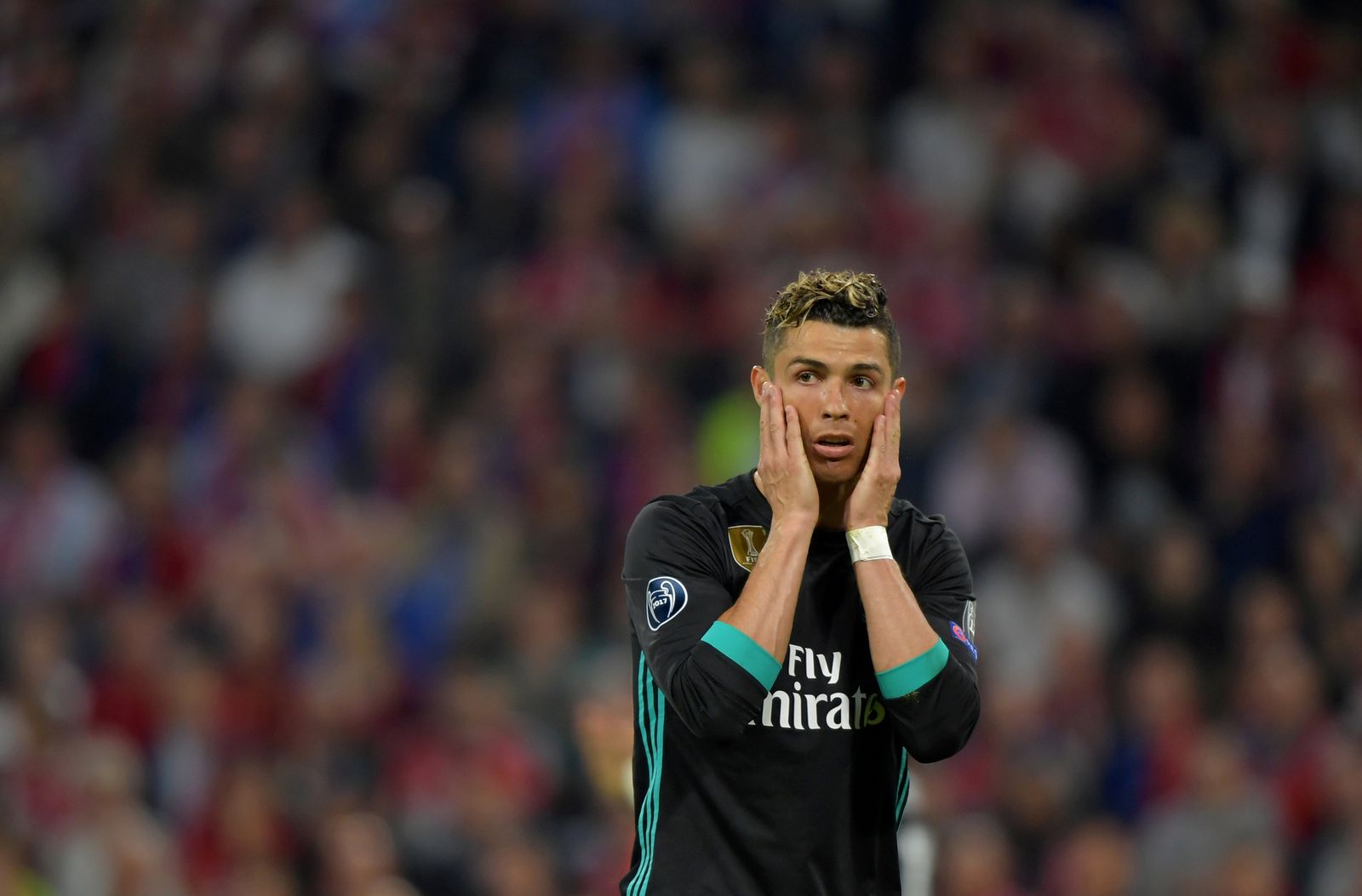