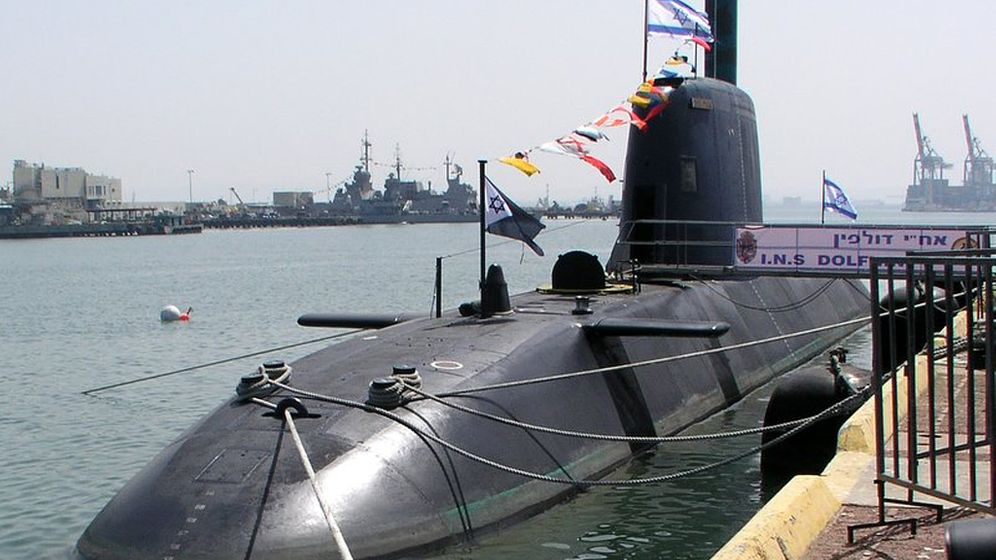 "You are part of the anti-Semitic propaganda yourself, and you don't even know it. You don't speak German and you don't understand the nuances of the text, yet you sign it as one of the authors."

This allegation was hurled at me by Melody Sucharewicz, a communications and strategy consultant in Israel and Germany. I myself am the son of two Holocaust survivors who lost their entire families in the war, and I tried to defend myself against what I thought was a false accusation, but to no avail.

The attack had been triggered by an investigative report published by SPIEGEL last June addressing the German-Israeli cooperation in the building of submarines for the Israeli navy and compiled over several months by a team of journalists that included me. The report revealed that these submarines can carry nuclear missiles that would serve as Israel's second-strike capability in the event of a nuclear confrontation.

The report stirred up considerable controversy in Germany, where the government came under fire for financing the construction of such vessels in German docks. In Israel, I was criticized by many for taking part in an investigative report that served, in their opinion, as "severe anti-Israeli propaganda" in Germany. Sucharewicz's attack was one of the harshest and best articulated.

Sucharewicz was born in Munich and moved to Israel at the age of 19. She became a celebrity in Israel in no small part due to her ability to express precisely what many Israelis believe in a polished manner and in a number of different languages.

I asked her to put her indictment down in writing. Here are her main points:

"Given the rising trends of anti-Semitic and anti-Israel resentments in German society, it's probably helpful to focus on the effects of this new quality and tone of Israel criticism in the public discourse. Even Günter Grass may wholeheartedly believe it's his life's last mission to communicate Israel's danger to the world out of love and friendship for the Jewish people and their state. The effect of this trend on media consumers, however, is more important than the motives of more or less relevant individual authors."

"Last June's cover story in SPIEGEL on the German-Israeli submarine deal is an example: 'Should Germany, the country of the perpetrators, be allowed to assist Israel, the land of the victims, in the development of a nuclear weapons arsenal capable of extinguishing hundreds of thousands of human lives?' … 'Should Germany, as its historic obligation stemming from the crimes of the Nazis, assume a responsibility that has become 'part of Germany's reason of state?'' The subtext is clear: 1. Israel plans to wipe out the Iranian people and thus is equal to the Third Reich. 2. Germany is pressured into this because of the Holocaust."

"The systematic and subtle manipulation of this sort in reports about Israel -- whether skillfully staged or unintentional, to a large extent explains why, according to a study on anti-Semitism in German society recently commissioned by the Bundestag (the federal parliament), almost 40 percent of Germans claim that 'Jews try to take an advantage out of the Third Reich History;' why 44 percent say they 'understand that one dislikes Jews, when looking at Israel's policies.'"

Sucharewicz makes some tough arguments, and reading through the Simon Weisenthal Center's list of leading anti-Semites that put Jakob Augstein in 9th place and launched this current debate on modern day anti-Semitism, I feel that it is somehow based on very similar arguments.

'He Definitely Deserves the No. 9 Spot'

According to Ephraim Zuroff, the Wiesenthal Center's representative in Israel, "Augstein shouldn't be placed at No. 1 on the list, but because of various statements that he has made, that could have come straight out of 'The Protocols of the Elders of Zion,' he definitely deserves the No. 9 spot." In Western Europe, he says, "there are three sources of anti-Semitism: the Muslim communities, the extreme right and the extreme left. In Germany, the authorities clamp down hard on the first two, but they do nothing against the third group, to which Augstein belongs."

A number of historical processes led to a situation in which people like Augstein, and media like SPIEGEL are labeled "anti-Semites." Since its founding after World War II, the state of Israel has identified itself completely with the plights of Diaspora Jews. Protecting Jews from persecution has become part of the Jewish state's official agenda, putting Israeli and Diaspora Jews under one "law." For example, when anti-Jewish outbreaks in various countries threatened the well-being of local Jewish communities, Israel's Mossad intelligence agency took the precautionary step of secretly distributing weapons and providing training to assist them in defending themselves. Given that any Jew can become an Israeli citizen, Israel, by doing so, was also defending its potential future citizens.

During the 1970s, when the German left-wing extremists of the Red Army Faction joined forces with Palestinian terrorist groups, the Israelis perceived the development to have derived directly from the legacy of the Holocaust and anti-Semitism.

The Israeli "siege mentality" is the product of hundreds of years of anti-Semitism that culminated in the Holocaust. That has very rightfully made Israelis highly sensitive to anything that may sound like anti-Semitism. Nevertheless, this anti-Semitism was never perceived as a serious threat to Israel.

But the last 10 years have brought about a profound change and, since then, many Israelis and Jews have begun conflating anti-Israel politics with anti-Semitism. In the Israeli-Palestinian conflict, high-tech military technology has gained Israel the upper hand, and battles in densely populated areas are bound to be widely criticized. Indeed, Israel, in its heart forever the David, has never adapted to being the Goliath.

As the world shows less and less patience towards the continuation of Israel's occupation of the West Bank, attempts are made, inter alia, to organize boycotts of Israeli academics, performers and products. This development is known in Israel as "the delegitimization" process, which has been marked by the Israeli government as a central national security challenge -- one which could lead to serious damage to the Israeli economy the country's standing abroad. The country has allocated huge resources, in the diplomatic and intelligence spheres, to thwart what is perceived as a concerted international effort to discredit Israel as a pariah state, similar to South Africa before the end of the apartheid era.

The greater the number of accusations that are hurled at Israel, the more it levels at others, and there is none graver in the Jewish lexicon than "anti-Semitism." Those who support this approach have little difficulty proving that Israel is unfairly treated in the international arena. Some of their arguments are not without merit. How is it, they ask, that the United Nations Human Rights Council focuses so many of its activities against Israel and devotes almost no attention to other countries? How can it be that tens of thousands of people are massacred in Syria, but the whole world picks only on us? Hamas is a terror organization that has killed hundreds of Israeli civilians, women and children, in suicide attacks and even today calls for the elimination of Israel, but Augstein compares Hamas with some segments of the Orthodox Jewish population, and claims that both have the identical lust for revenge. The explanation for this behavior of the outside world is seen by most Israelis as simple anti-Semitism and an effort to undermine the legitimacy of the continued existence of the Jewish state.

The danger that many Israelis perceive in this delegitimization process is also reflected in a number of anti-democratic measures initiated by the right wing inside Israel itself. What in the past had been viewed as legitimate criticism from Israeli left-wing groups, especially those who oppose measures they see as being repressive against the Palestinians, is increasingly viewed today as collaborating with the enemy, namely the "anti-Semites" abroad, the "de-legitimizers".

The urge to defend Israel, whose international standing is steadily deteriorating, makes people like Sucharewicz and the leaders of the Simon Wiesenthal Center wrongly equate criticism of Israel, however vehement it may be, with anti-Semitism. Like the Wiesenthal Center, Augstein is also an expert when it comes to provocation. As an Israeli reading some of the things that he has written, I also felt wronged at times. Sometimes he gets carried away, tendentious or makes historical errors. But despite all this, there are absolutely no grounds for labeling Augstein as an anti-Semite.

Charges of anti-Semitism often come in order to spare the Israeli leadership and their supporters the need to actually tackle the problems that evoke criticism. If it is true that the gentiles hate Jews, their motto seems to be, why listen to them at all?

Here's a test study that I propose for the right-wing Israeli leadership: Get the peace process going again and let a Palestinian state declare itself alongside Israel. Then you'll be able to distinguish at last between those who condemned us for the occupation and the true Jew haters. Identify the latter and turn the Wiesenthal Center loose against them.