SPIEGEL ONLINE: Mr. Rogozin, for eight years, coalition troops have been operating under American leadership in Afghanistan -- directly on Russia's southern flank. Does that bother you?

Dmitry Rogozin: We are concerned that the deployment has lasted so long -- it is already comparable to the years-long deployment of the Soviet military. It is alarming that the united forces of the Western coalition, after nearly 10 years of deployment, have not achieved any serious successes in the war against al-Qaida and the Taliban. Worse yet, according to our information, the Taliban has actually managed to expand its sphere of influence in recent years.

SPIEGEL ONLINE: Why does Russia support NATO's presence in Afghanistan?

Rogozin: First of all, allow me to say this: Our support is tied to conditions. It is not blind support. The Taliban do not pose a direct military threat to Russia. But Afghan heroin does present a major problem. Each year, 30,000 human lives are lost in Russia because of Afghan heroin. That is why we demand that our partners also support the fight against drug cultivation and drug trafficking, especially in Central Asia. In this regard, NATO's word must be followed up by deeds. I have stated this very clearly to my NATO partners in Brussels. Do not forget: We help NATO because we believe that the alliance can help us. And we would like NATO to listen to our voice and respect it. Unfortunately, we must recognize today that the West is repeating just about every mistake made by the Soviet Union.

SPIEGEL ONLINE: What can the West learn from the Soviet Union's experience in the Hindu Kush?

Rogozin: One should never engage in a long-term military deployment in Afghanistan. Troops should only be used if they are there to perform clearly defined tasks. Afterwards they should immediately withdraw. In no event should one be allowed to get pulled into the internal machinations between the various clans or commit to certain politicians. Most importantly, to combat religious extremism effectively one must offer people alternatives. You cannot destroy extremism using violence -- you have to provide people with a future. One must invest in infrastructure, education and training. I was never a communist, but I know one thing for certain: During the 1920s, the Soviets successfully fought the Basmachi extremist movement in Central Asia by building schools in Uzbekistan and Tajikistan. That is how one achieves victory.

SPIEGEL ONLINE: And what about the goal the democratization of Afghanistan?

Rogozin: It is a completely different world and cannot function that way. Neither Western democracy nor Soviet communism can be "transferred" to the country. One thing is clear: There is no military solution to the Afghanistan problem. The only thing that can create an effective state in Afghanistan and bring peace to the country are concerted economic, civilian and political efforts.

SPIEGEL ONLINE: In your view, what interests are Germany and the West pursuing in Afghanistan?

Rogozin: I once debated precisely this issue with Hans-Ulrich Klose of the Social Democratic Party (a prominent member of the German parliament). I asked him if he could explain why German soldiers are fighting today in Afghanistan. What interests is Germany pursuing in Afghanistan? I got no answer, unfortunately. Again and again, you only hear: We are members of NATO, we are partners, and al-Qaida and the Taliban represent a problem. Fine. But what problem does that create for security in Germany? It appears to me that a deployment like that will never be accepted by the people so long as politicians are unable to state the clear goals and tasks for which their soldiers are risking their lives.

For the Soviet Union, Afghanistan was at least a neighboring country. So it was a lot easier for Soviet ideologues to explain: The border was threatened. But Germany shares no border with Afghanistan and neither does the United States. As long as there are no conclusive arguments about way NATO is engaging in Afghanistan, the deployment will become increasingly unpopular. Many already say that the war only has one purpose: To secure the US military presence in a region that is rich in natural resources. I do not think that this view corresponds with reality or that it is justified, but it is widespread.

SPIEGEL ONLINE: How would a failure in Afghanistan affect the region and Russia?

Rogozin: Nobody in Russia wants to see the West fail. In Afghanistan today, thousands of volunteer fighters from other countries are fighting alongside the Taliban. If the insurgents win, I fear the fighters would also infiltrate other Central Asian countries in order to foment and Islamic revolution there. This is also a problem for Russia, because many Russians live in the region.

SPIEGEL ONLINE: Not all that long ago, Russian commentators were full of malice and schadenfreude in their comments about the situation in Afghanistan.

Rogozin: I think it has to do with something else. We have not forgotten the fact that the United States, especially the CIA, once intensively financed the mujahedeen in their fight against the Soviet Union. Apparently no one consider the fact that the children of these mujahedeed might later turn against the West. I'll repeat one more time: We want to help NATO. But we will not forget what happened.

SPIEGEL ONLINE: What course do you expect to be set at the London conference?

Rogozin: Currently, a large number of countries are involved in a mission in which neither victory nor substantial progress is identifiable. The burden and responsibility for a failure will be shared. But we have absolutely no interest in that. However, the conference must stress the importance of economic and civil measures needed to stabilize Afghanistan. The course of action for battling drugs must also be set in London. We are prepared to take a cooperative approach with the West in order to prevent its defeat in Afghanistan. But we also assume that everything will make sense and that it will come at a price. We want to be informed of the objectives and tasks undertaken by the West in Afghanistan. And we want our interests to be regarded. 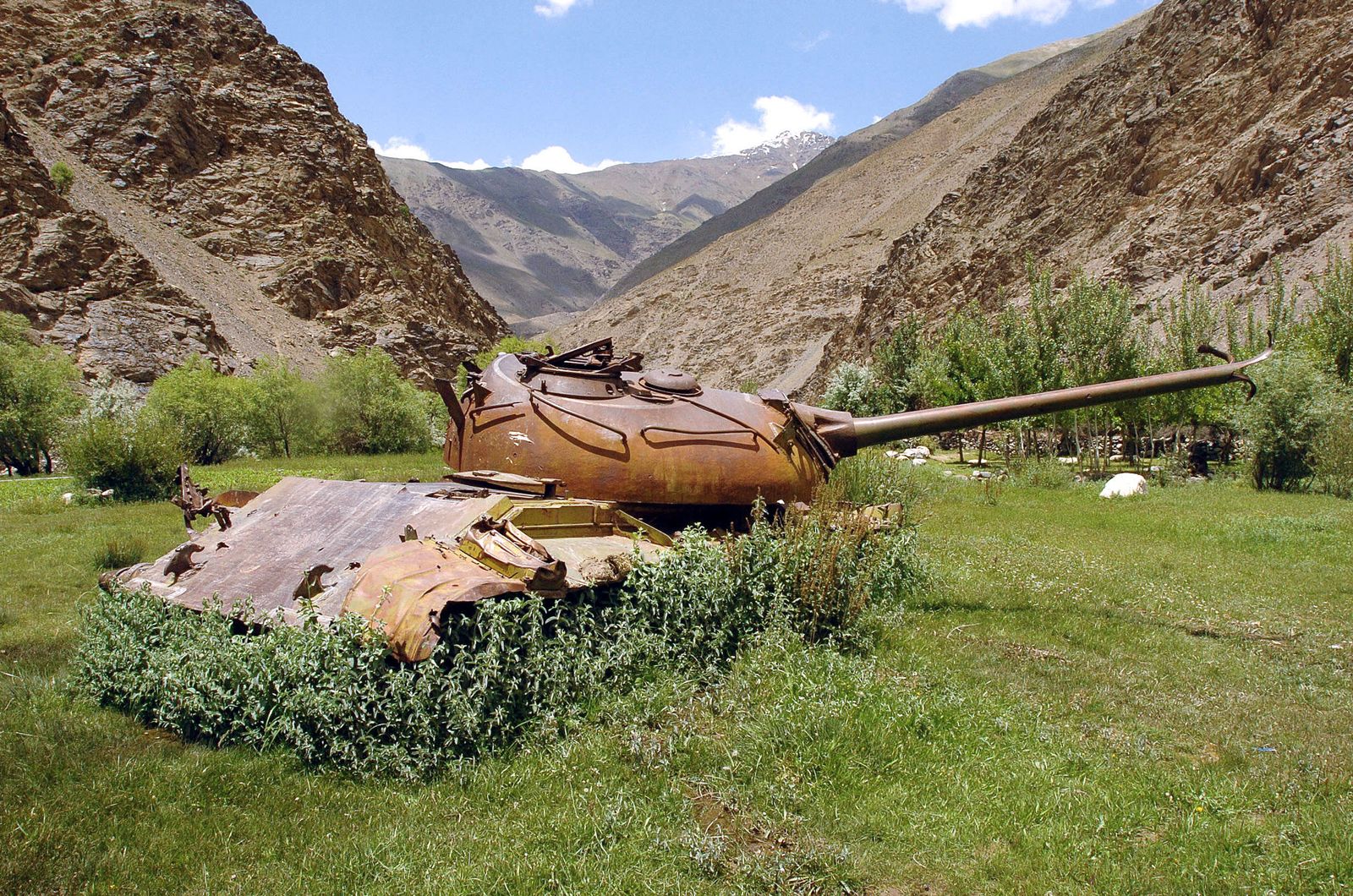 The wreckage of a Soviet tank in an abandoned field 100 kilometers from Kabul: "The West is repeating just about every mistake made by the Soviet Union."