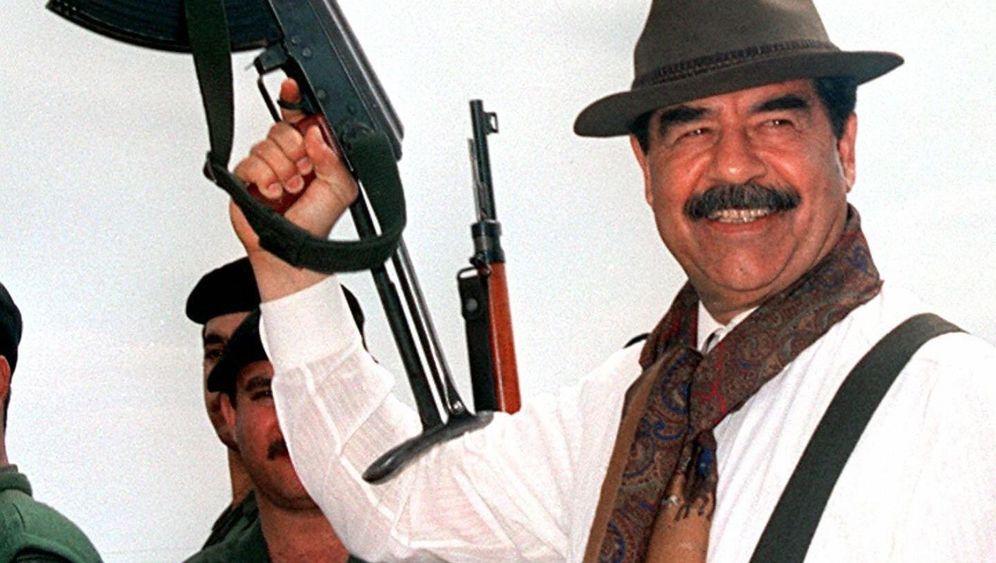 Dmitry Rogozin, the deputy prime minister in charge of Russia's defense industry, likes to toss out pithy statements while traveling and making public appearances, ones meant to revive Russians' pride in their country.

Rogozin often draws on anecdotes from his time as Russia's ambassador to NATO. In Brussels, he says, he heard the following more than once from his Western colleagues: "Optimists these days learn English, pessimists learn Chinese, but realists learn how to operate an AK-47."

It's the umpteenth rehashing of an ancient joke, and it wouldn't be entirely off-base to suspect Rogozin came up with the line himself. But the bon mot went over particularly well during Rogozin's visit to the Izhmash factory in the western Russian city of Izhevsk, where he intended it as balm for the souls of local workers. Indeed, employees here have an interest in the fate of the AK-47 assault rifle because behind Izhmash's harmless-sounding company name stands Russia's largest arms manufacturer -- and the birthplace of the famous Kalashnikov.

This automatic weapon, known in Russian simply as an "avtomat," even receives the highest praise from Americans, Rogozin reported. Elite US military units use it, he added, even though the US Congress generally prefers to purchase only American-made weapons. Private collectors have also come to embrace this assault rifle, he continued, noting that US sales of the weapon jumped by 50 percent last year. He also mentioned how Afghanistan is still asking Moscow for Kalashnikovs "even though they have 140,000 well-armed NATO soldiers within their borders."

Russia has never graced the world with either a car or a super jet of its own. But over 60 years after its debut, the Kalashnikov appears to be marching triumphantly on. About 100 million AK-47s have been manufactured around the world. The weapon helped guerrilla fighters in the jungles of Vietnam defeat their American opponents, Mozambique's leaders incorporated it into their country's flag, and al-Qaida leader Osama bin Laden carried one in his video appearances. To this day, Kalashnikovs are standard equipment for any rebel army in Africa.

Still, the rifle is not a technical marvel. It's not particularly refined, nor is it lovely to look at. The Kalashnikov is more the Volkswagen of the arms market than the Porsche: simple, rugged and indestructible. "No rifle in the world has been as reliable as this one," Josh Laura, a former Marine from Maryville, Tennessee, recently told the New York Times when explaining why he purchased an AK-47. Terry Sandlin, an electrician in Scottsburg, Indiana, said he selected the model because "the quality and versatility far surpassed anything else on the market."

The rifle's Russian designers had the principle of simplicity in mind from the very beginning. The Kalashnikov wasn't intended as a rifle for professional soldiers but, rather, as a small firearm for the masses of citizen-soldiers in the communist camp. In his 2010 history of the Kalashnikov entitled simply "The Gun," American journalist Christopher Chivers describes the AK-47 and the nuclear bomb as an "a mismatched but fated pair," explaining: "The nuclear umbrella froze borders in place and discouraged all-out war between the conventional armies stacked in Europe, helping to create conditions in which the Kalashnikov … (became) the age's dominant tool for violence in conflict zones."

The Russian rifle, which keeps on shooting even in sandstorms or pouring rain, was a favorite in class struggles from the beginning. American GIs fighting in the Vietnam War liked to exchange their M16 rifles for the Kalashnikovs they seized from captured or killed enemy fighters because the AK-47 wouldn't break down even in the humid jungle.

Russian army musician Dmitry Poltoratsky even went so far as to immortalize the Kalashnikov in song, singing: "I know to whom I must pray and who will come to my aid. My God hangs on a leather strap and bears the logo of a simple Russian factory. The Kalashnikov is my only God."

That song was written in 2001, but things have gone downhill for the all-purpose rifle since then. Hymns of praise such as those from Deputy Prime Minister Rogozin are more accurately seen as a symptom of a crisis, as is the gun's current boom on the US market.

The Russian Defense Ministry, formerly the largest purchaser of the Kalashnikov, stopped buying the weapon last fall. The head of Russia's army noted that stacks of the rifle were already filling the country's armories, outstripping demand "twelvefold." He went on to describe the rifle as outdated, saying that the age of large-scale wars is over and that a different kind of weapon is required for quelling local conflicts. Precision, rather than a constant rain of fire on masses of enemy troops, is what is needed, he said. Plans call for destroying 4 million AK-47s by 2015.

As a result, business is bad at the factory in Izhevsk. The company that Czar Alexander I established 200 years ago to manufacture muskets in preparation for war against Napoleon, the company that Stalin ordered to make an assault rifle like the German MKb 42(H) during World War II, has been bankrupt since the spring, after accumulating €62 million ($78 million) in 2011 losses and growing €136 million in debt. The factory's production has fallen by half, and the company itself has been placed under the control of a large state holding company.

Still, the factory's woes can't only be blamed on the Russian military's decision to stop buying the weapon. Another reason is the fact that the global market is flooded with Kalashnikovs. The AK-47 has been cloned on nearly every continent, with knockoffs manufactured in Belarus, Bulgaria, Romania and Serbia, in African countries and particularly in China -- often without a license. Most of these guns are also cheaper than the Russian original.

The bosses in Izhevsk have tried to stave off disaster by expanding the company's offerings. While the company used to manufacture cannons for fighter jets and precision artillery shells, it now concentrates on guns for hunting and sport.

One such product is the Saiga, the civilian version of the Kalashnikov that's taking the US by storm. The Saiga isn't the same assault rifle used by al-Qaida or the al-Shabab militia in Somalia -- it only looks like one. For example, it does not have a threaded bore, which allows the attachment of things like flash suppressors or silencers, and it cannot be fired on automatic.

The model is not actually new. Instead, it was developed in the 1970s for hunting saigas, a type of antelope that has since become endangered, on the steppes of Kazakhstan. Kremlin boss Leonid Brezhnev, himself a passionate hunter, gave the green light for its manufacture.

But, even with the jump in sales, the Saiga still holds no more than a niche in the American gun market. The one source of consolation for its Russian manufacturers is that the rifle has no need to fear cheap competition from China on the American market because the import of comparable Chinese weapons has been illegal in the US since 1994.

Still, no one in Izhevsk wants to believe this is the end of a 200-year tradition. Indeed, there's still hope -- and it goes by the abbreviation of AK-12.

AK-12 is the name of a brand new Kalashnikov, one the company says has nothing in common with the old one. It was for this rifle that Deputy Prime Minister Rogozin traveled to Izhevsk.

This new Kalashnikov is said to be a marvel, the ultimate weapon for warmongers. It can be outfitted with a laser illuminator, a grenade launcher and a night-vision device. It can fire either single rounds, three-round bursts or on full automatic. It can reportedly hit a target precisely even when firing rapid volleys. And its magazine can also hold 60 rather than 30 rounds.

Russian newspapers, though, are calling the AK-12 a "bluff," saying the new assault rifle is nothing more than a gussied-up version on the old Kalashnikov. It remains to be seen whether it will find use in the Russian army.

Until that decision is made, Izhmash plans to focus on addressing a matter it admits to having woefully neglected for years: branding. Now it has launched a global campaign to give new luster to the Kalashnikov name. The nearby town of Glasov produces a vodka called Kalashnikov that is sold in enormous bottles shaped like the rifle. There are plastic toy versions of the AK-47 made in China, and a company called MMI in the German city of Solingen holds the right to market watches and umbrellas bearing the Kalashnikov logo. Izhmash also plans to use the name for a line of high-end clothing.

First, though, Mikhail Timofeyevich Kalashnikov, the rifle's original designer, will have to give his blessing to the plan. Or perhaps one of his three children will have to do so because Kalashnikov, who was named a "hero of socialist labor" twice as well as a "hero of the Russian Federation," is 92 years old and in poor health. No one has told him that the rifle he invented is now shunned by the Russian army. According to the Moscow newspaper Isvestia, doing so would be a "serious blow for a person his age."