On Wednesday, it was the turn of Human Rights Watch and Transparency International. Representatives of the two non-governmental organizations said that officials from the Russian prosecutor general's office and from the tax police had arrived at their Moscow branches for an "unannounced audit."

The searches represent the continuation of a series of raids staged by Russian authorities against foreign non-governmental organizations in recent weeks. Some 2,000 NGOs have been targeted.

The raids have not been well received abroad. On Tuesday, several top German politicians protested after authorities searched the offices of the Konrad Adenauer Foundation, a political think tank aligned with Chancellor Angela Merkel's conservative Christian Democratic Union (CDU), and the Freidrich Ebert Foundation, which has ties with the center-left Social Democratic Party (SPD).

The German Foreign Ministry warned that the investigations could have a negative influence on Russo-German relations, while senior CDU parliamentarian Philipp Missfelder said he "had no sympathy" for the Russian campaign.

German politicians haven't been the only ones to voice concern over the campaign. EU foreign policy chief Catherine Ashton said on Tuesday that she was "very concerned with the ongoing actions of the authorities against the NGO community" in Russia. Moscow says it is merely attempting to protect itself from outside attempts to meddle in domestic politics.

Newspaper commentators in Germany on Wednesday are not buying the excuse.

"Since (Vladimir Putin's return to the presidency), one can observe how an authoritarian regime -- which still tolerates a small level of freedom in some niches of society as long as they don't question state power -- is slowly transforming in to a bona fide dictatorship."

"Russia hasn't yet arrived there yet. There are still media outlets that openly criticize the country's rulers. And there is still a legal political opposition and even a civil society. But the raids on Memorial, Amnesty International and the German party foundations in recent days clearly show what direction Moscow is headed. Just as in the court proceedings against those who led protests against the falsified election results, two goals are paramount: intimidation and defamation. Tax officials and public prosecutors are responsible for the former. State-controlled television are responsible for the latter -- particularly NTV, whose coverage is comparable to the worst Soviet-era smear campaigns against those who think differently."

"It's fairly clear what this concerted action is about: Organizations of civil society are meant to be discredited and intimidated, their work impeded or completely silenced as efficiently as possible. That's precisely the declared goal of the law from last July that regulates non-governmental organizations financed from abroad, characterizing them as foreign agents. These agents have nothing else to do but undermine the democracy guided by President Vladimir Putin with their subversive operations."

"Those like representatives of the German government, who are calling for respect and fair treatment of NGOs, recognize the state of things: NGOs are enemies of the Kremlin and the Russian state. And enemies deserve no respect or fairness."

"That's the reason why the most recent expressions of disapproval by Western politicians don't particularly impress Putin. He knows the importance of his country, not least as a popular trade partner. Looking at it that way, fears among human rights activists that the raids could be just the beginning of a much greater repression are unfortunately all too justified."

"Russia, the Kremlin in particular, is resentful of the moral remonstrations coming from the West -- accusations that are also voiced indirectly in the work of NGOs in the country. Russians finds it humiliating when they are once again the target of a moral rebuke from Berlin, Washington or other Western capitals. Vladimir Putin has repeatedly expressed his displeasure over such reproaches."

"But Russia seems not to understand the trust-building effect of the work performed by NGOs. It is important that, beyond the trade in industrial machinery and luxury cars heading east and oil, natural gas and raw materials heading west that there are also relations of a cultural nature. The German government cannot act as though it is unaffected by the situation. German leaders will have to make it clear that everything has its price, including the obstruction of the NGOs…. Berlin shouldn't turn it into an international affair, but should clearly demand an end to the harassment."

"The actions are a clear signal that the mass protests last year frightened the powerful elite to the bones. They showed that Russian society is developing at a brisk pace, and citizens want access to achievements in many areas that are standard in other countries. But most within the state apparatus fear change. A modern, open society and more influence for the citizenry would endanger the cushy jobs that those in the highest echelon have secured in recent years. They don't want to give up the current status quo."

"The proceedings against foreign organizations in Russia also show that more than 20 years after the collapse of the Soviet Union, the Kremlin still has a problem understanding the point of political foundations. They're suspect because they often work with the opposition. Since the beginning, Moscow has feared being undermined from abroad. In reality the foundations are concerned with freedom, democracy and the strengthening of civil society. Even Russia's economy can profit from that, if both sides work together to improve the legal system."

"Still, the actions of the authorities raise the threat of new harm to German-Russian relations, which have not been the best of shape for quite some time. Such political tensions can have a far-reaching effect -- including on businesses in both countries. They have been doing great for years, but recently the first companies have been looking on with skepticism at the developments in the East. A worsening of economic relations would not at all be in the interest of Moscow, where the economy is dependent on foreign investment to stimulate the economy." 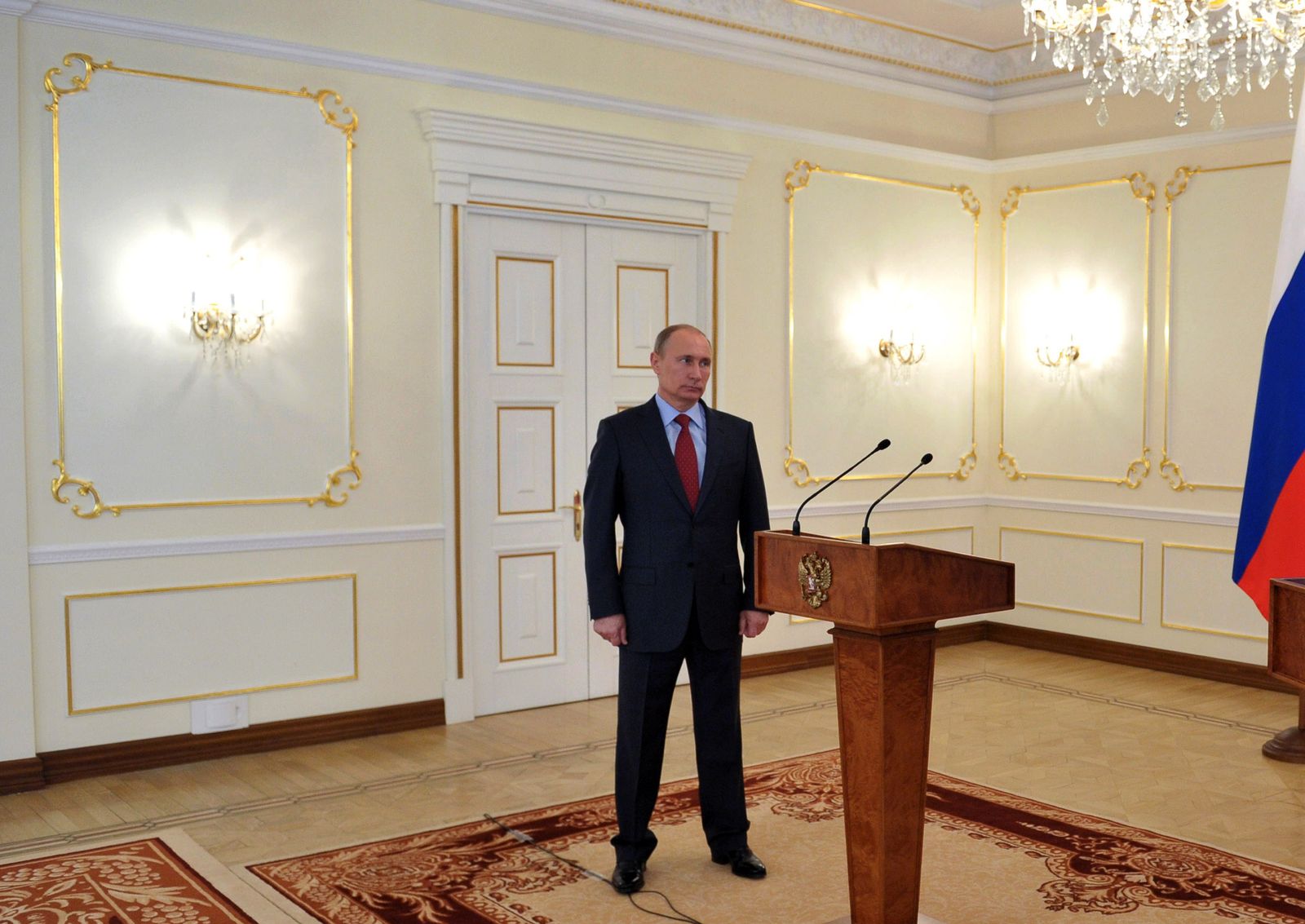 The government of Russian President Vladimir Putin is taking a tough stance on foreign-financed NGOs.