Russia's media watchdog agency has forced the closure of a news organization due to "obscene wording." On Thursday, a court accepted the request by the Federal Service for Supervision of Communications, Information Technology and Mass Media, or Roskomnadzor, and revoked the license of the Rosbalt news agency. The judges justified the decision by claiming Rosbalt had repeatedly used Russian swear words.

The head of the news agency, Natalia Cherkesova, and her employees are allowed to stay on for one month, in which they can appeal to the country's top court. The closure will affect 60 editors and countless freelancers. Rosbalt, which is headquartered in St. Petersburg and is smaller than news agencies like Ria Novosti and Interfax, had become especially popular online.

Russian President Vladimir Putin criminalized the spread of swears in early April, when he approved a change to the country's media law. The media watchdog agency sent warning letters to editors explaining that spreading swears represented a "misuse of press freedom."

Rosbalt's troubles stem from its coverage of two online video clips -- one showing a scene after a car accident, the other an appearance by imitators of the band Pussy Riot. Both videos included swears that are indecorous, but not unpopular, in Russia. Like countless other media companies, Rosbalt posted the videos on its site. Although the Rosbalt editor had, as is normally the case, covered the swears with a beep noise, the media watchdog referred to the uncensored, original YouTube videos in court.

Press spokespeople were indignant at the closing of the news agency. The case would have "negative effects on the entire media landscape and on freedom of expression in Russia," said Pavel Gusev, the editor-in-chief of the high-circulation Moskowskij Komsomolez tabloid. The attack on Rosbalt will not "improve the image of our country," criticized Nikolai Svanidze, a TV journalist and biographer of ex-President Dmitry Medvedev.

The actions of the Russian censors could also further strain the already tense relationship with Berlin. Rosbalt editor Cherkesova is member of the steering committee of the German-Russian Petersburg Dialogue -- a biannual meeting of politicians, businessmen and representatives from civil society, which aims to foster mutual understanding between the two countries. Traditionally, the working groups address German Chancellor Angela Merkel and Putin on the last day of the Forum. This means Russia's president may need to listen to uncomfortable questions about Rosbalt when that happens.

And there are several such questions: The Rosbalt editors can't understand why they were shut down when other news organizations were given, at most, a warning in similar cases. Rosbalt engages in independent journalism, but other newspapers and websites attack the Kremlin much more harshly. Compared to the audience of millions reached by the anti-Putin broadcaster Echo of Moscow, Rosbalt's reach is small. It's possible the organization is being weakened in advance of a hostile takeover.

It's surprising that, of all news organizations, Rosbalt became the victim of the authorities. It is especially well connected to law enforcement and security agencies. After the anti-immigrant riots in the Moscow suburb of Biryulyovo in the middle of October, Rosbalt published exclusive reports with information from the security agencies, claiming the unrests were stoked and targeted.

Rosbalt's strong ties to the security agencies have a familiar explanation: Rosbalt head Cherkesova is married to a former general. Like Putin, Viktor Cherkesov began his career in the Soviet secret service, the KGB, in Leningrad (now St. Petersburg). After the breakup of the Soviet Union, Cherkesov rose to become the Petersburg head of the Federal Security Service, FSB. When Putin moved into the Kremlin in 2000, he first made Cherkesov his representative in the northwest of the country, and then later the head of the powerful Federal Drug Control Service of the Russian Federation, FSKN. Cherkesov fell into disfavor in 2007 when he brought conflicts into the public eye by speaking of a "war between the security agencies."

When thugs stopped his wife's car in early October and beat up the driver, it merely took a few phone calls for those responsible to be apprehended. In Russia's most important northern city, General Cherkesov is still a famous man. But his influence is no longer strong enough to prevent the media watchdog's attack on Rosbalt. As a representative for the Communists in parliament, today Cherkesov counts himself among the opposition. 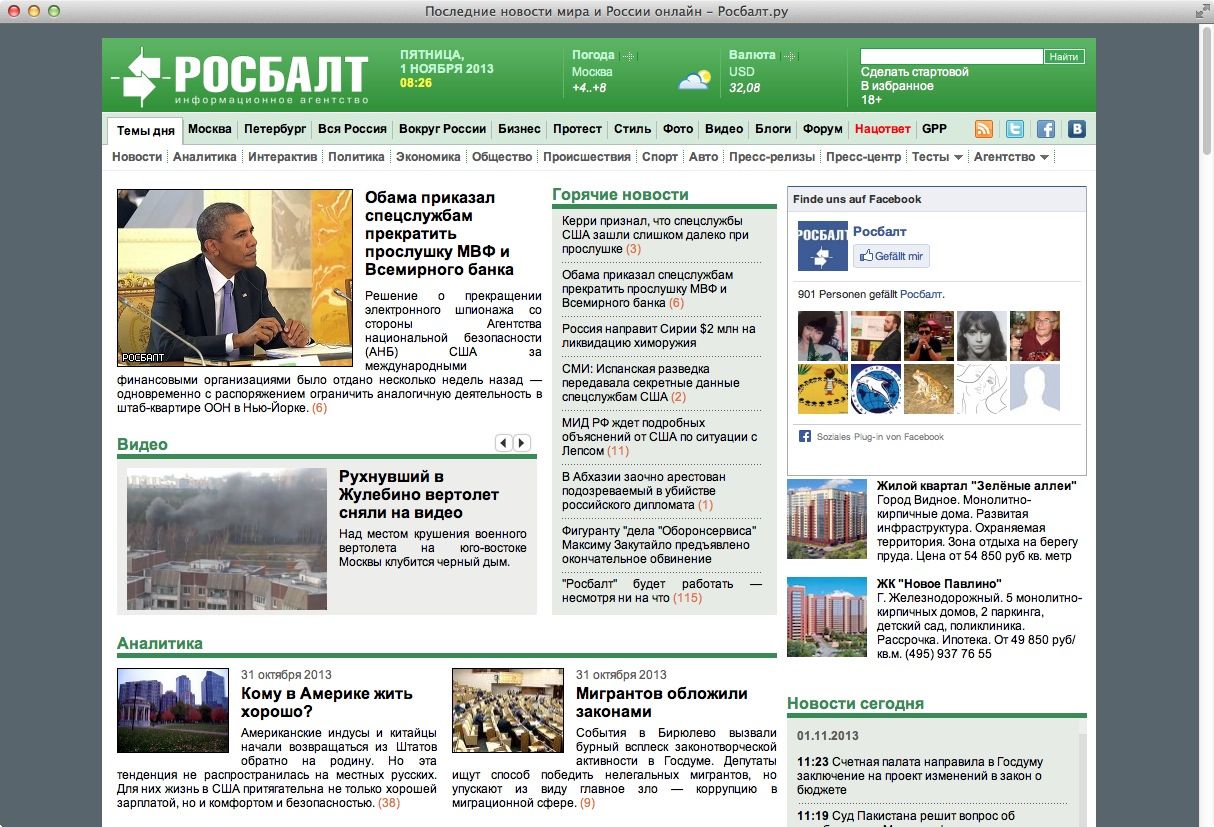