Even in his old age, Mikhail Kalashnikov still worries about the invention that defined his life. At a conference on the 60th anniversary of the weapon that he invented in 1947 -- the Avtomatni Kalashnikova (Automatic of Kalashnikov) or AK-47 -- the elderly weapons designer, who is still chief designer for the state controlled company that makes the guns, lamented that, "there are counterfeits all around the world now which are plainly not of the same quality as the Russian example."

The legendary Kalashnikov is a Russian export success story. The guns are used by 60 armies worldwide, account for up to 80 percent of all assault rifles and are known as the weapon of choice for terrorist groups and rebel movements. But the Izhmash Arms factory in the central Russian city of Izhevsk, where Kalashnikovs are manufactured, has long been concerned about forgeries. 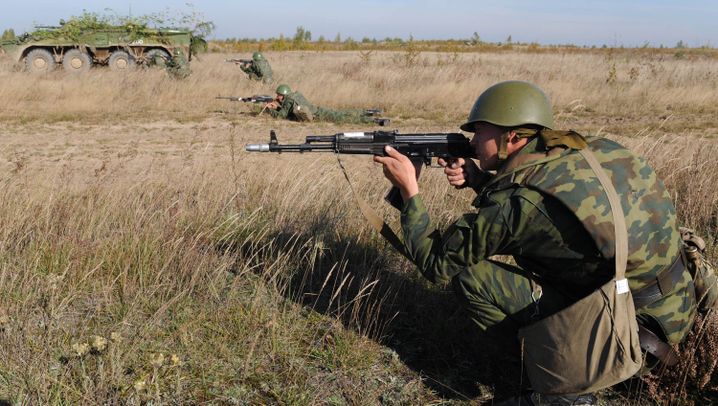 According to Izhmash Arms' parent company, the Rosoboronexport State Corporation -- which has a monopoly on supplying Russian arms to the international market -- there are about eight countries in which dozens of business are making their own versions of the Kalashnikov. And they are doing this without passing on any licensing fees to the Russians.

And now it appears that the financial difficulties facing the weapons manufacturer have reached crisis point: its very existence is threatened. A businessman in Izhevsk has filed a motion to declare Izhmash Arms bankrupt because of outstanding debts of around 8 million rubles (around €180,000 or $265,000). The case has caused a sensation in Russia because for a long time the Russian armaments industry has been one of the only industries considered competitive on an international basis. And Izhmash, which was founded in 1807 by Russia's royals, is one of the largest firearms manufacturers in Russia.

However, arms exports have fallen dramatically over the past year, falling from around $10.8 billion (€7.4 billion) worth of weaponry in 2007 to a mere $3.5 billion (€2.4 billion) in 2008. According to Ruslan Pukhov, director of the Moscow-based Center for Analysis of Strategies and Technologies, every second Russian arms maker is now in danger of bankruptcy. In fact work at one of Izhmash's factories stopped recently due to lack of state orders for their product. "The companies have not had big orders for a long time," the newspaper Gazeta quoted various industry experts. "Izhmash Arms is no exception." A lot of the factories have asked for state aid during the financial crisis, but mostly their requests have been fruitless.

Kalashnikov Problems of its Own Making

As it is, the problems the Kalashnikov manufacturer faces are partially of its own making. During the Soviet era, licenses for the Kalashnikov were generously granted -- and this had less to do with a desire to make money from the licenses than political motivations. It was all about the use of the automatic rifle as a means of "freeing the people." After the end of the Warsaw Pact though, all the licenses to make the Russian-invented weapon had supposedly come to an end, according to Rosoboronexport. However, those earlier business partners simply continued to make the automatic weapons -- and at the same time, their production ate into the Russian exports.

Russia asked the United Nations for help in the fight against the forgeries. However the UN was not all that willing to help -- after all their peacekeeping forces operate in regions like the Congo, one of the main markets for these kinds of weapons.

It is still unclear how much economic danger Izhmash Arms is really in. After the bankruptcy charges, the firm itself declared that its order books were full. Furthermore, it said that the company that was demanding the money, Gremikha, and which had filed the bankruptcy order had "no relationship" with the factory at all. The relatively unknown Gremikha company said it had filed the order because of a "chain of debts." But this has cast doubt on the whole proceeding.

Ultra-Nationalist With Dubious Reputation Behind Bankruptcy

Additionally the proprietor of Gremikha also happens to be a local political figure with a dubious reputation. According to the central Russian election commission, the business belongs to Andrei Markin, the regional head of the Liberal Democratic Party of Russia (LDPR). The LDPR is led by Vladimir Zhirinovsky and is generally considered to be ultranationalist in nature. Markin has been regional head of the LDPR since 2007. At the time that he took up the post, opponents within his own party said that he was active in criminal circles under the name "Markel." The businessman-politician denied this.

However, the LDPR does seem to like to award administrative and other contracts to business people with dodgy reputations and criminal histories. In 2007 Andrei Lugovoy was the LDPR's candidate for the State Duma, Russia's lower house of parliament. Lugovoy is wanted by the British police and Scotland Yard, in connection with the murder of Alexander Litvinenko. Litvinenko was a former officer of the Russian secret service-turned-dissident who was living in London when, in 2006, he was lethally poisoned with a radioactive substance, polonium-210.

When contacted by SPIEGEL Online, Markin's office would only say that, in the case against Izhmash Arms, they were being led "by legal guidelines." According to the Svoje Delo newspaper, Markin had said he didn't want the situation to get as far as bankruptcy and that he was just hoping the Kalashnikov manufacturer would be able to settles its debts as soon as possible. 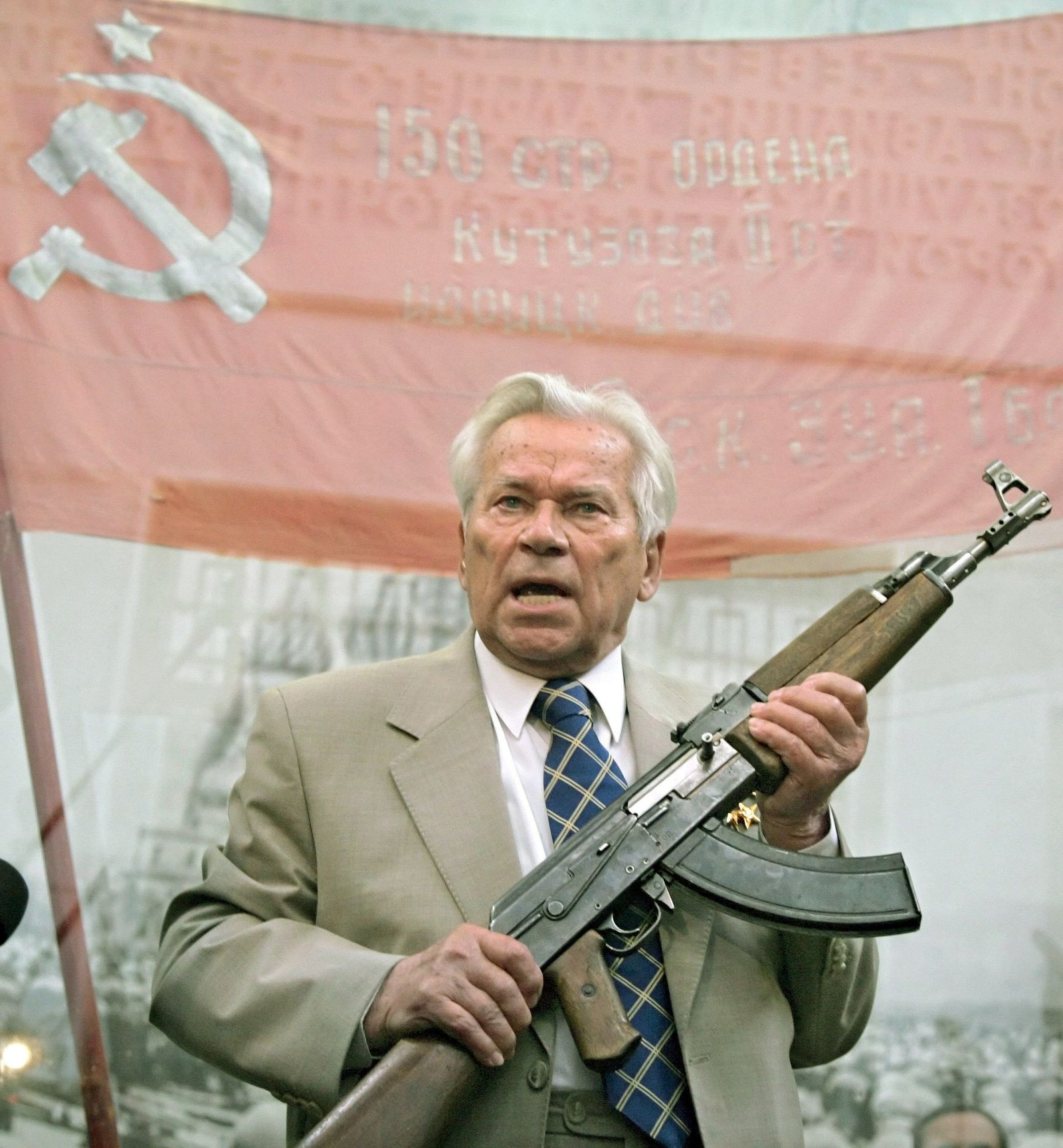 On the 60th anniversary of its invention, Mikhail Kalashnikov, the designer of the assault rifle that bears his name, holds the AK-47 with the serial number 1 at the Armed Forces Museum in Moscow.