"Israel is not responding," Israeli Defense Minister Ehud Barak said earlier this week when asked if his country had been involved in the latest slaying of an Iranian nuclear scientist. It didn't exactly sound like a denial, and the smile on his face suggested Israel isn't too bothered by suspicions that it is responsible for a series of murders of physicists involved in the controversial Iranian nuclear program.

There is little doubt in the shadowy world of intelligence agencies that Israel is behind the assassination of Darioush Rezaei. "That was the first serious action taken by the new Mossad chief Tamir Pardo," an Israeli intelligence source told SPIEGEL ONLINE.

On July 23, Rezaei became the latest victim in a mysterious series of attacks over the past 20 months which has seen the virtual decimation of the Islamic republic's elite physicists. The 35-year-old died after being shot in the throat in front of his daughter's kindergarten in east Tehran. The Iranian press has reported that the two alleged perpetrators in the attack escaped on a motorcycle.

A Setback for Iran's Nuclear Program

So who was the man who was shot in front of his wife and daughter? Israeli media reported the scientist, who had a PhD in physics, was working on the development of a trigger for a nuclear warhead. The physicist had apparently been seen daily at a nuclear research center in northern Tehran. An official from a member nation of the Vienna-based International Atomic Energy Agency later told the Associated Press that Rezaei had participated in developing high-voltage switches, a key component in setting off the explosions needed to trigger a nuclear warhead.

The fact that Rezaei's death has struck a nerve in Iran is apparent in the official reaction to the killing. Kazem Jalali, the head of the Iranian parliament's national security committee, said the murder of Iranian physicists showed that the United States and Israel are "desperate" in the face of Tehran's nuclear ambitions.

Rezaei is the third Iranian nuclear physicist who has paid for his job with his life since the start of 2010:

Iran suspects that a "triangle of wickedness," consisting of the US, Israel and their hired accomplices, is behind the attacks, according to sources in Tehran. Washington denies any responsibility: "We were not involved," a spokeswoman for the US State Department said in response to Rezaei's death. Israel, for its part, has opted for a policy of ambiguous silence.

Part of a Campaign

According to sources in Israeli intelligence, the killings are part of a campaign to sabotage, or at least slow down, Iran's nuclear program. The alleged campaign also involves other tactics as well as targeted assassinations. The cyber-attack using the Stuxnet computer virus, which paralyzed large parts of the Iranian nuclear program in the summer of 2010, is supposedly also part of Israel's secret campaign against Iran.

But for hardliners in the Israeli military, the covert action does not go far enough. The calls for bombing Iran are getting louder and louder, especially among Israeli Air Force officers, the informant told SPIEGEL ONLINE. There is apparently a heated debate about the effectiveness of such assassination campaigns and whether they can fulfill their goal, reported Yossi Melman, intelligence expert at the Israeli daily Haaretz. In addition, Israel has already faced fierce criticism over other assassinations allegedly committed by its agents in foreign countries.

Until now, Mossad experts have been able to convince decision-makers that the construction of an Iranian bomb can best be delayed through attacks on key figures and nuclear facilities. But it is unclear how long Prime Minister Benjamin Netanyahu will continue to follow this advice. Politicians in Jerusalem know well that Mossad is also pursuing its own interests when it argues that its agents should play the leading role in the struggle against Iran.

"As long as Mossad is leading the fight against the bomb, it will get the big budgets," said the source. Whether there will be an open attack on Iran's nuclear facilities in the future will partly depend on whether the Israeli military or intelligence wins the internal power struggle, the source said. "Just like with everything, this is also about prestige."

Correction: An earlier version of this article incorrectly stated that the International Atomic Energy Agency had confirmed that Rezaei had worked on the development of high-voltage switching systems. In reality, it was an official from a member nation of the Vienna-based International Atomic Energy Agency who told this to the Associated Press, rather than a official statement by the IAEA. We have corrected the article accordingly. 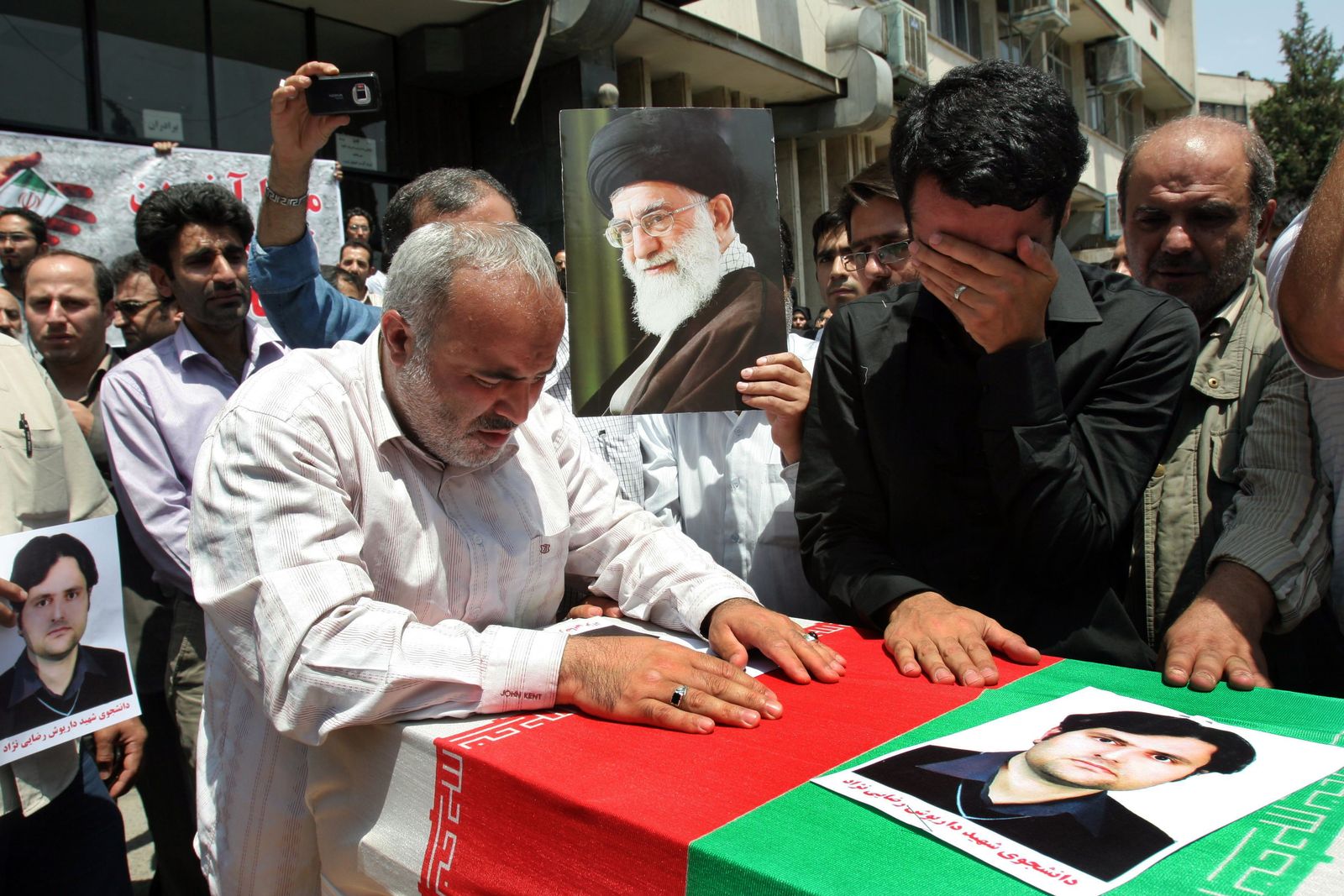 The funeral of Darioush Rezaei on July 24. Mossad has been blamed for the killing.