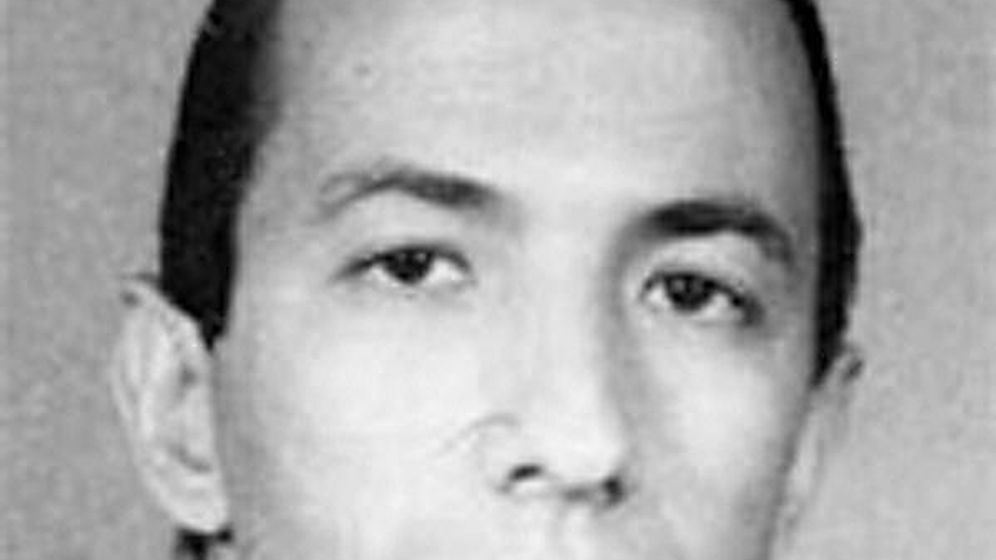 Saif al-Adel enjoys a truly outstanding reputation among Islamic militants around the world. The Egyptian, whose nom-de-guerre means "sword of justice," is considered a seasoned operational planner and an experienced field commander. He is often mentioned together with Khalid Sheikh Mohammed, the mastermind of the Sept. 11, 2001 attacks on New York and Washington. Among other things, the United States accuses him of involvement in the bombing of two US embassies in Africa in 1998. The last position Saif al-Adel held within Osama bin Laden's terror network was that of a very senior al-Qaida military chief, a role which put al-Adel at the very pinnacle of international jihadist terrorism.

However, after 9/11, he simply disappeared. Later it emerged that he was being kept north of the Iranian capital Teheran under a kind of protective house arrest together with dozens or possibly hundreds of al-Qaida fighters and their families, who had fled the US invasion of Afghanistan in December 2001 and were being prevented from traveling further by the Iranian authorities.

But now Saif al-Adel is back. "It is almost certain that Saif al-Adel has been released, that he is currently in the Pakistani province of North Waziristan, and is operating as al-Qaida's military chief," said Noman Benotman, a senior analyst at the London-based Quilliam Foundation counter-extremism think tank. The Libyan is one of the world's leading experts on al-Qaida. Before his spectacular about-turn in 2002, Benotman was himself a trainer at jihadi military camps in Afghanistan, where he led the Libyan mujahedeen. He says his sources on Saif al-Adel are reliable.

Benotman isn't alone in this claim. "Saif al-Adel has left Iran and is currently somewhere in the border region between Afghanistan and Pakistan," a European intelligence officer told SPIEGEL ONLINE. "It's likely that he has hooked up with terrorists structures."

Al-Qaida's Biggest Break in a Decade

This summer, an Afghan newspaper speculated that Saif al-Adel had been released in exchange for kidnapped Iranian diplomats. However, the rumor couldn't be corroborated at the time. But Benotman said his sources in the region have indeed confirmed the swap.

Saif al-Adel's return is probably the biggest break al-Qaida has had in a decade. In fact, al-Adel is considered such a potential threat that according to information received by SPIEGEL ONLINE, US intelligence services have regularly discussed how dangerous it would be if Iran recruited him to organize retaliation attacks in response to a potential bombing of its nuclear facilities.

"With someone like Saif al-Adel, you don't even need him to be active himself. What he has in his head is enough," said Benotman. Al-Adel is considered to have helped organize terror attacks in Saudi Arabia while in Iran -- proving not only his reach, but also the freedom he was apparently given during his alleged house arrest.

'A New Era of Cooperation'

Australian terrorism expert Leah Farrall, who is writing her doctoral dissertation on al-Qaida's command structures, told SPIEGEL ONLINE: "Not only would Saif al-Adel's return to the field greatly bolster al-Qaida's operational capability, and bring a rigour to its external operations, but his longstanding connections to groups whose relations with al-Qaida have been subject to tension could herald a new era in operational cooperation for attacks against the West."

Al-Adel has a reputation for being a pragmatist who isn't particularly worried about ideological differences. Given the threat of CIA drone attacks, Farrall said, such an attitude could help facilitate collaboration in planning attacks.

Al-Qaida has not yet commented on the return of its military chief -- possibly to prevent him from becoming the focus of drone strikes. The organization is at pains to protect its key figures at present. After all, unmanned aircraft and their rockets have literally blown enormous holes in al-Qaida's leadership structure.

One of these air strikes killed al-Qaida ideologue Attiyat Allah earlier this month, Benotman says his sources have confirmed. It is a loss the organization will find hard to compensate for. The Libyan was one of the few intellectuals among its higher-ranking members, and he was extremely influential. He regularly mediated in conflicts that were important to al-Qaida members and sympathizers.

A drone also killed Mohammed Uthman this month. The man from Punjab was Osama bin Laden's personal courier and likely one of the few people who knew where the al-Qaida leader was hiding, as Benotman points out. It's not clear if the US knew who they were targeting. A similar strike in May 2010 killed Mustafa Abu al-Yazid, al-Qaida's chief in Afghanistan and something akin to the terrorist organization's chief of staff.

The rising death toll from remotely controlled aircraft has prompted the rise of second-tier members of al-Qaida to senior positions. Benotman calls it "forced evolution," a sign of decline.

But al-Qaida can still draw on a number of experienced fighters. In recent months, there have been growing indications that the terror network has reorganized. However it could be al-Qaida's last stand: If these men die, there are only a handful of well-known people who could step into their shoes. Nevertheless, it remains a fearsome troop.

Benotman's said his sources claim that Ilyas Kashmiri is one of the most important figures rising up al-Qaida's ranks. Kashmiri, born in 1964, is a guerrilla warfare expert who earned his jihadi spurs as a young fighter in Kashmir, the disputed border province straddling India and Pakistan. Today, the one-eyed man with the red-dyed beard is considered the mastermind behind some of the deadliest terrorist attacks in India and Pakistan. He also acts as the commander of the secretive Brigade 313, a unit sometimes described as al-Qaida's Pakistani arm, sometimes as a special combat taskforce, and sometimes as an opaque jihadi unit that co-operates with al-Qaida but is not part of its command structures.

Now, Benotman says, al-Qaida has decided to upgrade Brigade 313 by tasking it with the planning of operations outside Afghanistan and Pakistan -- namely in India and other southeast Asian countries and in Europe.

Kashmiri is considered brutal and goal-oriented. Just like Saif al-Adel, he cares little about ideological differences and has considerable experience cooperating with other militant groups. In Kashmiri's case, these include Lashkar-i-Taiba (the terror group that carried out the 2008 Mumbai attacks) and the Pakistani Taliban (which ordered the failed Times Square car-bombing in New York in May 2010). "I'm not a traditional jihadi cleric who is involved in sloganeering", he said in an interview in 2009. "As a military commander, I would say every target has specific times and reasons."

Adnan al-Shukri Juma is another figure who appears to have risen up the ranks because of the loss of more senior members. Al-Shukri Juma spent a long time living in the US. He is also considered the man behind a failed attack on the New York subway. US authorities are therefore particularly suspicious of him. It is more than likely that he, too, is now in North Waziristan. The Long War Journal blog calls him al-Qaida's "operations chief for North America," suggesting that although Kashmiri occupies a secondary position in the hierarchy, he is responsible for a central portfolio.

Al-Shukri Juma was assisted in planning his New York attacks by a man whose role may also have become more significant: Although Rashid Rauf belongs to the Pakistani group Jaish-i-Mohammed, he is now seen as an al-Qaida leader. He is also suspected of involvement in the failed attacks on passenger aircraft in London in 2006.

Another member of this tier of the organization could be Saad Bin Laden, the oldest son of the al-Qaida leader, who is also said to have moved to Waziristan from Iran so that he can be by his father's side.

It's hard to say what effect this restructuring will actually have. The pressure on al-Qaida and similar organizations has risen, drone attacks are becoming ever more frequent and the terrorists have little room for maneuver and few resources. Nevertheless, there is no serious shortage of recruits -- some of them from the West -- and intelligence agencies around the world are convinced these acolytes are more than willing to attempt another spectacular attack on the West.

Analysts believe the chances of success of such an attack depend largely on two factors: The quality of the training the would-be assassins receive, and the cooperation between different groups in order to maximize their resources. In theory, Saif al-Adel and Ilyas Kashmiri are perfectly suited for both tasks. In practice, however, the skies of North Waziristan are constantly filled with the humming of unmanned drones. 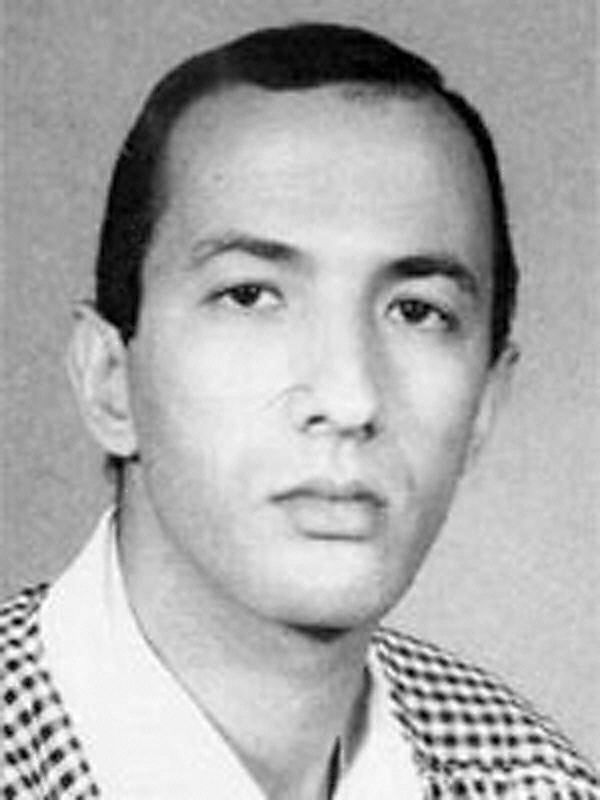 Saif al-Adel: The Egyptian is one of the most dangerous terrorists in the world. After several years under apparent house arrest in Iran, he has returned to the border area between Pakistan and Afghanistan -- where he appears to be playing an important role at the headquarters of the al-Qaida terrorist network.