SPIEGEL ONLINE: Senator Nunn, North Korea has just conducted its third nuclear test. Seismic data indicate the explosion was far more powerful than the previous ones. The test came only weeks after North Korea successfully tested a long-range missile. Has the United States' strategy of containing Pyongyang failed? And if so, does Washington have to reconsider military action?

Nunn: The steady progress made by North Korea on its nuclear and missile programs is deeply concerning. The US cannot solve this problem alone. However, in order to take steps that could fundamentally affect the North Korean leadership and its decision-making, we need to work even more closely with our allies in the region who feel this threat acutely. I would urge China, in particular, to intensify its leadership role in helping to solve this crisis.

SPIEGEL ONLINE: Right now there are more than 17,000 nuclear weapons worldwide. The number of nuclear armed countries is increasing, the technology is spreading. Is it only a matter of time until a nuclear weapon is detonated in a city again?

Nunn: Some people think we will see a nuclear explosion in Europe or the United States within the next 10 years. Will it happen? Sure, it's possible. But I think we can greatly diminish that risk. The only way you can do that is through cooperation, and it has to be global.

SPIEGEL ONLINE: But negotiations on nuclear arms reductions have been going on for decades. Why has it been so difficult to make any progress?

Nunn: There is a pervasive mistrust that grew out of the Cold War and still continues today -- even though there are a lot more mutual interests between Europe, Russia and the United States than ever before. But the way we organize things today, it takes years to negotiate. By the time you get a result, the technology has far outrun the policy. So we have to start a dynamic, sustainable type of policy deliberations that can catch up with technology.

SPIEGEL ONLINE: If we were incapable of establishing such a dialogue when the world was still bipolar, how can we hope to do so in today's world? Now, we have a nuclear standoff between Pakistan and India, an Iran that is on its way to building the bomb and a North Korea bent on developing intercontinental nuclear missiles. How can we find common ground with countries whose interests differ so radically?

Nunn: I don't think we can tackle all that at one time. The beginning point has to be the Euro-Atlantic community. It's very hard for Europe, the US and Russia to have much influence on the growing problems elsewhere in the world unless we have our own backyard in a more stable and cooperative atmosphere. And right now, we don't.

SPIEGEL ONLINE: In addition to North Korea, the Iran problem seems to be worsening as well. President Obama has made it very clear that he will not allow Iran to acquire nuclear weapons. But what if Iran doesn't play along? Most military experts believe that air strikes against Iran's nuclear installations would at best delay Tehran's nuclear program for a few years.

Nunn: The Iranians know that if they develop nuclear weapons, they will be in tremendous jeopardy from military capabilities of their neighbors and of the United States. I am not predicting what will happen in 2013, but I do think it is a crucial year. I hope we can make it clear to the Iranians that we do not object to them having peaceful use of nuclear power. But when they enrich Uranium to a 20 percent level, people think they are going for the bomb. Their uranium enrichment program is a real danger.

SPIEGEL ONLINE: It seems that sooner or later, Iran and North Korea will develop nuclear intercontinental ballistic missiles. Some experts even argue it would be naïve to believe otherwise.

Nunn: I'm not quite that pessimistic. We need a dialogue with the Iranians, and it is going to take both carrots and sticks. We employed very tough economic sanctions, and they are having an effect. But we also have to give the Iranians an idea of what the economic and cooperative possibilities would be if they did give up their quest for a nuclear weapon.

SPIEGEL ONLINE: After the Cold War, there were five recognized nuclear powers, now we have nine. If Iran gets the bomb, we could end up with nuclear arms in Turkey, Saudi Arabia and Egypt. Is there still hope to stop the spread of nuclear weapons?

Nunn: Look, just five years ago, 40 countries had weapons-usable nuclear materials. Now there are only 28 left. And a number of nations have given up their nuclear weapons entirely, like Kazakhstan, Belarus or Ukraine. Others like South Korea or Brazil could have developed nuclear weapons, but did not do so. So it's not all bleak. Of course, you have some big avalanches threatening to come down the mountain, with Iran and North Korea. But when you look at the avalanches that have missed us so far, there is something to be grateful for.

SPIEGEL ONLINE: Given the spread of nuclear know-how and materials, some argue that the most likely reason that we have not seen a terrorist nuclear attack is that somehow the terrorists did not want to.

Nunn: I would give our efforts a little more credit than that. I think if terrorists had nuclear materials and found people to put a bomb together -- both of which are possible -- we would already have seen a nuclear explosion. But we have literally thousands of people around the world working their tails off and making a lot of sacrifices to contain nuclear materials. I particularly would like to compliment the Russians on this. In times of great economic distress, many of them could have made an awful lot of money if they had sold their expertise. Instead, they are dedicated to safeguarding, securing and in many cases destroying not only nuclear, but also chemical and biological materials.

SPIEGEL ONLINE: In his 2009 address in Prague, President Obama said: "The threat of global nuclear war has gone down, but the risk of a nuclear attack has gone up." In the same address, he outlined his vision of a world free of nuclear weapons. Do you think this will ever be possible to achieve?

Nunn: I don't think that within a certain amount of time we can get rid of all nuclear weapons. But I do believe that, step by step, we could get others to join us. I call it going up the mountain. We can get to the top eventually, but we have to get to base camp first. Right now, we are in the valley. So we have a long way to go, but maybe our children or our grandchildren will see the top of the mountain. 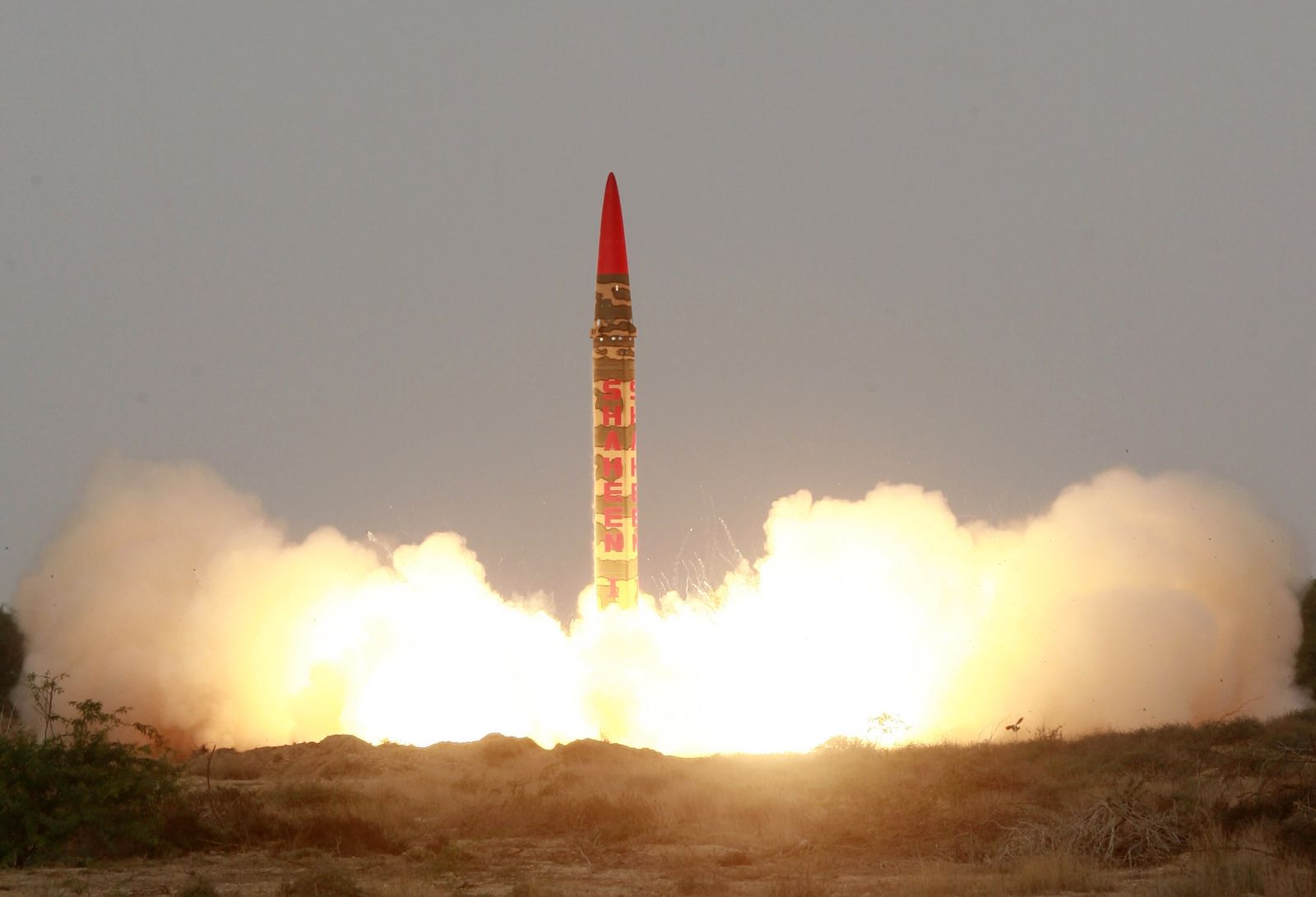