Shortly before takeoff from a German airport, the passengers aboard an Iran Air flight are reminded of the nuclear dispute between Tehran and the West. The captain says over the intercom that a stopover will be required. Sometimes it is in Istanbul, at others Budapest, Ljubljana or Belgrade. For frequent fliers between Hamburg, Frankfurt and Tehran, this has become part of the ritual.

Tough sanctions against the theocracy are making it increasingly difficult for Iran's national airline to purchase jet fuel in Germany and other European Union countries. Most Iran Air jets flying out of Tehran must take off with a full tank and less cargo than they normally would carry. Unable to complete the return flight, they are forced to make stopovers to refuel. Insiders even report that the airline's jets are being flown at slower speeds to save fuel.

Officials at Iran Air believe they are the innocent victims of geopolitics. "This is a human rights violation," complained Jamalodin Zavichi, Iran Air's Germany manager in Frankfurt. "Passengers are being forced to suffer from inconveniences despite the fact that they have nothing to do with the political conflict."

According to the German Economics Ministry in Berlin, oil companies are technically permitted to sell kerosene to Iran Air under the current regulations. The sanctions are only applied once sales volume exceeds $5 million (€3.87 million) per year. But no major oil company is willing to conduct those sales out of fear of angering the Americans and adversely affecting their business operations in the United States. Indeed, no company was willing to even comment for this article.

Already back in October 2010, US President Barack Obama warned large oil companies like BP, Shell and Total to abandon their business relations with Iran. What he actually meant at the time were oil production projects by the companies in the country. But the companies went a step further and cancelled contracts for delivering jet fuel with Iranian airlines including private carrier Mahan Air, which flies to Düsseldorf.

Ever since, the airlines have been forced to improvise. In Hamburg, for example, Iran Air managed to find a smaller kerosene dealer willing to sell to the airline. Still, the airline is likely paying a premium for that fuel, and the pilots are forced to settle their bills in cash.

Trouble with Maintenance Too

Iranian airlines are also having trouble obtaining maintenance work for their aircraft at German airports. Lufthansa Technik, the subsidiary of the German national carrier, repaired jets for Iranian airlines for more than 40 years, but it no longer has any maintenance contracts with Iran Air or other carriers. The only service still being provided is access for Iranian pilots to use "competency training" in Lufthansa's flight simulators in Frankfurt.

Replacement of defective parts has also become a problem for Iranian airlines. Iran Air chief Farhad Parvaresh recently complained that his company is forced to pay 30 percent more for parts than non-Iranian airlines. In an embarrassing episode for the German government last year, Berlin sold Chancellor Angela Merkel's 22-year-old, decommissioned official government jet to a Ukrainian investor group for €3.1 million. The Ukrainian investor then secretly sold the VIP jet to Mahan Air in Iran. The Airbus A310 is still painted with the colors of the German flag and is sitting in a hanger at the Marhabad airport, where it is being cannabilized for parts.

The average aircraft in the Iranian fleet is 24 years old and the jets are prone to tire and engine failures. During a fuel stop in October 2010 in Vienna, an Iran Air Airbus A300 aircraft spewed flames from one of its engines as it accelerated down the runway. The pilot initiated the extinguisher and aborted the takeoff. 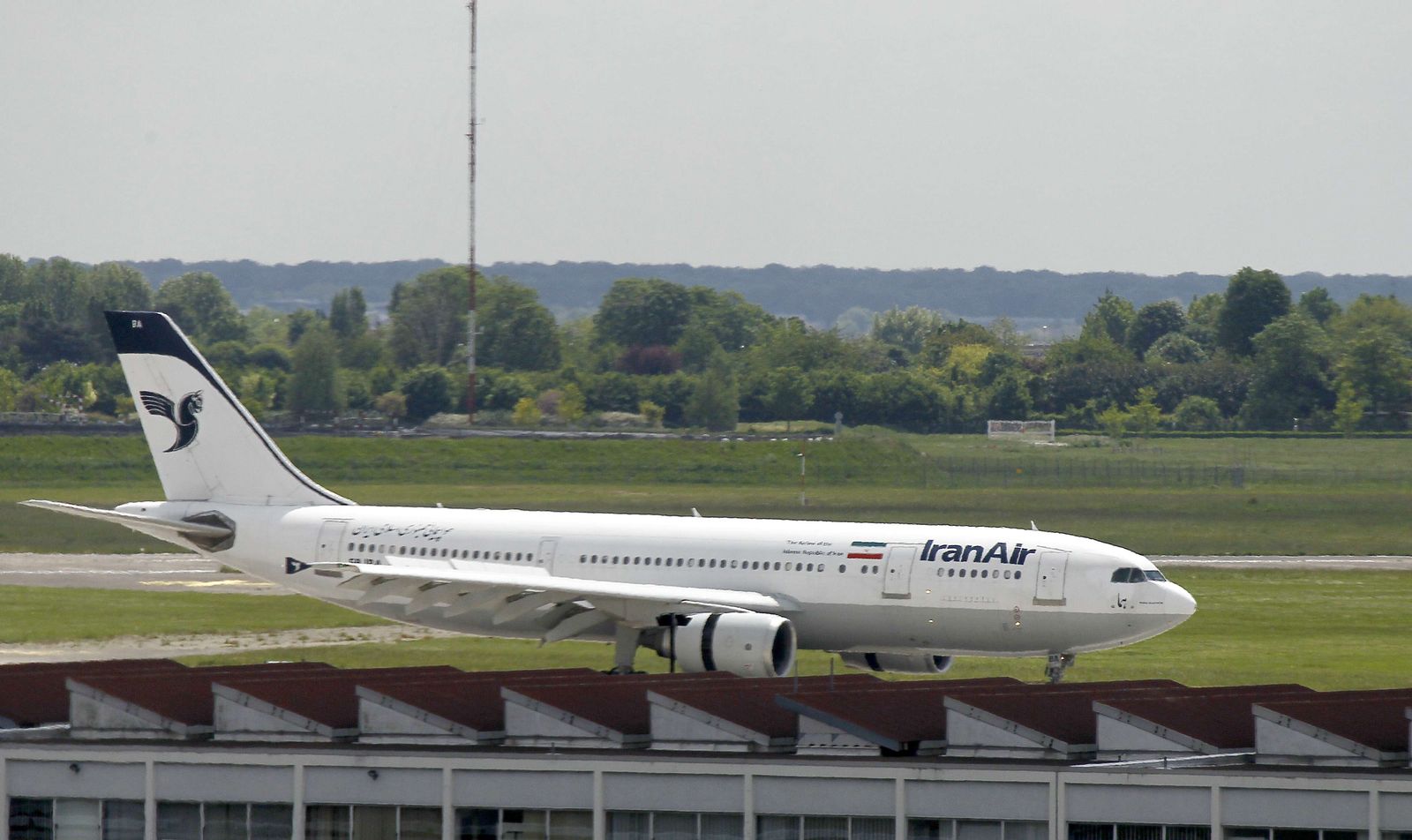 A file photo of an Iran Air plane at Orly Airport in Paris: With oil giants afraid to sell fuel to the airline, it is forced to conduct fuel stops on many of its flights from Europe.