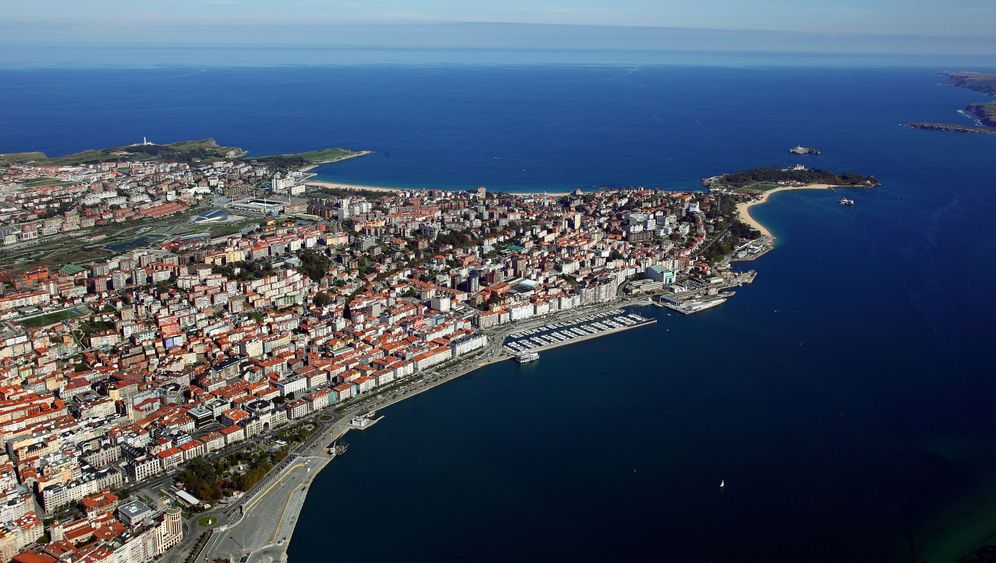 Cities all around the world have set the same goal for themselves. Amsterdam, Barcelona, Birmingham, Dubai, Helsinki, San Diego, Stockholm, Nanjing, Vienna, Yokohama -- they all share an aspiration to become "smart cities."

That sounds like an appealing aim, yet when urban planners try to explain more precisely how they plan to lead their cities into the digital future, their answers are less convincing, with each proposing a different plan. Despite the many symposiums that have been held on this subject, there is no consensus on how to pursue this ambition.

Essentially the only thing all parties can agree on is that "smart" cities will employ sensors, computers and smartphones, and they will implement new forms of city government, making administrative processes more transparent than ever before. The idea is that digital technology will help make urban living cleaner, more sustainable and more pleasant. And, of course, it should increase prosperity as well.

Amid this uncertainty, an old port city on Spain's Atlantic coast has surged to the forefront of those aspiring to be smart cities. Despite its cash-strapped finances, the city of Santander, birthplace of the major bank of the same name, is already quite smart.

"This is the future," Mayor Iñigo de la Serna, 42, of the conservative Partido Popular, declares proudly. "This is the only way to change things," he said, adding that every major city would eventually have to do the same. "It's not an option, it's obligatory."

The ocean waters are rough here in the springtime. Grand hotels and a high-end casino line the beach, where surfers in neoprene wetsuits launch themselves into waves meters high. In Spain, Santander has had a reputation for glamour ever since King Alfonso XIII chose the city as his summer residence almost 100 years ago.

Lately, though, curious visitors have been dropping in for another reason. Some come on behalf of major corporations such as Google, Microsoft or IBM. Recently, a delegation came from Japan and another flew in from Wuxi, China, a city with a population of several million. All of these visitors see Santander as a living experimental laboratory, a town that -- with its population of about 180,000 -- is neither too large nor too small to function as a smart city experiment.

Luis Muñoz, 48, is an IT professor at the University of Cantabria. He received nearly €9 million ($11.7 million) in research money, most of it from the EU, to develop a prototype smart city. Muñoz permanently installed 10,000 sensors around downtown Santander, throughout an area of 6 square kilometers (2.3 square miles). The sensors are hidden inside small gray boxes attached to street lamps, poles and building walls. Some are even buried beneath the asphalt of parking lots.

Day in and day out, these sensors measure more or less everything that can be measured: light, pressure, temperature, humidity, even the movements of cars and people.

Every couple of minutes, they transmit their data to Muñoz's laboratory at the university, the central location that collects data streams from throughout the city. Every single bus transmits its position, mileage and speed, as well as data from its environment, such as ozone or nitric oxide pollution levels. Taxis and police cars do the same. Even the people of Santander can choose to become human sensors themselves. All it takes is to download a special app for GPS-enabled cell phones.

A central computer compiles the data into one big picture that is constantly being updated. Santander is a digital city, and everything here gets recorded. The system knows exactly where the traffic jams are and where the air is bad. Noise and ozone maps show what parts of the city are exceeding EU limits. Things can get particularly interesting when a major street is blocked because of an accident. Muñoz can observe in real time how that event affects traffic in the rest of the city.

In the past, Mayor de la Serna sent out nightly patrols to check for street lamps that were out of order. Now, Muñoz's computer informs the city exactly where new light bulbs are needed. The lamps can even adjust their brightness as needed, dimming when there is no one on the street, and emitting less light during a full moon than on a rainy night.

In the Parque de las Llamas, too, sensors will soon help optimize the amount of watering done in the park, so that no water is wasted. And garbage collectors will eventually be able to avoid making unneeded trips, because sensors will inform them beforehand which garbage containers need emptying.

All of these things save some money, but they still don't make a city particularly smart. A truly smart city is one in which as many residents as possible can access this and other types of information effortlessly. Mayor de la Serna is particularly proud of his iPhone's new "Pulse of the City" app, which does just that, connecting Santanderinos to their city's data streams.

For example, someone waiting at a bus stop and wanting to know when the next bus will arrive needs only to start up the smartphone app and point the phone toward the bus stop. The phone immediately displays all bus lines that serve that stop, as well as their arrival times. Pointing the phone at the city's concert hall brings up the program of events over the next several days and weeks. A tourist holding a smartphone toward a downtown fountain learns when the fountain was built and by whom, while opening the app near a supermarket provides information on current special offers.

In the past, residents frustrated with potholes in Santander's streets called the city government or wrote a letter. Now it's enough just to open the "Pulse of the City" app and take a picture of the hole. One more click sends this digital damage report, complete with GPS data, straight to city hall.

From there, a computer forwards the information both to those who are responsible for the technical side of fixing the problem and to those who bear political responsibility for it -- a two-pronged approach that apparently increases the system's effectiveness. All of the data is made public, but the person who originally sent the complaint remains anonymous. City residents and local media can also use the app to follow how long it takes for the damage to be repaired. The city, of course, tries to act as quickly as possible.

Santanderinos have used the app to report more than 500 issues since "Pulse of the City" was launched about five months ago. "People's faith in this technology is growing," de la Serna says. In comparison, sending an email to a German city hall can seem like tossing a message in a bottle out to sea.

Next, Mayor de la Serna wants to air the city's secrets. Many types of information that were previously confidential or difficult to access will now be made public, including statistical data on demographic changes and real estate prices. Then the mayor wants to create a digital equivalent of a village square. The app "Ideas for All" -- something like Facebook but specifically for city residents -- will connect the city with its inhabitants. "We want to create a new, cooperative relationship between the people and the city government," de la Serna explains.

The mayor hopes this flood of data will inspire programmers to create more apps to make Santander even smarter. So far, there has been no resistance to the project. None of Muñoz's sensors have fallen prey to vandals. Taxi drivers initially feared the city wanted to use these sensors to carry out constant surveillance of the city, but that concern, de la Serna says, has long since given way to pride at being part of such a futuristic project, especially during a difficult economic period.

That pioneering spirit is apparently already paying off. The Spanish multinational company Ferrovial -- owner of, among other assets, London's Heathrow Airport -- has decided to invest in Santander and will build a smart city research center there. 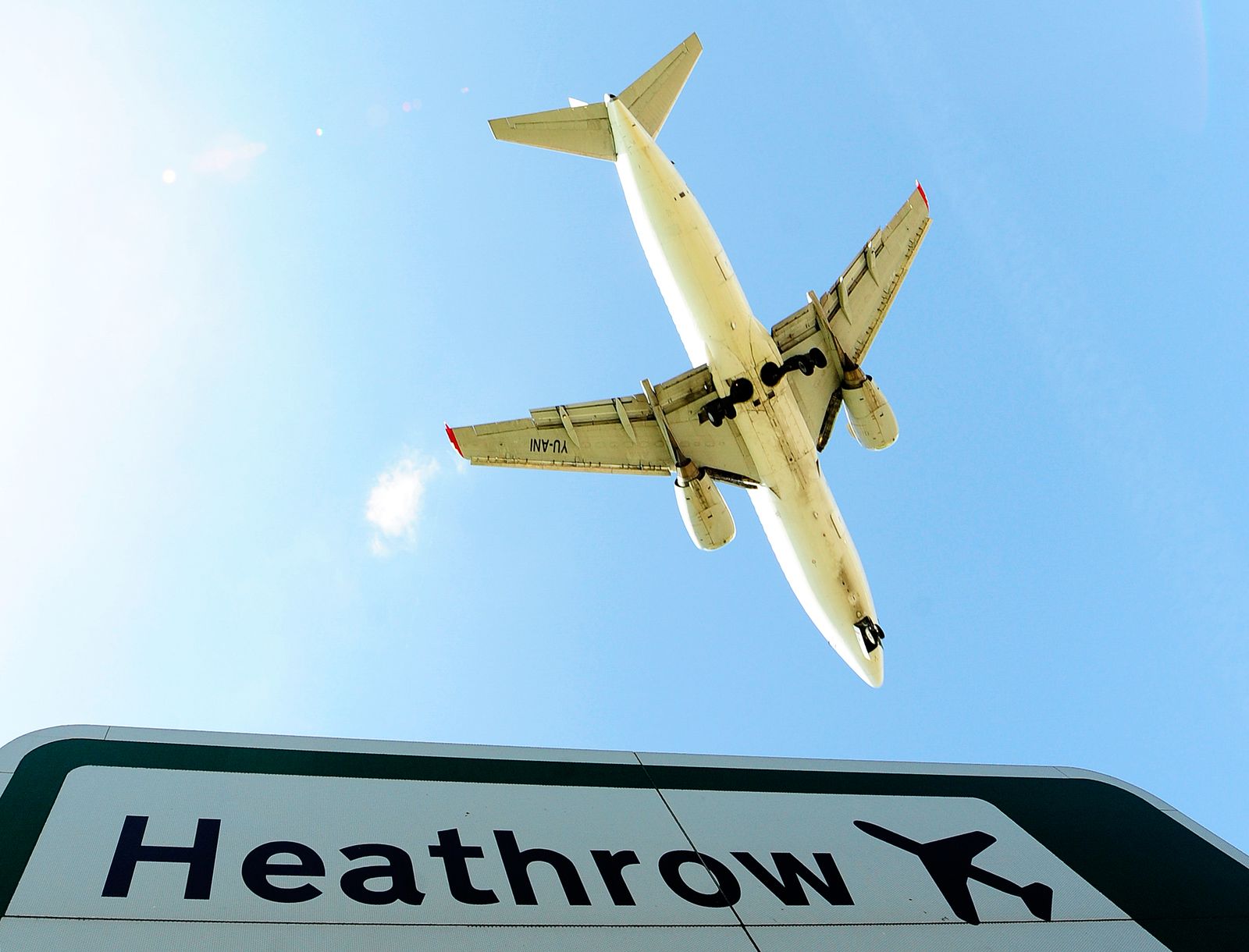 The Spanish multinational company Ferrovial --owner of, among other assets, London's Heathrow Airport -- has decided to invest in Santander and will build a smart city research center there.