On my January 2018 visit to Prince Bandar bin Sultan in his palace in Riyadh, he is lounging in an overstuffed, sand-colored armchair, smoking a cigar as thick as a tree branch. Bandar has a broad face with sparkling brown eyes, his dark hands contrast with the white thawb he is wearing along with sandals. His keeps his full beard trimmed short, but even though it has gone gray, it is still something of a trademark.

Bandar's fixes his gaze on two screens, each over one square meter (10 square feet) in size. One of them shows CNN while the other displays a dozen international channels simultaneously, broadcasting from Moscow, Washington, Beirut and Tripoli. This is Bandar's world -- and frequently, he himself is traveling to one of the places shown on the monitors.

In one way or another, the prince has been involved in almost every international crisis over the past four decades. Probably all of them. If there's a person who has an answer to my questions -- how the Cold War ended and extremism came to Afghanistan, why the Americans occupied Iraq and Syrian President Bashar Assad won the war -- then it's this veteran of the diplomatic front lines. Prince Bandar bin Sultan.

A businessman friend of his helped arrange the meeting.

At 2 p.m., a chauffeur picks me up from my apartment in Riyadh's city center in a black limousine. The journey to Bandar's palace, located just outside of Riyadh, takes 30 minutes. At the end of a long wall, heavy green gates open and the car slides into the grounds. It is a vast area and the palace is a labyrinth of marble corridors decorated with mosaics, handcrafted wooden doors, fountains, lights, flowers and verdant foliage.

At the time we meet in Riyadh, Prince Bandar is 68 years old, having spent 22 of those years serving as Saudi Arabia's ambassador to the United States. Until 2014, Bandar headed up the Saudi intelligence service before taking over leadership of the National Security Council. He has provided arms to rebels in South America, in Central Asia and, most recently, in Syria. Working on behalf of the king, he oversaw some of the largest arms deals of all time. At times, he even wound up negotiating the peace settlement of an insurgency he himself had instigated.

We speak for four hours, a blink of an eye in this breathtaking life. By the end, I have a much better understanding of how Prince Bandar managed to put these two systems -- the one in Riyadh and the one in Washington -- which are so contradictory, essentially irreconcilable, into a kind of permanent mutual enchantment. Not unlike a young married couple where both actually wish they had a different partner and yet pretend to be in love, drunk on an exorbitant dowry that gets bigger every time the relationship grows rocky.

That image of an unequal couple applies at the very least to the time that Bandar spent in Washington, where one president after the other succumbed to his courtship. Even after the Sept. 11, 2001 terror attacks in the U.S., even after it became apparent that 15 of the 19 attackers came from Saudi Arabia, Bandar -- who was educated in the U.S. -- managed to give the impression that his country was on the same side of the front lines as America.

"I did as many favors for the Americans as I could when I did not need them, so that they would owe me a favor when I did need them," Prince Bandar says. The diplomat blows thick clouds of smoke from the Cuban cigar into the air as he explains his strategy for success with me.

People who have encountered Prince Bandar describe him as a dazzling figure: They say he is attentive and kind, loyal and funny, but also smart. They say he approaches his work with charm and passion and that he's a brilliant negotiator. When it comes to money, and this is often the case in Bandar's dealings, they say his checks never bounce.

But it is also said that Badar is a dangerous manipulator who can be threatening, brutal and even destructive in tending to his master's needs. It's a characterization even he might be pleased with.

I have spent almost 20 years writing about crises and wars around the world. My work has taken me to the Balkans, Central Asia, Africa and the Middle East. Those reporting on Islamist combat groups in such places will repeatedly stumble across indications that "the Saudis" have provided funding, sent weapons or "bought" politicians. But the shadowy actors from the Gulf never make public appearances. Emissaries like Prince Bandar aren't bound to any parliament and report only to the king in Riyadh. They operate in a gray area between diplomacy and intelligence, outside any protocol and under the radar of the global awareness. But their money, their connections and their interests flow everywhere.

Even in his master's thesis on international relations at Johns Hopkins University in Washington, D.C., Bandar indicated his agreement with the ideas of Italian government philosopher Niccolò Machiavelli, according to which actors should not be held accountable for the moral costs of actions that benefit the common good. One could also say that good and evil do not exist in Bandar's mind -- only the mission.

Prince Bandar's mission was quite clear when King Fahd sent the former fighter pilot to Washington as his envoy in 1983. The aim was to win over the Americans as a reliable protective power for the kingdom and to deeply anchor this alliance.

"The U.S. is our most important ally as well as our greatest threat," King Fahd, his uncle, is said to have told him.

"Why a threat?" I ask. "Because you can't really trust them and they might very well attack you tomorrow, like Saddam Hussein," Bandar explains. Anyone wanting to learn how global politics are conducted in the Middle East will find a good teacher in Prince Bandar bin Sultan.

Saudi Arabia became a rich country during the 1970s, but it remains vulnerable. Even though the Saudi weapons arsenal largely consists of cutting-edge Western technology, the royal army alone could hardly ward off a larger attack. And without the Americans' support, the military is almost useless. When a Saudi F-15 fighter jet takes off from King Khalid Air Base in southwest Saudi Arabia for a sortie over Yemen, the aircraft and the bombs come from the U.S. American mechanics maintain the fighter jet and carry out repairs on the ground. And American technicians also update targeting software and other encrypted technologies, which the Saudis aren't even allowed to touch. The pilot has also likely been trained by the United States Air Force.

The Saudi kingdom can only really continue to feel safe as long as the world's largest military power goes on backing the regime. The glue holding this unequal relationship together is co-dependence: the trade of cheap oil in exchange for weapons and military protection. Oil-rich Saudi Arabia is the main reason cars are able to drive, machines can be operated and apartments kept warm in the winter in the West. In return, Riyadh enjoys the security alliance with the U.S.

But fossil fuels like oil are rapidly losing importance. Fracking has made the U.S. less dependent on foreign oil production. The oil price is persistently low.

The link that has held the two powers together for decades is still there, but it is no longer as strong as it used to be. Suddenly, it has become a lot harder to see past the contradictions in the relationship, even though they have existed for quite some time. Meanwhile, many in Washington, London, Paris and Berlin are now asking a vitally important question: Does this partnership still make sense?

This article has been excerpted from Susanne Koelbl's newly released DER SPIEGEL book "12 Weeks in Riyadh: Between a Dictatorship and a New Beginning," which has been published by DVA.
Mehr lesen über
Saudi Arabia United States 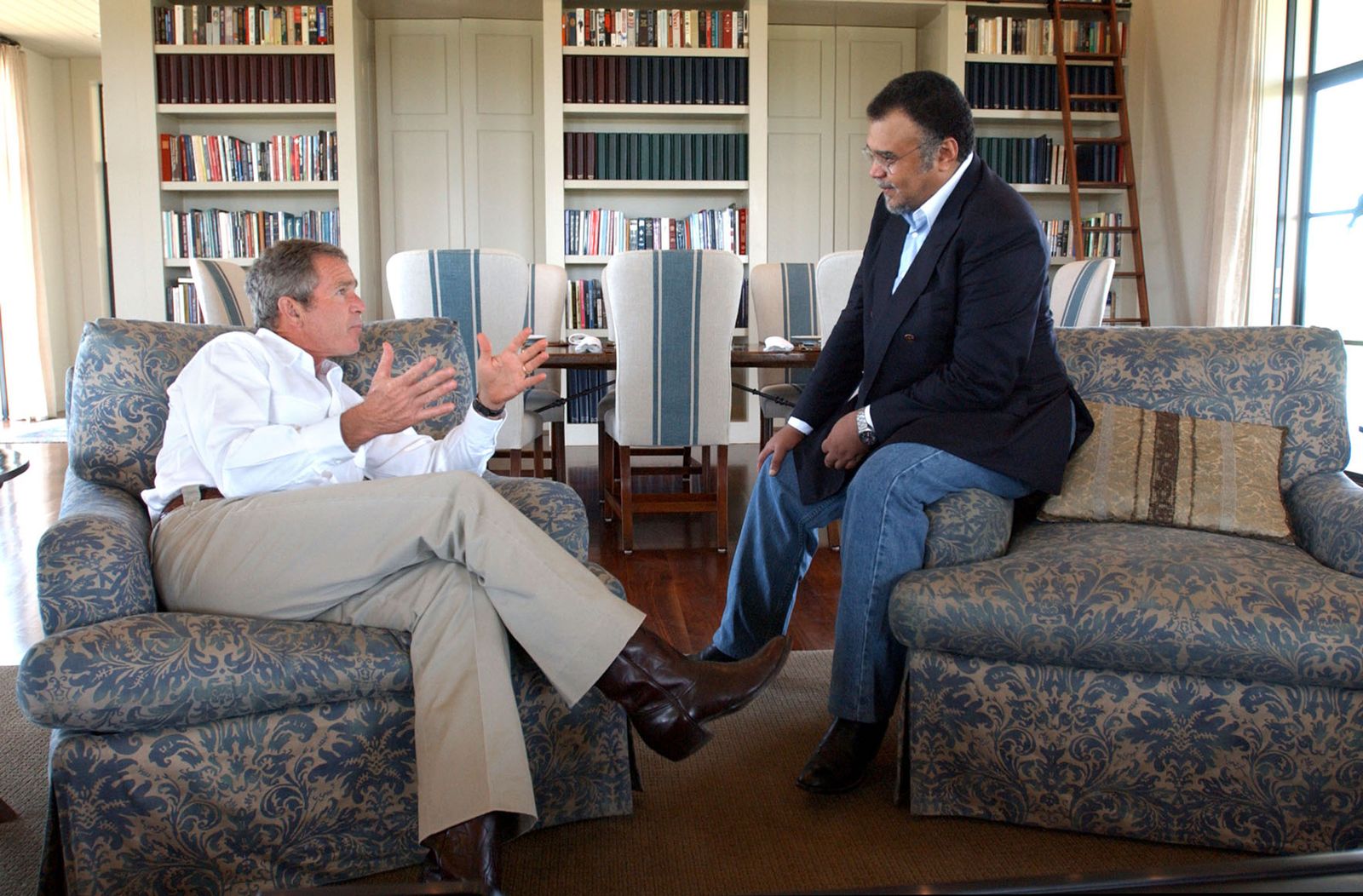 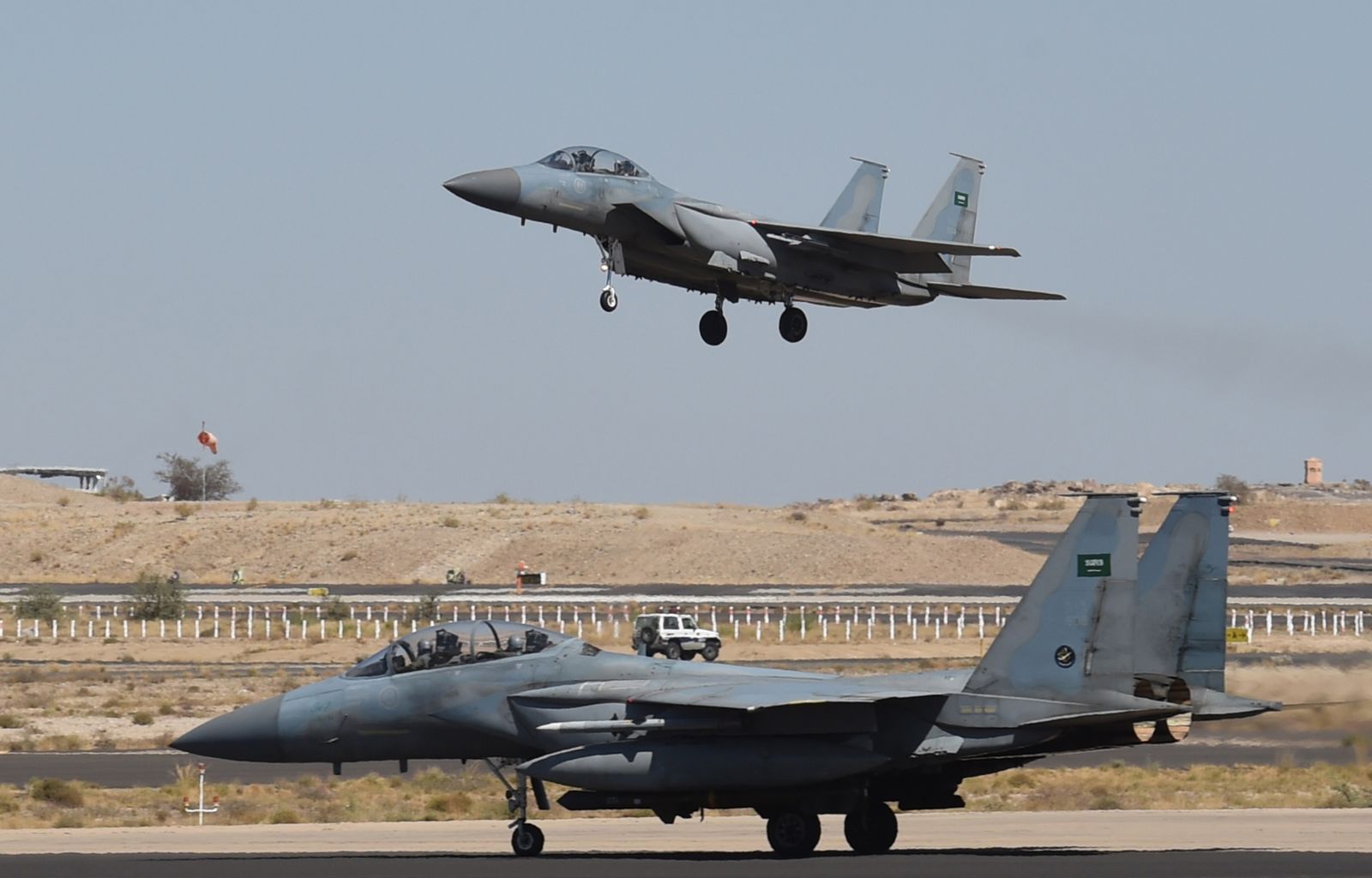 A Saudi F-15 fighter lands at the Khamis Mushayt military airbase, some 880 kilometers from the capital Riyadh, as the Saudi army conducts operations over Yemen.