Two days prior to his arrest in early November, Prince Al-Waleed bin Talal sent me a long text message reprimanding me for op-eds I'd written for the Washington Post and the Financial Times. In those pieces, I had dared to criticize Crown Prince Mohammad bin Salman for, well, making arrests!

Al-Waleed, a billionaire investor and hotel owner, is a nephew of the Saudi king and he was my boss when I was head of the Al-Arab news channel, which he funded. After three years of development, we launched from Manama, Bahrain in February 2015 - but we were only on air for 11 hours before the Bahraini government shut us down. Why? Likely because we gave just as much airtime to a Shiite activist and politician as we did to the Sunni government.

I had heard from Al-Waleed less frequently in the 12 months prior to his arrest, though that wasn't much of a surprise. I'd been banned from writing my column in the Saudi Arabian daily Al-Watan and, more recently, blacklisted by the pan-Arab paper Al-Hayat, which is likewise under Saudi ownership. I had also been told to stay off Twitter after I was repeatedly critical of the government's decision to embrace U.S. President Donald Trump.

I've been repeatedly asked: "Who was it who told you?" The answer is government officials and their allies. And their message is clear, one well known to those of us who have crossed the line before: You either cease and desist or risk the consequences. First you are unable to travel. Then comes house arrest. And then perhaps even jail.

From the decades I have spent crossing that line, I know from experience that there is now no distance between the official government position and what we as citizens are allowed to say. We had far greater latitude in the past - not quite free speech, but also not a demand for total, blind obedience. And often, it wasn't the leadership that had a problem with what we wrote or said, but the Ulama, the religious leadership, which is far more sensitive.

Now, though, it is the government that has no tolerance for any form of criticism, whether it is political satire of the kind practiced by now-jailed businessman Jamil Farsi, or demands for democracy and greater tolerance from well-known religious leader Salman Al-Ouda, who was detained in September. Ever since Mohammad bin Salman, often referred to simply as MbS, has been crown prince, retribution has been swift and sudden. So when I was warned, I backed off. I became mute, but not deaf - and since then, I have grown more and more concerned.

Al-Waleed keeping his distance didn't bother me. His message, sent literally 48 hours before his own arrest, could not have been more supportive of MbS. Al-Waleed encouraged me to back the crown prince's project: "The fourth Saudi state is being built under the leadership of my brother, Prince Mohammad bin Salman, and our country needs sharp minds like yours. You must come back and share it with us."

Before I had a chance to reply, he was arrested, along with 10 additional princes and several dozen officials, for corruption, bribery and money laundering. The detentions dominated the headlines, but they were far from the only ones. In the past three months, more than 70 notable intellectuals, businessmen and clerics have been jailed on charges that were clearly designed to quiet any form of criticism. Most of them are unknown outside of Saudi Arabia, unlike those "imprisoned" in the Ritz-Carlton in Riyadh. Most are not radicals; many support the reforms, including allowing women to drive.

An online campaign launched by a senior official in the royal court named Saud Al-Qahtani has the aim of blacklisting such people. He has called on Saudis to denounce each other and his campaign even has a Twitter hashtag. It is a despicable effort, not unlike what the Stasi secret police did in East Germany. Indeed, you only hear voices anymore that are favorably of MbS - because nobody else dares to speak publicly.

What's happening in Riyadh today is sweeping change that could, in fact, produce a more equitable system of governance. That, though, is not what has occurred, at least not yet. Instead, we have in MbS a supreme leader who isn't even the actual head of state yet, but who has, by way of his wave of arrests, assumed absolute power - both civilian and military.

A friend called me a few weeks ago and asked me why I was so critical of MbS given his vision and the country's hunger for change. I asked why it wasn't also possible to express oneself, as we used to do. I was also told by a Western-educated Saudi who is part of the MbS power structure that we have to tolerate the arrests as a necessary side effect of the larger goal: reform and prosperity.

Really? Do I really have to watch friends be arrested for no greater crime than speaking their minds? Must I proclaim that all actions of the government are good and noble? What century do we want to live in? The 21st or the 17th?

In 2011, after Tunisian street vendor Mohammed Bouazizi set himself on fire, hundreds of millions of Arabs rose up. They wanted jobs, yes, but they also demanded to be heard, not silenced. Jobs without a voice: that may be Chinese President Xi Jinping's model. But I, along with most Arabs, prefer the model of Angela Merkel. I hear from young people that that they are deeply troubled with how MbS has been acting. They want to see change, but they also want to be part of the process of bringing it about. Agency, taking initiative and having a voice is important to them.

My country has not seen this level of paranoia since 1979. MbS is not merely trying to succeed his father, he is trying to present himself as the equal of King Abdulaziz Al-Saud, the country's first king and founder. His supporters are even calling MbS the country's "second founder." When he enters a conference or a meeting, he always walks in alone with everyone else following behind. He is only ever shown in pictures with his father, the 81-year-old King Salman, without whose support, MbS would be unable to continue his daring - some might say dangerous - ventures.

While MbS has upended royal protocol, he has kept basic elements of the country's patronage system intact. When he was named crown prince in June, pushing aside his cousin Mohammed bin Nayef in the process, he appointed more than 40 young royals to various positions. Prior to that, when he was deputy crown prince, he had already made 30 appointments. In doing so, MbS made sure that they represented all branches of the family. And these people are his acolytes, not his partners, and likely regard him with considerable trepidation, not wanting to displease or offend him. If they behave, if they are viewed as steadfast allies, they may advance to an even higher position. These young princes are another sign of change; they are now controlling levers of power that used to be reserved for more senior family members.

Absolute power, however, is the wrong path, no matter how smart the ruler, how sincere his reform path and how much the country is yearning for salvation. We Arabs have had bad experiences with seemingly sincere patriotic leaders who all-too-quickly morph into dictators. Most of our suffering, predicaments, defeats and civil wars started because of these leaders.

The campaign to end corruption may be underway, but it is more like chopping off one of Medusa's head as another grows in its place. I want a real war on corruption, not one that is selective - which only succeeds in rattling investor confidence and wrecking the economy. I want to stop radicalism, but I do not want to replace religious fanatics with fascists that extol the virtues of the "Great Leader" and ruthlessly quash dissent. I want my country to confront and stop Iran's sectarian expansionism in Syria, Yemen and Lebanon, but without risking an open war that could destroy both countries. I want Saudi Arabia to be assertive and influential in the region, but without bullying small states.

We need to embrace the spirit of the Arab Spring instead of fighting against it.

Jamal Kashoggi was born in Medina in 1958. He is a well known as a journalist and for his political commentary. He has now left Saudi Arabia and lives in the United States. 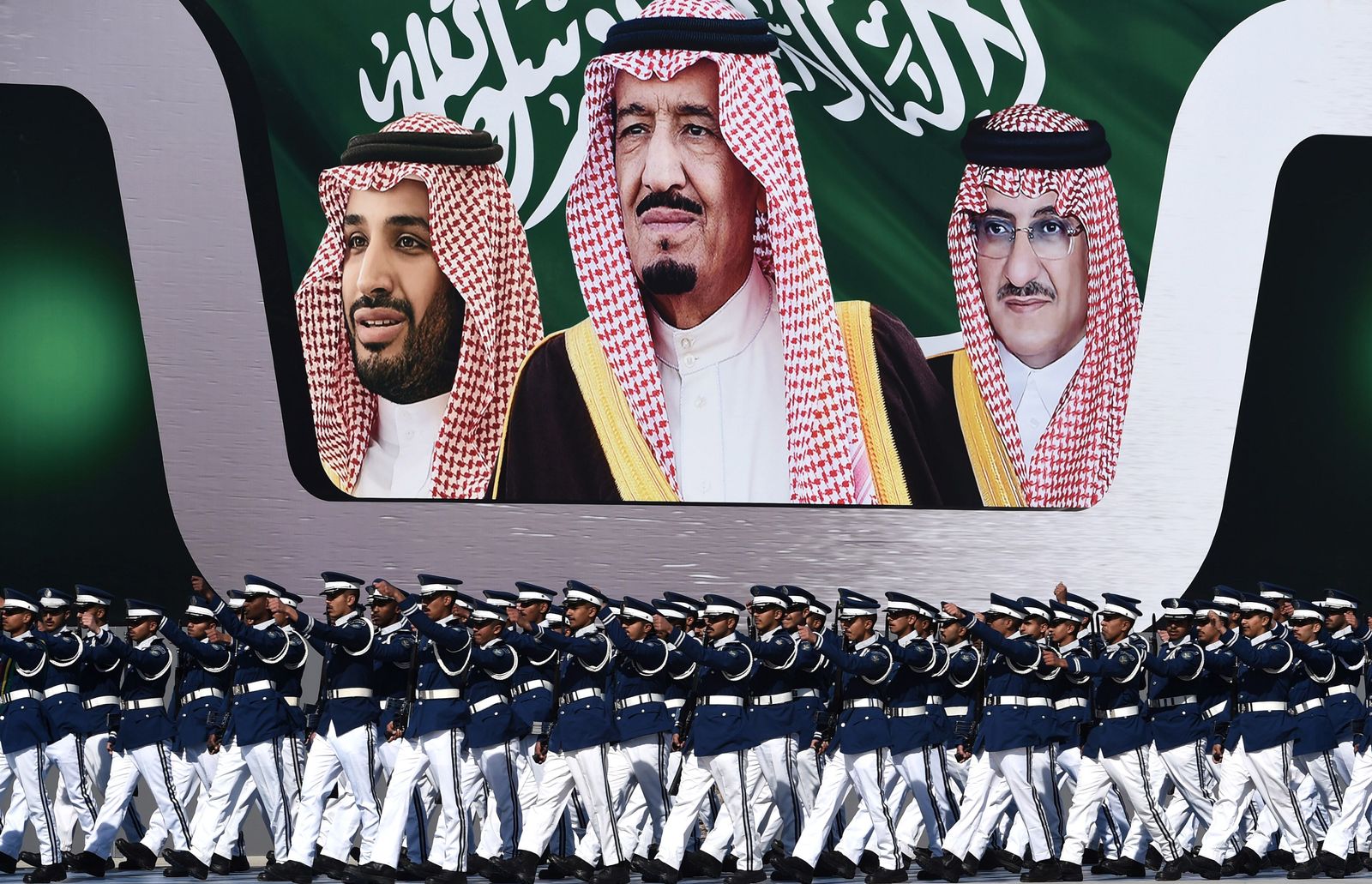