Mohammed Hasan Alwan, 38, was born in Riyadh, Saudi Arabia, but now calls Toronto home. He's the author of five novels and is the recipient of this year's $50,000 International Prize for Arabic Fiction in for his latest novel, "A Small Death." The book tells a fictional account of the life of Sufi saint Muhyiddin Ibn 'Arabi, who was born in Muslim Spain in the 12th century and died in Damascus.

SPIEGEL: How did Ibn 'Arabi change the world?

Alwan: Beyond Islam, he has left behind a philosophy that has been described variously as open-minded and tolerant. It is said that it makes all religions equal, and idolizes woman. He is a scholar whom most Sufis refer to as the ''Great Master.'' The thoughts and ideas of Ibn 'Arabi, however, traveled beyond the circles of Sufism to inspire and sometimes upset a wider realm of knowledge-seekers around the world and throughout history. The universal ideas underlying his thinking, which are broadly concerned with divine reality and the human being's experience of it, are considered immediately relevant today.

SPIEGEL: Why did an author from the holy land of Saudi Arabia, which ascribes to the Salafi school of thoughts, choose to write about the most important Sufi master, someone whose teachings are almost contradictory to what is heard in the mosques of Riyadh?

Alwan: The Salafi school of thought is dominant enough that other branches of Islam, except Shia, are almost nonexistent. So, it is not really a taboo to write about a prominent figure of Sufism. Since it was published, my novel has been available legally and widely in Saudi bookstores.

SPIEGEL: Isn't a clash between these religious views inevitable?

Alwan: I think it is completely avoidable if we have the political determination to create a positive state of coexistence. The problem is that, in some places, politicians choose to deliberately do the opposite for mere political gains. Religions, all religions, are connected to each other by a hidden thread of wisdom and love. Any clash between them is mainly the result of ignorance and greed. Religions are used to wage wars because they have a strong effect on us, but they are not the inherent reasons behind these wars.

SPIEGEL: Was Ibn 'Arabi a liberal?

Alwan: He preached about tolerance and love. He was also involved in a famous love story with Nizam in Mecca, that we believe left a lasting impact on his life. He was always close to the political elite of any place he went and we never heard of him taking a political position.

SPIEGEL: What was your personal interest in the story?

Alwan: Ibn 'Arabi writes that "existence begins with movement." He himself was a great traveler. Ibn 'Arabi coupled his travel with a great wisdom that he accumulated over time. He traveled across the Islamic world, from Spain to Azerbaijan, passing through dozens of cities and living under the rule of five Islamic states that divided the Islamic world: Almohad in Iberia and Morocco, Ayyubid in Egypt and Syria, Sharifate of Mecca, Abbasid in Iraq and Seljuq in Central Asia. The combination of travel and wisdom is hard for me to resist. I therefore decided to bridge the knowledge gap about his personal life by using my imagination. Only fiction can pick up what history has ignored.

SPIEGEL: How did your research on Sufism change your own perspective on life and religion?

Alwan: It has made me more flexible in accepting truth and wisdom from sources that I have not trusted before. My upbringing and education has shaped my way of thinking, that logic was the only judge of truth. Although logic is a great tool for verifying facts, we as humans are given other tools to sense, detect and feel the truth that is beyond the strict calculations of the brain.

SPIEGEL: What is your take on the future of your homeland? Will Saudi Arabia stick with its strict religious path or will it open a discussion about core religious issues?

Alwan: Such discussions are already taking place within the expected boundaries of its evolutionary path. Although Saudis live in a land where some of the most ancient civilizations have lived, the country itself is relatively young. Politically speaking, the country is eight decades old, and Saudi Arabia's mainly young population makes it a place to watch in the coming years. It might become a totally different country. This, in large part, is why the recent announcement of the Saudi Vision 2030 has gained huge support from the youth, especially because of the promises of change that it contains.

SPIEGEL: Do you believe Saudi society is moving forward when it comes to liberties and religious interpretations?

Alwan: Yes, and this openness has been evident lately, reflected in the changes the society has gone through in the last 15 years. Anyone who has frequently been to Saudi Arabia can feel that the people are going through a healthy cycle of societal change. 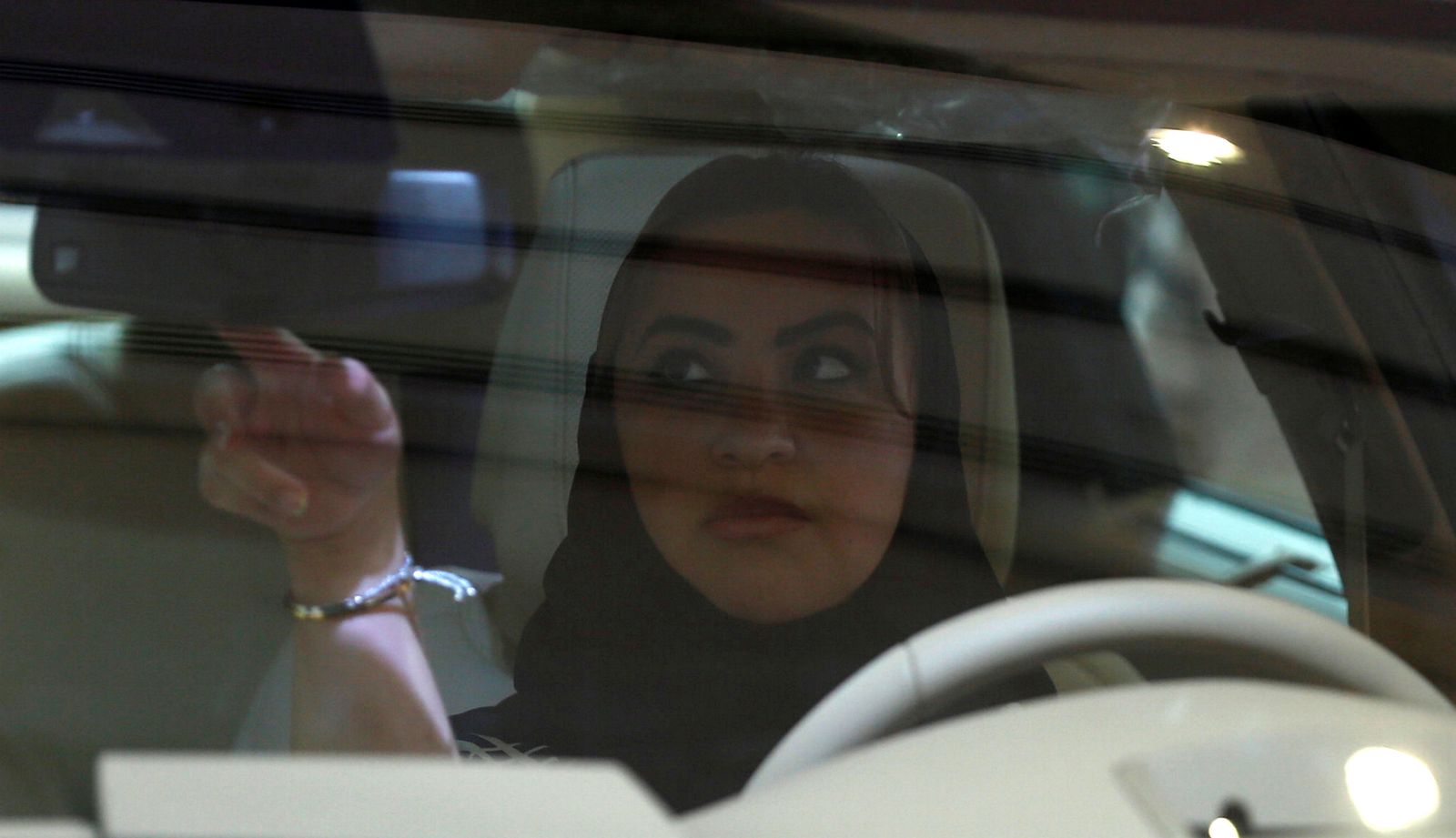 A Saudi woman examines a car in a showroom: "A healthy cycle of societal change." 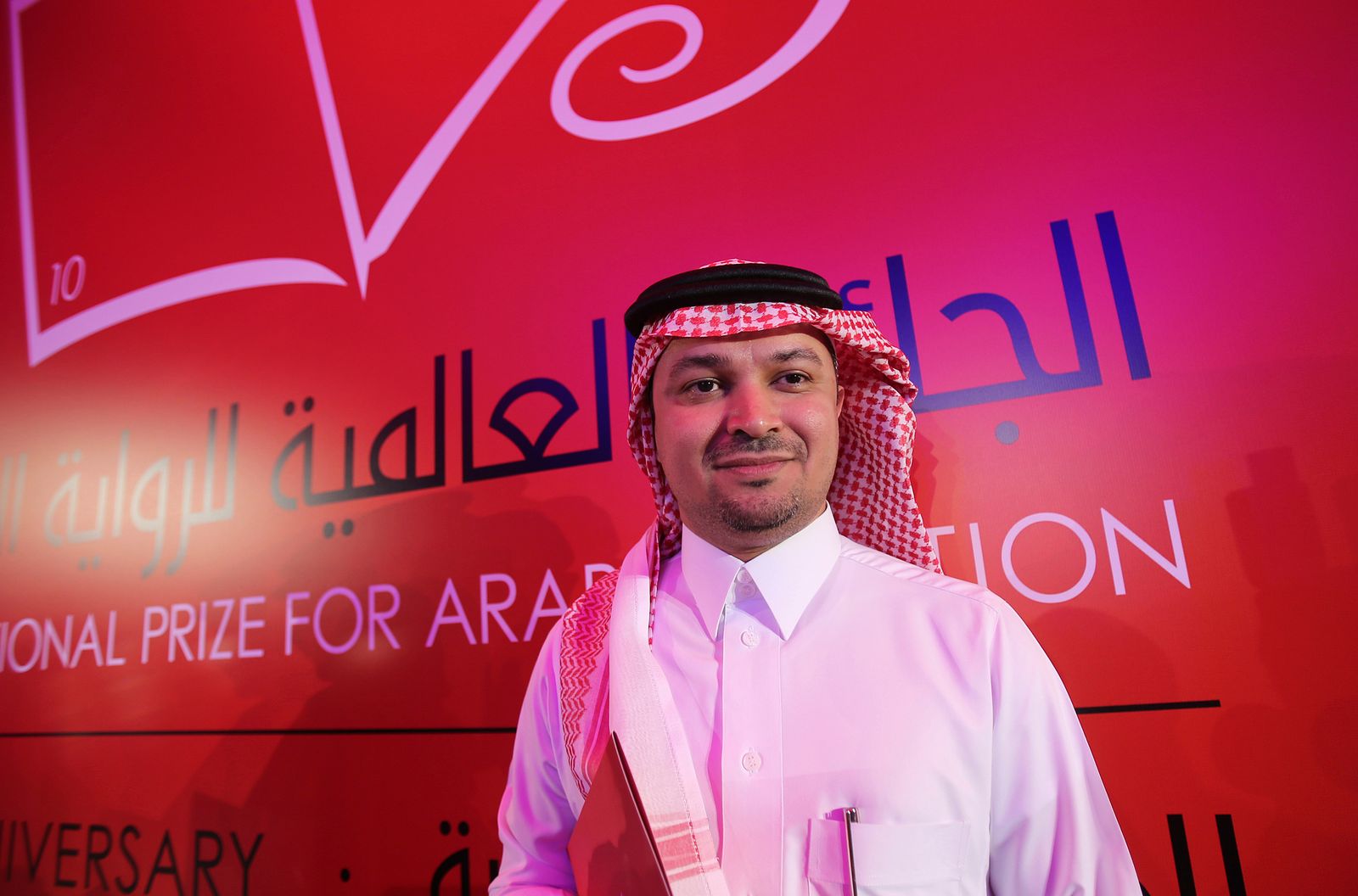