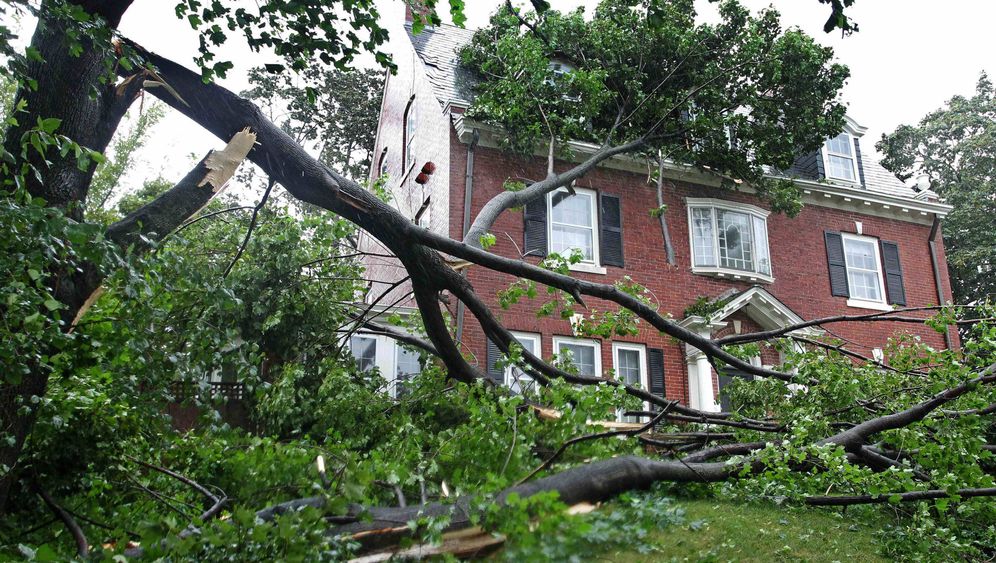 Insurance companies have long been in the business of betting on the dangers of weather. And it has become commonplace for large insurance companies to mail out marketing flyers to potential customers warning of an increase in inclement weather. German global insurance giant Allianz is one of many companies that have created a market for policies that "reduce the risks associated with climate change."

Meanwhile, Munich Re, the world's largest re-insurer of insurance companies in the event of extreme damage payments, has also announced an important finding: Natural disasters over the past 30 years have already shown the initial "footprint" of man-made climate change in North America, the German company claims. Many media outlets promptly ran last week's press release as news, stating that a prominent insurance company had warned of an increase in the number of natural disasters. But scientists have criticized the re-insurer for rushing to reach its conclusions.

The truth is that the United Nations Intergovernmental Panel on Climate Change (IPCC) has in fact been warning of an increase in heat waves, torrential rains and floods. But in most cases, it has not been proven that climate change has made the weather any more extreme. In some instances there are facts to suggest this, but in most these conclusions are driven by perceptions. It is not a foregone conclusion that things will necessarily get worse. According to an IPCC report, there may be fewer cold weather disasters and storms in the future in some places.

Most Disaster Premiums Come from the US

Although it is considered a fact that humans are warming the climate through emissions, when it comes to assessments about extreme weather, the experts at the UN climate council are reserved. They argue that it could take decades before the new climate is palpable. With all the natural fluctuations in the climate, it generally only becomes apparent in the later stages that the frequency of extreme conditions is increasing. By then, of course, it may also be too late to limit climate change.

The main problem is the rarity of extreme events -- and a lack of data about them. That alone makes it difficult to assess the situation. Vast amounts of data are required in order to determine whether an increasing greenhouse gas effect has already changed the frequency of extreme weather in past decades.

But Munich Re appears to feel it is in the best position to provide such answers. The company, whose most important market is in the United States, claims to have the "world's most comprehensive database on natural disasters."

"Well over half of the natural disaster premiums come from the USA," says Munich Re board member Peter Röder, who is responsible for the North American market.

'A Strong Chain of Evidence'

And new data from Munich Re also seems to support this strategy. Since 1980, the property damage caused by weather disasters has quintupled, Munich Re has reported. "Nowhere in the world is the rising number of natural catastrophes more evident than in North America," said Munich Re's head of GeoRisk Research, Peter Höppe, in a company video. "Previously, there had not been such a strong chain of evidence."

But scientists claim there is a lack of evidence. "The press release suggests that a 'footprint' of climate change has been found in loss data," said environmental researcher Roger Pielke Jr. of the University of Colorado in Boulder. "But the report has no such claims."

Clifford Mass, a professor of atmospheric sciences at the University of Washington in Seattle, added: "Most of it makes no sense and is contradictory to observed trends."

According to the Munich Re study, total damages from weather-related disasters in North America from 1980 to 2011 amounted to $1.6 trillion, of which $510 billion was covered by insurance. Around 30,000 people died. The most expensive disaster so far was Hurricane Katrina in New Orleans in 2005.

Höppe believes that the warming of oceans has precipitated hurricanes. "The higher the (sea) surface temperatures are, the higher the risk of high-intensity hurricanes. We have seen globally, but also in the northern Atlantic Ocean, that these sea surface temperatures have increased significantly already due to global warming," he added in the video. Of course, other forces can also hinder tropical cyclones, including wind shears and dust clouds.

The Mystery of Tropical Cyclones

In order to determine whether hurricanes have, in fact, grown more dangerous or whether there are merely more housing units that have been affected by them, researchers have to find a way to make the storms of past decades comparable to one another. They calculate the effect hurricanes would have had if the number of housing units had been as dense then as it is today.

One of these studies, completed by Pielke four years ago, came to a surprising conclusion. If the same number of housing units had been built at the time, then the most damaging single storm would have been the Great Miami hurricane of 1926 , followed by Katrina in 2005 and two hurricanes in Galveston, Texas, in 1900 and 1915. The report did not find any trend in increasing intensity in hurricanes.

Pielke and two other colleagues are also set to present similarly surprising findings in an upcoming study on tornadoes in the United States that will soon be published by the journal Environmental Hazards. An analysis of 56,457 tornadoes since 1950 has shown if the same number of housing units had existed over the past six decades, then the amount of damage caused by tornadoes actually would have gone down, according to Pielke.

In light of these contradictions, other statements in the Munich Re study also seem doubtful. Storms and heavy rain have increased in many parts of the inland US, the re-insurer writes, referring to a three-year-old study from Cornell University. But for an "initial climate change footprint," this source is already far too old.

The development corresponds to expectations, the insurer says. Warm air holds more moisture, which can potentially be released by stronger storms, a phenomenon that the IPCC also predicts will bring more heavy rains.

Scientists say they can prove that a stronger greenhouse effect has created heavier rain in the United Kingdom, but what happens in any given region still depends on the local atmospheric conditions. Naturally, no climate insurance premium would be limited by such considerations though.

Pielke criticizes Munich Re for its approach. "If Munich Re believes it has found the footprint of human-caused climate change in disaster data, then they should prepare a scientific paper and send it to Science or Nature, where it would be a major finding," he says. "Releasing such claims via promotional press release suggests otherwise."

Atmospheric researcher Mass agrees. "Climate change is serious, but hyping and distorting past trends is not the responsible way to deal with it."

So far, Pielke says, scientists have been unable to identify man-made climate change in catastrophe damage data. There also doesn't seem to be a trend toward stronger heatwaves in the US, despite this summer's drought. Indeed, the data shows that droughts in the US have become shorter and less frequent in the last decades.

The scientific journal Nature recently underlined the weather problem in an editorial. Given the technical difficulties, perhaps it doesn't make sense to automatically lump these problems together with climate change, it says. "Especially in poor countries, the losses arising from extreme weather have often as much to do with poverty, poor health and government corruption as with a change in climate."

These kind of statements are likely to be welcomed by insurers, but not by scientists or the general public. A statement once made by the recently deceased Austrian climate researcher Reinhard Böhm seems appropriate: "One shouldn't allow short-term gimmicks that enjoy a certain acceptance to bury the credibility of science." 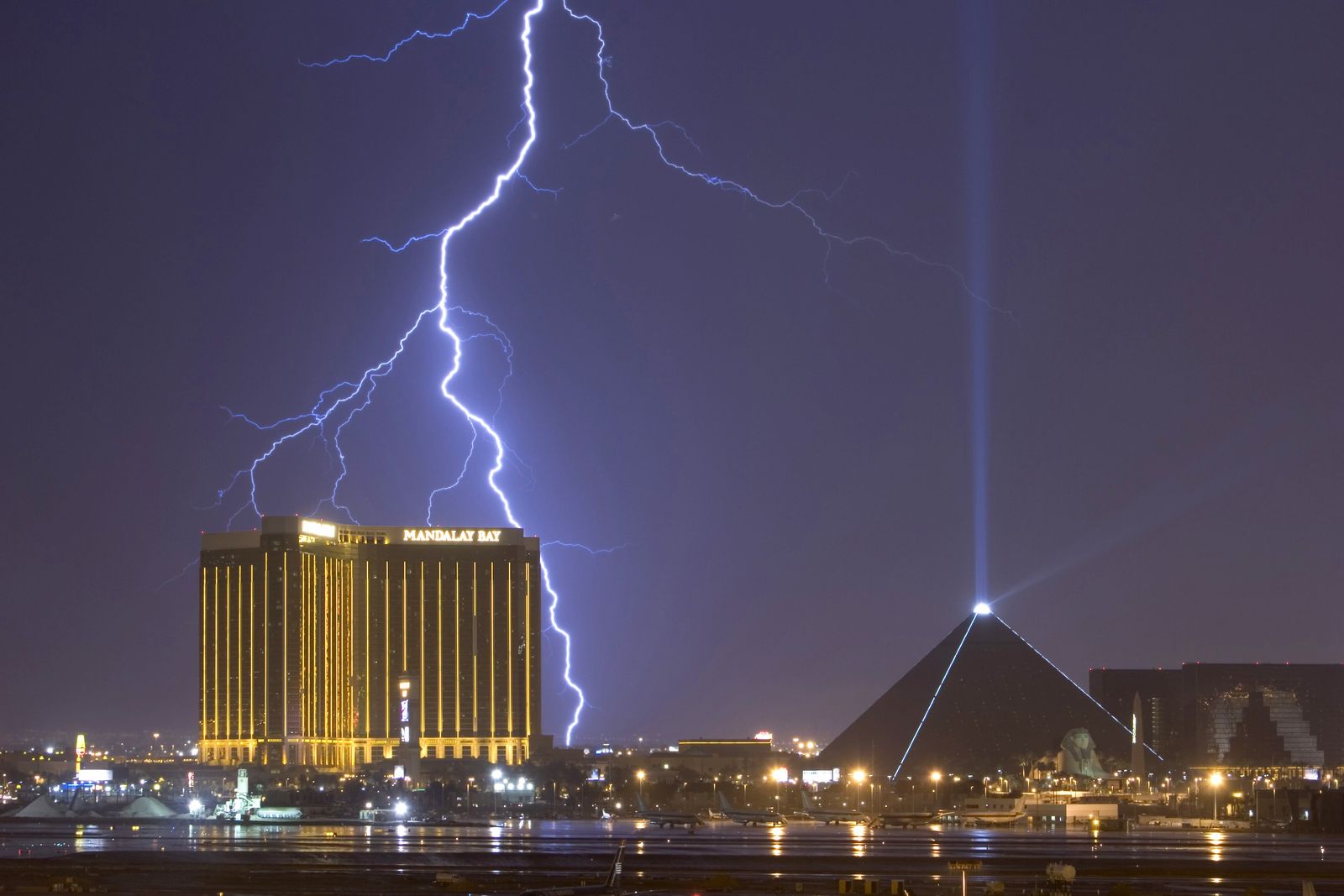 The United Nations Intergovernmental Panel on Climate Change (IPCC)is also very conservative in its assessments about extreme weather, although it is warning of an increase in heat waves, torrential rains and floods.