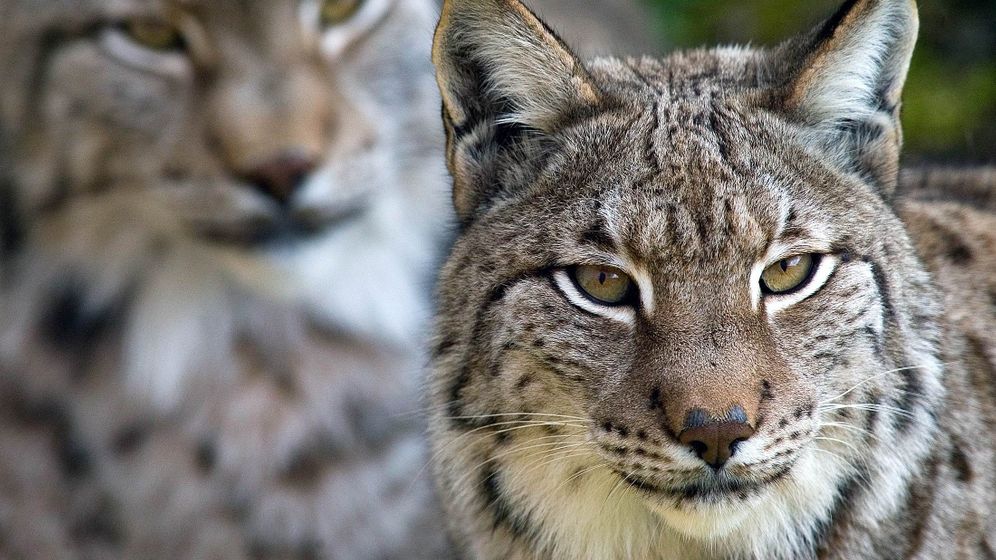 A number of times each week, Martha Gómez creates new life. Today, she has set out to produce a South African black-footed cat. Using a razor-thin hollow needle under a microscope, the veterinarian injects a body cell from the endangered species into an enucleated egg cell taken from a house cat. Then she applies an electric current.

"Nine volts of alternating current for five microseconds, then 21 volts of direct current for 35 microseconds," says Gómez. Zap! The egg cell rapidly flexes from the electric surges. It bubbles inside the cell. Then everything is calm.

"I will check in half an hour if the cells have fused properly," says the researcher from the Audubon Center for Research of Endangered Species in New Orleans. The very next day, the cloned embryos will be implanted into the uterus of a common domestic house cat, which will serve as a surrogate mother for a foreign species.

Biotechnicians like Gómez are hoping for a new era of wildlife conservation. In a bid to save endangered species, they tear down biological barriers and create embryos that contain cell material from two different species of mammals. Iberian lynxes, tigers, Ethiopian wolves and panda bears could all soon be carried to term by related surrogate mothers, and thus saved for future generations.

"Interspecies cloning is an amazing tool to ensure that an endangered species carries on," says Gómez. "We can't wait until those species have disappeared."

The world's first surrogate mother of a cloned animal from another species had udders and was named Bessie. In early 2001, the cow delivered a gaur via cesarean section in the United States. The endangered wild ox calf, native to Southeast Asia, had been cloned by the US company Advanced Cell Technology. But the gaur lived only briefly, dying of common dysentery within 48 hours of birth.

Since then, researchers have made dozens of attempts at interspecies cloning -- but with limited success. Whenever animals were brought into the world alive, they usually died shortly thereafter.

In 2009, for instance, biotechnicians managed to clone a Pyrenean ibex. The egg was donated by a common domesticated goat. After the birth, the kid desperately gasped for air. Seven minutes later, it was dead.

Many cloning experiments end this way. Geneticists have so far only been able to speculate on the reasons, but the string of failures actually tends to spur researchers to continue. Gómez, for instance, has specialized in cloning wildcats -- and has been quite successful. Cloned African wildcats Ditteaux, Miles and Otis are living in enclosures at the Audubon Center animal facility, and snarl at anyone who approaches them. "They are doing perfectly fine," says Gómez.

In addition to African wildcats, the researcher has created embryos for sand cats, black-footed cats and rusty-spotted cats. The surrogate mothers and egg cell donors are domestic house cats, which are both easy to keep and have a reproductive biology that has been thoroughly studied. The animals in Gómez's research department come under the knife a number of times each week.

Saving Genetic Material for the Future

Today, for example, Olivia the cat is lying on her back on the operating table with her legs spread out. Using a scalpel, research assistant Michal Soosaar makes small incisions in the anesthetized cat's smoothly shaved abdomen, inserting operating instruments and a miniature camera.

A monitor immediately provides a view of Olivia's insides. Soosaar uses tiny forceps to take hold of one of her ovaries. Surgeon Earle Pope then uses a needle to puncture one of the mature follicles. A bloody liquid flows from the cat's body through a plastic hose and into a test tube.

The liquid contains mature egg cells from Olivia. In an adjoining room, these circular cells are fished out of the liquid. Now, cell researcher Gómez takes over. Gazing through a microscope, she draws the genetic material from the egg cell and inserts a skin cell from a wildcat. As soon as the cells have merged and embryos have started to grow, they are implanted into the uterus of a surrogate mother.

"This technology is a viable way to preserve genetic material for the future," says Gómez. It's very difficult to collect egg cells and sperm from rare wildcats, she explains, but much easier to obtain skin samples. She goes on to explain that embryos cloned in this manner could be stored for decades in liquid nitrogen and reactivated when needed.

"By bringing cloning into the set of public policy instruments, we can protect more species, reduce economic costs of protection, or both," writes US economist Casey Mulligan in a commentary in the New York Times. Mulligan argues that it's now necessary to freeze the cell material of endangered species and develop technologies that will make it possible to bring the animals back to life after they have become extinct. "In some cases, it may be cheaper to save some DNA, and let a future, richer and perhaps more enthusiastic generation make its own copy of the species," Mulligan writes.

Other researchers remain unconvinced, though. "The idea of cloning endangered species trivializes what extinction really is," says zoologist Robert DeSalle from the American Museum of Natural History in New York. He argues that the suggestion is a sign of today's "Western throwaway society," and says that "technology can't solve the problem of large-scale extinction."

The World Wildlife Fund (WWF) also opposes cloning as a quick-fix solution. "Habitats cannot be cloned," says WWF wildlife expert Sybille Klenzendorf. She says that a species is more than just the sum of its genes. "What use is a cloned animal if we have no more space where the species can live?" asks Klenzendorf. She also argues that cloning is far too expensive. "The money would be better invested on direct aid to maintain habitats," she says.

The poor success rate of less than seven percent is also an indication that the Petri dish is not about to become Noah's ark, though. It takes hundreds of egg cells and dozens of surrogate mothers to create a single viable clone.

Gómez admits that there are problems. Fusing cells from two different species often leads to huge mix-ups. Genes are activated or deactivated at the wrong time, and developmental stages become delayed.

In the case of the black-footed cat, for instance, Gómez has so far had no success. "We were able to insert embryos into the uterus of a house cat," she says. "But unfortunately, they didn't develop."

But the researcher remains optimistic. She hopes that she will soon be able to transform body cells from her wildcats into pluripotent stem cells. Cells of this type could considerably simplify the cloning process because they can be used to create any type of body cell and can be easily multiplied. Other researchers have already succeeded in producing such stem cells from snow leopards and northern white rhinoceroses, which are both endangered species.

There are in fact virtually no limits to the creative experimentation of today's biotechnicians. Chinese researchers have fused body cells from panda bears with eggs cells taken from rabbits. But the resulting embryos died shortly thereafter -- in the uteruses of house cats. Meanwhile, Japanese researchers have implanted skin cells from an unborn baby sei whale in enucleated egg cells taken from cattle and pigs.

Other Japanese scientists are even trying to clone the woolly mammoth. Three years ago, cell nuclei from these hairy, tusked ice-age beasts were discovered in mammoth legs that have been frozen in the permafrost of Northeast Siberia for the past 15,000 years.

In the laboratory, a team led by geneticist Akira Iritani injected cell nuclei from the prehistoric animal into enucleated egg cells from mice. The cell constructs only survived for a few hours, but Iritani remains optimistic that an elephant surrogate mother will soon bring to term the first mammoth clone.

"From a scientific point of view it is possible," says geneticist Gómez. But is there any point in doing it?

The 51-year-old professor hesitates briefly. "I wouldn't do it," she admits. "I would prefer spending all the money on those species that haven't completely vanished from the earth."