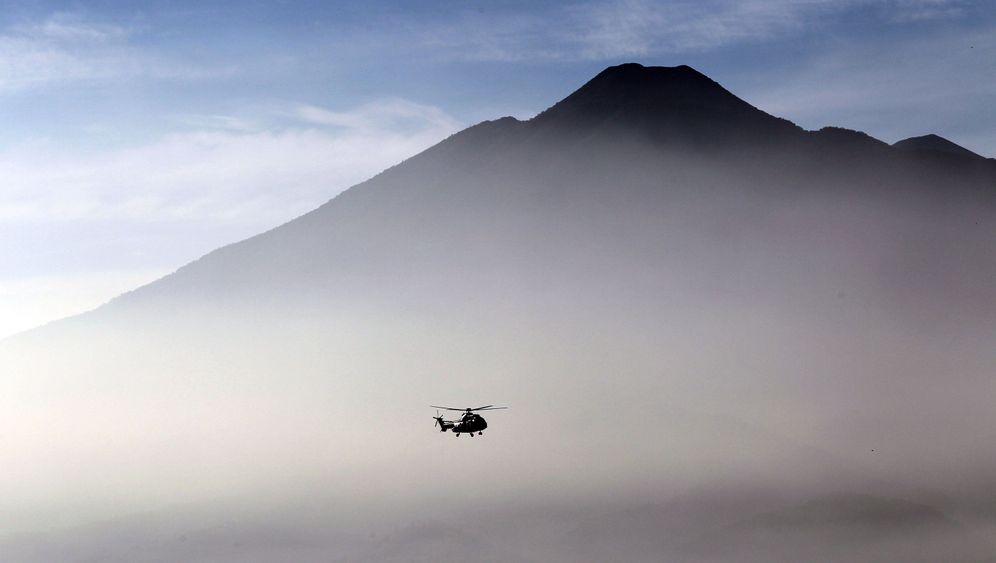 The Superjet had just entered Indonesian airspace on its demonstration flight when a half-naked passenger wielding a shiny, silver trident made his way into the cockpit. Sergey Dolya, a 39-year-old Russian travel journalist and aviation blogger, had bared his chest, tied on a long white beard and donned a crown made of silver paper.

Dolya had slipped into the role of the god Neptune north of Jakarta, the Indonesian capital. "I imitated an equator-crossing ceremony 10,000 meters above sea level," he says. "Usually only seamen do that."

Dolya wanted to celebrate the fact that a Sukhoi SSJ 100 ("Superjet") had penetrated the Southern Hemisphere for the first time. All the hopes of Russia's aviation industry rest on this passenger jet, designed by a company with an 80-year history of manufacturing military aircraft.

The plane was on a demonstration tour aimed at breaking into the dynamic Asian market. President Nursultan Nazarbayev had already inspected the Superjet when it made an intermediate stop in Kazakhstan. Now the Russians were hoping to make an impression on potential buyers in Indonesia.

The mood on board was fantastic, and Dolya reports there was champagne. In the cockpit, the copilot snapped a photo of the faux Neptune with his cell phone. Indonesian flight attendants wearing high heels and short skirts posed for pictures.

A day later, the Russian crew of eight and all of the plane's 37 passengers were dead. It would appear that Alexander Yablontzev, the captain on the flight, had allowed himself to become infected by the general exuberance during the Wednesday afternoon demonstration flight.

Strictly speaking, hardly any other pilot was better qualified to man the controls on the test flight in Jakarta than the 57-year-old veteran. Friends describe him as a level-headed pilot. He had logged over 10,000 flying hours on more than 80 different types of aircraft. And when the Superjet made its maiden flight in May 2008, Yablontzev was the test pilot sitting in its cockpit.

Russian photographer Marina Lystseva likewise has nothing bad to say about Yablontzev. The young Moscow resident and friend of Dolya was very lucky: The only reason she wasn't on the afternoon flight was because she had already taken enough pictures on the morning flight. She has known Captain Yablontzev for a long time and says he loved the airplane and "wanted the jet to succeed with every fiber of his body."

There is much to suggest that this is precisely what led him and his passengers to their demise. Indeed, the pressure to make sure the Superjet mission succeeded was massive. Only in February, when he was still Russia's prime minister, President Vladimir Putin signed a €43 billion ($55 billion) program whose stated goal was to help Moscow's aviation industry capture 10 percent of the global market for passenger aircraft by 2025. At present, its market share is less than 1 percent.

To date, most of Sukhoi's Superjet sales have been to Aeroflot, Russia's state-run airline, at a cut-rate price of just €15 million apiece. But the Kremlin envisions the SSJ 100 as a future global competitor to aircraft that are twice as expensive, especially Canada's Bombardier CRJ and Brazil's Embraer 190.

The Most Spectacular Air Show Possible

Many experts doubt the Superjet will be able to establish a foothold in the highly competitive global market, and the embarrassing disaster in Indonesia makes its prospects even grimmer. For now, the important thing will be to swiftly determine the cause of the crash. Did the aircraft malfunction, or is the crew to blame? "Pilot error would naturally be the best outcome for Sukhoi," says William Voss, president of the Virginia-based Flight Safety Foundation.

Even if technical problems are not ruled out, the evidence points in that direction. The flight path alone, which has been reconstructed using radar data, leads one to suspect that the Superjet's final flight was mainly about one thing: offering potential buyers of the competitively priced regional jet the most spectacular air show possible.

Immediately after taking off on Wednesday afternoon, Captain Yablontzev turned south, flew over the city of Bogor and made an initial circle around the volcano on whose steep sides the flight would soon meet its tragic end. The crew then requested permission to descend to 1,800 meters (5,900 feet), though its reasons for doing so remain a mystery. "In this mountainous region," says Voss, the aviation expert, "there is no reason for a sensible pilot to descend to such an altitude."

Nevertheless, Yablontzev steered the airplane directly toward Mount Salak, the dormant volcano the Jakarta Post has dubbed "an airplane graveyard." Indeed, several aircraft have crashed into the mountain, including an Indonesian Air Force plane in a June 2008 accident that claimed 18 lives.

It was precisely here that Yablontzev wanted to show off the aircraft's abilities. To make matters worse, massive clouds were gathering around the mountain at the time. Locals consider the area the rainiest and stormiest in all of Indonesia.

A number of factors make approaching the volcano an incalculable risk, including steep mountain ridges, the steaming-hot rainforest and the chaotic air-circulation patterns. What's more, the airplane was most likely shooting above the rugged landscape at a speed of 130 meters per second (290 miles per hour).

It is almost impossible to safely maneuver passenger planes like the Superjet under such circumstances -- particularly because, unlike with military jets, the engines of these planes only react to thrust commands with a slight delay. For this reason, passenger airlines are supposed to maintain a 1,000-meter safety buffer from mountains -- a rule that Captain Yablontzev apparently violated. "The crash casts a spotlight on the mind-set of Russian aviation," says Heinrich Grossbongardt, an aviation expert based in the northern German city-state of Hamburg. With any Western airline, he adds, such behavior would be viewed as reckless bravado.

Images from the crash site show that the airplane was banking to the right when it slammed into the mountainside. This could indicate that Yablontzev was making a final attempt to pull the airplane up and over the mountain range. "The pilot had absolutely no experience with the area's unique topographical traits," notes Jan Richter, a Hamburg-based flight-safety expert.

What's more, one photo taken by the blogger Dolya right before the flight suggests that the automatic terrain warning system was turned off. The photo shows part of the instrument panel in the plane's cockpit, and the button corresponding to the warning system clearly shows a "fault" message and that it is deactivated.

This wouldn't be the first time that hubris had led to fatal consequences in an airplane demonstration show. Probably the most famous example was the 1988 crash of an Airbus A320 during an air show in the Alsatian town of Habsheim. While flying over the runway, the jet suddenly dropped and slammed into a nearby forest. A year earlier, an Airbus A300 crashed during a practice flight near the Egyptian city of Luxor. And, in 1994, the test flight of an Airbus A330 in Toulouse, France, ended in catastrophe. As a consequence, Airbus' main competitor has a hard and fast rule: At aviation trade fairs, Boeing pilots are forbidden from making any kind of risky maneuver no matter how much they might wow potential buyers.

For Sukhoi, the crash could bring an already simmering crisis to a boil. Although more than 200 of the planes have been ordered, a lack of qualified personnel and sufficient expertise in the serial-production process has meant that only eight of the Superjets are currently in use: seven by Russia's Aeroflot and one by the Armenian airline Armavia.

What's more, even these customers are unhappy. In March, Konstantin Mokhna, Aeroflot's deputy chief engineer, humiliated Sukhoi when he complained about "technical problems" and delays in replacement-part deliveries. To corroborate his complaints, Mokhna cited some embarrassing figures: Instead of being able to keep his Superjets in service for the industry average of eight to nine hours a day, he could only use them for 3.9 hours per day. "For potential buyers, these revelations are even more unsettling than the crash in Indonesia," says New York-based aviation expert Richard Aboulafia.

Meanwhile, Dolya, the Neptune-impersonating blogger, and Lystseva, the photographer, have been walking through Jakarta as if in a trance. They still can't grasp what has happened. "By a hair, we would also be lying dead on this horrifying mountainside," Lystseva says. "It's like being born again."

Russian aviation, on the other hand, will have to continue waiting for its renaissance.