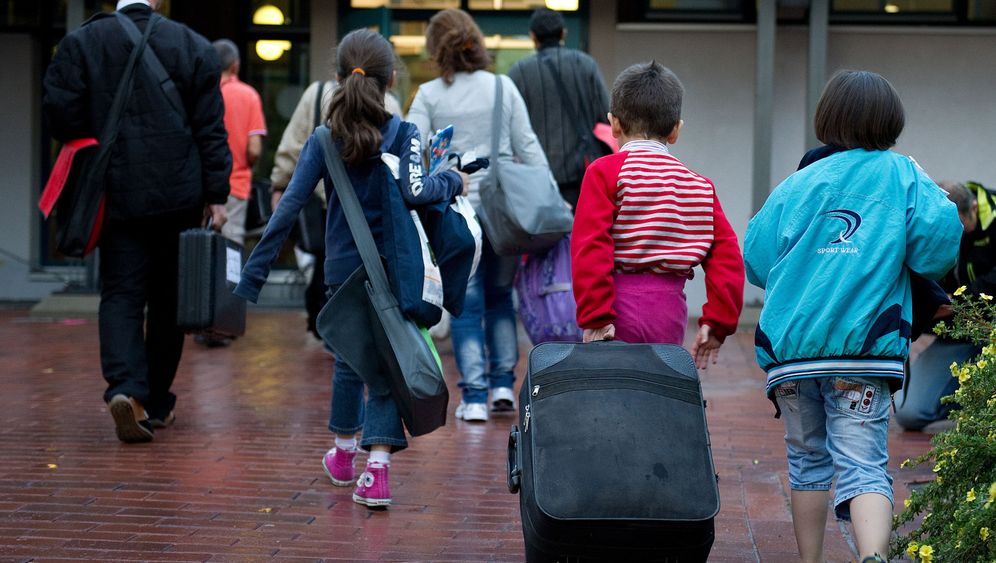 Wesy Abdelkare and his family have just arrived at the Friedland transit camp near the German college town Göttingen, the first stop for Syrian refugees granted asylum here as they begin a new life.

"My first impression of Germany is that it's green and that the air is fresh," he says in a telephone interview. "We're free now and that's all that matters."

Abdelkare came to Germany on Thursday with his wife Adla and their six children, aged between four and 23. The family flew to nearby Hanover from Beirut, where they had spent nine months living in poorly equipped refugee camps and rented accomodations with no electricity or running water.

After fleeing Damascus in February, the Abdelkares contacted the United Nations's Refugee Agency (UNHCR) in order to be considered for Germany's resettlement program, which will see 5,000 Syrians enter the country incrementally during the coming weeks. After a rigorous screening process, the family finally received word from the German government in August that they would be relocating to Europe.

The couple's oldest son, Mohammed, is wheelchair-bound. He was left severely disabled after doctors failed to treat a post-natal case of jaundice in a hospital in the northeastern city of Qamishli in 1990. "My son's disability is likely the reason we were selected and are now able to start a new life in Germany," says Abdelkare. "My first order of business will be to get my youngest children enrolled in school, something I was never able to do at home."

The screening process that refugees like the Abdelkare family have to go through is a stringent one. Syrians wishing to be granted a place in Germany's resettlement program must first register with the International Organization for Migration in Beirut. They are subsequently vetted by the German government and the UNHCR according to three criteria.

The first includes those needing to leave Syria for humanitarian reasons. Many have suffered abuse at the hands of the Syrian regime. Others, like 23-year-old Mohammed, are disabled or require special medical attention that is not available in their home country. Women and children are also given a special status.

The second group are those with some sort of affiliation to Germany: Either they have attended a school or university here in the past, or they have family members already living in the country. A basic knowledge of the German language also counts in the applicants' favor.

The third group of refugees, meanwhile, are chosen according to their ability to rebuild Syria once the civil war is over. "This group includes not only doctors and engineers, but also intellectuals and academics," says Christoph Sander, spokesman for the Federal Office for Migration and Refugees (BAMF) in Berlin. "This factor means those selected are in many cases more highly educated than other Syrians seeking asylum in Germany."

Once they have been granted asylum, they are flown to Germany and brought to the Friedland transit camp. Although some 820,000 refugees have made their way through Friedland over the past two decades, camp coordinator Heinrich Hörnschemeyer says the Syrian refugees represent new, but surmountable challenges. Arabic interpreters are also on hand to assist.

"Many of the families have disabled children and some need medical treatment," he says. In addition to access to doctors, the facility also offers counselling for families who have fled war-torn Syria.

At Friedland, they are allocated rooms, given a warm meal and handed €20 ($27) in pocket money for their two-week stay. After their first night at the camp, they are divided into groups of 15 to begin what Hörnschemeyer describes as a "crash course in all things German."

In addition to German classes each morning, they are also given basic information about how their host country works. This includes advice on whom to contact when they fall ill, how to deal with the local authorities and, perhaps most importantly, how to find work. "They aren't expected to find jobs immediately of course, but we want to give them the tools to do so once they are ready," says Sander. Unlike asylum-seekers, the Syrians have already been granted refugee status in Germany and are already allowed to work upon arrival.

Once the two-week indoctrination in all things Deutsch is complete, the Syrians will relocate to one of Germany's 16 states, each of which is allocated a specific number of Syrian refugees according to its size.

Although hundreds of asylum-seekers from other countries are also staying at the camp hosting the 110 Syrians who arrived on Thursday, Hörnschemeyer says Friedland is well-equipped at the moment for absorbing the new arrivals. The early 1990s, when Germany took in some 300,000 refugees from areas hit by the Balkan wars, "were a different story," he says. "The camp was bursting at the seams and we were using offices and other facilities as accomodation."

Friedland was originally set up by British allied forces in 1945 to accommodate German expellees and prisoners of wars returning from Eastern Europe. The camp's location was ideal -- situated next to a major railway route and sandwiched between the American, British and Soviet occupation zones, the camp could host refugees flooding in from all directions.

It is because of its location and its decades of experience that Friedland was chosen to host the majority of Syrian refugees currently entering Germany.

More than 4 million people have been displaced inside Syria and 2 million are refugees abroad, amounting to nearly a third of the population. The United Nations has estimated that by the end of the year, nearly half of the Syrian population will be in need of humanitarian assistance.

German human rights organizations have been arguing that more can be done to help those bearing the brunt of the conflict. "Considering the scale of the crisis in Syria, 5,000 is little more than a gesture," Günter Burckhardt, chief executive of human rights group Pro Asyl, told center-left Süddeutsche Zeitung newspaper last month. He argues Germany should be as similarly welcoming as it was during the Bosnian conflict.

Opposition politicians, too, have been criticizing the government for agreeing on what they consider an unacceptably low contingent of Syrian refugees. "As the largest country in the European Union, we are obligated to accommodate the largest number of refugees," Jürgen Tritten, the former head of the Green Party's parliamentary group, recently stated in an interview with the Rheinische Post newspaper.

Families like the Abdelkares, however, are more concerned about the longterm future. "After my children are taken care of," Abdelkare says, "my wife and I will make every effort to learn German." A former shopowner in Damascus, he says he could imagine setting up a similar business here. "We are optimistic about the future, and I like what we have seen so far of this country." 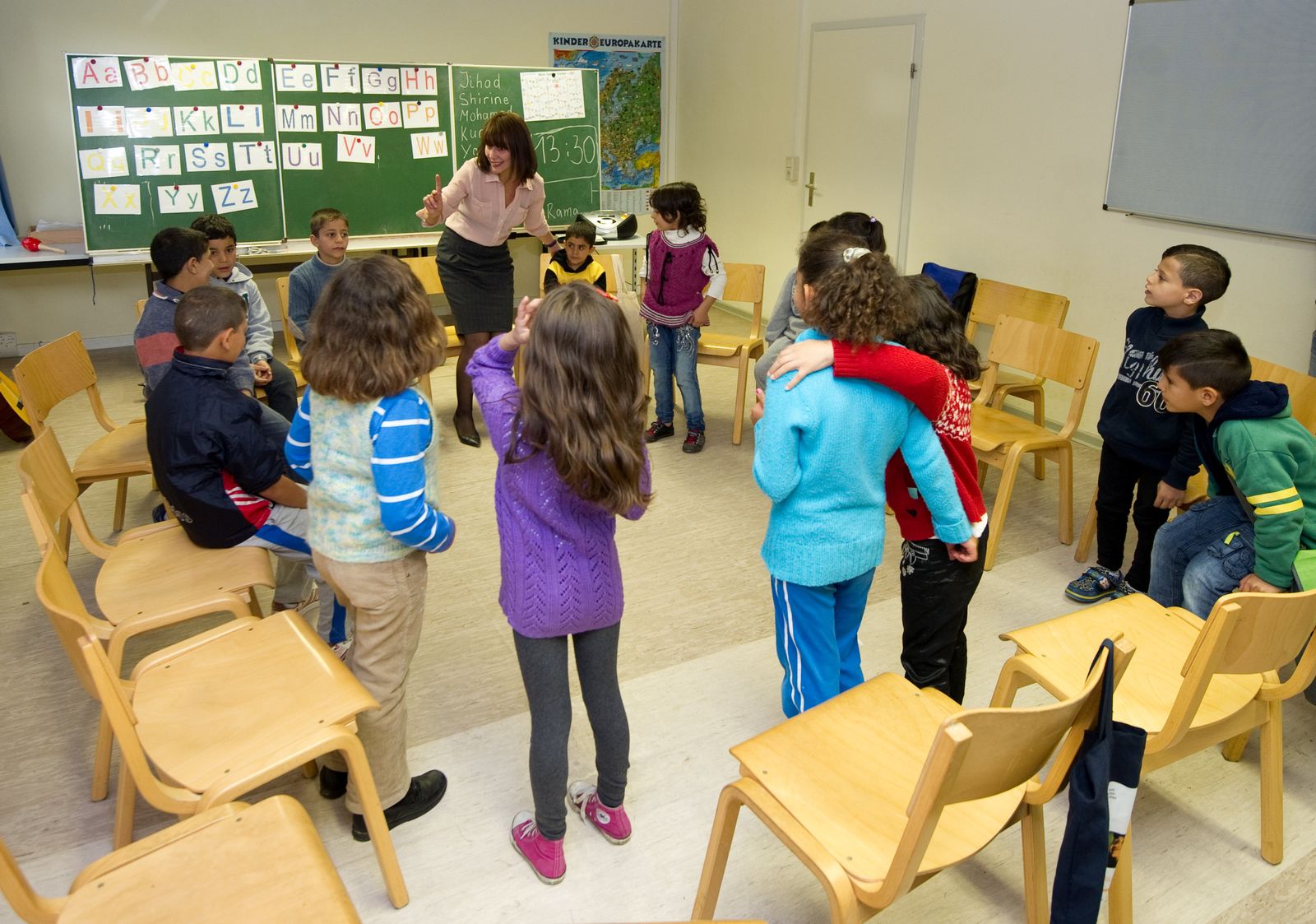 Starting on the first day of their two-week stay at the camp, new arrivals are given a crash course in "all things German". The refugees are divided into groups of 15, according to their background.