During the course of more than three decades, in our public service and private capacities, we have regularly attended the Munich Security Conference, formerly known as Wehrkunde.

The Conference initially consisted of a small group of military experts from the United States, Canada and Western Europe who discussed issues involving the threat posed by the former Soviet Union. Today, the Conference includes representatives from the business, diplomatic and military communities from all of Europe, Russia and Asia who examine the new threats posed by terrorists, religious extremists, nuclear proliferation, cyber warfare and organized crime.

Although the US delegation to the Conference included 15 members of Congress and a joint appearance by Secretary of State John Kerry and Secretary of Defense Chuck Hagel we detected the "brooding omnipresence" of a discontent for the United States that contained a whiff of anti-Americanism.

This dark overhang is due in part to Edward Snowden's revelations about NSA's collection activities, but it is coupled with a perception that the United States is withdrawing its interest from vast areas of the globe, including Europe, a feeling partly fueled by the "Pivot Towards Asia" declaration announced in Washington. While nothing could be further from the truth, perceptions can become reality when not effectively rebuffed by evidence to the contrary. There also seems to be a little too much enthusiasm to link this perception with the increasingly popular notion of a general "American decline", something we have heard about in every decade since 1945.

For those who care about the future relevance of NATO -- without question the most important political/military institution of the 20th century -- the negative sentiments expressed both publicly and privately at the Conference are troubling.

Temptation to Fan the Flames

First, we share the conviction that all freedom-loving people need to be vigilant against excessive intrusive activities conducted by governments in the name of national security. But we also believe that the outrage over NSA'scollection activities is being exploited by some of our allies to serve their political ambitions. We understand that "all politics is local," and that some rhetorical hyperventilation is to be expected and tolerated -- to a point. But those who are charged to protect the security of their citizens need to exercise leadership in distinguishing fact from fiction and resist the temptation to fan the flames of fear.

Access to information has been democratized and so has the capacity to wage war. No longer do states have a monopoly on the power to disrupt or destroy their adversaries or economic rivals. Nihilists, messianic zealots, and those who nurse time-worn grievances use today's technologies to inflict mass murder and mayhem.

Technology has raced ahead of the ability of elected and appointed officials to regulate appropriate restrictions on the use of its software marvels. We have no doubt that legislation is needed in Washington and other capitals to draw red lines on the tolerable limits of governmental monitoring of its citizens' communications and for lawmakers to exercise strict oversight to ensure those red lines are not crossed.

Second, it's important for our European friends to understand that discontent can, and does, flow in more than one direction. When former Secretary of Defense Bob Gates delivered his valedictorian speech in Brussels in 2010, he gave voice to a long simmering resentment over the freeloading enjoyed by a number of NATO's members.

No one expects every nation to possess "full-spectrum" military capabilities comparable to those enjoyed by the United States, but each NATO member has an obligation to contribute to our collective security rather than just be the beneficiary of the physical and financial sacrifice of others. As far back as the Prague Summit of 2002, every NATO ally pledged to allocate no less than 2 percent of their GDP for their defense budgets. The hard fact is that very few ever fulfilled that pledge, and even fewer today have any intention of doing so in the future. As a result the United States currently pays 72 percent of NATO's bills. Five other nations -- Great Britain, France, Germany, Italy and Turkey pay 70 percent of the obligatory balance. Even among these stalwarts, efforts are underway to reduce their defense expenditure even further.

Of Duties and Rights

Something is very wrong with this picture, and the campaign to support those fighting against Libyan dictator Muammar Qaddafi exposed the dangerous distortions in Nato's capabilities.

After the United States was asked to establish the no-fly zones over Libya, responsibility to continue military assistance to those fighting for freedom was shifted to the other NATO members. Astonishingly, we discovered that the supply of ammunition to carry out the task was exhausted in a matter of days.

We think it's important to raise the above issues because there is the danger that if they go unchallenged or unaddressed in a reasoned and responsible fashion, NATO will wither and become a relic of the past rather than a powerful platform for helping confront today's and tomorrow's security threats. We believe that a properly resourced and re-missioned NATO can continue to be the great alliance that it was in the 20th century. If we didn't have a NATO today, we would most likely be creating one.

In this age of austerity and diminished defense budgets, the United States has correctly identified the importance of intensifying its economic, diplomatic and military presence in the Asia-Pacific region. North Korea remains a serious threat to global security. China's growing military capabilities and its declaration of ownership rights in the East China and South China Seas is raising tensions with Japan, Vietnam, the Philippines and others. Japan's rising sense of nationalism and attempts to airbrush away the militarism of its past is unsettling to those who suffered Japanese occupation during the 20th Century.

The US, in seeking to maintain stability in the most populous and economically dynamic region in the world, is not disengaging or turning away from our European friends, but once again, serving their security interests as well as our own.

The world has become more economically interconnected and digitally dependent than at any time in history. Paradoxically, we are more vulnerable to the multiplicity of internal and external threats than ever before. Those who seek to disrupt or destroy an orderly world of commerce and prosperity and take us to "the Stone Age on the wings of science," are uniquely dangerous because they are cloaked in anonymity and leave no return address. Electrons race across time zones in seconds and recognize no geographic borders. In this brave and grave new world, like it or not, we are all in it together, and we need to put our collective shoulders to the task of insuring our security and talk about duties as well as rights. 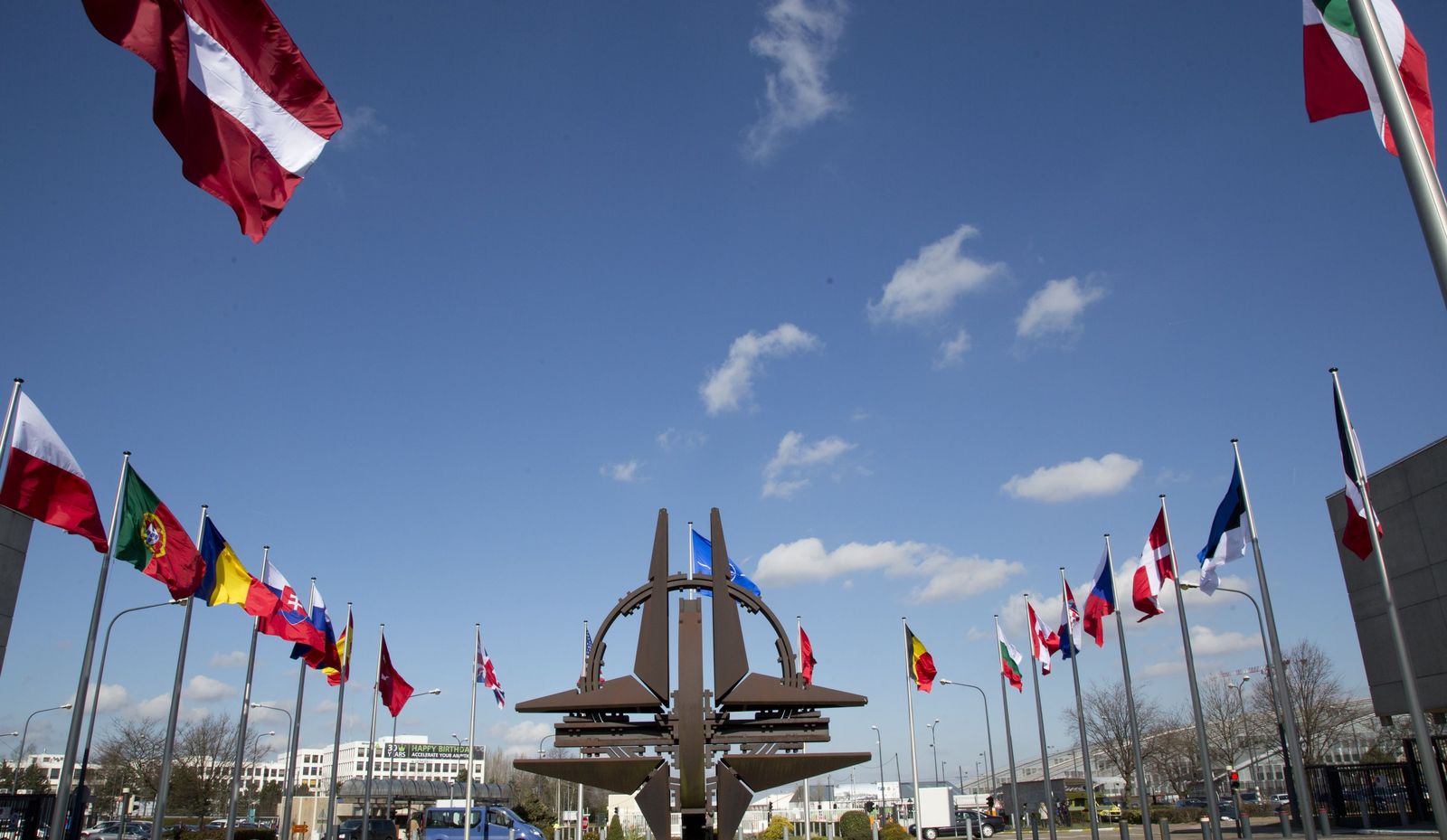