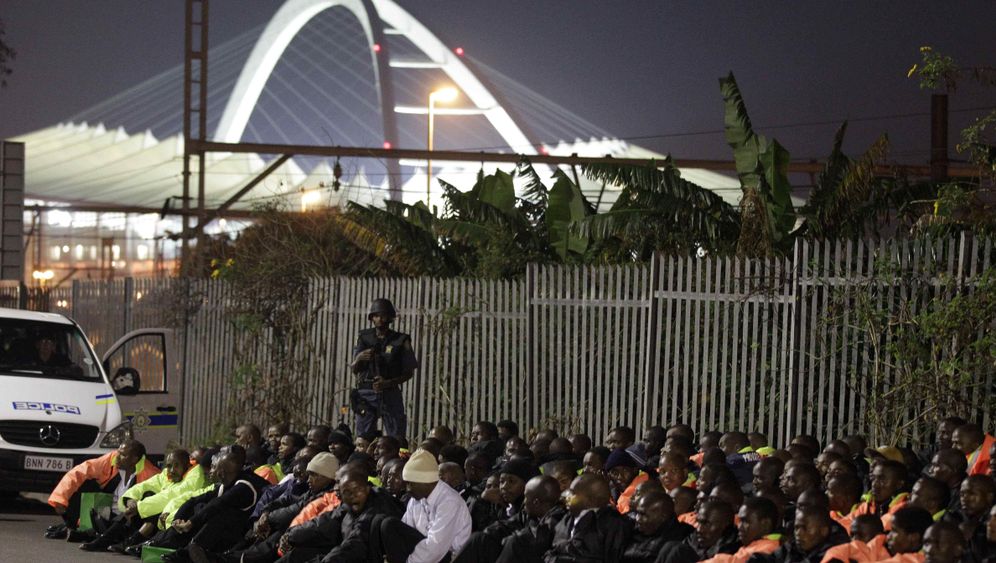 SPIEGEL: Police fired a stun grenade and rubber bullets to disperse a demonstration of security stewards in Cape Town last Thursday. Why are those responsible for stadium security on strike?

Abrahamse: Because their employer is treating them like slaves. The company Stallion Security is not paying their wages in full. In some cases, they aren't paid at all.

SPIEGEL: How much money are we talking about?

Abrahamse: Sometimes people are working more than 18 hours a day, for which they get 190 rand, about €20. They were promised much more. This is exploitation. It is almost like during apartheid.

SPIEGEL: Don't the workers have contracts that stipulate what they are to be paid?

Abrahamse: Not explicitly. Most of the workers are day laborers who didn't even read their contracts. Those are people who live in shacks. Almost every steward in Cape Town comes from Khayelitsha, the second largest township in the country. People here are desperately searching for work; they would have signed anything. Anything.

SPIEGEL: In Johannesburg and Durban stewards are also on strike because of appalling working conditions.

Abrahamse: This is also the case in Cape Town. After one match, the workers were not given a ride home. Because buses and trains had already stopped running, they had to go to the city to find a place to sleep, or walk for hours, which is dangerous at night. One steward was stabbed on the way.

SPIEGEL: Danny Jordaan, head of the World Cup organizing committee, says stewards are endangering the smooth flow of events on game days leading to police having taken over their duties.

Abrahamse: Should police do the steward's job for the rest of the World Cup, the stewards must be compensated for their loss of wages. Otherwise, the situation could escalate.