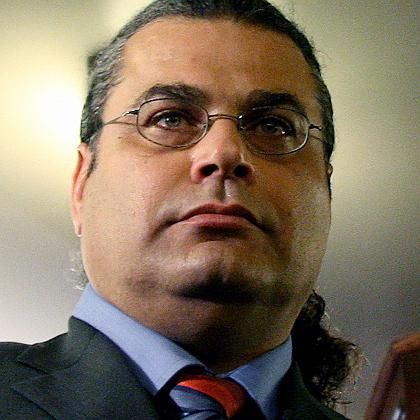 Khaled el-Masri had his case thrown out by the Supreme Court on Tuesday.

Two weeks ago, German Interior Minister Wolfgang Schäuble visited Washington. Back home in Germany, a fierce debate was raging about his proposals for defending the country against terrorist attacks, and so a journalist asked him whether he sometimes envied his US colleagues for the options available to them. Schäuble did not have to think long about his answer: No. He added that he could no longer discern any major differences between the two sides of the Atlantic when it came to the balance between liberty and security. "There are different approaches," he said. "But we are moving closer together."

But reactions to the Supreme Court's decision to reject Khaled el-Masri's claim for damages show just how difficult that rapprochement continues to be. On Tuesday, the Supreme Court ruled against considering "El Masri v. Tenet," without further comment.

And yet, even in the United States, no one is likely to be in any doubt that el-Masri, a German citizen of Lebanese descent, really was the victim of a case of mistaken identity when he was abducted by CIA agents in Macedonia and taken to Afghanistan -- before being released in Albania almost five months later.

The identities of the 13 CIA agents who abducted him are now known. Even the US judges who already rejected el-Masri's case in a lower court in March made it clear they had done so with something of a bad conscience. "We recognize the gravity of our conclusions that el-Masri must be denied a judicial forum for his complaint," Judge Robert B. King wrote at the time. "The inquiry is a difficult one, for it pits the judiciary's search for truth against the executive's duty to maintain the nation's security."

The fact that the Supreme Court has now also chosen to put national security first is indicative of how difficult the dialogue between Europe and the US about the legal limits of the "war on terror" remains. One need not go as far as el-Masri's lawyer Manfred Gnijdic, who accused the US administration of shirking all responsibility for its actions. But divergent reactions to the case could well create new trans-Atlantic rifts.

True, polls reveal that Europeans and Americans are in fact moving closer together in their assessment of the dangers they are exposed to. The most recent issue of "Transatlantic Trends," an annual public opinion survey published by the German Marshall Fund, shows that 70 percent of Germans are now afraid of terrorist attacks -- 32 percent more than two years ago. Other opinion polls reveal that this fear has led directly to a growing willingness to restrict civil rights, at least temporarily, for the purpose of averting threats.

This development has not gone unnoticed in the US. The New York Times recently noted with surprise that "Germany, fearful of being the next major target for Islamic terrorists, is edging away from its deep aversion to intrusive and harsh enforcement tactics."

But cases like that of el-Masri's illustrate just how difficult convergence remains when it comes to balancing security and individual rights. In Europe, el-Masri's predicament has long become a kind of symbol for the unease with which the offshoots of the US "war on terrorism" are regarded.

The German parliament, or Bundestag, is currently investigating the background behind el-Masri's abduction, and the European Parliament was inspired by his fate to initiate a broad investigation into the system of CIA "black sites" or secret prisons in Europe. Dick Marty, the chairman of the Council of Europe's Committee on Legal Affairs and Human Rights, even filed a brief in favor of el-Masri with the Supreme Court prior to its decision.

He argued that the betrayal of state secrets is hardly an issue anymore, if only because there are virtually no secrets left to reveal about el-Masri's abduction. And while the German government did not call for the 13 CIA agents to be extradited to Germany -- seeing as the chances for such a request being granted were slim -- government representatives did suggest that the Americans had admitted to having made a mistake.

But for important US institutions such as the administration, and now the Supreme Court, such a mistake clearly does not mean the case needs to be dealt with publicly, in court. In the days before the eagerly awaited court decision, government representatives argued that not dismissing el-Masri's case would lead to the automatic release of information about the government's most sensitive intelligence operations.

The fact that the Supreme Court has now so readily adopted this line of argument provoked strong reactions not just in Europe, but also in the United States. Civil rights organizations such as the American Civil Liberties Union (ACLU) considered this to be a test case on the limits of citing "security interests." ACLU director Steven Shapiro asked a pointed question: "How can it be that the whole world can talk about this case and the only place it can't be talked about is in a federal courtroom?"

In the end, the ruling had less to do with Khaled el-Masri -- who wanted to sue for the relatively modest sum of $75,000 -- than about the limits of the "state secrets privilege," which the Bush administration cited during the proceedings.

A US administration first successfully cited this privilege in 1953 -- in the case of three widows of military pilots. Their husbands had died in a crash and they wanted to know the details of their death. The military refused to issue any information, claiming that the plane had been on a secret mission. The Supreme Court judges seconded the military -- an erroneous verdict, incidentally, since the plane was in fact carrying no military secrets at all, as documents released long after the ruling revealed.

During the peak of the Cold War, US presidents invoked the privilege only six times, according to calculations by the organization OpenTheGovernment.org. President George W. Bush, on the other hand, has cited the privilege almost 40 times since Sept. 2001, thereby repeatedly preventing the release of documents to courts.

And so the Supreme Court's decision to recognize the state secrets privilege in this case is also giving the US administration a sort of time-out in the bitter controversy about where to draw the legal limits when it comes to measures to defend against terrorist threats. As recently as last week, President Bush had to personally intervene in the debate on alleged instructions for torture.

The Supreme Court's agenda for the coming months includes further cases that raise awkward questions about the practices currently associated with the "war on terror." For example, whether or not the military tribunals set up for the inmates at Guantánamo are legal, and whether or not a US citizen detained by the military in Iraq can protest his imprisonment before a US court. The limits of the state secrets privilege will also be up for discussion again soon. The ACLU has already filed a similar legal case on the practice of wiretapping of telephone conversations introduced by the National Security Agency (NSA).

The Supreme Court's decision -- and the judges' support for the administration's privileges when it comes to defending national security -- also raise the question of the extent to which such legal debates would actually be conducted differently under a new administration. Would the Democrats rely less on such instruments? Or would they not do so at all?

Jack Goldsmith, a high-ranking former employee at the US Department of Justice who has just caused a considerable stir by the disclosures in his book "The Terror Presidency," believes things would look much the same if the Democrats were to move into the White House: "What do you think would change?" he asks. "First they would see the risk scenarios and then they would be wary of changing too much. The eavesdropping, the interrogation methods -- all of that would remain."

As if to confirm his view, the Democrats made it clear on the day of the Supreme Court's decision that they would not oppose the extension, by several years, of the NSA's right to use controversial eavesdropping methods. Many Democrats openly admit they take this position partly for fear of being perceived as "soft on terrorism" prior to the upcoming presidential elections.

And so the practice of "renditions" that Khaled el-Masri and others were subjected to will likely not play a major role in US courts in the future either. Starting next week, though, the issue will at least take center stage in US cinemas. That's when the eagerly awaited Hollywood film "Rendition," which stars Meryl Streep, opens. The film is about a US citizen of Egyptian descent who is abducted by the CIA while traveling home from South Africa. The film is loosely based on a true story.

It seems the most incredible stories are not always invented by Hollywood script writers, after all.