The move represents the most serious effort yet by a Western country to hold a high-ranking member of President Bashar Assad's regime accountable for having systematically targeted its own population since the beginning of the Syrian uprising in 2011.

The charges filed with Germany's Federal Court of Justice claim that Hassan, 65, must have known of, or commanded, Air Force Intelligence staff as they systematically tortured and killed hundreds of detainees in several detention centers in Syria between 2011 and 2013.

Hassan is said to be part of Assad's inner circle and was a loyal aid to Bashar's father, Hafez al-Assad, who died in 2000. He has been head of Air Force Intelligence since 2009, consolidating its reputation as the country's most brutal intelligence arm.

According to information from security sources, Hassan's position from the very beginning of the uprising has been that protesters and activists should be dealt with harshly.

In November 2016, the Russian propaganda website Sputnik and the British news site Independent both quoted Hassan lamenting the regime's reaction to the uprising in 2011. He suggested that the government's response should have been the same as in Hama in 1982, when an uprising of the Muslim Brotherhood ended in a bloodbath. Government forces reportedly killed between 20,000 and 30,000 people in events subsequently referred to as the "Hama Massacre."

The arrest warrant is based on photographs taken by a military photographer codenamed Caesar, who took pictures of thousands of regime victims and smuggled them out of the country along with several witness reports, some of which come from victims who survived torture by Air Force Intelligence staff.

A spokeswoman from the German federal prosecutor's office declined to comment on the case, but high-ranking officials familiar with the investigation said that, although there was little hope of apprehending Hassan any time soon, they would not give up. "We will not forget about this," one official said. "We want to get this man." 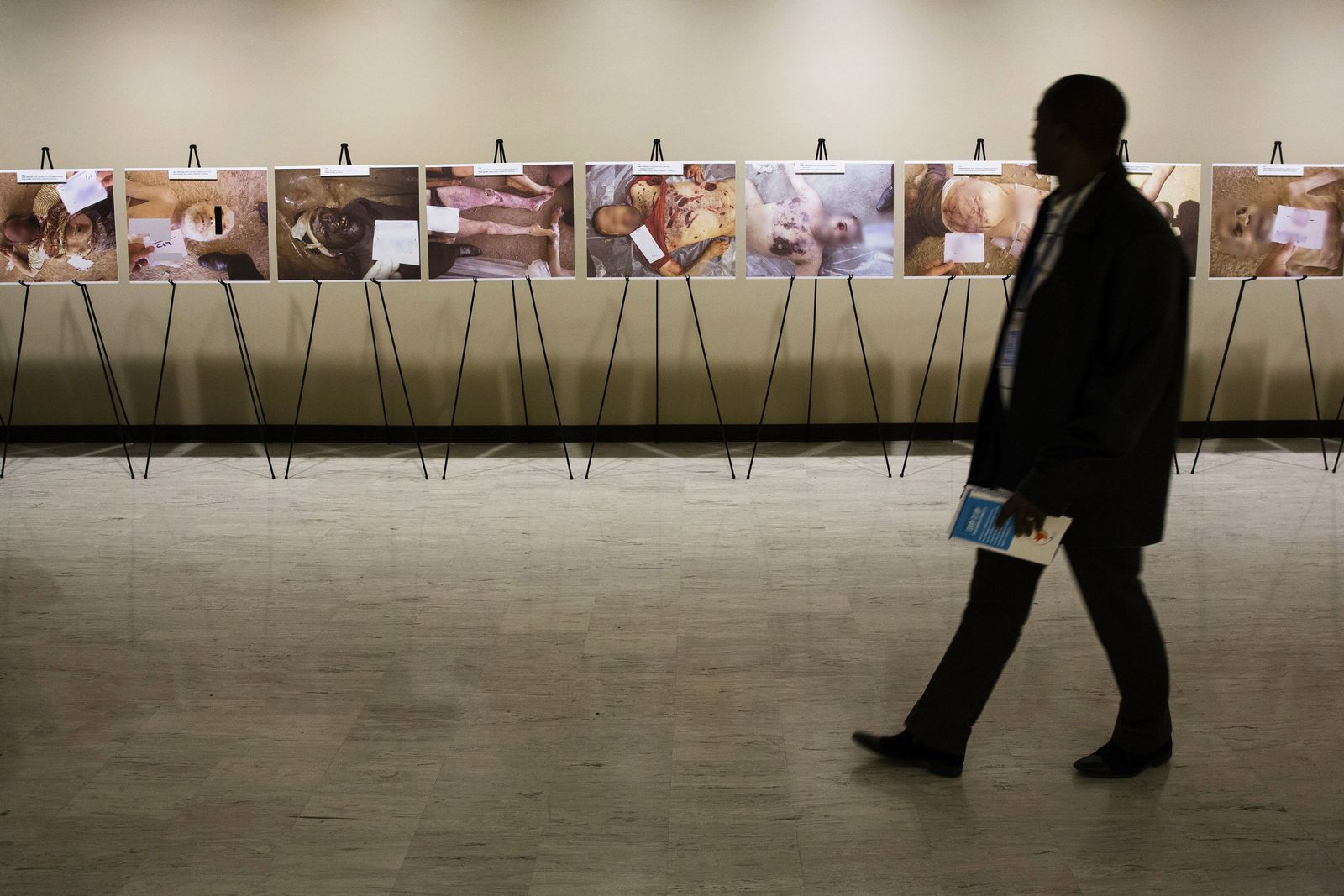