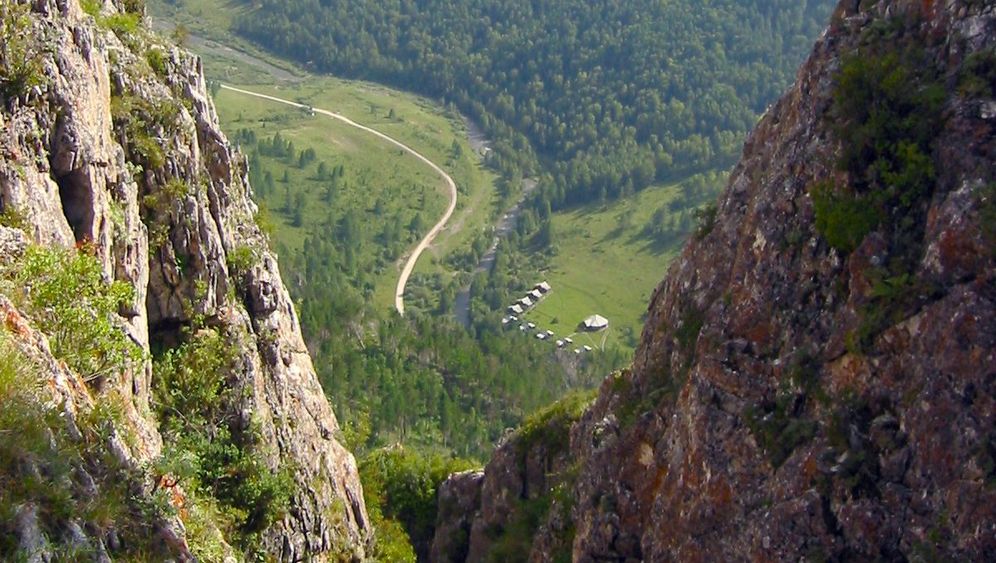 Johannes Krause checked his findings again and again. Somehow he couldn't believe what the analysis was showing. The scientist wanted to make sure he was right before phoning his boss, the renowned evolutionary genetics specialist Svante Pääbo. Did the DNA really stem from a previously unknown human form?

The Max Planck Institute for Evolutionary Anthropology in Leipzig had just 30 milligrams of bone powder available to carry out its genetic analysis. From that sample, Krause and his colleagues isolated the DNA of a primitive human who had lived anywhere between 30,000 and 48,000 years ago in the Denisova Cave in the Altai Mountains of southern Siberia. The scientist began with low expectations, seeing the job as a "routine investigation of an ancient fossil," Krause told SPIEGEL ONLINE. "That piece of bone was sold to us as a specimen from early modern humans." Russian scientists had unearthed the fossil fragment in 2008.

Isolating DNA from fossil bones is no easy task, not least because the ancient pieces of bone also contain DNA from other organisms such as bacteria or fungi, possibly even from other early humans. If laboratory conditions fail to meet the strictest standards, there is the risk of contaminating the sample with the genetic material of a present-day scientist.

So Krause had to rule out these factors. But eventually he believed the genetic material was several thousand years old, harbored intact within the cells of a small chunk of bone, no bigger than a cherry pip. Whichever way he examined the find, the DNA sequence did not resemble anything any anthropologist had ever seen before. Had the Max Planck researchers discovered a new species of early man? Did it belong to an unknown hominin, whose DNA differed so much from Neanderthal and early modern humans that it could revolutionize our understanding of the evolution of man?

Bred in the Bone

Every base pair of the mitochondrial DNA was sequenced by Krause over and over again, up to an average of 156 times each. Afterwards researchers compared the mitochondrial DNA sequence with others -- including 54 sequences belonging to modern man, one belonging to a recently discovered early human from Kotenski in Russia, six from Neanderthals, and one each from a bonobo and a chimpanzee.

"The results practically blew me away when I heard," says Svante Pääbo, director of the genetics department at the Max Planck Institute, who received the phone call while he was in the US. Once Pääbo had convinced himself of the findings, he too was certain that the science of human evolution was about to change.

So how should we understand this stranger from southern Siberia, if not as an early modern man or as a Neanderthal? Researchers still don't know the hominin's gender. To find out, Pääbos' research team needs to examine the nuclear genome, one base pair at a time. Only then can they make more precise statements about the skin and eye color, blood type, or the health of the specimen. These investigations are painstaking but not impossible: A Danish research team recently gleaned similar information from a 4,000-year-old hair belonging to a Paleolithic eskimo.

For years, anthropologists believed only two species of the genus Homo lived on earth around 40,000 years ago. The first group, Neanderthals, lived in large areas of Europe and northern Asia, but disappeared some 25,000 years ago for reasons which are not completely clear. The other group, anatomically modern humans -- our direct ancestors -- scattered across Eurasia after leaving the African continent.

Until now researchers have also assumed at least three waves of emigration from Africa, one of which took place about 1.9 million years ago, when an earlier group of hominins, Homo erectus, left the continent. While there are fossils to prove that Homo erectus may have survived in Indonesia until up to 100,000 years ago, there is no evidence that the species might have existed on the Asian mainland as recently as 30,000 or 40,000 years ago -- the era of the Denisova finger.

The genetic analysis that Krause and his colleagues recently published in the journal Nature adds a new piece to the puzzle of huan evolution. Once the scientists combined the new data with the previously known facts they were able to sketch out a new human family tree. It shows the evolutionary relationship between early modern humans, Neanderthals and the previously unknown Denisova hominids.

There seems to be only one way to explain the discovery of this previously unknown strand of DNA: Denisova hominins and the ancestors of the modern human as well as the Neanderthals must have shared a common ancestor about one million years ago. That ancestor is about twice as old as the known common ancestor of anatomically modern humans and Neanderthals (Homo heidelbergensis).

Moreover, the researchers conclude from the age of the mitochondrial genome that this previously unknown form of human must have lived alongside Neanderthals and modern humans.

The researchers are absolutely certain that they are dealing with a hitherto unknown mitochondrial genome which strongly suggests a new form of hominin. This would also suggest a fourth wave of emigration from Africa.

After the release of these sensational results, the Max Planck researchers will be forced to respond to the same questions they encountered when they discovered the first version of the Neanderthal genome: How did this unknown hominin live? Why did they disappear? And: Did Neanderthals and modern humans fornicate with this Siberian stranger?

To get answers to these questions one will have to wait until the scientists from Leipzig have analyzed the stranger's entire genome. It would help the researchers if further fossilized bones of this kind were found, which would enable study of the hominin's physique.

Krause and Pääbo, speaking at a press conference Tuesday, said that any further statements at this point would amount to pure speculation. The researchers won't even announce their intention to present a new name for this hominin as they can't yet be 100% sure it represents a whole new species. "The terminology of human species is rather tricky," Pääbo says.

Internally, the researchers refer to the new hominin form as "X-Woman." The "X" stands for the unknown factor, and "woman" merely represents the fact that mitochondrial DNA is inherited from the mother. Pääbo restrains himself: "Whether or not we academics speak of a new species and give it a new name is just a matter of pride, nothing else."