SPIEGEL: Mr. President, in 2008, you attended a football match between your two countries together with your Turkish counterpart. It was a sensation at the time. Do you regret having invited the president of Turkey to your capital?

Sarkisian: No. I am convinced there is no other alternative but for Turks and Armenians to cooperate. We wanted to break through centuries of hostility. It was clear to me from the beginning that it wouldn't be an easy process.

SPIEGEL: Turkish Prime Minister Recep Tayyip Erdogan told SPIEGEL that on the topic of Armenians killed by Ottoman troops during World War I, "There can be no talk of genocide against the Armenians." Why does your neighbor have such difficulty with its own history?

Sarkisian: Mr. Erdogan has also said that Turks are not capable of committing genocide, and that Turkish history is "as clean and clear as the sun." Turkey resists classifying the massacre as genocide. But no matter how great Turkish resistance may be, this is not a question that is up to Ankara to decide.

SPIEGEL: Now Erdogan is even threatening to expel thousands of Armenians living illegally in Turkey.

Sarkisian: For my people, such unacceptable comments evoke memories of the genocide. Unfortunately, these comments don't surprise me, coming from the mouth of a Turkish politician. We don't need to look very far back in history to find comparable declarations. Similar voices got loud in 1988 in what is today Azerbaijan. Dozens of Armenians died in the resulting pogroms in Azerbaijani cities like Sumgait and Baku.

SPIEGEL: How should the international community act on this question?

Sarkisian: The world must react decisively. America, Europe -- Germany, too -- all the countries that were involved in the process of Turkish-Armenian rapprochement should take an official stance. If every country had already recognized the genocide, Turkey wouldn't make these kinds of statements. What gives reason for hope is that many young people in Turkey as well are protesting against these tirades. There's a new generation growing up there, and the political leadership has to take their opinions into account.

SPIEGEL: Turkey also accuses you of blocking progress -- Ankara says you prevented the formation of a joint historical commission. Why are you against this idea?

Sarkisian: How could such a commission work objectively, when at the same time in Turkey, anyone who uses the term "genocide" is persecuted and punished? Ankara is only trying to delay decisions. Whenever a foreign parliament or government approached Turkey with a request to recognize the genocide, the response would be, "Wait for the results from the commission." Creating such a commission would mean questioning the fact of genocide against our people. We're not prepared to do that. A commission would make sense if Turkey would admit its guilt. Then historians could work together to uncover the causes that led to this tragedy.

SPIEGEL: The genocide took place 95 years ago. Why is its recognition so important for Armenia today?

Sarkisian: It's a question of historical justice and our national security. The best way to prevent the repetition of such an atrocity is to condemn it clearly.

SPIEGEL: You can see Mount Ararat, Armenia's national symbol, from the windows of your residence. Today, the mountain is inaccessible, on the other side of the Turkish border. Turkey fears demands for land and compensation. Do you want Mount Ararat back?

Sarkisian: No one can take Mount Ararat from us; we keep it in our hearts. Wherever Armenians live in the world today, you will find a picture of Mount Ararat in their homes. And I feel certain that a time will come when Mount Ararat is no longer a symbol of the separation between our peoples, but an emblem of understanding. But let me make this clear: Never has a representative of Armenia made territorial demands. Turkey alleges this -- perhaps out of its own bad conscience?

SPIEGEL: Your borders with Turkey and Azerbaijan are closed, while Iran and Georgia make difficult neighbors. Isn't it more important to break out of this isolation than to fight endlessly with Turkey over the genocide?

Sarkisian: We don't tie the opening of the border to recognition of the genocide. It isn't our fault if the rapprochement fails.

SPIEGEL: Turkey wants to make the opening of the border dependent on progress on the issue of Nagorno-Karabakh. Armenia fought a war over this region, which was claimed by Azerbaijan after the collapse of the Soviet Union, but where the majority of inhabitants are Christian Armenians.

Sarkisian: Turkey wants continuous concessions from our side. But that is not possible. The most important matter is implementing the right of Nagorno-Karabakh's population to self-determination. In my opinion, if Azerbaijan would recognize Nagorno-Karabakh's independence, the question could be resolved in a matter of hours. Unfortunately, Azerbaijan appears to want to solve the problem through force. The Azerbaijanis still believe they can annex Nagorno-Karabakh as part of Azerbaijan. That would mean, though, that within a very short period of time it would become impossible for Armenians to remain in Nagorno-Karabakh.

Why were the states in the former Yugoslavia able to obtain independence? Should Karabakh be denied the same rights -- simply because Azerbaijan has raw materials like oil and natural gas at its disposal, as well as Turkey as its patron? We don't think that is fair.

SPIEGEL: Would Armenia agree to extensive autonomy for Nagorno-Karabakh within Azerbaijan, the way it was under the Soviet Union?

Sarkisian: Of course not. Giving Karabakh back to Azerbaijan would lead to the expulsions of the Armenian population within a very short period. Nagorno-Karabakh was never part of independent Azerbaijan. The region wasn't associated with Azerbaijan until a 1923 decision by the Communist Party's Caucasian Bureau, under pressure from Stalin. If Karabakh were to become part of Azerbaijan, one would have to, at the very least, restore the Soviet Union. I don't think anyone seriously wants that.

SPIEGEL: Turkey has been pursuing European Union membership for decades. Is membership a goal for Armenia too?

Sarkisian: Europe's values are attractive for us. That's the reason we're currently reforming our administration, following the European model, of course. We know very well we must solve problems if we want to become a full-fledged member of a system. How long that process takes depends on us -- but also on the EU.

SPIEGEL: Your country shares a border with Iran. How do you assess the global community's conflict with Tehran?

Sarkisian: We're watching with concern. Iran is one of only two land routes that connect us to the outside world. Everyone in Armenia knows that if Iran hadn't kept the border open during the war, there would have been supply shortages for our citizens. The situation was similar during the Five-Day War (South Ossetia war) in 2008, when rail connections through Georgia were disrupted. We're building a pipeline and a rail line together with Iran. 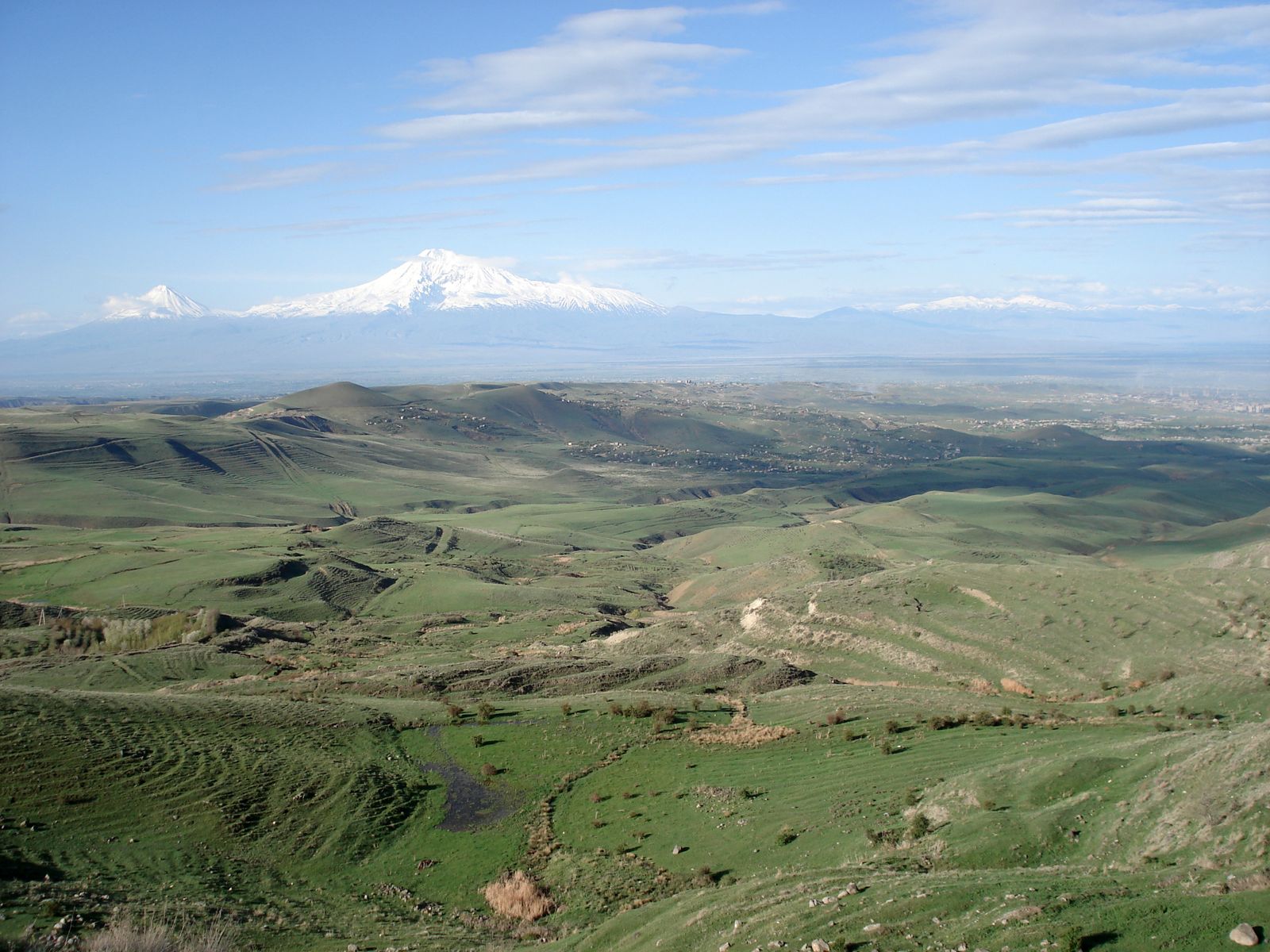 Mt. Ararat, Armenia's national symbol, is actually located in Turkey: "A time will come when Mount Ararat is no longer a symbol of the separation between our peoples."