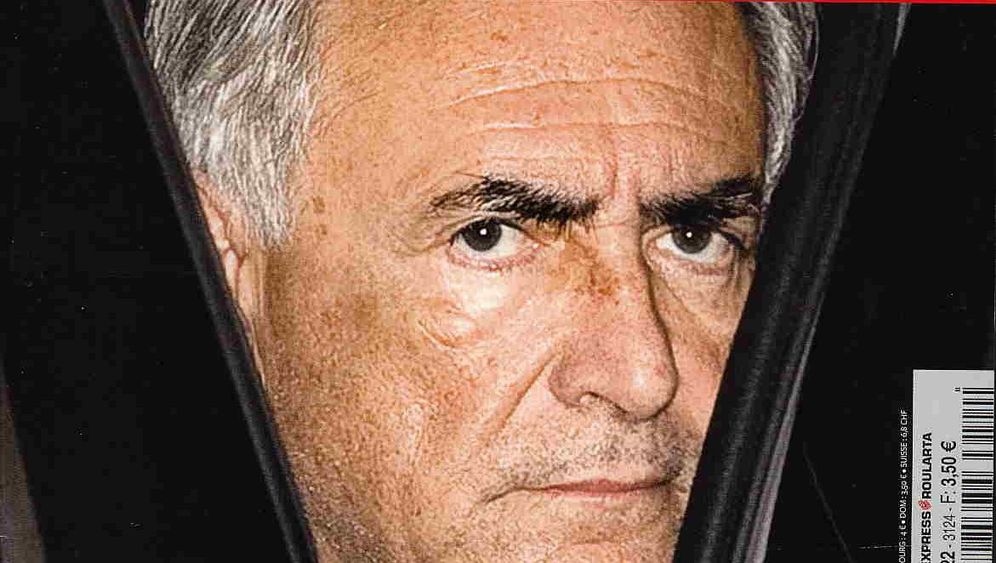 SPIEGEL ONLINE: Those in positions of power have sex with the secretaries; they assault hotel maids, or at least are accused of such, and sleep with the nanny. Is there a normal percentage of oversexed people among powerful men, and it's just easier to notice their lapses, their misconduct, because they are so visible?

Van der Dennen: Both may be true. Powerful men have a both an overactive libido as compared to 'normal' men, but they are also more willing to gamble that they can get away with their sexual activities whenever and wherever. Power is a great aphrodisiac, as Kissinger said. Powerful men almost automatically expect other people to do their bidding. Sex is just part of that game. Powerful women also have larger-than-average sexual appetites.

SPIEGEL ONLINE: Would Clinton, Berlusconi, Strauss-Kahn and Schwarzenegger have done the same if they weren't in a position of power? Or is it the power itself that makes them do such things?

Van der Dennen: Undoubtedly men who eventually reach positions of power have strong ambitions in that direction and indeed a certain recklessness and even unscrupulousness. But, in my opinion, it is the position of power itself that makes men arrogant, narcissistic, egocentric, oversexed, paranoid, despotic, and craving even more power, though there are exceptions to this rule. Powerful men generally have a keen eye for female beauty and attractiveness, and women generally are attracted to powerful, successful, famous, and wealthy men. Every "willing" woman confirms the power of the powerful man.

SPIEGEL ONLINE: In their minds, what happens to empathy, care, and last but not least, reason?

Van der Dennen: Sex and the powerful male sex drive existed on this earth millions of years before humans evolved some sense and sensibility. Every sexual act involves some retrogression, in which empathy, reason, etc. are temporarily suspended. This is valid, I think, not only for powerful men.

SPIEGEL ONLINE: Psychologist Satoshi Kanazawa from the University of Canterbury found out that successful men have more sex and more sexual partners. Is it an evolutionary adaptive behavior?

Van der Dennen: Not only Kanazawa, but dozens of studies have found this relationship. An interesting evolutionary analysis of the power-sex-polygyny link was presented in 1986 by Laura Betzig in her book "Despotism and Differential Reproduction: A Darwinian View of History." With unbridled enthusiasm, powerful males have used their power in the service of reproductive success.

SPIEGEL ONLINE: What do you think these men must be thinking about themselves in the moment when they are about to have "forbidden" sex?

Van der Dennen: It is not too speculative to think that powerful men live in a sexualized or eroticized world. Not only do they expect to have sex whenever they fancy, but they also expect that every woman is always willing to provide this service, and enjoy it. They are completely egocentric and opportunistic and just take what they want. It probably comes as a complete surprise when somebody does not comply. The forbiddenness, and the awareness of transgression, makes the sex even more attractive.

SPIEGEL ONLINE: You do not mean to say that everybody who climbs to the top is at risk of becoming a rapist?

Van der Dennen: Not necessarily. Most powerful men do not need to rape because they have consensual sex much more frequently than their more unfortunate brethren. That does not preclude that some powerful men might do it for "kicks," or to see if they can get away with it. Virtually all studies of rape show that it is powerless and disenfranchised young men who rape.

Van der Dennen: Power is omnivorous, as it were. Power tends to correlate with wealth and fame and success and with sexual access to more, and more varied, partners. The only thing that is really needed for you to feel powerful is my submission, and vice versa.

SPIEGEL ONLINE: What else does power do to people?