For years, German politicians and pundits have been taking the moral high ground over the activities of the American private security contractor Blackwater, now known as Xe Services, in places such as Iraq. "The US government has allowed private security firms to develop into an omnipresent, uncontrollable apparatus in the war zones of this world," wrote one German newspaper back in 2007.

That moral outrage is now looking distinctly shabby in the light of revelations that a German security company is planning to supply mercenaries to a Somali warlord. On Monday, Thomas Kaltegärtner, CEO of Asgaard German Security Group, confirmed a report by the German public broadcaster ARD that his company plans to send former German soldiers to Somalia.

In a December 2009 press release, Asgaard announced it had signed an "exclusive agreement on security services" with Abdinur Ahmed Darman. Darman, a Somali warlord who styles himself as the country's president, does not recognize the legitimacy of the United Nations-backed transitional government of Somali President Sheikh Sharif Sheikh Ahmed. The agreement, the company said, would cover "all necessary measures to reintroduce security and peace to Somalia." The country has not had a functioning central government since 1991.

According to Kaltegärtner, himself a former Bundeswehr soldier, Asgaard employees would provide security for Darman and train police and military forces. He stressed, however, that combat operations were not planned. He said that over 100 mercenaries could be involved in operations. Although negotiations were not yet complete, it was possible that Asgaard employees would be operating in Somalia in the near future, Kaltegärtner told Berlin's Tagesspiegel newspaper. Kaltegärtner also told the newspaper that his company employed former members of the German army's special forces, the KSK, and Germany's elite GSG-9 police force.

Several German politicians have reacted angrily to the news that former soldiers could soon be in action on the Horn of Africa. "In my opinion, this is not acceptable," Rainer Arnold, the defense expert of the center-left Social Democrats, told the Tuesday edition of the Frankfurter Rundschau newspaper. He called for new legislation to "clearly limit" such operations, adding: "One cannot privatize state violence."

Speaking to the same newspaper, Green Party politician Omid Nouripour accused the German government of not doing enough in the past to regulate private security firms. Paul Schäfer of the far-left Left Party and Rainer Stinner of the liberal Free Democratic Party, which governs in coalition with Merkel's conservatives, also criticized the deal, with Schäfer talking of a "shadow foreign policy."

Observers warn that German employees of the firm could be killed or targeted for kidnapping in Somalia. The Islamist Al-Shabab militia, which controls several regions of the country and parts of the capital Mogadishu, has allied itself with Al-Qaida, which wants Germany to withdraw its troops from Afghanistan. The Islamist groups would be pleased to get their hands on German hostages, experts say.

"If a German firm were to train and support a Somali militia, that would certainly go against Germany's interests," said Annette Weber from the German Institute for International and Security Affairs (SWP) in remarks to ARD. The German Foreign Ministry and Defense Ministry now want to look into what Asgaard is planning to do in Somalia, according to the Süddeutsche Zeitung.

The company itself tried to play down the significance of the operation. "We want to work closely together with the German government and will in no way act against its interests," Asgaard said in a statement published on its website on Sunday. "There are currently no German citizens working on behalf of Asgaard in Somalia." The company stressed that it would only begin its operations in Somalia once Darman "once again assumes control of state affairs with the approval of the UN." 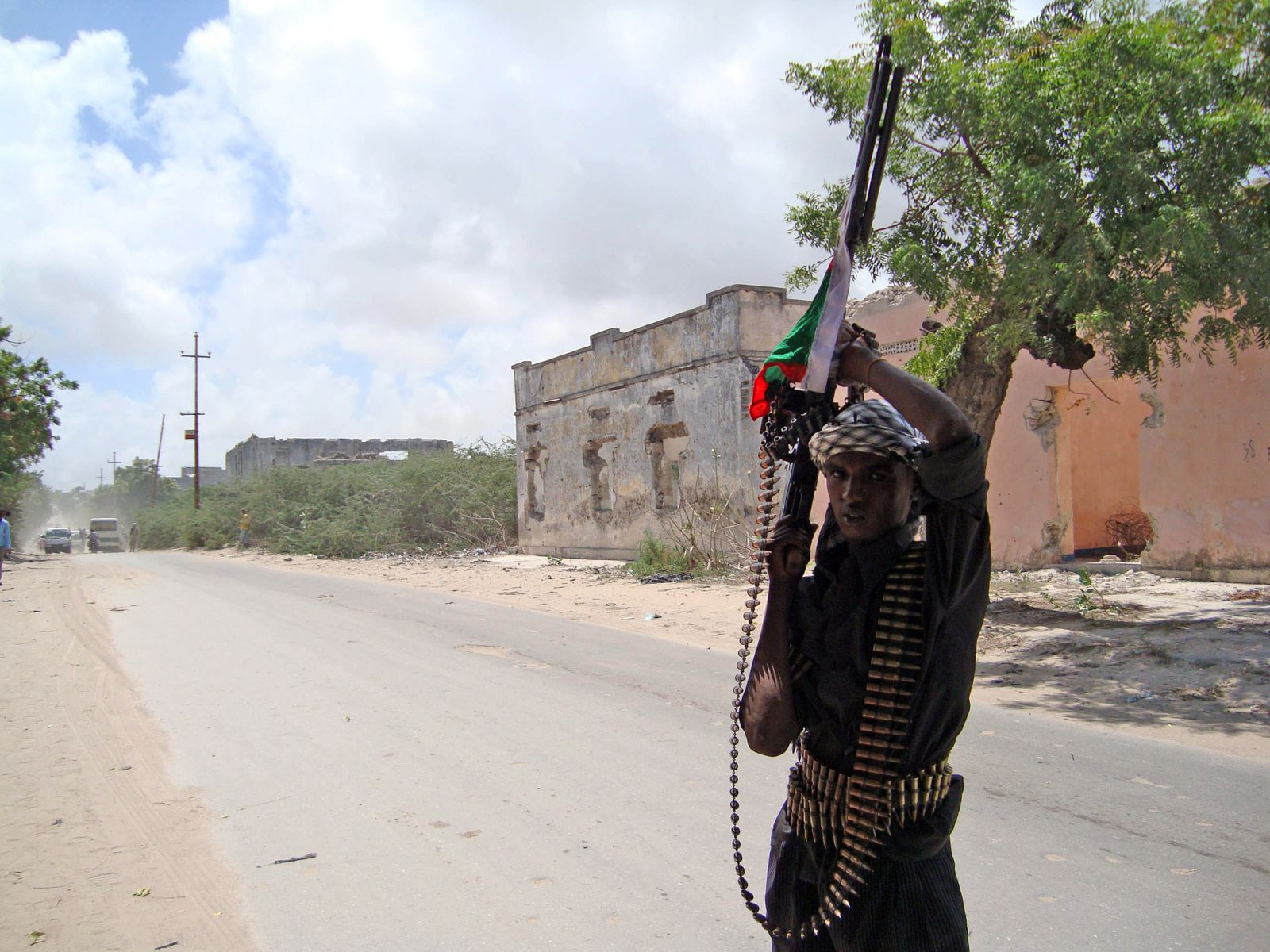 A member of a pro-government militia in Mogadishu: A German security firm has signed a deal to provide security for a Somali warlord.