Has Afghan President Hamid Karzai gone completely insane? That, at least, is what long-time associates of Karzai are asking themselves these days.

The Afghan president has twice stunned his Western allies with provocative comments in the space of just three days. First he claimed that "foreigners" were behind massive vote rigging in the presidential and provincial council elections last September. Then he announced that he would defect to the Taliban if Western countries continue to put him under political pressure.

What on earth has happened to the West's former darling, a charming head of state who is famous for his elegant silk coat and polished English?

Hamid Karzai, who is 52, is first and foremost a typical Pashtun. He is proud and power-conscious, but also sensitive. In his perception, the Americans have repeatedly insulted him, and that is something he regards as unforgivable. "We are poor, but we are a proud nation," Karzai reportedly told close associates. "I am not a servant of a colonial regime, not a puppet president -- I would rather die." This is how Karzai sees the world.

The most recent affront, in Karzai's view, came when US President Barack Obama paid him a lightning visit in Kabul two weeks ago. After Obama's departure, the New York Times -- a paper that Karzai dislikes -- reported that the US president had only come to reproach the Afghan president over his poor governance. The White House is already considering canceling a long-planned state visit by Karzai to Washington in May.

Is that really how friends treat each other? The relationship between the US and Karzai has broken down -- and can probably no longer be repaired.

A crisis has been brewing ever since the end of the term of former US President George W. Bush. At the time, then-Secretary of State Condoleezza Rice threatened Karzai by telephone that the US would no longer support him if he continued to criticize the US over civilian casualties resulting from American operations against the Taliban. Karzai, however, kept up his criticism.

Then there was the 2009 election scandal. Instead of admitting to electoral fraud and apologizing, Karzai still believes to this day that he was cheated out of a clear victory. There is also an ongoing issue relating to Karzai's brother Ahmad Wali, who is suspected of drug trafficking, which Hamid Karzai considers a personal attack on his family. He also regards the continuing allegations that his government is corrupt as an attack on his integrity.

Lunch and dinner meetings with top Obama administration officials at the presidential palace in Kabul have on several occasions ended abruptly, with heated remarks and napkins being thrown on the table. Secretary of State Hillary Clinton is the only top official with whom Karzai still maintains a relatively cordial relationship.

Sources close to Karzai believe that the Afghan president is driven by a desire for revenge against the US and may now even be willing to let his country sink into chaos in order to get that.

Holding on to Power

Karzai himself has certainly other intentions in mind, however. He has managed to hold on to power for over eight years despite many feuds and the efforts of his political enemies. Now he is taking steps to ensure his political survival for the transition and the period after the US and NATO leave Afghanistan.

Karzai knows very well that the Western allies want to withdraw their troops from his country as soon as possible. He also knows, however, that it is the foreign soldiers who secure his power. Hence the Afghan president needs to seek out new friends in good time -- allies who will still be there when the Western powers and their troops are gone.

The wily Pashtun has little desire to end up in obscurity or meet the kind of tragic fate suffered by former Afghan leaders such as President Najibullah, who was once supported by the Soviet Union but later cruelly murdered by the Taliban.

When the Americans and their allies leave, the Taliban will still be in Afghanistan. The country will also continue to have difficult neighbors in the form of Iran, Pakistan and China. Karzai is currently working on building new ties to those states -- and is making a point of doing so independently of the United States.

Karzai has taken pains to demonstrate his political independence with highly symbolic gestures, such as awarding the right to develop the largest copper mine in the region to the Chinese in the face of massive opposition from the US, and giving his visitor Iranian President Mahmoud Ahmadinejad a ceremonial send-off -- just as Obama was flying into Kabul.

Washington and Karzai may not like each other any longer. But, for better or worse, they will still need each other for the next few years. Karzai will cause further provocations by flirting with the Taliban, and the US will continue to threaten him with the end of its support.

The uneasy alliance will remain intact until one of the two sides finds a new political alternative. But that is not in sight -- not by a long shot. 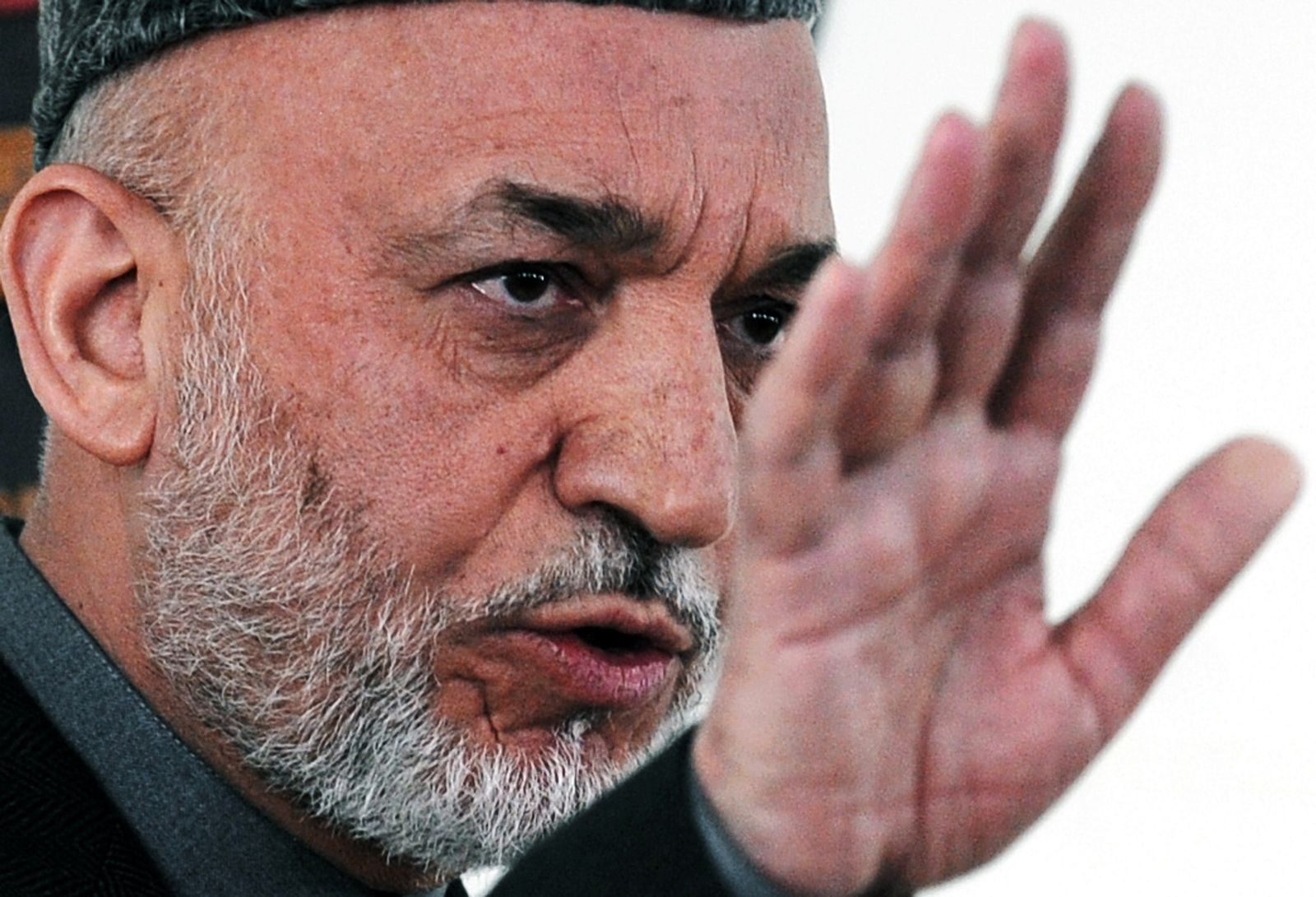 What is behind Hamid Karzai's recent attacks on his Western allies?