It would be difficult to exceed the horror shown in the photos, which feature burned, maimed and scorched body parts. The victims are scarcely even recognizable as human beings. Turkish-Kurdish human rights activists believe the people in the photos are eight members of the Kurdistan Workers' Party (PKK) underground movement, who are thought to have been killed in September 2009.

In March, the activists gave the photos to a German human rights delegation comprised of Turkey experts, journalists and politicians from the far-left Left Party, as SPIEGEL reported at the end of July. Now Hans Baumann, a German expert on photo forgeries has confirmed the authenticity of the photos, and a forensics report released by the Hamburg University Hospital has backed the initial suspicion, saying that it is highly probable that the eight Kurds died "due to the use of chemical substances."

Did the Turkish army in fact use chemical weapons and, by doing so, violate the Chemical Weapons Convention it had ratified?

German politicians and human rights experts are now demanding an investigation into the incident. "The latest findings are so spectacular that the Turkish side urgently needs to explain things," said Claudia Roth, the co-chair of Germany's Green Party. "It is impossible to understand why an autopsy of the PKK fighters was ordered but the results kept under seal."

The politician said there had been repeated "mysterious incidents of this type that are crying out for an independent investigation." Roth demanded that Turkey issue an official statement on the possible use of chemical weapons "in order to nullify further allegations."

Ruprecht Polenz, a member of the German parliament with Chancellor Angela Merkel's conservative Christian Democratic Union and the chairman of the Bundestag's Foreign Relations Committee, sees it the same way. "Turkey needs to urgently look into these accusations," he told SPIEGEL ONLINE, adding that an international investigation would be the best approach.

Turkey has been suspected of using chemical weapons for years, points out Gisela Penteker, a Turkey expert with the international medical organization International Physicians for the Prevention of Nuclear War. "Local people have said that again and again," she explained. Finding proof is difficult, however, she said, because bodies were often released so late that it was hardly possible to carry out a thorough autopsy.

In Turkey, human rights advocates have long demanded an investigation. The army, however, has refused to comment on the issue. Similarly, the government of Prime Minister Recep Tayyip Erdogan has been stubbornly silent or tried to portray the accusations of war crimes as "PKK propaganda."

"The prime minister is not interested in human rights violations," says Akin Birdal, a member of the Turkish parliament whose pro-Kurdish BDP opposition party has repeatedly questioned in parliament if Erdogan's war in the southeast of the country is really being conducted legally. In Birdal's view, the only thing that matters to Erdogan is that the army eradicates the PKK problem once and for all "by any means necessary."

The Turkish Foreign Ministry has rejected the accusations, according to the Berlin daily newspaper Die Tageszeitung, which reported on the case Thursday. Turkey is a signatory to the Chemical Weapons Convention, and its armed forces do not possess any biological or chemical weapons, the ministry reportedly said.

The newspaper also reports that it has obtained additional, shocking pictures in the meantime, supposedly autopsy photographs of six other killed Kurds. These images, too, have now been submitted to the Hamburg-based experts. 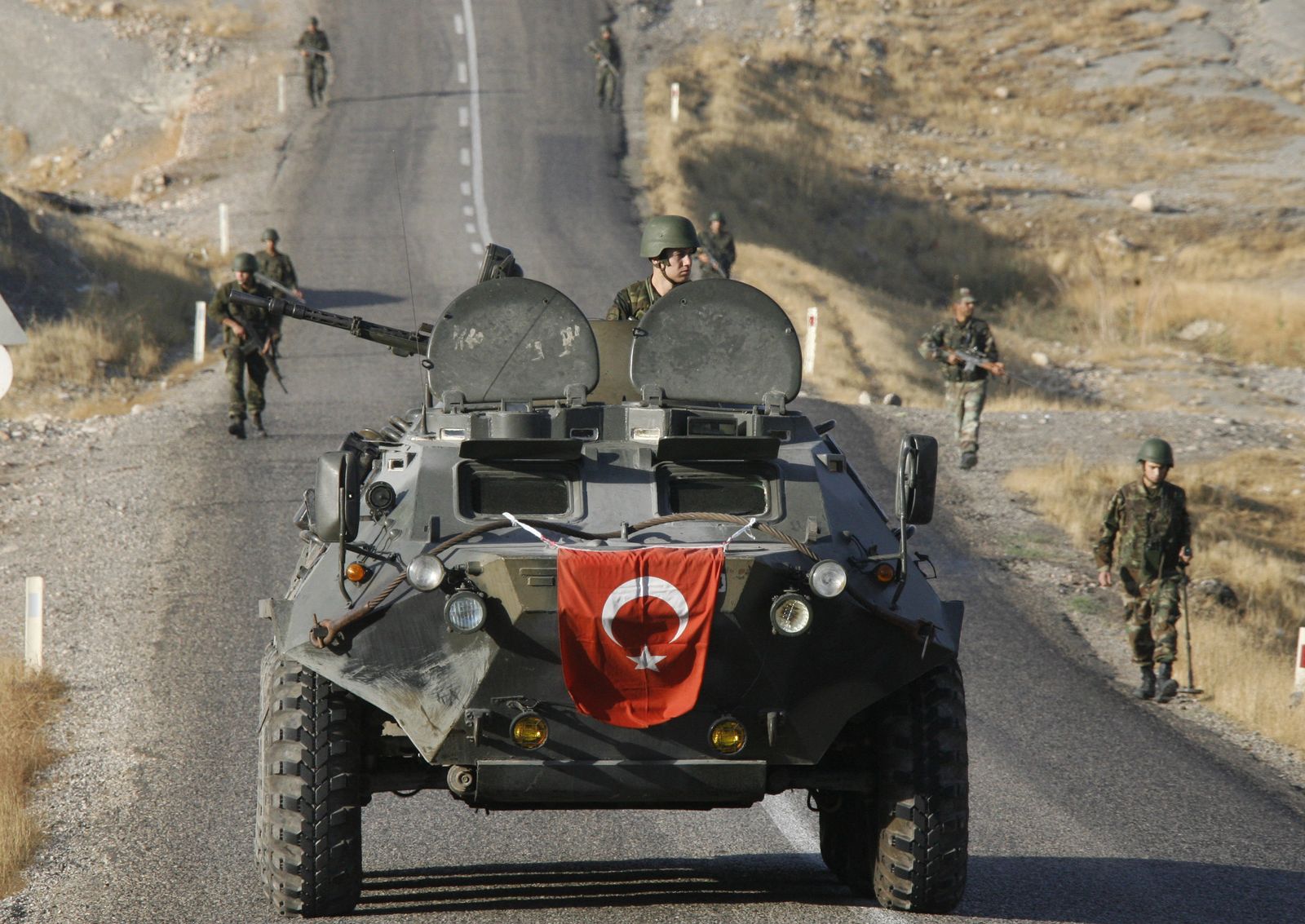 Turkish soldiers on patrol in a Kurdish area of southeastern Turkey: Did the Turkish military use chemical weapons against the PKK?