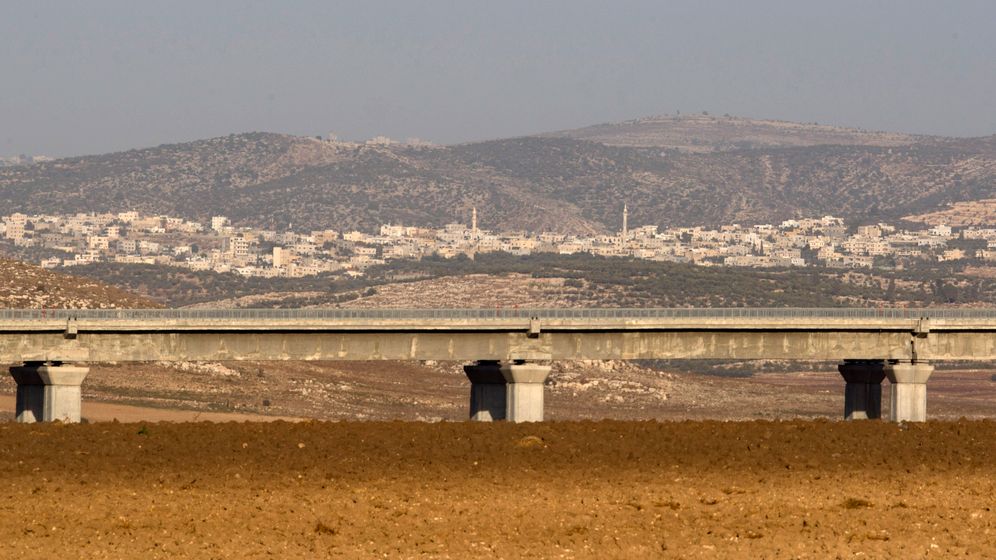 Germany's state-owned national rail operator Deutsche Bahn is a world leader in railway technology, and other countries often call on German expertise when planning their networks. But the involvement of a Deutsche Bahn subsidiary in a controversial planned high-speed line in Israel, which cuts through the occupied West Bank, could prove embarrassing for the company.

The high-speed rail link is set to connect Tel Aviv and Jerusalem, reducing travel time between the two cities to just 28 minutes. The planned route would solve one of the country's biggest transport problems: The current stretch takes 90 minutes and is little used, while highways between the cities often experience massive traffic problems.

Two sections of the line, totalling 6 kilometers (3.75 miles) in length, pass through the West Bank. Much of that stretch will run through tunnels, but Israeli peace activists argue that the route violates international law as Israel will be taking Palestinian land for tunnel portals and access roads.

"By crossing the … border into the West Bank, the … train line is unlawful and unethical," argues the Coalition of Women for Peace, a group of Israeli feminist peace organizations which has compiled a report on the project. The coalition argues that international law states that an occupier may not use occupied resources solely for the benefit of its own citizens. "This line was planned for the exclusive use of Israeli citizens; it is imposed on the local Palestinian residents by the dictates of a military regime, in which they have no representation; and it would be completely inaccessible to the local residents," the report argues.

The coalition has called on the European companies that have been involved in the planning and construction of the route -- including Deutsche Bahn subsidiary DB International (DBI) -- to pull out of the project.

DBI denies involvement in planning the high-speed route, however. DBI spokesman Bernd Weiler told SPIEGEL that the company could not rule out the possibility that German expertise might be used for all of Israel's rail lines -- including the Tel Aviv-Jerusalem route -- as DBI had provided general consulting services for Israel Railways, the state-owned national rail company.

A report that has been seen by SPIEGEL provides evidence of concrete support from DBI for the Tel Aviv-Jerusalem route, however. DBI's predecessor, DE-Consult, prepared several studies for the project on behalf of Israel Railways, including a travel-time comparison of the route through the West Bank with the stretch that was originally proposed, which kept to Israeli territory. The report's conclusion was that, in terms of travel time, the alternative route through the West Bank was just as suitable as the original plan.

"They had the complete maps in order to make these calculations," Dalit Baum of the Coalition of Women for Peace told SPIEGEL. "It is impossible that DBI does not know that the route runs through occupied territory." DBI was also involved in the electrification of the line, Baum said. The Austrian company Alpine Bau, which had been contracted to do the tunneling, had chosen to back out of the project before construction started, according to the organization's report.

Residents of the Palestinian villages of Beit Surik and Beit Iksa in the West Bank are particularly concerned about the project. The route runs close to their communities, and locals fear that their fields will be destroyed due to the construction of bridges and tunnels. They also speculate that Israel might later deny them access to the area for security reasons. "The 6 kilometers of the railway route which fall outside the official Israeli state borders are creating devastating effects on the … Palestinian communities in the area," writes the Coalition of Women for Peace.

Beit Surik has already lost 30 percent of its land through the construction of the Israeli security barrier in the West Bank, which is partially built on Palestinian territory, while Beit Iksa has lost 60 percent of its land as a result. The communities will not, however, benefit from the new train line, as no stations are planned in their villages. The planned train line passes along the Israeli side of the security barrier.

The initial version of the plans foresaw the route passing closer to the Jerusalem suburb of Mevasseret Zion, which would have meant the line staying well within Israeli territory. Local residents protested against the plans, however, claiming that the train line would have blighted their views and brought down property prices. "It was easier for the planners to move the railway line than to negotiate a compromise with the Israeli citizens," says Baum.

The route looks set to become another bone of contention between Israel and the Palestinians. The Palestinian Authority will "resort to all legal and possible diplomatic methods to try to end this violation of Palestinian rights," spokesman Ghassan Khatib recently told the Associated Press. He urged foreign companies to pull out of the project.

The Israeli government insists that the route will in the future also benefit Palestinians, saying that planning has begun on an extension that would connect the West Bank city of Ramallah with the Gaza Strip. The Coalition of Women for Peace describes that argument as a "cynical ploy" to justify the project.