For the past 42 years, Colonel Moammar Gadhafi held an address to his nation every Sept. 1. It's a tradition the Libyan dictator clearly didn't want to give up. The ousted despot sent out an audio message on Thursday from his hiding place that was then broadcast by Syrian satellite channel Arrai.

"We won't surrender again, we are not women, we will keep fighting," Gadhafi said in the message, broadcast on the anniversary of the 1969 revolution that saw him rise to power.

Even if troops loyal to Gadhafi still control a few smaller cities in Libya, few people expressed any fears over the bizarre message. It merely served as a confirmation of the degree to which Gadhafi has lost touch with reality, coming as it did at the same time as the new forces in power in Libya were meeting in Paris with representatives of 63 countries, as well as international organizations, to pave the way for democracy in the desert nation. In Paris, Gadhafi had already become a page in the history books.

French President Nicolas Sarkozy and British Prime Minister David Cameron had invited the international community to a conference of the "Friends of Libya" at the presidential Elysee Palace in Paris to officially celebrate the end of the Gadhafi era and to provide backing for the rebels' National Transitional Council.

Patting Each Other On the Back

The two European leaders, whose countries carried the bulk of the burden of the NATO strikes against the regime, didn't miss the opportunity to pat each other on the back for their work on Thursday. Host Sarkozy said they had succeeded in building a coalition that brought both the East and West together. He expressly praised the contributions of Arab countries that included Qatar, the United Arab Emirates and Jordan, who all supported the NATO deployment from the start. One day earlier, during a meeting of French ambassadors, Sarkozy described the victory over the Gadhafi regime as a turning point of almost historical dimensions. For Sarkozy, Gadhafi's downfall comes at a good time -- foreign policy is the only area at the moment where the French president is able to announce any positive news.

Aside from the self-praise for the military success, the high-ranking representatives concentrated on the future of a country that has been ravaged by both a dictatorship and war. At the urging of the National Transitional Council, Sarkozy and Cameron both announced that they would free some Libyan foreign accounts that had been frozen. At the start of the conflict, most of the Gadhafi regime's foreign bank accounts were frozen, with access to a total of up to €100 billion blocked. That money is now intended to be used to finance the country's reconstruction.

France announced the release of €1.5 billion ($2.14 billion), Germany said it would free €1 billion and the US opened access to another billion. The British Royal Air Force has already delivered the first new dinar notes to Libya. A British currency printing company had printed the notes, valued at €1.1 billion, on behalf of Gadhafi's regime, but the cash had not been delivered following the freezing of Libyan assets.

In addition, German Chancellor Angela Merkel pledged assistance in establishing a new police force. She also said that Germany could aid reconstruction efforts in the areas of water supplies, hospitals and transportation.

Cameron praised the orderly transition that the Libyans have organized so far. But there are still fears that the country could slip into chaos, he added, then calling on the new leaders to prevent that from happening. "We cannot afford a failed pariah state on Europe's borders," he said.

US Secretary of State Hillary Clinton urged the rebels to ensure that Gadhafi's huge arsenal of weapons could not threaten Libya's neighbors or the rest of the world. She also called on the National Transitional Council to protect the rights of all Libyans, particularly of minorities and women. There have been reports of attacks on black African immigrants suspected of being mercenaries fighting for Gadhafi.

The main message from Paris was, however, one of support: The easing of the sanctions was intended to allow the Transitional Council to shape its "political direction" and formulate its demands, said French Foreign Minister Alain Juppé. But that will be a huge challenge, given the ongoing fighting, lack of security forces and destroyed infrastructure, not to mention the country's lack of a democratic tradition. An election now has to be organized in a country where no elections have taken place within "living memory," said Ian Martin, the United Nations envoy to Libya.

The head of the National Transitional Council, Mustafa Abdul-Jalil, laid out a timetable for democratization at the conference. First, a conference would be held including representatives of all the country's tribes, ethnic groups and provinces, he said. It will elect a constitutional convention -- which will write a new constitution for the country -- and a transitional government. The first elections will be held within 18 months. Western leaders promised to support this process by supplying experts. Cameron emphasized that the plan was not "being dropped out of a NATO aeroplane," but had been drawn up by the Libyan people.

The National Transitional Council was also able to win additional powerful allies in Paris. Russia recognized the new rulers as the legitimate representatives of the Libyan people. Only the African Union, which had enjoyed Gadhafi's support as a regional patron, is still having difficulty accepting the leaders of the new Libya. South Africa, for example, boycotted the Paris meeting.

But the West's support is not entirely altruistic. Part of the reason for the rapidly increasing number of "friends of Libya" is the prospect of lucrative contracts in the oil-rich country. Ahead of Thursday's meeting, the French daily Libération reported on what it claimed was a secret agreement between France and the rebels. According to the newspaper, the National Transitional Council sent a letter to the emir of Qatar, who is apparently serving as a middleman between Paris and the rebels, in the spring promising France 35 percent of Libya's oil production in return for "its total and permanent support" of the Transitional Council as the legitimate representative of Libya.

If true, the supposed deal, which the French government and the National Transitional Council promptly denied, would reveal France's lofty humanitarian motives to be nothing more than base petropolitics. But there is other evidence of Paris pursuing oil-related diplomacy. Earlier this summer, French businessmen traveled to Libya to make sure that the contracts concluded under Gadhafi would also be recognized by the rebels. French companies will meet government officials in a closed-door session in Paris next week to discuss possible business opportunities in post-Gadhafi Libya.

The other patrons of the new Libya are biding their time, however. A British delegation, for example, will only travel to the country when the conflict is finally over. Reacting to criticism from London's business community that the country was proceeding too slowly compared with their French and Italian rivals, British Foreign Secretary William Hague assured reporters on Thursday that Britain "won't be left behind." 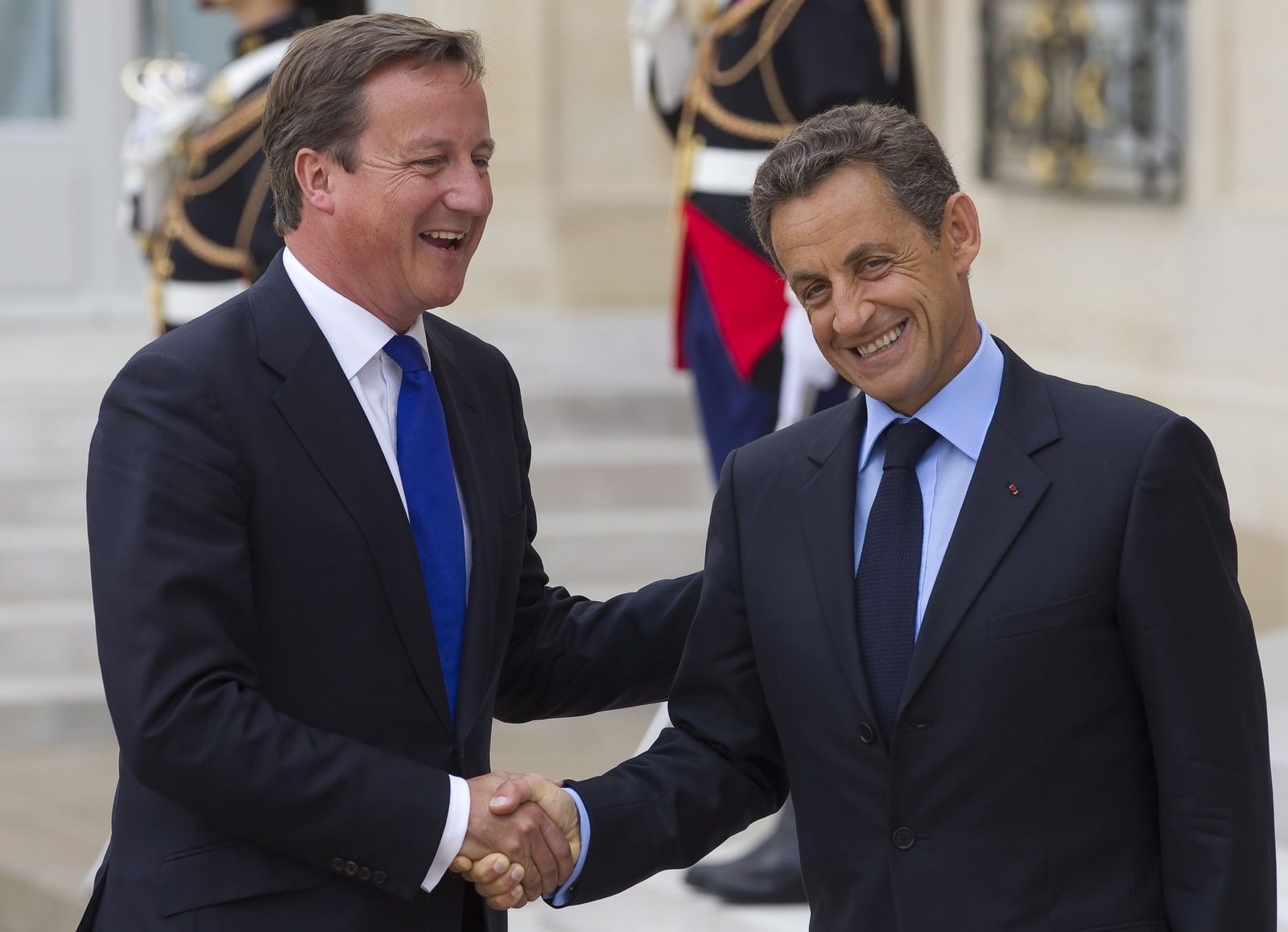