Peter Wittig is sitting in the briefing room of the United Nations Security Council, between his counterparts from India and Gabon. The Iranian nuclear program is on the agenda.

Wittig is criticizing Tehran for its continuing violation of UN resolutions. The French and American ambassadors are in support of his position, while the Russian and Brazilian ambassadors see things somewhat differently. The back-and-forth once again highlights where the front lines are to be found in the Security Council, the most powerful body in the UN.

The exchange is a reflection of which countries usually band together in the Security Council, the most powerful body of the UN.

Such was the case, at least, until March 17 of this year. That was the day on which the Security Council passed its Resolution 1973 on Libya, which called for the implementation of a no-fly zone and the use of military force to protect the civilian population. All Western and African members of the council voted in favor of the resolution. Except for one.

Wittig, the German UN ambassador, was forced to abstain from the vote, on instructions from Berlin. It was a decision which redrew the Security Council alliances -- Germany suddenly found itself grouped together with Russia, China, India and Brazil. More than that, the vote represented a break with Germany's foreign policy maxim to never oppose its European partners and the United States.

It was just one year ago that Germany was elected to serve a two-year stint as a non-permanent member of the council. The choice was seen as Foreign Minister Guido Westerwelle's greatest success to date. And it was intended as a first step on the road to a UN reform and a permanent German seat on the council.

But with Westerwelle in New York this week to attend another session of the UN General Assembly, Germany's record on the Security Council to date is worse than even the greatest pessimists had expected. The Germans had hoped to portray themselves as a force for good and to exert a positive influence on Western policies. Instead, Berlin must now prove to its partners that it remains reliable. Germany, at the moment, has little leeway at the UN.

Furthermore, Berlin's declared goal of becoming a permanent Security Council member has receded far into the distance. Why should the Americans, French or British stand behind a partner who cannot be relied upon in an emergency? Its election last year to the council has harmed more than it has benefited Germany.

At the Deutsches Haus, located across from the UN headquarters building, Wittig tries to sell Germany's eight months on the Security Council as a success. The ambassador is a calm, competent man. He has an excellent reputation in New York, even among those who believe that the German government's foreign policy has been a failure. But it is Wittig who must take the blame for contradictions in German foreign policy; he cannot act against instructions from Berlin.

And there are some successes he can point to. Under the German presidency, the Security Council approved a statement on climate protection and security policy. It wasn't easy, especially given the Russians' prolonged opposition. Wittig also mentions the resolution to protect children in armed conflicts, the result of a German initiative.

Small steps to be sure, but important nonetheless. Still, big mistakes are of much greater consequence. A conversation with Wittig's counterparts on the Security Council reveals that the Libyan case still overshadows everything.

The incident, after all, revealed a fundamental problem of German foreign policy. The German economy is one of the world's strongest and the country has the largest population in the European Union. It is natural, and perfectly legitimate, for Berlin to want a say in key issues.

But the government cannot then limit its engagement to climate protection and the rights of children. Such issues are not morally complicated. But a country that is trying to win a permanent seat on the Security Council must also be prepared to answer the most important question when necessary: War or peace? Simple answers to that question are rare.

Both Westerwelle and Chancellor Angela Merkel underestimated the impact of their strategy of avoidance when it came to Libya. "If there was a message behind Germany's decision to abstain, we didn't hear it," says one diplomat in New York. "We were all very disappointed."

Even prior to the Libya vote, Germany had become aware that even its closest allies were not willing to grant Berlin a special role. The Germans wanted to be involved in preliminary discussions among the French, British and Americans, as the Security Council veto holders established their position for future sessions. But Berlin was coolly and decidedly rebuffed. Instead, the Western powers merely promised to keep Germany informed.

Indeed, from the perspective of New York, German influence is extremely limited. A different hierarchy prevails in the UN than in the European Union, even among the Europeans. The Germans and the French are the closest of partners in the EU; at the UN it is Paris and London.

The veto powers enjoy a special status. From their standpoint, the Germans are still novices in international politics. For the French and the British, there is no reason to support Germany's petition to join their club. "There are the five permanent members, and then there are the others," says a German diplomat. "This is a fact that we have to get used to again and again."

'No Position, as Usual'

But Germany has no partners other than its traditional allies, and that too is a lesson from its tenure on the Security Council. Westerwelle had made it his goal to refute that reality. He wanted to upgrade regional powers like India, Brazil and South Africa to be strategic partners that could support Germany on the occasions when it was not in agreement with the Europeans or Americans. What's wrong with being in the company of Brazil and India, Westerwelle asked himself after the Libyan decision?

The answer, after the eight months Germany has spent with these countries on the Security Council, is plenty. The two countries may share many of the West's values. But when it comes foreign policy, their main objective is to demonstrate their independence from the Europeans and Americans.

In the discussion of what to do about Syrian dictator Bashar Assad, the governments in New Delhi and Brasilia are part of the problem, not the solution. They are resisting a tougher resolution. And in the conflict over the Iranian nuclear program, Brazil, in particular, has not proven very helpful on the Security Council. In the end, Germany is indeed dependent on its traditional allies.

Just how difficult the foreign policy balancing act is for the German government will be evident once again in New York this week, when the Palestinians are expected to apply for membership. The German government is the biggest obstacle to a joint European position.

"Germany has no position yet, as usual," one diplomat wrote in a wire report from New York to his country's capital. "In the end, they'll probably abstain." 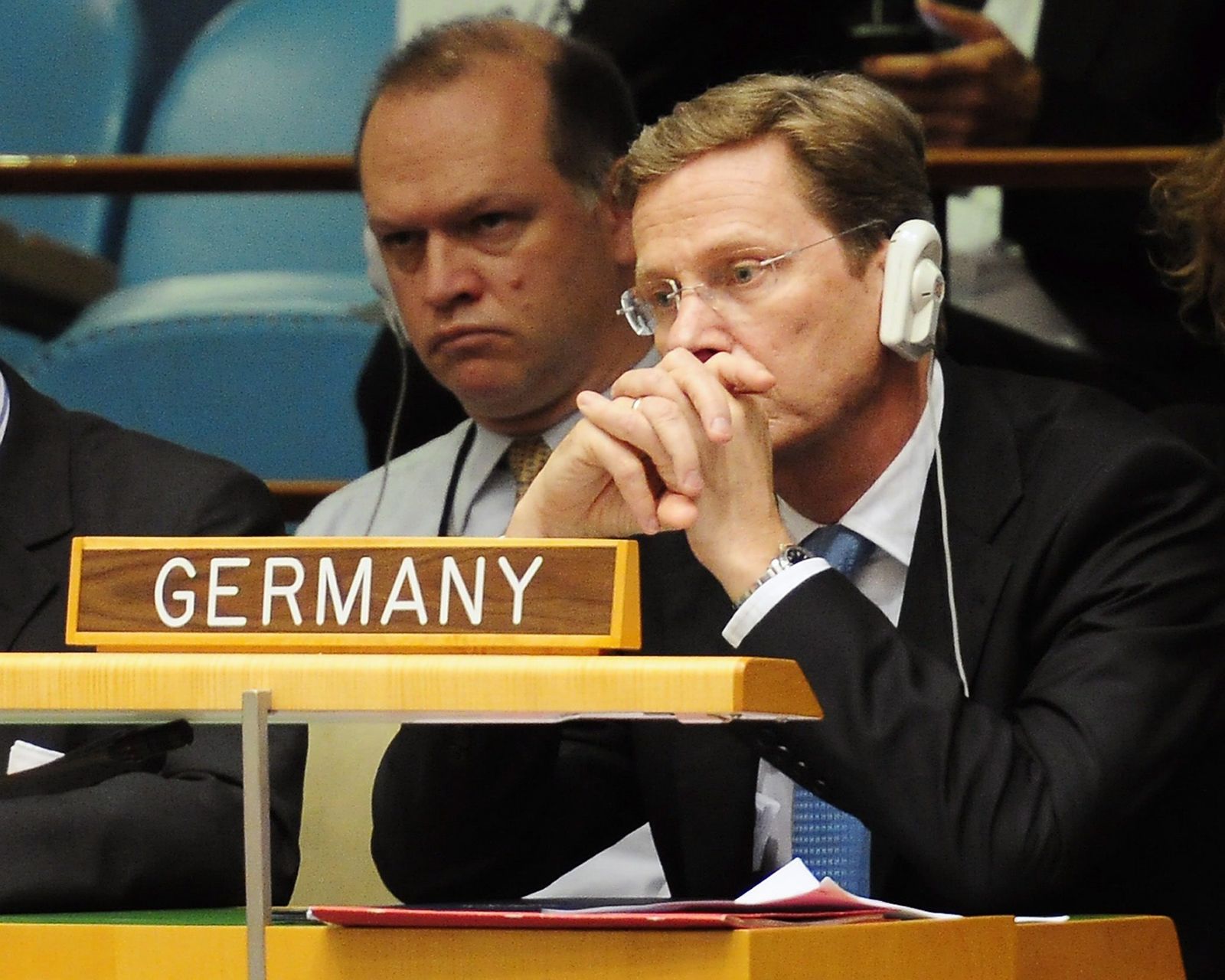